Many people know that when it comes to Chinese food, the word “Sichuan” probably means “mouth on fire, lips-tingling, tongue-burning spicy.”

Sichuan province in China is known for its abundant use of chili peppers and peppercorn, and the fiery cuisine has become extremely popular throughout major cities around the United States.

However, Sichuan cuisine is only one of many specialized groups of Chinese chow.

In this post, we cover a few of the more prominent and interesting regional foods of China.  Before you start, you may want to check out this awesome, super informative live hangout where Yangyang teaches you how to read a Chinese menu. 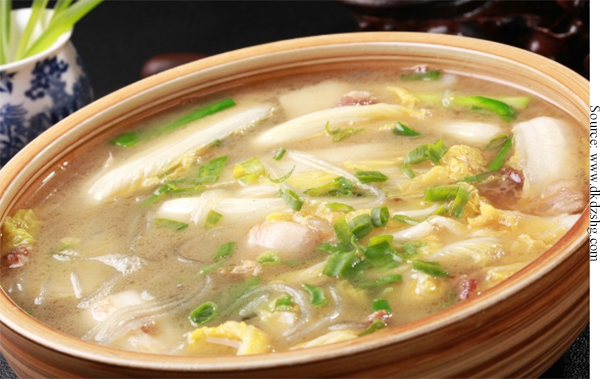 We are starting off the list with a cuisine that’s near and dear to my heart, the cuisine of the northeast.

Growing up in Harbin, the capital of the northernmost Chinese province, I am more than familiar with the bitter northeast winter cold. The winters in northeastern China last up to six months, with extreme cold temperatures that often drop to -35 degrees Fahrenheit (-38 Celsius) below zero.

With such extreme cold temperatures, it's no wonder that the food of the northeast is characterized by large portion sizes and hefty caloric counts.  The most popular cooking method is 炖 (dùn)

, which means to braise or stew.

- chicken braised with mushrooms. Both were two of my favorite foods growing up, when a hearty bowl of stew was the perfect way to warm up after walking home from school.

In Mandarin Chinese, the word “northeast” is expressed as “east north”, with the character 东(dōng)

-north. The same goes for words such as "西南 (xī nán) 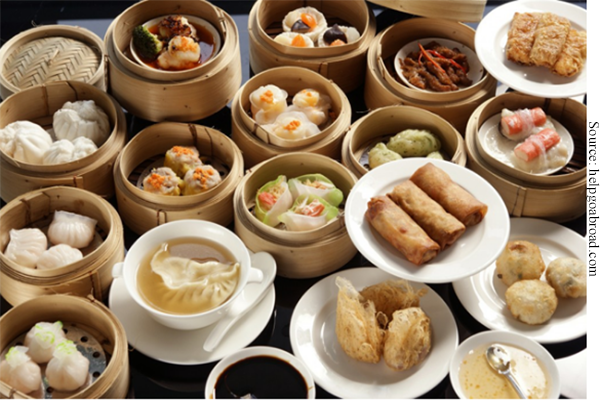 An entirely different style of cuisine is the food of Guangdong, which is located in coastal southeast China, close to Hong Kong and Macau. The cuisine of Guangdong is characterized by its focus on using the freshest ingredients. Seasoning and sauces are used sparingly in order to let the natural flavors of the ingredients truly shine.

, is a super unique and fun way to have brunch.

In a typical dim sum restaurant, bite-sized portions of delicate foods are placed in small bamboo baskets, and pushed around in a cart by the server to each table, so diners can grab what they want to eat without ever leaving the table or placing an order. 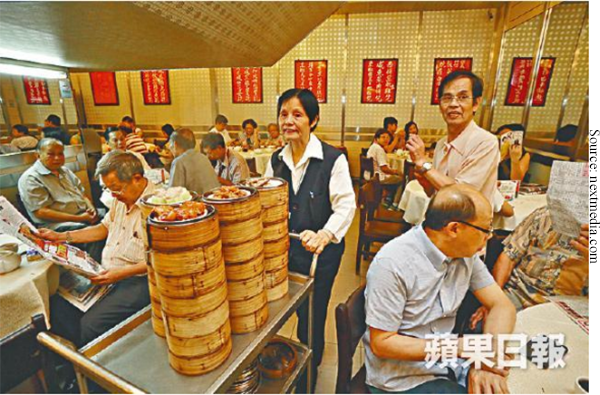 Pro tip: it's best to go with a group, so you can sample many dishes such as 小笼包 (xiǎo lóng bāo)

- shrimp dumplings without overstuffing yourself.

Read more about 6 authentic Chinese dishes you have to try! 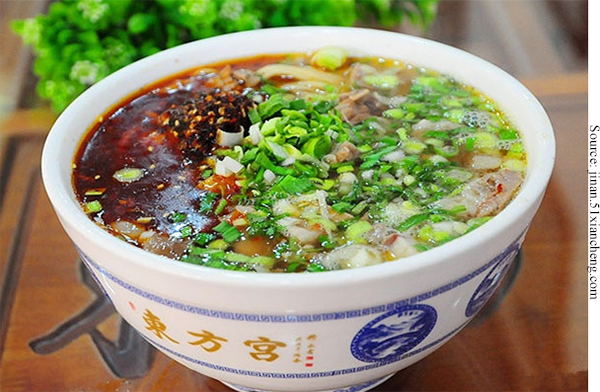 , means to pull or stretch. The noodles in Lanzhou lamian are stretched hundreds of times by hand, giving it that springy, chewy texture it's known for. 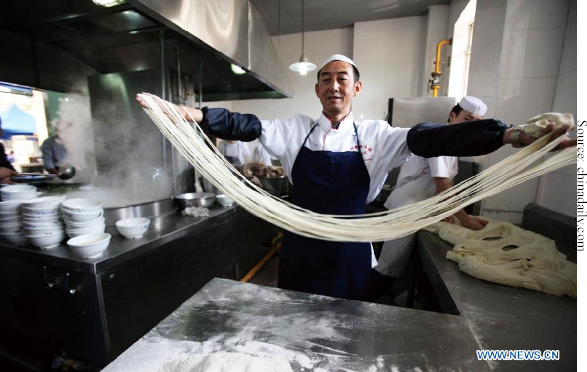 or beef noodles, is deliciously fragrant and decidedly hearty. The beef is braised in ginger, cloves, and star anise, and served thinly sliced on top of the noodles. The dish is usually served with homemade chili oil, and garnished with chopped scallions and cilantro.

When I was growing up in Harbin, the three most popular American fast food chains were Mcdonald’s, KFC, and California Beef Noodles, which was supposedly a popular chain in the United States. The food at California Beef Noodles wasn’t the most authentic,  but we slurped down bowl after bowl of the hot beef noodles anyway, envisioning groups of Chinese Americans and Americans doing the same in California.

It never occurred to us that the chain actually does not exist in California! Turns out, the chain was founded in Beijing by a Mr. Lee, who is a Californian Chinese-American. I have never seen any California Beef Noodles in the US, though the chain is still quite popular in China. 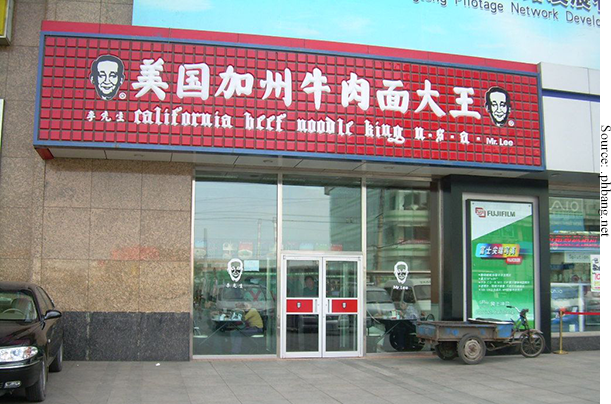 If you are ever wandering the streets looking for delicious Lanzhou noodles, but all the signs around you are in Chinese, fret not.  The character for "兰 (lán)"

is fairly easy to spot. If you see three horizontal lines, that is the Chinese character 三 (sān)

is wearing a pair of bunny ears, that is the character for 兰 (lán)

, you are probably steps away from a piping hot bowl of tasty noodles! 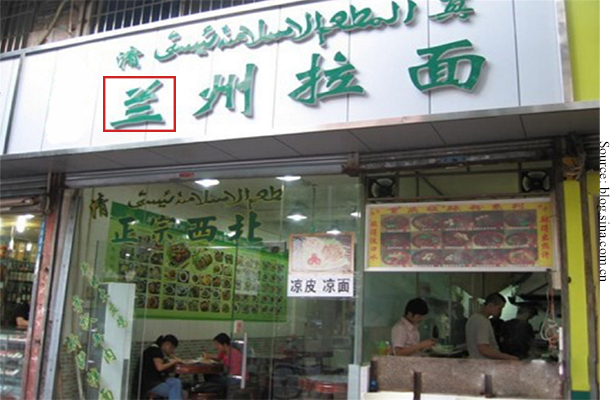 Learn how to ask: do you like to eat Chinese food? 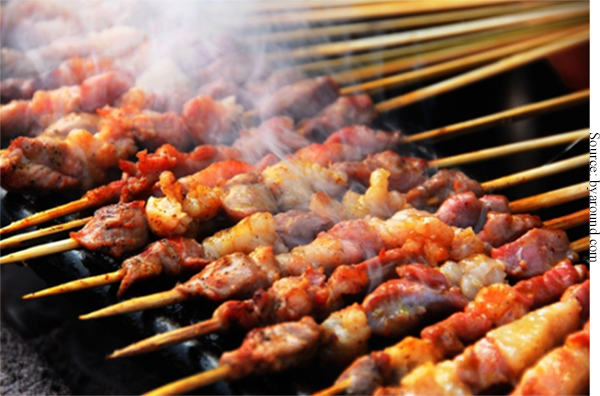 The northwestern territories of China consist of vast stretches of deserts and mountains, which serve as home to many ethnic minority groups. One such group are the Uyghurs, a Turkish ethnic group that resembles both Caucasians as well as East Asians. 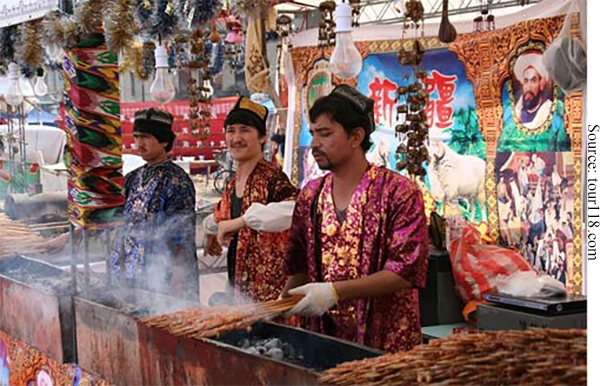 The cuisine of the region is similarly impacted by the diversity in the region. Mutton and lamb is the predominant meat, due to the Islamic / Halal influences from the Uyghurs that don’t eat pork. Open-fire cooking is also popular - featuring techniques such as 焙烧 (bèi shāo) 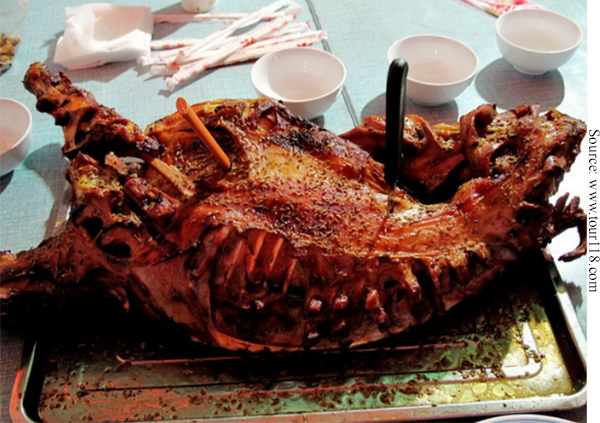