Pinyin ChartBlog
Last week, while driving through the humid, bustling streets of central Shanghai, a taxi driver pointed out the site of the first meeting of China’s communist party. “我知道 (wǒ zhī dào)

He was so excited at a foreigner’s interest in the history of his country that he launched into an animated conversation about all the other amazing historical sights of China.

– history is a great way to bond with Chinese friends, colleagues, and family. But, over just the past 150 years, China has seen the fall of an ancient imperial dynasty, several major revolutions, and grinding poverty followed by globally unmatched development. It’s a lot to keep track of!

That’s why to help you get started, I’m introducing my five favorite books about Chinese history.
1. "Wealth and Power" - by Orville Schell and John Delury

– rejuvenation are printed all over the train. In fact, the entire service is known as the "复兴号 (fù xīng hào)

– rejuvenation line". Read this book and you’ll understand why.


Through the personal stories of eleven major figures in Chinese history, "Wealth and Power" – or 富强 (fù qiáng)

in Chinese – traces China’s long quest for “rejuvenation” after falling from its position as the world’s most powerful economy and leader of East Asia.

As the book shows, since China was defeated in the Opium Wars of the 1800s, the struggle for “national rejuvenation” through 富强 (fù qiáng)

has been a central goal of Chinese leaders from all walks of political life.

From high-speed rail to school textbooks, the historical quest for 复兴 (fù xīng)

– rejuvenation is ingrained in Chinese society, and is absolutely crucial for understanding modern China. 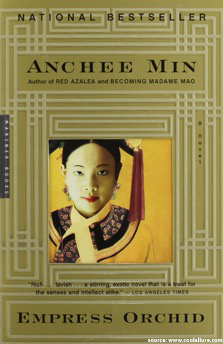 I first read "Empress Orchid" as a teenager, years before coming to China. The novel tells the story of Orchid, a young country girl who seizes the chance for a better life through becoming an imperial concubine.


Based on a true story, this super-readable introduction to late Qing history perfectly mixes romance with the politics, plotting and bribery of the court.

I was also capitvated by the luxury of the imperial forbidden city, especially the descriptions of the extravagant clothes and meals (99 dishes!).

This is one of the books that first sparked my interest in China. In fact, if I’d never read "Empress Orchid", I might never have come here (or be writing this blog post!).

Luckily, there’s a sequel too. "The Last Empress" follows Orchid through her ascent to ultimate power in China, and her struggles against court rivals and foreign invaders. It’s a great introduction to the end of the Qing dynasty (and with it the fall of imperial China) – a major turning point in Chinese history.


3. "Deng Xiaoping and the Transformation of China" - by Ezra Vogel 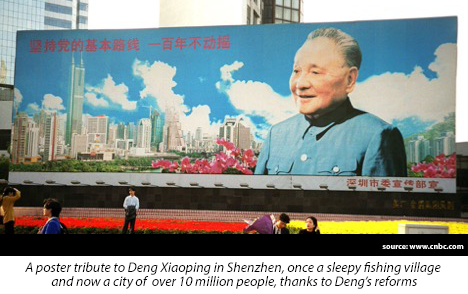 Four decades ago, China was one of the poorest countries in the world. Bicycles and watches were prized possessions, and meat was a rare treat.


Today, in my neighborhood in Shanghai, you can find a riot of restaurants selling all kinds of food, shops selling pretty much everything you could want, people sipping Starbucks, dozens of gyms, and – best of all – craft beer.

In fact, I live in one of the less developed parts of the city. And Chinese cities all over the country are vibrant, fast-moving, economic powerhouses.

Deng Xiaoping is the man that made all of this possible. In 1978 – after fighting his way to the top after the death of Mao Zedong – Deng took a huge risk and decided it was time to change China’s communist system.

There are many books about how Deng opened up the economy to market forces and international investment, kickstarting China’s amazing economic transformation. But this one, written by a former U.S. intelligence officer and Asia expert, is one of the most detailed and accurate.
4. "A Dictionary of Maqiao" - by Han Shaogong 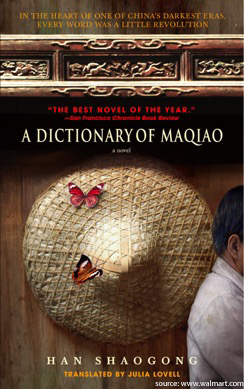 During the 1960s and 1970s, millions of young urban Chinese were sent to the countryside by the communist government to learn about the hardships of rural life. Han Shaogong was one of them.


Originally from Changsha, the capital of Hunan province, at 15 years old Han was sent to the countryside in Northern Hunan, where he spent six years living and working in a remote rural village.

– "A Dictionary of Maqiao" is based on his experiences. Set in the fictional village of Maqiao, and written as a dictionary of the Maqiao language, each new expression introduces an aspect of local life.

This truly unique book gives a vivid, fascinating portrait into the confusing, charming, and often amusing village customs of 1960s and 1970s China.

It’s also a great introduction to the work of Han Shaogong, one of the most important Chinese authors of the late 20th century.

If you want to impress your Chinese friends with your knowledge of modern Chinese literature, this is the book for you!

* Note: you don’t have to read the original Chinese, luckily there is a great English translation.
5. "China's War with Japan" - by Rana Mitter 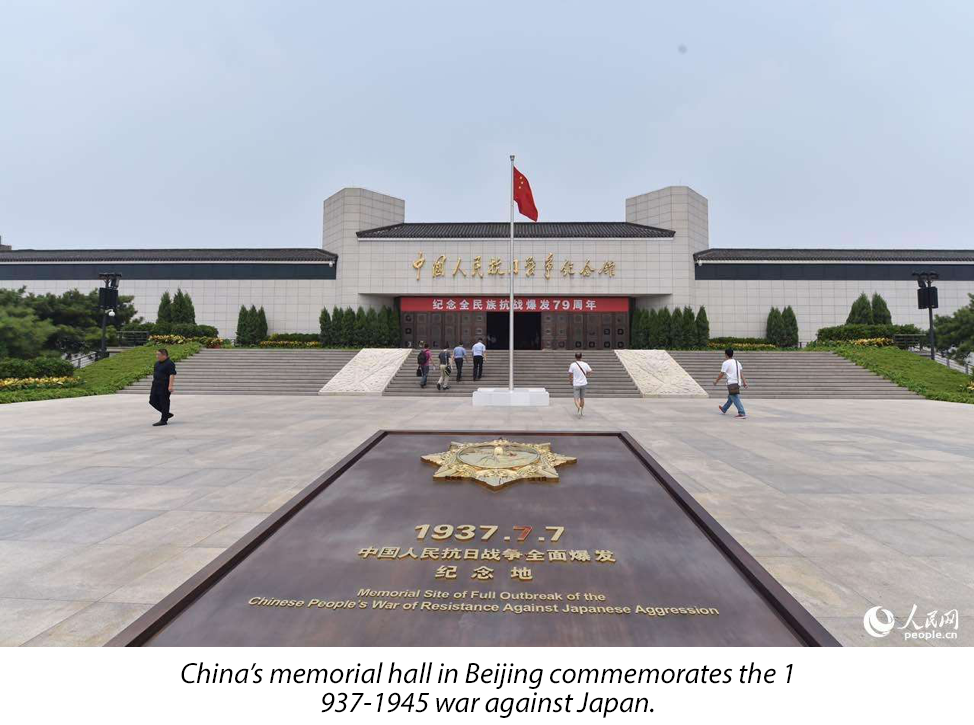 When I was in high school in Scotland, one of our most important topics in history class was the Second World War.


We learned about Hitler’s invasion of Europe, the alliance between the “Big 3” (Roosevelt, Churchill, and Stalin), and the Japanese surrender after being hit by American atomic bombs.

But we didn’t learn about China’s war with Japan.

From 1937 – even before the start of the war in Europe – until 1945, China was locked in a bloody and bitter struggle against a Japanese invasion. In fact, in China the Second World War is often simply referred to as the 抗日战争 (kàng rì zhàn zhēng)

– War of Resistance Against Japan.

Based on years of scholarly research, the book tells the story of the major leaders, including Mao Zedong and Chiang Kai-shek, but also looks at how the war affected ordinary citizens.

, world history could have been totally different. Read it to understand how the China-Japan fight shaped the Second World War in East Asia and around the world.

Looking for more great books about China?  Check out this post, "5 Books About China You Should Be Reading".

Learning Mandarin is your key to the huge world of Chinese history and culture!  Learn to speak and understand Chinese with our Conversational Courses and learn to read and write with our Chinese Character Courses.

The first units in each course are free, so check it out and see how we make learning Mandarin possible:


Have a great book recommendation about China or Chinese history?  Let us know in the comments below!