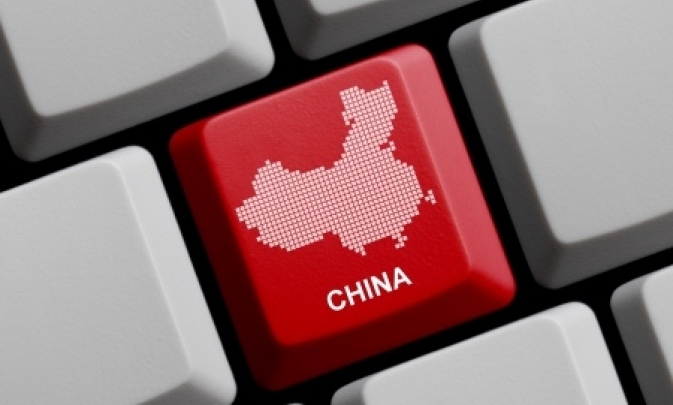 One of the toughest things about learning a new language is becoming familiar with the local slang. This is particularly true in China, where 网民 (wǎng mín)

- netizens love to come up with new, entertaining slang terms that confuse foreigners (and older Chinese!).

But, if you can master some of these words then your Mandarin will instantly sound more fresh and fluent. That’s why we’re introducing some of China’s hottest 俚语 (lǐ yǔ) - slang

. In this blog post we’ve got six great words that describe people or social groups. 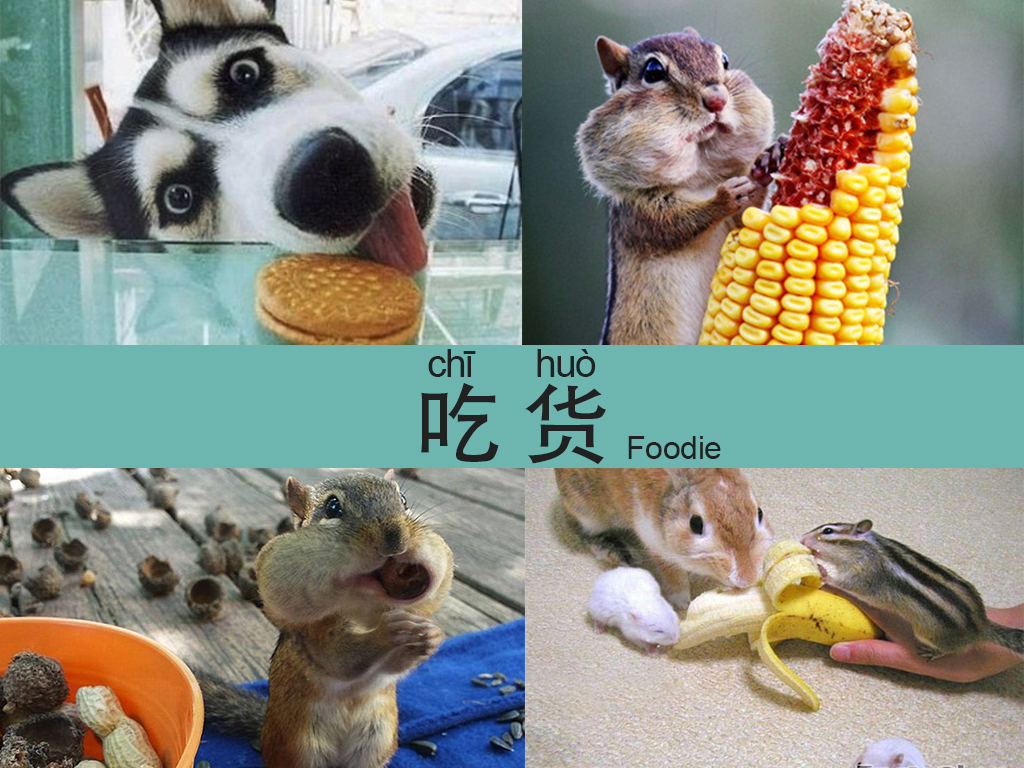 – WeChat (China’s Facebook) I was puzzled to discover that about half of the pictures my friends posted were of food. Often, these pictures were accompanied by the tag “我是吃货“ (wǒ shì chī huò) – I’m a 吃货 (chī huò)

> means someone who is passionate about food and loves trying out new dishes – i.e. a “foodie”. And lots of Chinese people like to label themselves 吃货 (chī huò)

, posting pictures of food they’ve cooked and eaten on social media for other 吃货 (chī huò)

As a food-lover myself, I quickly joined in – now whenever I go out to eat I’ll spend a few minutes snapping pictures of whatever delicious dishes I’m eating to share online with my 吃货 (chī huò) 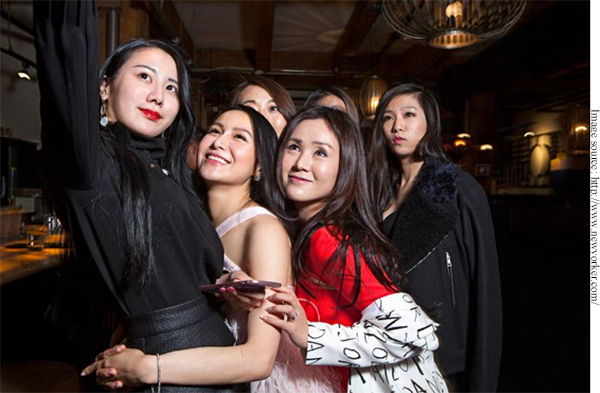 Thanks to super fast economic development, China is now home to the second largest number of millionaires in the world (after the US). People who were poor farmers in the 1970s are now successful entrepreneurs, CEOs, and investors.

has an expensive supercar and several diamond-encrusted watches, but no job – preferring to spend their parents’ money instead.

– literally “official second generation” are the sons and daughters of wealthy government officials, while the parents of 星二代 (xīng èr dài)

– literally “star second generation” made their money in the entertainment business.

> - Ultra Rich Asian Girls of Vancouver (in Chinese, the show’s name is literally “My biggest princess”).

, who are generally viewed as spoiled and irresponsible. 王思聪 (wáng sī cōng)

– Wang Sicong, son of a real estate and entertainment billionaire, attracted criticism and ridicule from all around China when he posted a picture of his pet dog wearing two gold Apple watches online. 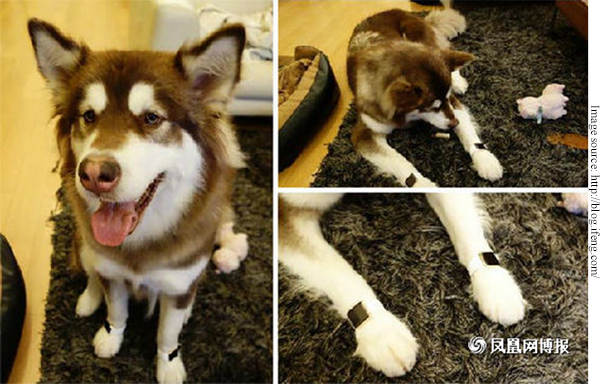 – Newly Rich (and lacking in taste)

Used together, these two characters refer to flaunting wealth in a very unsophisticated, vulgar way. For example, when a friend of mine described entering the home of well-off Shanghainese family to find a waterfall in the hallway and a fake tiger skin rug in the living room, my first reaction was “很土豪 (hěn tǔ háo)

gold, because of the way rich Chinese rushed to buy the gold iPhone 5S when it first came out. 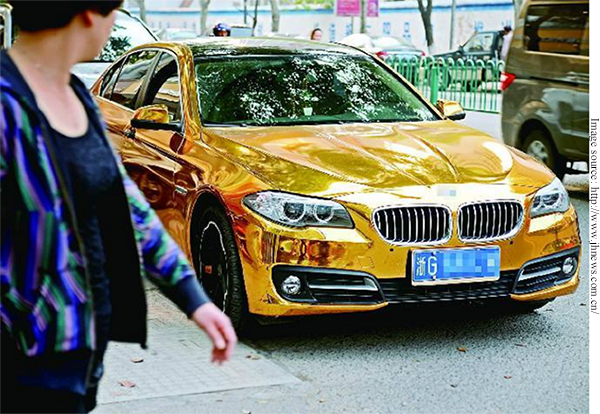 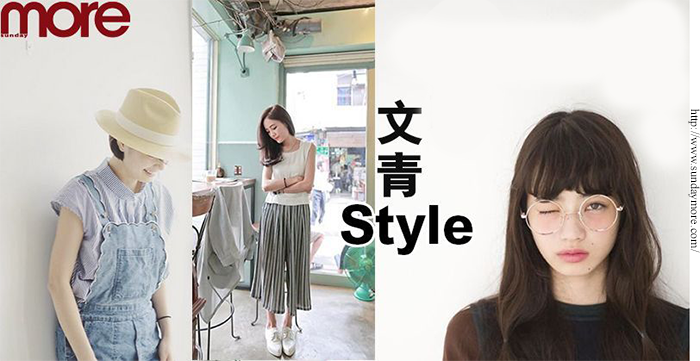 While San Francisco and London have hipsters, Beijing has 文青 (wén qīng)

are known for their love of books, theatre, and quirky indie music.

tend to be less cool and fashion-focused than their Western hipster cousins. Instead, the 文青 (wén qīng)

dream is to open a coffee shop where they can spend their days writing essays and poetry, or displaying their latest photography, while serving the occasional customer.

are known for being sensitive and romantic, but nonetheless are criticized by parents and potential partners for choosing creative, spiritual pursuits over making money. 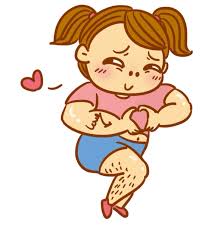 At badminton courts in China it’s pretty common for strangers to challenge each other to matches. One day my friend and I asked a couple of intimidating-looking guys if they wanted to play against us. Our would-be opponents looked at me skeptically, obviously wondering if they should be playing against a petite blonde Western girl. “Don’t worry”, my friend said to them, “她是女汉子 (tā shì nǚ hàn zi)

doesn’t sound like a particularly flattering expression. But, being a 女汉子 (nǚ hàn zi)

is a woman who is strong and not afraid to take care of herself. Apparently, in addition to my competitive attitude to badminton, I’m also a 女汉子 (nǚ hàn zi)

because I drink beer and don’t let my male friends pay for me in a restaurant.

refers to a particularly helpless, child-like form of cuteness. 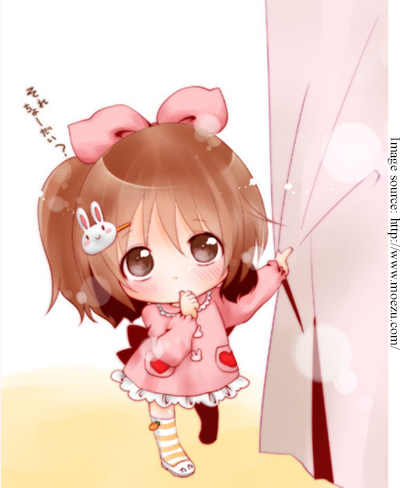 is usually used to describe women and girls, although it can also be applied to other cute things like kittens, puppies and baby pandas.

are respected for their strength, people who are 萌 (méng)

are valued for their sweet, baby-like innocence. The great expression 卖萌 (mài méng)

, for example by putting on a helpless, kitten-like expression, wearing a schoolgirl outfit, or eating a lollipop like a kid. 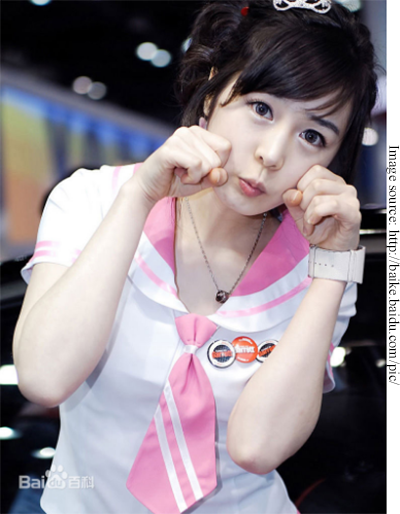 Have you tried out any of these slang words? Do you know any other cool Chinese slang? We’d love to hear from you in the comments section!