How much do you really know about the traditional Chinese art?  If you're like most people: not much.

That is a shame, since these traditional art forms offer a fascinating peek into Chinese culture from hundreds, if not thousands of years ago, and are still practiced even in today's hyper-modern China. They are uniquely Chinese, and vastly different from the art styles of the west. Here, we take a look at five major art forms, from traditional Chinese music to the gorgeous visual art. 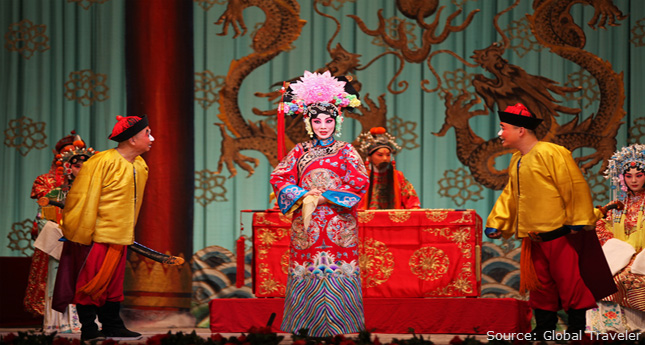 Praised as one of the national treasures of China, Peking opera 京剧 (jīng jù)

combines skillful singing, graceful acrobatics, elaborate colorful costumes, and soulful storytelling to create a stage experience unlike any other. Peking opera was extremely popular during the Qing dynasty, and is currently preserved as an art form throughout China.

To a newcomer, Peking opera can be intimidating. But once you get past the painted faces, the performance itself tells stories that have been passed down for thousands of years in Chinese history.

, a classic Peking opera that tells the tragic story of King Shang Yu and his beloved Consort Yu from the late Qin dynasty. 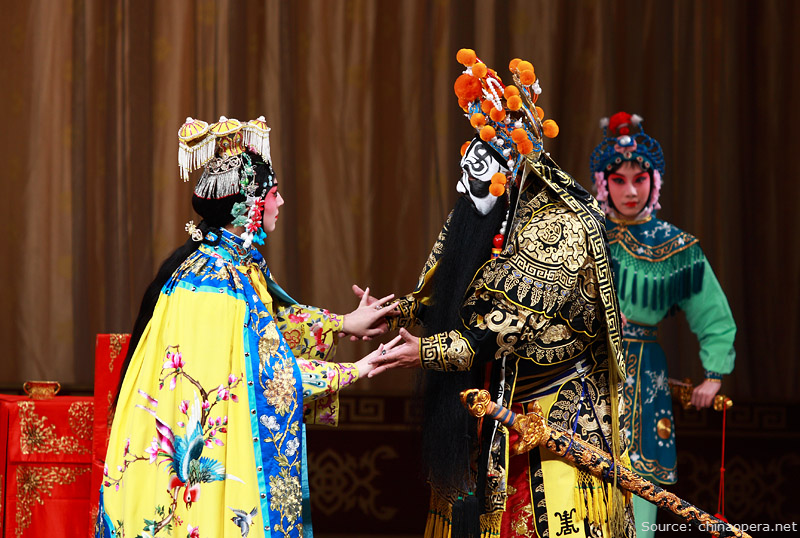 In modern day, Peking opera has suffered a decline of viewership due to its inability to attract a modern audience. Additionally, it takes many years of arduous training from a young age to become a great Peking opera performer.

However, the art form has found new life outside of China. Chinese troupes that tour internationally have drawn attention from Western audiences. Western fans have even come to China to learn the art, competing and performing in popular talent shows on CCTV.

Picture a rectangular shaped harp, made of wood, and laid flat instead of standing up - that is the easiest (and oversimplified) way to describe the Chinese zither.

into rock, jazz, and even hip hop!

To hear more about classical Chinese instruments, check out our live Youtube Hangout with Yangyang and her friend Ma Jie (马捷 mǎ jié), and our blog introducing traditional Chinese music.

date back to the Han Dynasty, when the emperor popularized these shows at court. The puppets are made of leather - in fact, the Chinese name literally means “皮 (pí)

The puppeteer manipulates the puppets and tells stories accompanied by music from a band of Chinese musical instruments. Shadow puppets are believed by many to be the oldest motion picture form of storytelling. In the famous 1994 film To Live  活着 (huó zhe)

, the main character Fugui was a shadow puppeteer.  Check out this fantastic (and subtitled!) documentary about the Chinese shadow puppet shows and the masters who make and perform them! 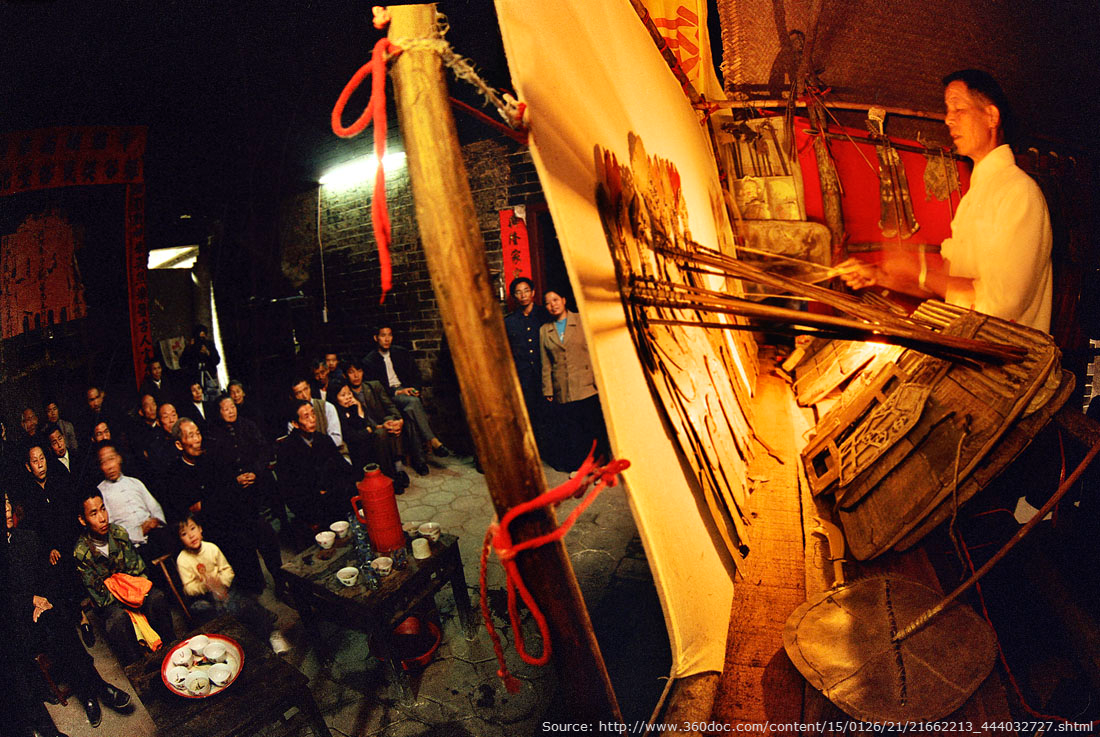 is very different from the calligraphy you see on wedding invitations. To start, the writing tools are different. Whereas Western calligraphy tools are usually ballpoint pens or markers, Chinese calligraphers use brush pens made from the finest animal hair.

is still a highly respected and popular art form. Many Chinese school children are sent to learn traditional calligraphy as an extracurricular activity.

often fetches record prices at art auctions - as recent as the beginning of 2016, when a 11th century letter from famous Chinese scholar Zeng Gong sold for $32 million. Even without paying high prices, most Chinese families will have a few works of calligraphy decorating their walls.

Have you ever made a paper snowflake when you were a child? You fold the paper a few times, make a few cuttings, unfold the paper - and bam! You have a snowflake to decorate your windows with.

is a lot like making that paper snowflake - just wayyyyyy more complex. Instead of snowflakes, Chinese artisans create entire landscapes and intricate characters out of paper and scissor.

- double happiness, as well as tigers, dragons, carps, the phoenix, and the twelve Chinese horoscopes.  Paper cutting is most fun when you do it yourself, and there are a lot of great instructions and templates on the web for you to give it a try!

Have you tried any of these traditional Chinese art forms? What was your experience like? Let us know in the comments below!