The Ultimate Guide to Drinking in China

Does the drinking culture in China confuse and bewilder you?  Why is everyone telling you to “dry the glass” - 干杯 (gān bēi)

?  When is it your turn to toast your host and drink with perfect etiquette?  And oh dear, what in the world is that tear-inducing scent that’s burning your nostrils?  **Hint: it’s that unique tasting clear alcohol: baijiu - 白酒 (bái jiǔ)

Drinking culture is pervasive in China: people drink during business dinners, casual get togethers, celebrations, nights out on the town, or family dinners at home. In this guide, we compiled a ton of useful information and guidelines on what and how to drink in China. 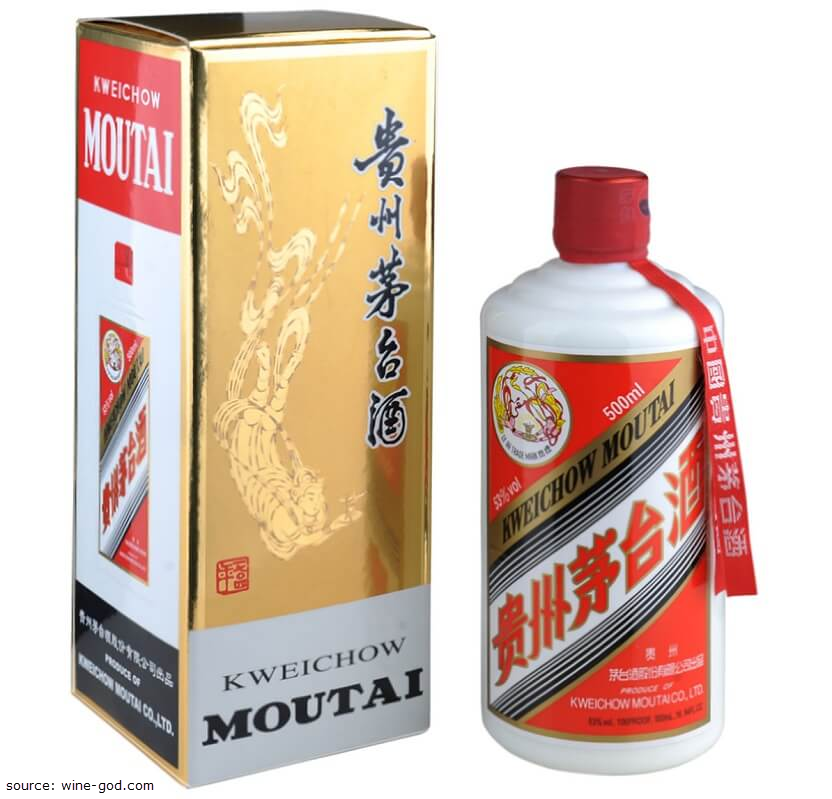 , but this liquid is clear and packs a powerful punch. Baijiu is distilled from sorghum, a type of grain, and typically contains between 40%-60% alcohol by volume. Comparatively, most whiskeys are around 40%-46% ABV. Taste-wise, my American friends who have never tried it struggled with getting a shot down, and compared it to a strong mezcal.

Baijiu is widely considered the national liquor of China, and is still predominantly the preferred alcohol for business dinners throughout the country. The most famous and expensive brand is Maotai - 茅台 (máo tái)

: The number one and number two beers of China are Tsingtao - 青岛 (qīng dǎo)

, both named after the cities where they are brewed (and, side-note, both are awesome summer vacation destinations), and are crisp and refreshing German-style lagers. These beers are popular on the dinner table, but even better when consumed roadside at a sit-down street food stall - 大排档 (dà pái dàng)

Aside from these two, there are a number of other “local beers” from other cities such as 燕京 (yàn jīng)

from Beijing, and 大理(dà lǐ)

from Dali in Yunnan Province, in the south of China - all are light lagers in a similar style. Additionally, the craft beer movement is on the rise, 京A (Jīng A), Slowboat, and Great Leap breweries produce a range of beers such as IPAs, pilsners, stouts, and ales. These local brews are just starting to get a foothold in China, and recognition internationally.  Lastly, foreign imports such as Carlsberg and Goose Island are also popular with China’s beer drinkers.

: The Chinese have started to develop a taste for the grapey-stuff in recent years, although the consumption of red wine is still far outpaced by that of baijiu or beer.  Even though wine is still not an everyday type of beverage, it is quite popular at business dinners and celebrations.  Along with the rise in consumption, China’s viticulture is expanding as well. Major wine regions include the farming regions outside of Beijing, Qingdao, and Ningxia - which has been compared to California’s Napa Valley. Many wineries provide organized tours for visitors.

When asking for white wines, it is important to not just say 白酒 (bái jiǔ)

, which will get you the strong liquor, but instead say, "白葡萄酒 (bái pú táo jiǔ)" - white wine, or literally “white grape alcohol.” 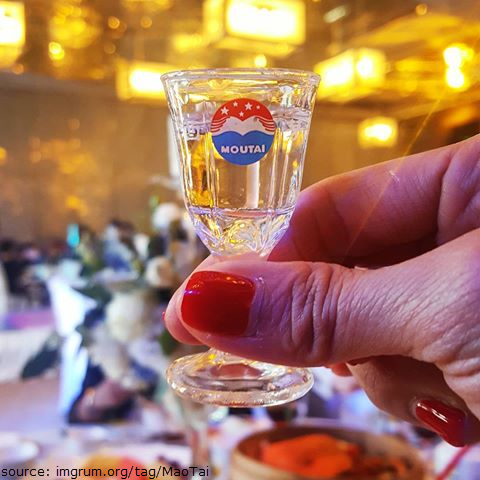 For business dinners, hierarchy matters. Typically, the host or the most senior person at the table is expected to make the first toast. Do not steal their spotlight! If other people toast you, always at least take a sip to show your respect. When you clink a glass with a more senior person, make sure your glass is lower than his or hers, this is another way of showing respect. 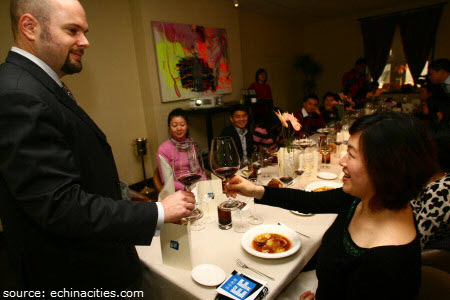 To toast someone formally, you can say “I raise a glass to you” - "我敬您一杯 (wǒ jìng nín yī bēi)

."  As the evening goes on and the toasting gets more casual, you can use the ever popular “干杯 (gān bēi)

" - “cheers!"  Note that “干杯 (gān bēi)" literally means “dry the glass,” the Chinese version for “bottoms up!” Whether or not you actually dry your glass should be up to the context of the dinner, some groups take the toast literally, and some use it as a substitute for “cheers.”

For casual nights with friends, drinking is more relaxed, but still and be subjected to peer pressure. “干杯 (gān bēi)"  is still a useful toast here, but for when the alcohol kicks in and saying two syllables is too hard to manage, “喝 (hē)!

" - “drink!” works, too. This is a very informal toast.  It's also typical to fill the glasses of those around you before filling your own, even if there's barely room in their glass top it off.

Is drinking something young people do a lot of, like in the West?

Yes and no, depending on your definition of “young people.” The legal drinking age in China is 18, but it is not strictly enforced. Young people in China who are under 18 are usually under a ton of supervision in order to get them to perform well in the college entrance exam, so most of their time is spent studying, not drinking! After young people enter college, they might begin socially drinking with friends. But in general, Chinese college students don’t seem to drink as much as their US counterparts, at least in my experience.

Where do people go drinking?

Many businessmen do their drinking at the dinner table at upscale restaurants. If you're heading to a business meal, you are well advised to be prepared to have a drink or twelve.  (You can also prepare by reading our 4 tips to survive your first Chinese business dinner)

Young professionals might go to bars and clubs. A popular bonding activity to do with coworkers is to go karaoke together, where you can drink as you sing. A popular drink at karaoke bars is Johnny Walker mixed with green tea. 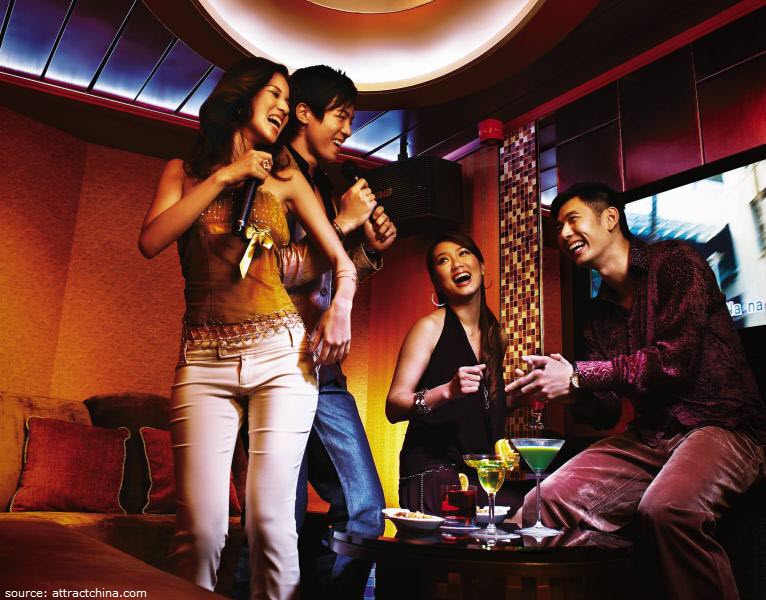 College students might also go drinking at karaoke, but they are also more likely to drink beer at more casual roadside food stalls, or to pick up beer at a convenience store and drink in their apartments.  Just like in the west, a beer or cocktail can usually liven up many of the different ways Chinese people like to socialize,

Are there gender differences in the drinking culture?

Yes, if you are a female you can generally get away with drinking less. You can probably drink beer while the men drink hard liquor, and you can beg off from drinking much more easily.

What if I don’t want to drink?

If you cannot drink for religious, health, or personal reasons, there are ways to get out of drinking without causing a scene. The best way is to approach the host discreetly before dinner and tell him/her that you cannot drink and provide the reason for doing so. The host will probably address the group during the initial toast and excuse you from drinking. Even so, you can still partake in the drinking activities with tea as an acceptable substitute. There is even a saying for it in Chinese, “using tea to substitute alcohol” - “以茶代酒 (yǐ chá dài jiǔ)

There you have it, the ultimate guide to drinking in China. Do you feel confident to take on the infamous Maotai yet? If you have any questions or stories to share, let us know in the comments below!