I blindly arrived in China eight years ago with no guide book, planning or knowledge.

Ever since that first crazy trip, I've explored most of China's largest cities. I've gotten to know and love many of them, remembering when they were once just impossible-to-pronounce dots on a map.

When you consider learning Chinese in China, there are so many different cities to choose from: tropical, hurried, laid-back, spicy, party hardy, or prim and proper.

Chinese learners like you and me also need to consider several other important factors: costs, local accents and dialects, and possible distractions that may affect your studies (both good and bad).

So which type of city is right for you?

I've scouted out 7 Chinese cities for you that I know you're bound to love. Let's get exploring! 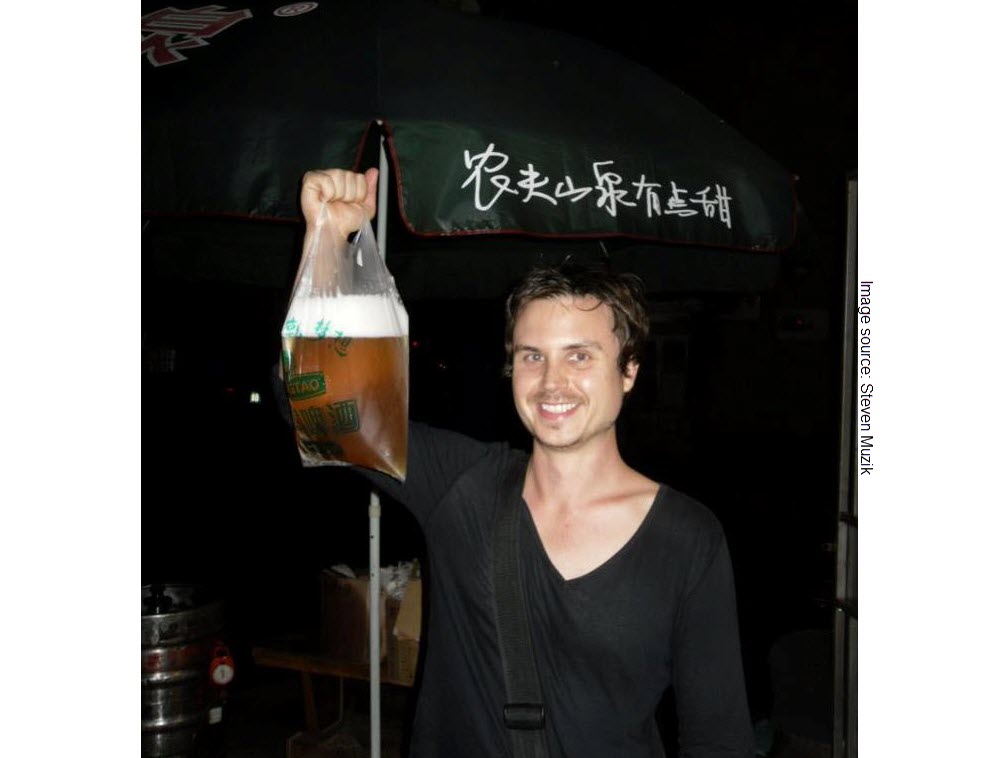 I have to rub my eyes in Qingdao. It looks a bit like Germany, and there's always some fun, mysterious gathering around every corner.

may be best-known as the home of Tsingtao Beer and Asia's largest and wildest annual beer festival.

The brewing history goes back to the city's colonial past, which started in 1898 when Germans took over a port here. The European streets and beer culture may tempt you into staying longer than expected.

Visitors and expats both consistently rave about the mild climate, accessible coastline, exotic seafood and beautiful architecture. Not to mention the local draft beer - often served in a clear plastic bag for easy transport.

I can confirm all these qualities are alive and kicking in Qingdao.

Why study here: Qingdao's Mandarin is very standard. Although the city has it's local dialect, locals will speak to us foreigners in a clear and easy-to-understand way. Add this ease of language to the high quality of life and we've got a great place to call home while learning. 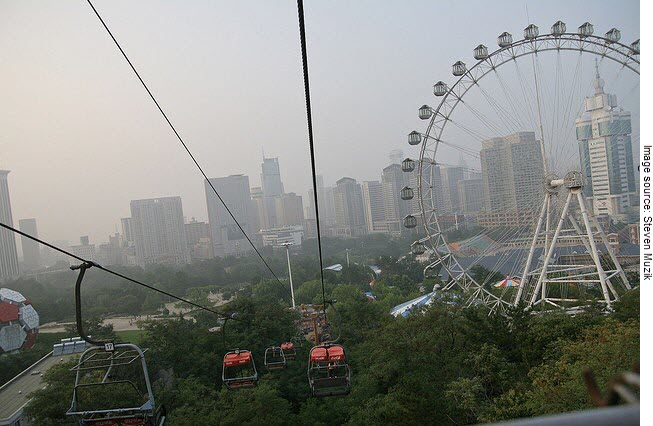 I can actually see bits of Paris or Moscow Dalian. The city doesn't quite have one singular appeal or claim to fame, yet it always ranks near the top for comfort and ease.

Dalian is home to a system of huge green parks and squares, tree-lined boulevards, great seafood, cool summers and a reputation for the best-looking locals in China.

You can practice soccer here easily, as Dalian is China's footie capital.

Though I don't see many tourists here, Dalian is one of China's most cosmopolitan cities, with a history of incorporating Japanese, Russian and now Korean and Western influences easily.

I like walking from square to square here, even in winter!

Experience: I like to take my meals to go - 带走 (dài zǒu)

Why study here: Despite its international history, Dalian is home to a small foreign population, giving you more incentive to explore local life. Like Qingdao and Harbin, Dalian is a northeastern city with a very standard way of speaking. Expats and students enjoy the friendliness and eagerness of the locals.

Clear accents in a winter wonderland 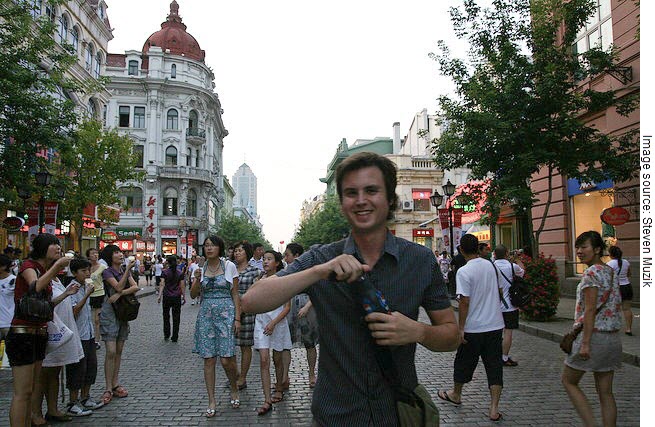 I'm always losing gloves in Harbin. During winter, the warm, heated interiors are roasty while outside it's frozen tundra as far as the eye can see.

Harbin is not for people who can't stand winter weather. But, you know how amazing those warm April days feel after surviving a long, cold winter?

Summers here are particularly awesome and the winters actually have an icy appeal, bringing tourists in for an annual ice festival each January and February.

In addition to hypothermia, Harbin also is known for its Russian design and architectural influence. Harbin is the end of the road if you're heading north. Let’s consider it our pot of gold.

To warm my bones, I enjoyed spending Sundays sweating in one of the city's numerous saunas - which often feature a modern exercise room and wide buffet.

Experience: I love to sweat, exercise and dine with locals in a neighborhood spa - 洗浴中心 (xǐ yù zhōng xīn)

Why study here: Harbin is said to have the most standard Mandarin of any Chinese city. The locals are happy to practice with you, and the city is isolated enough to help you focus on your language goals here. Everyone loves the mild summers, but the winters can be divisive. Come prepared.

Got a travel bug? Read on: Top 10 Chinese Historical Sights to See

The beating heart of China 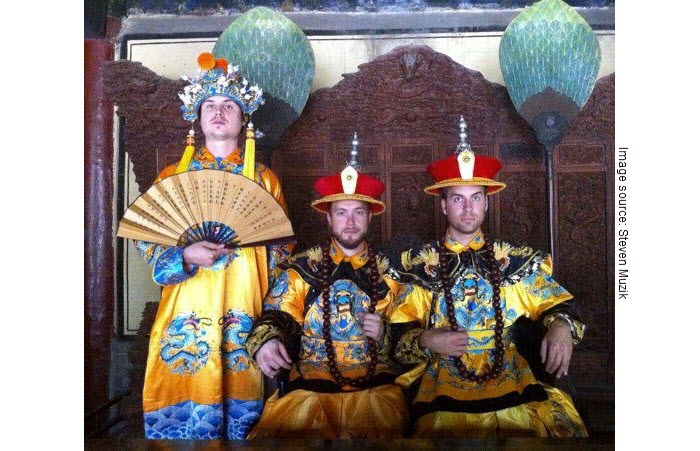 I'm always coming back to Beijing. It is likely the most representative city for the image us foreigners may have of urban China.

Being the capital and second-largest city, there is no lack of social and cultural activities here.

In addition, history and traditional Chinese culture are on display in the bell towers, palaces and hutongs - 胡同 (hú tòng)

Yes, the air quality often makes international headlines, but for me there's something atmospheric about the red lights in the evening burning through the “fog”.

Why study here: Expats and students still consider Beijing the more “authentic” living choice, over Shanghai and other first-tier cities. The Mandarin pronunciation is considered standard, though the influx of migrants from outer provinces is diluting the locally-born population. The size, cost and distractions of Beijing hinder some students' learning progress here, but if you want to jump in to all kinds of action in China, this is the place. 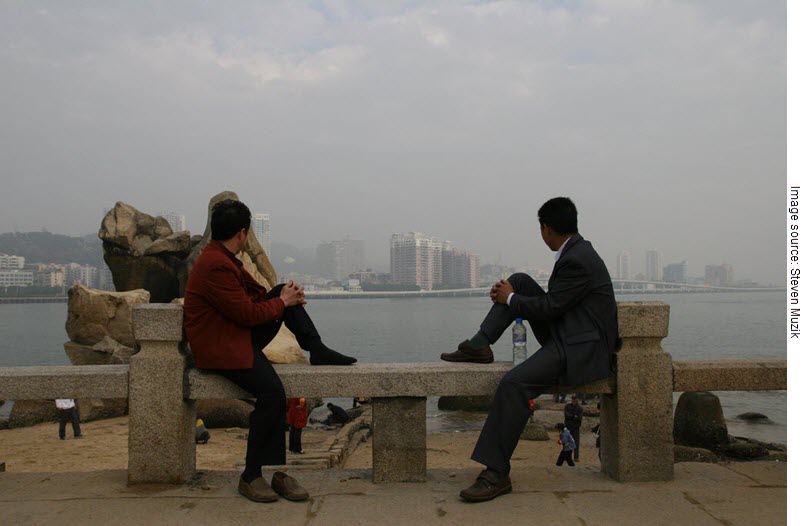 I always hesitate to leave Xiamen. It's a modern, affluent city with a fascinating colonial center, all set on subtropical islands.

Richard Nixon referred to Xiamen as the “Hawaii of China” during a visit in 1985. You won't find him here today, but you will find many very content foreign students and expats enjoying Xiamen's open-minded, relaxed environment.

When I ask Chinese locals or foreigners alike which city is their Chinese city of choice, Xiamen consistently comes back as the #1 answer.

in the evening after the tourist crowds have gone and the ghosts come out.

Why study here: Generally, studying in the south has its drawbacks due to the use of local dialects. Lately, the younger population and street vendors increasingly use standard Mandarin with me on a daily basis. 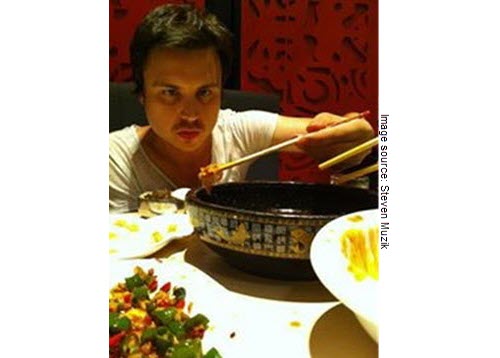 I destroyed my tongue in Chengdu. Known for its pandas and face-melting spices, the city is now regarded for its youth culture and nightlife. The city comes alive in the evening, yet still keeps a laid-back pace during the day. Chengdu is one of those places that everyone loves.

, I learned to play the game of mahjong - 麻将 (má jiàng)

Why study here: Despite its dialect issues (older locals will speak Sichuanese), it's difficult to fall back on English here; so you can practice on the streets. The local Sichuan cuisine is highly addictive and there is plenty of culture to immerse yourself in. Chengdu also consistently ranks high in quality of life surveys.

Learn some of China's favorite cities with our authentic Chinese on the Street video lesson here!

No A/C or heater necessary 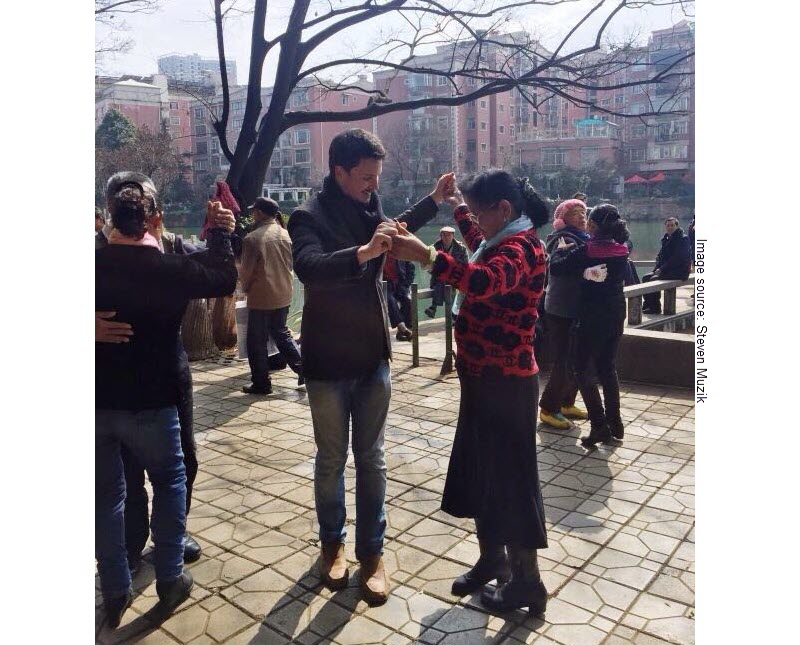 I always wake up refreshed in Kunming, the “City of Eternal Spring” - 春城 (chūn chéng)

. Kunming receives high praise from those that have settled here due to its temperate weather and laid-back lifestyle.

It's considered a gateway to Southeast Asia and I like the relaxed “zen” vibe here. The foreign population I’ve met here has a certain camaraderie. Unlike in Beijing and Shanghai, foreigners often nod or say hello to me on the street.

Why study here: Kunming Mandarin does not have as standard an accent as the cities of northeast China. While some students I've met do speak with a Kunming accent, it's always possible to seek out a teacher with a more standard accent and listen closely to TV news anchors to help offset it.

There you have it! 7 great Chinese cities where you can start your own adventure.

Now I want to hear from you!

Which of these Chinese cities best fits your own learning style? What activities (and food!) are you most looking forward to?

Do you have any recommendations of your own? Share them below!