Pinyin ChartBlog
For English speakers who are learning Chinese, one of the biggest frustrations is not being able to pronounce characters that you don’t know. When you are learning to read in English, if you don’t know a word, your teacher will tell you: “Sound it out!”

Since English is an alphabet-based language, we can do that! But in Chinese, it’s not so simple.

But when I was learning to read in elementary school, my teacher did give us a similar piece advice when it comes to reading words you don’t know, and that is:

*NOTE: We're not talking about pinyin here - which is the system for learning to pronounce all of the sounds of Mandarin, and should be the first step for anyone learning Chinese.

This post is all about how pronounce aloud characters you've never seen before!  To learn with us, start here, with lesson 2 in our Beginner Conversational Course: "What is Pinyin?": 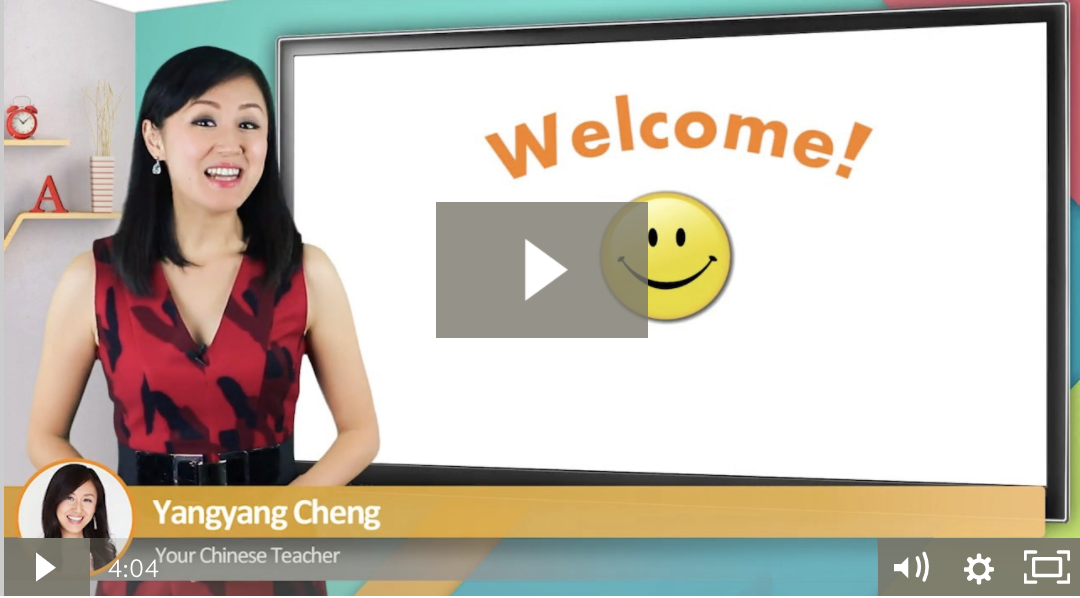 Let’s see how this works:

Take these characters from our upcoming Chinese Character Course II, for example.  Let’s say you have to read the character 试 (shì)

, but you have never seen it before. What do you do?

If you know this character, 式 (shì)

, and you can recognize that it is a building block of 试(shì)

, you can make an educated guess and assume that 试(shì)

Wait... is it always that easy?

The answer is no. You see, there are three large categories within phonetic building block characters.

TIP: Check out this post teaching you how to know the meaning of Chinese words you've never seen before by understanding root characters. 1. Perfect matches!

These are the best-case scenario you could hope for when you encounter a Chinese character you don’t know. If you can recognize the phonetic building block character within, the new character is pronounced the exact same way. Just like our example with 式(shì)

Another example from our level two character course is 及(jí)

, and use it as a building block as we learn 级(jí)

.  This building block logic is one of the reasons that learning Chinese characters gets exponentially easier the more you know. 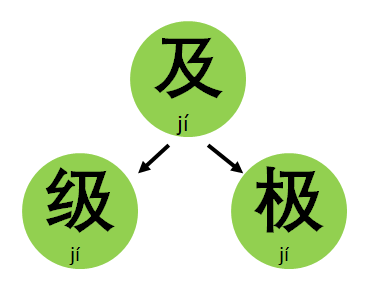 These are characters that share the same phonetic pronunciation as their building block component, only with a different tone. For example, you can find the character 主(zhǔ)

has converted into a fourth tone in 住(zhù)

TIP:  If you haven't learned these characters before, check out our Chinese Character Course to learn the most common 300 characters.  Our fun approach uses mnemonic images in the video lessons to help you remember new characters.

For example, in our upcoming Chinese Character Course II - with the next set of 300 characters - we teach this character 住(zhù).  To help you remember the character, which means "to reside/stay (somewhere)", we use this image of a house where you might "住(zhù)": 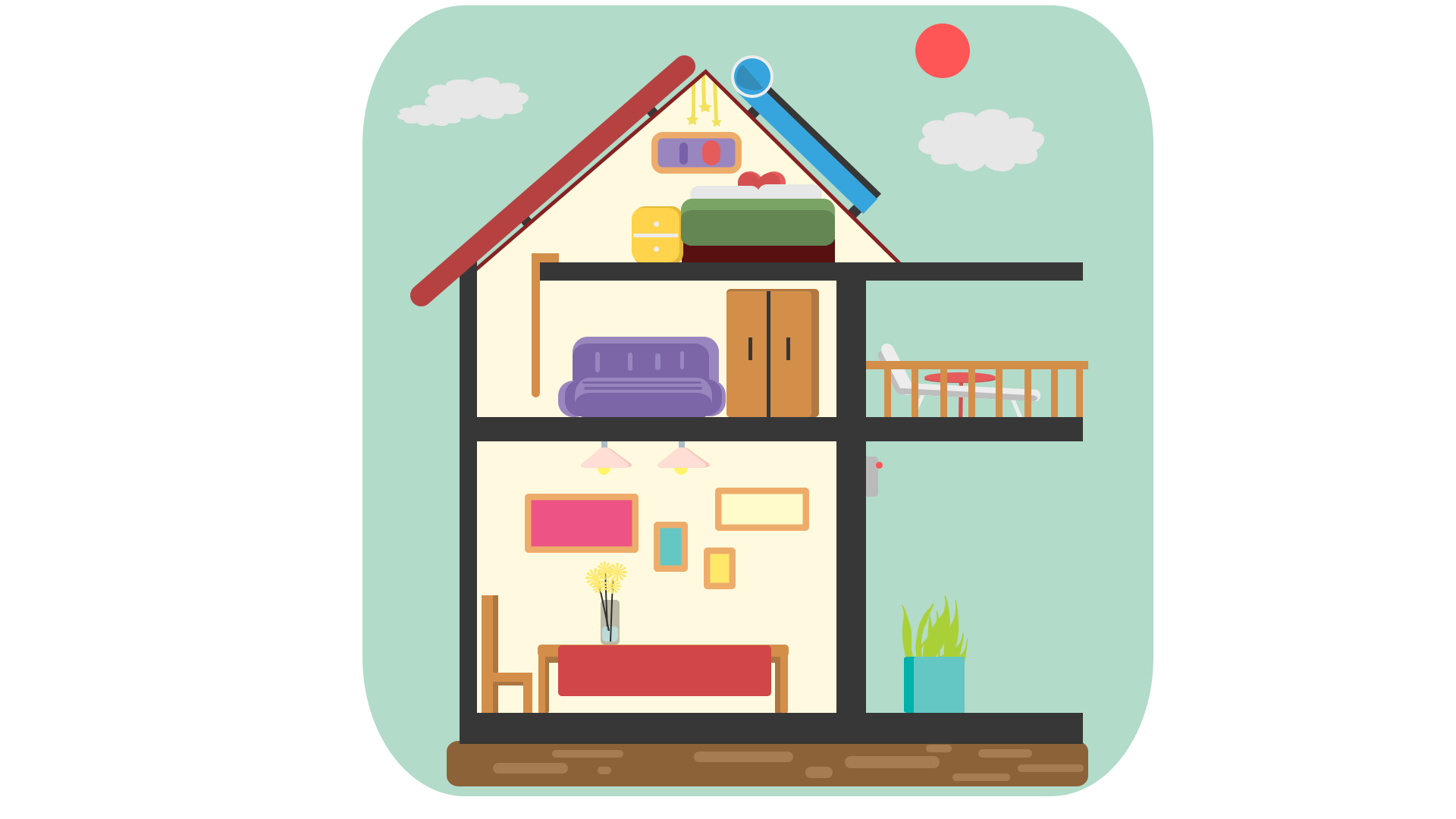 It's a fun and effective way to learn Chinese characters.  And learning the characters will give you a whole new perspective on the logic and beauty of Mandarin Chinese.

This last category consists of phonetic “helper” building blocks that lend their pronunciation to the new character, but the new character will substitute in a different consonant. For example, 景(jǐng)

is a part of 影(yǐng)

has substituted a “y” sound where 景(jǐng)

had a “j” sound, while the rest of the “ǐng” part stayed the same.

Bringing It All Together

The same phonetic building block can lend itself to different compound characters in a variety of these three scenarios. Let’s look at one mega-example with the building block 青(qīng)

is a perfect match for 清(qīng)

, an almost perfect match for 晴(qíng)

, and a distant match with 精(jīng)

The thing is, you won’t.

Pronouncing Chinese characters you’ve never seen before is like creating a hypothesis. Phonetic building blocks help you take your most educated guess, but you are never guaranteed to be correct.

This is also a good time to mention that while phonetic building blocks are an awesome tool to help you with pronunciation, it does not work all the time! For example, you might see the character 父(fù)

, but the two pronunciations are completely different!

In fact, a large percentage of Chinese characters are not phonetic in nature. If a character is a pictogram like 木(mù)

- wood, you simply have to learn its pronunciation the old-fashioned way by memorizing.


Check out this lesson from the Yoyo Chinese Character Course to see how Chinese characters actually work like building blocks, and getting exponentially easier to learn the more you know: 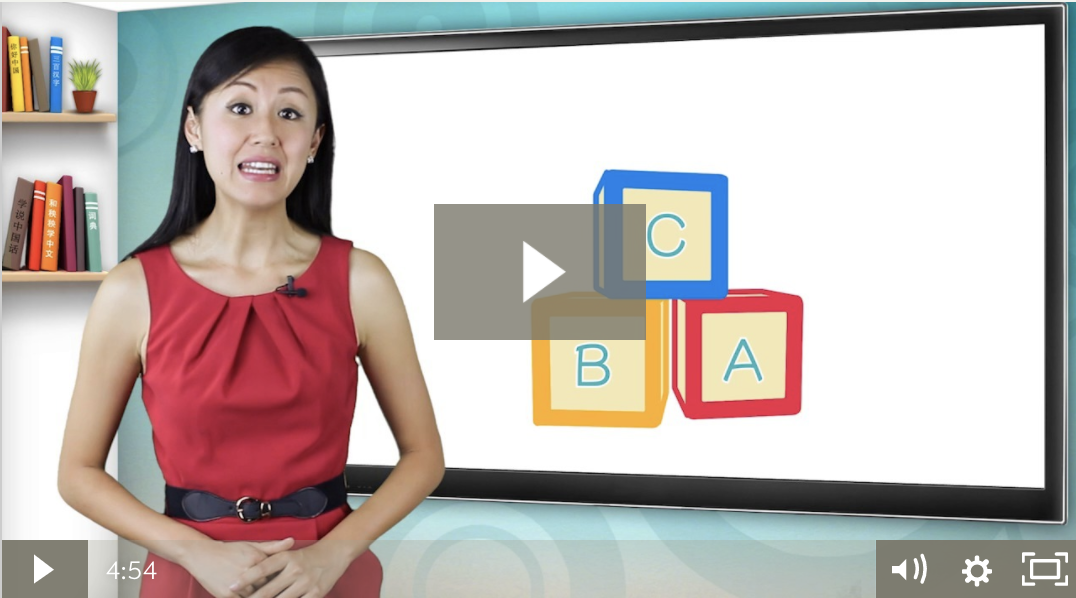 Disclaimers aside, phonetic building block characters are still a great tool that helps you pronounce a vast majority of new Chinese character either perfectly, or nearly perfectly, and that’s really incredible!

Even if you don’t get it right sometimes, know that native Chinese speakers would make educated guesses at new characters the same way by using phonetic building blocks. You are doing the same thing that native speakers do.

Lastly, I usually double-check the pronunciation of a character I don’t know through the “drawing input” function on my smartphone. Simply draw the character into Google Translate, and you will see the correct pronunciation. When in doubt, look it up!

Do you have any thoughts or questions on phonetic building block characters in written Chinese? Let us know in the comments below!