Everyone who has spent any amount of time in China has at least one good taxi story.

Even if you’ve never ridden in a taxi, you’ve seen them racing around the city, going through stop lights, squeezing into impossible gaps in traffic, and occasionally making ill advised turns.

When it can't get any worse 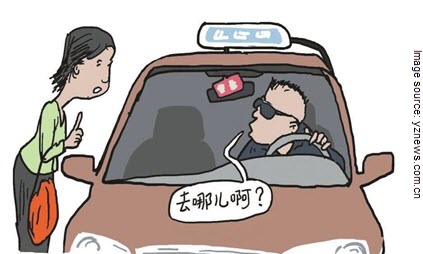 I had only been in the country for six weeks and my Chinese was limited.

I had to get to a conference and the bus would never get me there on time.

I had carefully written the address of the conference down. The result looked like the work of a toddler, but it was legible.

I checked the time, panicked, and rushed out the door.

Down at the street I flagged down a taxi, reached into my pocket and discovered I didn’t have the address.

I had left it in my apartment, sixteen floors up.

I had memorized the address, but when I tried to recite it to the driver, he stared at me and started talking fast.

The only words I got were 听不懂 (tīng bu dǒng)

The driver was getting fed up because I was costing him precious time and money.

At least I assume that is what he meant, as he kept gesturing to the meter.

Finally, I blurted out the word for "train," not "train station," because I couldn’t remember how to say “station." I could only remember that “fire car” was the word for train (火车, huǒ chē, lit. fire car)

The driver’s face changed to a wide smile, showing his betel nut stained teeth and gums.

Then he flipped on the meter and tore into traffic.

Once we got to the train station I happily paid the fare and sprinted the four blocks to my meeting.

Navigating the unknown streets of a strange city 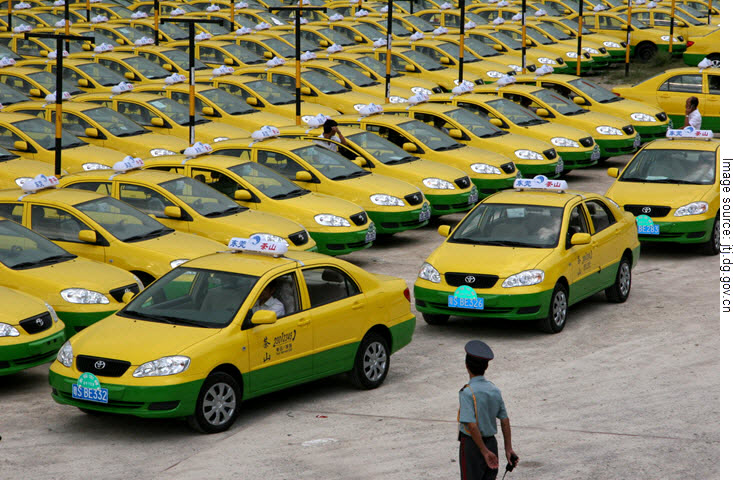 If you aren’t confident in your language level, it’s a good idea to have the address where you need to go in writing.

Just make sure to remember to bring it with you.

Using the address from a flyer or business card is better than writing out the address by hand, unless you are skilled at writing characters.

Big tip: One experienced expat told me she collected business cards everywhere she went for her first two years just so she could build a library of pre-printed destinations for when she had to take a taxi ride.

My wife and I and another couple wanted to take a taxi in Shanghai from the college we were studying at to Shanghai Center. Jaime, the wife of the other couple and myself were fluent Mandarin speakers.

I got in the taxi and asked to go to Shanghai Center.

The driver had no idea what I was talking about.

Jaime tried another variation on the word "center."

The driver, Jaime, and I kept going back and forth trying to describe where we wanted to go.

Our spouses were getting frustrated. My wife finally asked us in English if we should go somewhere else besides Shanghai Center.

The driver then said in English, “Shanghai Center? Ok!” He slammed on the gas and we were off.

Lesson learned: It never hurts to try some English if you are stuck!


Wild taxi on the loose 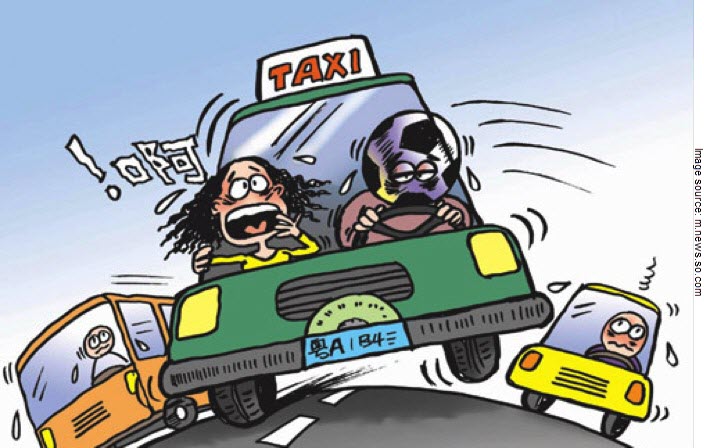 Surviving a taxi ride is more than just communicating the right destination.

It’s also about handling the stress of thinking you are going to die at any moment.

Taxi rides often include abrupt starts and stops. No matter how tight the gridlock, drivers manage to weave in and out of cars with great agility.  But, watching a steady stream of near-collisions can be nerve wracking.

After months of pleading, I convinced my wife to come with me for a summer to Shanghai for a college program.

I had previously lived in Taiwan for two years and wanted more Chinese culture.

After a long flight we were put on a bus with several other students from all over the world. The bus dumped us out on a median in the middle of the biggest intersection I had ever seen.

At least five different major streets all came together in a tangle of lanes and traffic lights.

Two people from the college were waiting for us and they flagged down taxi cabs for us and gave directions to the drivers.

As soon as we left, our driver picked up his radio and began asking for directions again.

I didn’t think it was necessary to share this piece of information with my wife.

Mayhem, road rage, and hope ahead 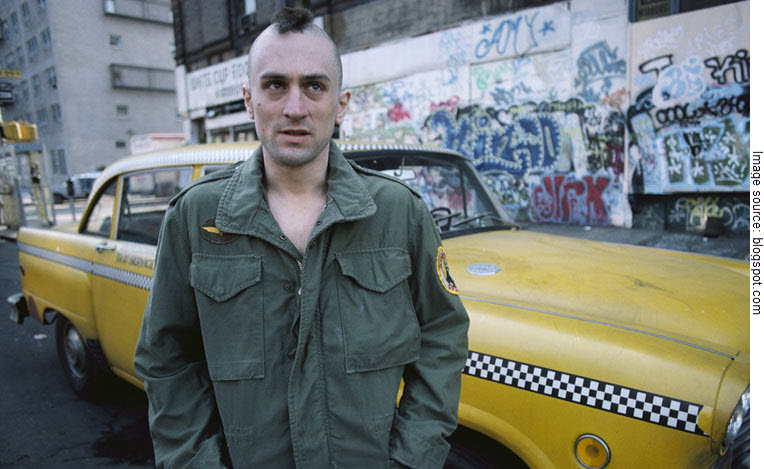 After the usual weaving in and out of traffic, the driver rocketed down the wrong way on a one way street.

Bikes and scooters were coming towards us like we were in a meteor shower, spreading apart just in time as our taxi picked up speed.

The driver kept pounding the horn as we went and the scooters beeped back. Angry riders shouting at us as we whizzed past.

We made a sudden right turn and barely missed getting hit as another taxi screeched to a stop, its driver honking his horn, leaning out the window and yelling at our driver.

After that near miss, our driver slowed and started to call out the window at anyone he could for directions to the college.

We made another turn down a narrow alley that was barely wide enough for our car.

There wouldn’t have been enough room to even open the car doors if we needed to get out in an emergency.

He barely missed hitting a young couple out for a late walk. Luckily they didn’t hold a grudge and even helped us tell the driver exactly where we wanted to go.

They explained to him that the college was right behind Zhong Shan Park (中山公园, zhōng shān gōng yuán).

Five minutes later we were safely out of the car and checked into our dorm room.

Lesson learned: Knowing a single landmark near your area can save you from ever having trouble getting back there ever again. 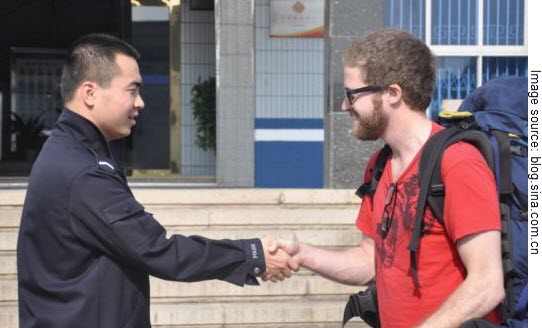 China is a safe country and most of the licensed drivers are honest.

But, you always need to pay attention.

A group of six of us took a train from Shanghai to Nanjing for the weekend.

It was late at night when we arrived and there were almost no taxis outside of the station.

We were greeted by a guy who hustled our group into a van. We were exhausted and happy to split the cost of the ride together.

In the front of the van the driver and the man who had hurried us into the van kept whispering.

We drove away from the city center and found ourselves on a dark, empty road. We spent the ride whispering amongst ourselves about what was going on and what we should do if things got dangerous.

Happily, the van actually delivered us to our hotel.

We all started to get out, but the two men decided to try and triple the fare.

The van wasn’t a licensed taxi and there was no meter. Three of us argued about the money while the other three quickly unloaded the bags and slipped into the hotel. We ended up paying more than we wanted and less than they wanted, but felt lucky that things hadn’t been worse.

Lesson learned: We would’ve been better off to stick with a licensed taxi that used a meter.

Taxi rides are some of the best ways to collect great travel stories, meet regular people, and to find out just how good your language skills really are.

Just make sure you are ready for a wild ride, know how to watch out for yourself, and most importantly know how to tell your driver where you want to go.


Have you guys ever been on a wild taxi ride through China? Tell me about it in the comments!