6 Signs You're in a Close Friendship with a Chinese Person

Not sure if your Chinese friend is more like an acquaintance or actually a close friend? It can be hard to tell sometimes.

Some parts of friendship are universal, but there are some things that are unique about Chinese culture when it comes to how you treat someone you’re close to.

In my experience, the way a Chinese person acts around a close friend is pretty different from how they treat an acquaintance.

If you can relate to any of the following, then congratulations because your Chinese friend most likely considers you to be a close friend!

1. They're no longer polite around you 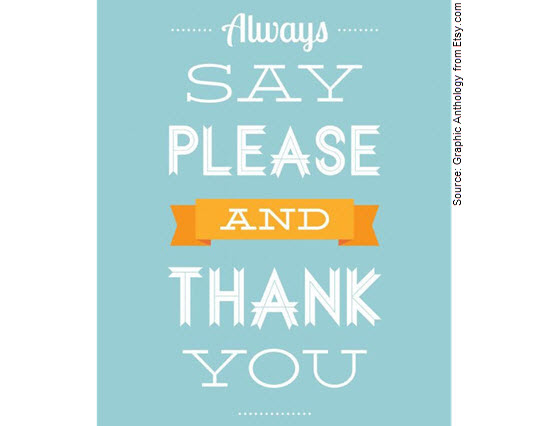 You’ve got to be polite when you first meet someone, of course, but when Chinese people are close to someone, they often stop with all the polite gestures.

And in fact, if you continue to be polite with a friend, then you might even be unwittingly keeping them at a distance.

A friend once told me to stop saying “please” and “thank you” with her, because it made her feel uncomfortable.

Once you reach a certain familiarity and comfort level with each other, then the “qǐng” and “xiè xie” stop because doing nice or helpful things for each other is just expected.

"We’re friends, and that’s what friends do for each other. So stop asking me politely and stop thanking me, because it makes me feel like you don’t count me as a close friend.”

Language point: if you haven’t learned this phrase yet, you should learn it now: “yīng gāi de (应该的).”

It’s a way to respond after someone thanks you for something, and means something like “of course” or “that’s what [friends/neighbors/coworkers] ought to do.”

You know how sometimes people shrug and say, “Just doing my job,” in response when someone thanks them? That would be translated as “yīng gāi de.”

You probably know that, at a restaurant in China, usually one person pays for everyone in the group. That’s just how it’s done.

Well, if a Chinese friend in China ever lets you pick up the bill, then you know they consider you to be a close friend. If they pay every time, then that’s probably because they feel like they are the host and you’re the guest.

Or maybe they are actually just buttering you up so that you feel indebted to them and you’ll agree when they ask you for a big favor. Or they might be worried about how it looks for a foreigner to be paying for a Chinese person’s meal in China.

But if it’s a close friendship, then they won’t care. They’ll take turns with you picking up the bill, because that’s what good friends do.

If you want more information about this, take a look at Unit 49 of our Intermediate Course below to see what Chinese people think about splitting the bill. Recently, it's become more of an accepted practice to "AA zhì (AA 制)", or to "go Dutch". 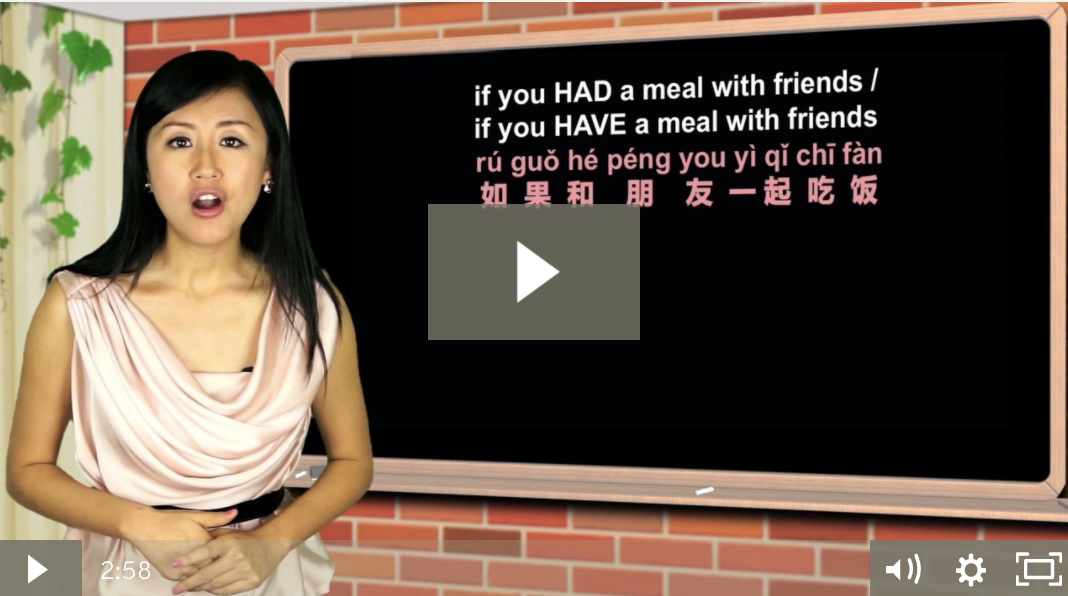 2.  They don’t care which language you speak together 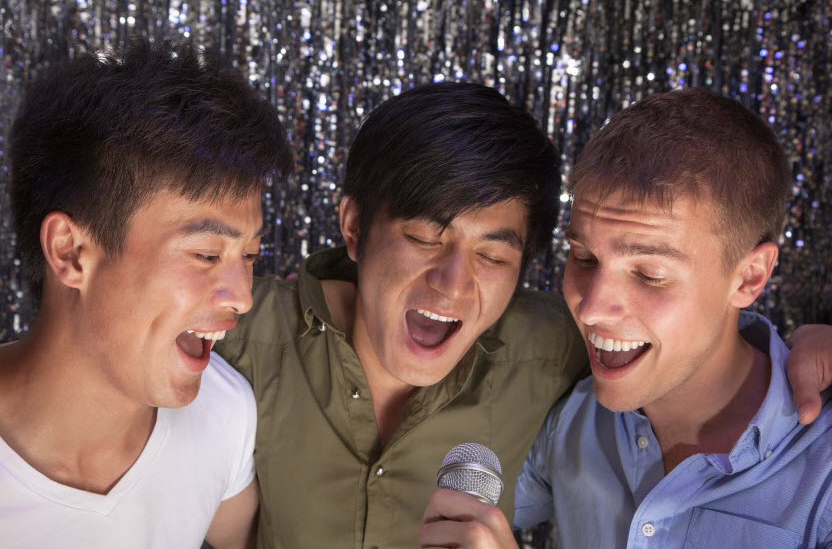 When it’s a true friendship, not just a language exchange partner, then whether you speak Chinese or English (or any other language) with each other doesn’t matter.

I’ve had plenty of experience with the type of person who pretends to be a friend but in fact just wants to practice English.

Close friends don’t really think about it and usually just speak whatever comes out. The important thing is the conversation, not the language.

However, a good friend is comfortable pointing out any mistakes that you might make in Chinese, and they also aren’t embarrassed when you correct their English. That’s because of my next point…

3. They’re not worried about saving or losing face

If a good friend asks you to “give them a little face,” which is phrased, “gěi diǎn miàn zi ba (给点面子吧)”, then it’s probably said just as a joke.

In fact, close friends are totally cool with you swiftly turning down their offer to share their bag of chicken feet or big chunk of durian with you, and they don’t feel embarrassed about eating it all in front of you. And if they don’t really like the Western food you made that’s covered in cheese, they’ll just say so.

On a deeper level, they admit weaknesses and fears to you, and very importantly, they are willing to criticize China in front of you.

They also don’t get upset if you say anything negative about China, and likewise, they are comfortable saying negative things about your country too.  Neither of you take anything like that personally.  And along those same lines…

4. You can joke about differences between Chinese and foreigners 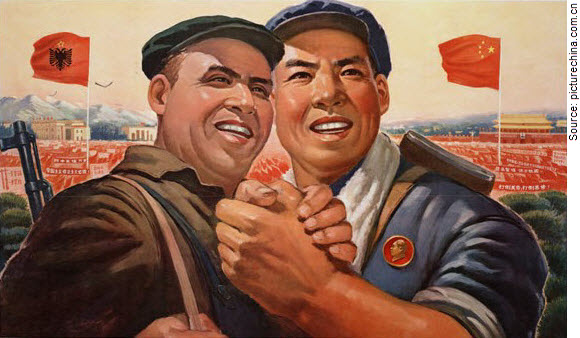 You can totally poke fun at how she won’t eat certain foods during certain seasons because they are considered “hot” or “cold” foods in Chinese medicine. If you’re good friends, she'll think it’s funny too.

And you’ll laugh when she points out that you pretty much always wear plastic flip flops, which to her are only to be worn in a public shower.

And once you’ve been traveling together, you’ll be all too familiar with each others’ little habits, and will have a whole world of new material for these jokes.

For example, when I first went traveling with a Chinese friend, I thought it was hilarious that she only brought a couple of pairs of underwear and socks, and washed them in the bathroom sink every night.

She thought it was absurd that I brought a different pair for every day of the trip. In fact, we still joke about this, years later.

As you know, “guān xi” (关系) makes the Chinese world go ‘round.

But it changes a little with close friends, because you’re certainly not keeping track of who owes a favor to whom.

On the other hand, as a close friend, all of your friend’s friends are now a part of your "guān xi wǎng 关系网", or guanxi network.

So you’re automatically obligated to help out your friends’ friends, no questions asked.

And if your friend’s friend can help you out in any way, you can be sure he will do so willingly, too.

Families are very important in China. So it’s common to “meet the parents” pretty early on in friendships.

You know you’ve got a close friend when their parents (whom you call “āyí” and “shū shu”, i.e. “auntie” and “uncle”) know all about your life and what dishes you like to eat.

You know about their high blood pressure and which TV shows they like to watch. You’re always invited to family events, and know that the little niece just learned how to say the word “apple” in English.

And if your friend comes from a small, rural, or poor area, they aren’t embarrassed about it, and still want you to go home with them for Chinese New Year.

If you’ve got a Chinese friend who fits these descriptions, then you can be pretty sure that he or she counts you as a close friend.

It’s not always easy to get to that point with someone from another culture, so consider yourself lucky when it happens!

If you have a close Chinese friend, let me know about it below. Do they also exhibit any of these behaviors?