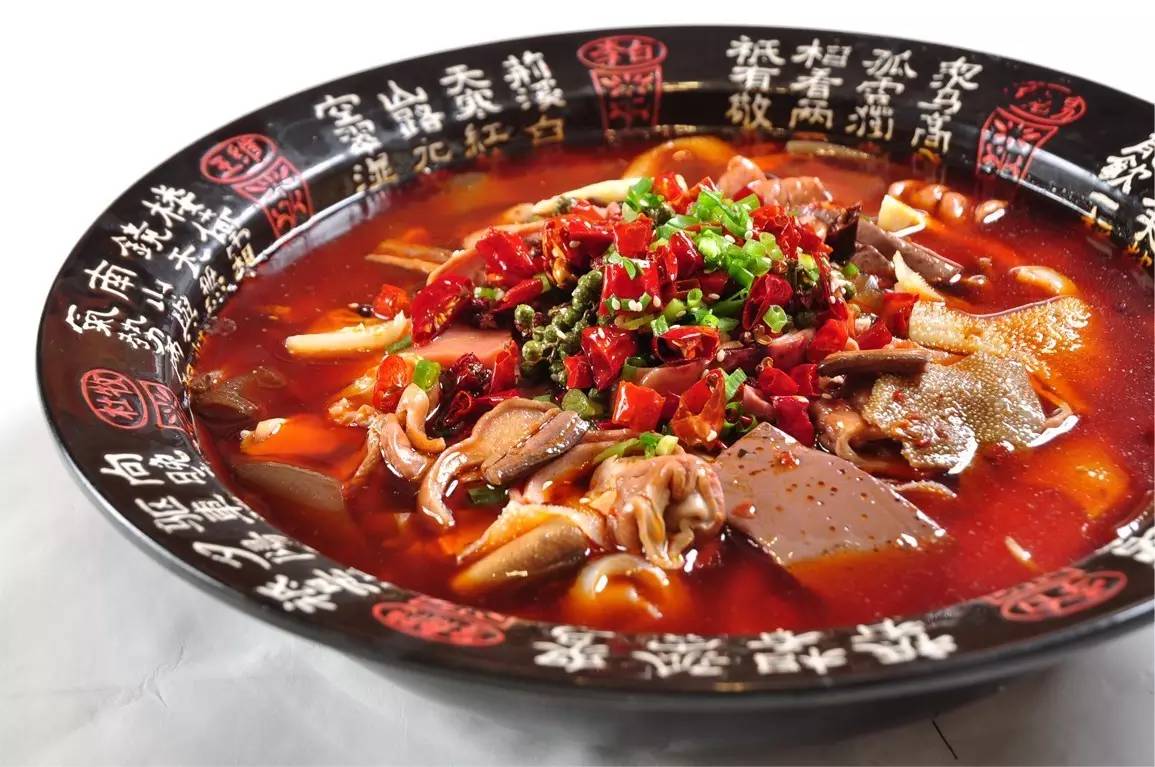 It’s well-documented that the “Chinese” food we eat in the West is quite a bit different from what people in China actually eat.

That’s not to say that it’s not delightfully delicious in its own right (the newest restaurant trend in big Chinese cities, in fact, is “American-style” Chinese food), but people traveling to China are often shocked by how different the food is from what they were expecting.

It leads to some funny culture clashes, as well: I was out to dinner with a group from my university Chinese course here, including our teacher, who was around 21 or so. When she complimented me on my chopstick skills, I had to tell her that I’d literally been using chopsticks since before she was born (though, to be fair, probably not as often as her).

Anyway, I’m going to somewhat arbitrarily come down on one side of the debate and say that authentic, China Chinese food is the superior variety.

As such, I proudly present you my top ten super authentic, can’t-really-get-them-in-America Chinese dishes. The whole Judaism thing prevents me from personally enjoying some of these but I have it on good authority that they’re delicious nonetheless! 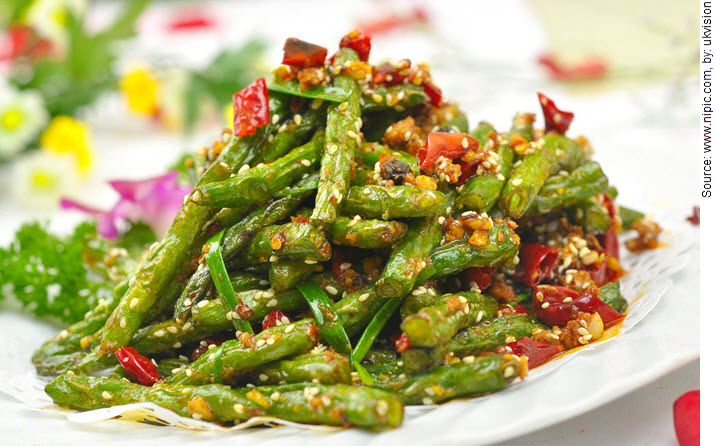 Also known as “runner beans,” this fried dish has an amazing texture and is particularly customizable in terms of the number of hot peppers involved.

You can find it or a close variation at nearly any restaurant in China. While it’s originally a Sichuan dish, it’s common everywhere these days.

The unique flavor and texture comes from the fact that it’s cooked with very little oil - known as “dry-frying,” hence the gān (干). That means the beans come out dehydrated and crumbly and sneakily delicious. 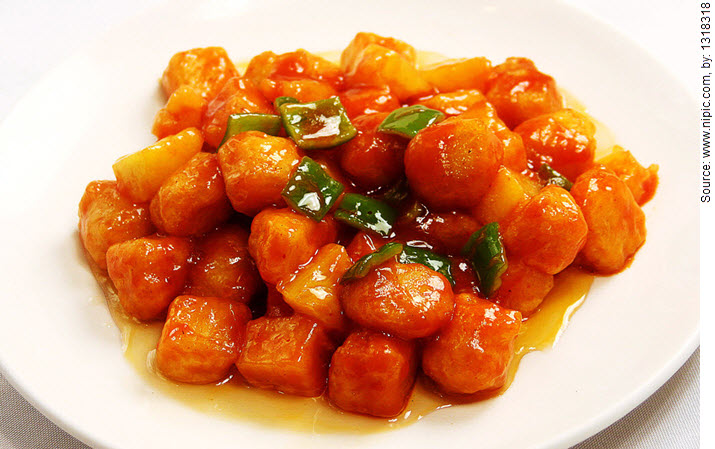 Sweet and Sour Pork is a common Chinese-American dish, but this version is what people in China actually eat.

Gū lǎo ròu (咕咾肉) is a classic Shanghainese dishes that differs from its Western counterpart mainly because of the sauce, which has more of a fruity flavor characteristic of some Shanghainese recipes.

to enhance the fruitiness.

Here’s a great authentic recipe if you’re interested in trying it out for yourself. 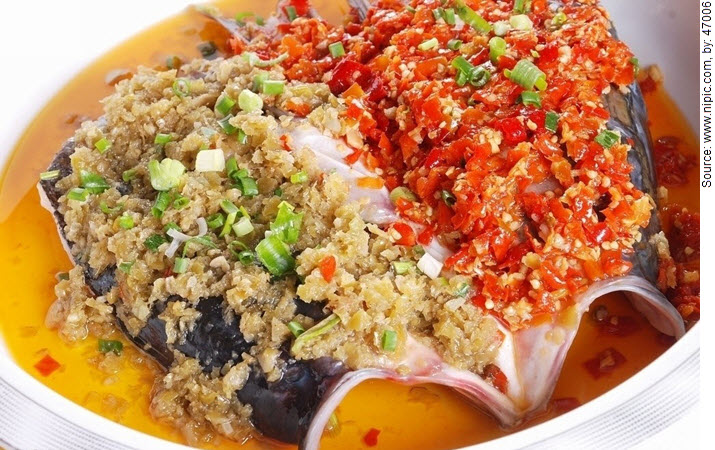 I really have no idea what this would be called in English. It’s basically a fish head split in two, with each half crammed full of a different kind of peppers.

It looks like a taco gone horribly wrong, but it’s actually really good if you can get over the whole fishbone issue.

It’s one of the best-known Hunan dishes but can be hard to find in the West, perhaps because of the relatively unappealing appearance of the split fish head?

Regardless, it’s a pile of salty fishy deliciousness that is not to be missed. 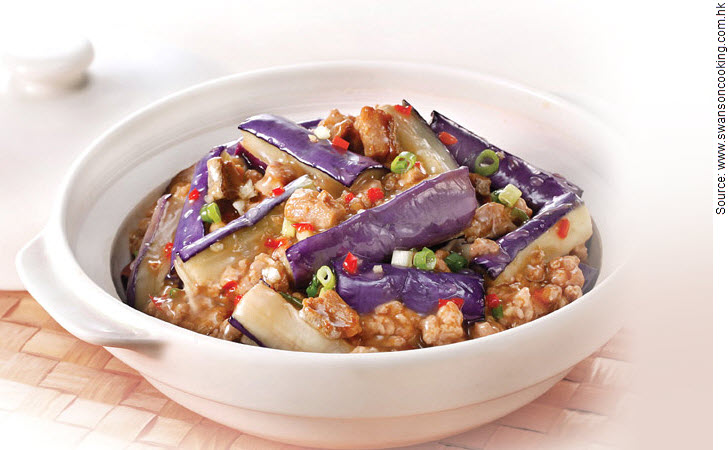 One of my personal favorites I’m not exactly sure of the English name, but the literal translation is “fish fragrant eggplant.”

Yú xiāng qié zi (鱼香茄子) is another particularly flexible dish that has a million variations, but the basics are: fried eggplant, garlic, green onions, cōng (葱)

and an oily, spicy, vinegary sauce that’s to die for.

The idea behind it is to capture classic Sichuan fish sauces (why a landlocked province is famous for its fish dishes is beyond me) and apply it to eggplant, and it’s something you can find at just about any decent restaurant in China.

Authentic Chinese food utilizes eggplant so, so, so much better than we do in the West! 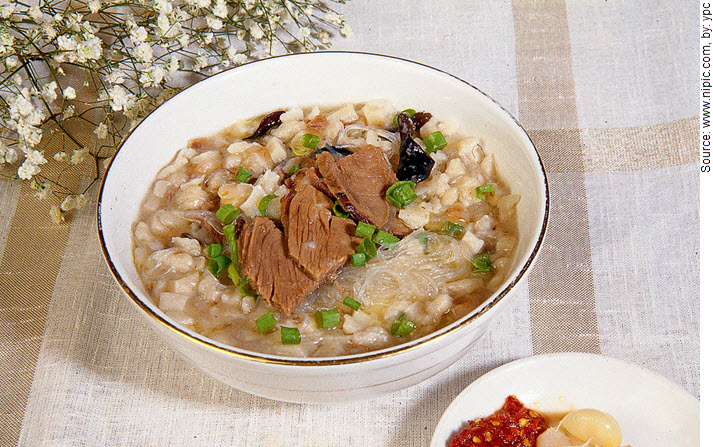 It’s a traditional dish in Western China, particularly Shaanxi province, but thanks to lā miàn (拉面)

The soup is almost like a gravy in terms of texture, and I often find myself asking for extra bread, which is usually just 1-2rmb.

It’s chock full of that irresistible cumin-y, Western Chinese flavor, so if you’re at all into non-Sichuan or Hunan styles of Chinese food, Yáng ròu pào mó (羊肉泡馍) will quickly become a favorite. 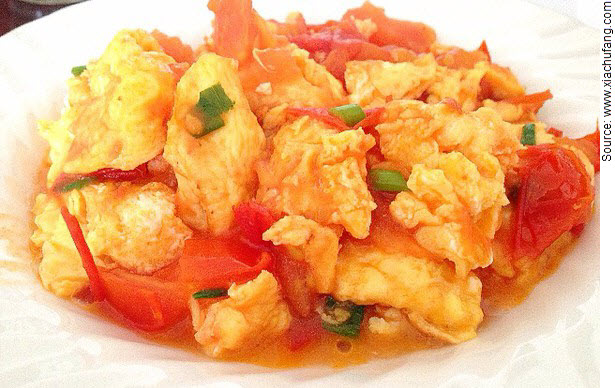 The saving grace of every vegetarian in China, Fān qíe chǎo dàn (番茄炒蛋) is as simple as it sounds: fried eggs (usually scrambled, though not necessarily) and chopped, sauteed tomatoes.

Most places will add some vinegar or even green onions, as well, and a dash of salt is pretty de rigeur.

The great thing about fān qíe chǎo dàn (番茄炒蛋) is that it’s so simple that it can be used as a component in other dishes. You can put it over noodles, add any number of vegetables to it (personal favorite: broccoli) or even as the flavoring for a soup.

I’ve been told that it’s sort of the Chinese equivalent of grilled cheese - really easy to make, tasty comfort food enjoyed by kids and adults alike. 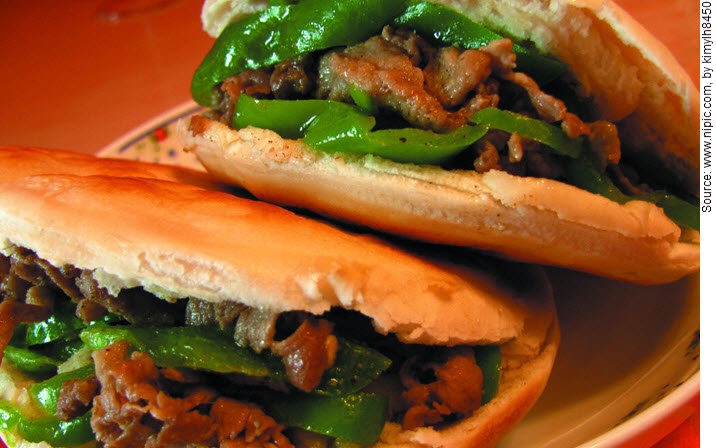 This is another classic Shaanxi dish, though you’ll see it as street food almost everywhere in China these days.

It’s basically diced meat, usually pork, lamb or chicken, cooked with a heap of oil, spices and peppers and served in a flatbread, pita-like pocket.

The bread is the same mó (馍) you’ll find in the yáng ròu pào mó (羊肉泡馍)  above, but usually steamed somewhat to make it a bit softer.

The trick is that they stew the meat for hours and hours, and everyone has their special blend of spices and sauces they use to get the flavor just right.

My favorite part of ròu jiā mó (肉夹馍), though, is that expats have nicknamed it “the Roger Moore” because of the similar pronunciations. I’m not sure who came up with this ingenious name. 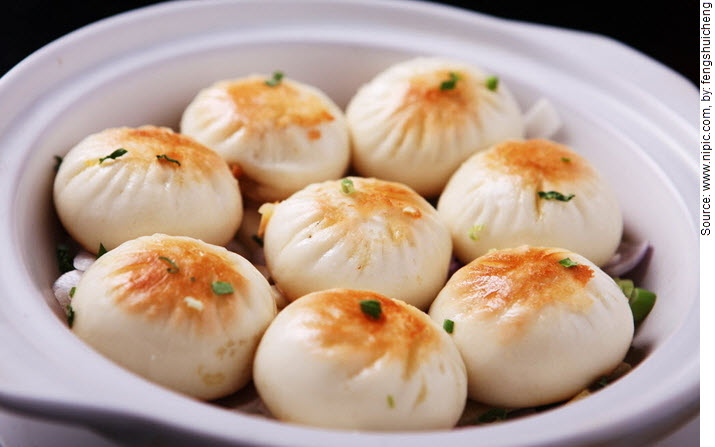 Shēng jiān bāo (生煎包) are a legendary Shanghai specialty, and can be found on just about every street corner and small restaurant in the city.

because it’s been a city mainstay since the Great Depression when they were served alongside tea and dim sum as a cheap but tasty breakfast option that both locals and Concession-era foreigners could enjoy.

Shēng jiān bāo (生煎包) is about as simple as fried dumplings get, except that along with the pork filling, a bit of gelatin is often added in there. When cooked, the gelatin melts into a rich, savory soup, making each bite a deliciously moist combination of pork filling and fried dumpling skin. 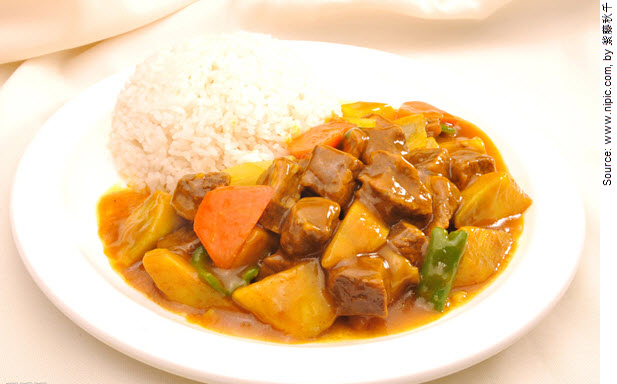 Now, I recognize that this is an odd choice because curry, of course, isn’t really even Chinese. BUT, bear with me, because when done right, this dish is off-the-chain tasty.

It’s really just a turmeric-heavy curry sauce with some lightly fried beef and potatoes, and it’s tricky because most places don’t get the combination of spices right.

We often forget that India and China share a border and have a not-insubstantial amount of influence on each other, including cuisines.

What’s interesting here, as well, is the fact that most of the time when you find gā lí niú ròu (咖喱牛肉) in China it’s at Japanese curry restaurants, including the popular Coco Curry chain, which seems to have a location in every mall in China and has the simple but effective slogan, “Good Smell, Good Curry.”

So essentially you’ve got Indian food filtered through a Japanese lens served Chinese-style! 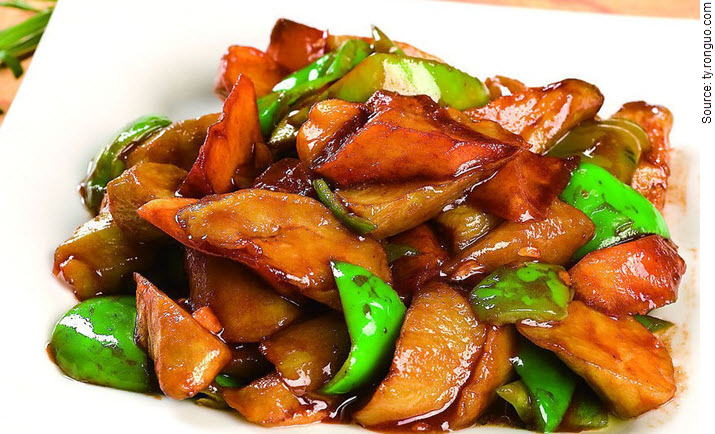 This classic Northeastern Chinese dish consists of potato, eggplant, and green papers, and is widely available but never quite the same: every region, city and even restaurant has their own combination of spices or proportions to make dì sān xiān (地三鲜) all its own.

refers to the “three fresh delicacies,” or more accurately, categories of delicacies:

These are categorizations used in dishes that combine different categories of food, but interestingly, dì sān xiān (地三鲜) doesn’t feature any seafood or water delicacies. What’s the deal? Who cares when it’s this delicious!

So those are the dishes that I think are the most authentically Chinese I've come across after having spent so much time here.

Have you tried any of these dishes yourself? What are some of your favorite dì dao (地道)

- authentic Chinese dishes? Let us know in the comments below!