One thing I love about life in China is that it’s really easy to stay healthy and keep fit.

Young or old, rich or poor, playing sports is a huge part of people’s lives, and a great way to socialize and make friends. In fact, I probably spend the majority of my free time in Shanghai doing some kind of sporting activity.

As well as the familiar staples of basketball, soccer and swimming, there are lots of awesome ways to exercise that aren’t popular (or don’t even exist) in Western countries.

Here are my top 5 picks that anyone with an interest in China should know about (and perhaps even learn to play!): 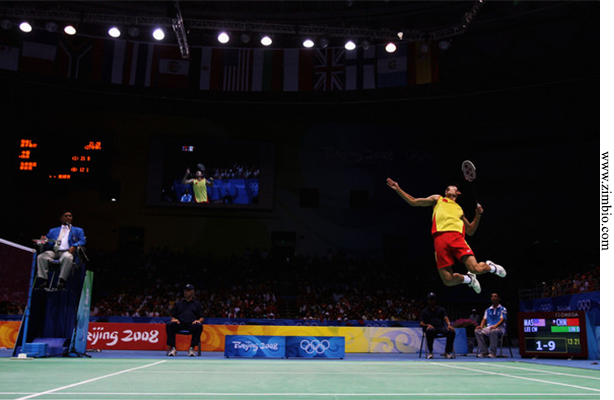 – badminton is not a game for wimps.

Usually seen as a way to pass the time in the yard on a sunny day in the West, in China it’s taken seriously. The first time I played, I arrived with a cheap supermarket-bought racket and sandals. I quickly found myself embarrassed at my inability to keep up with what I’d thought was more of a child’s game than a serious sport.

Within a few months (and after acquiring some proper clothes and equipment), I became addicted, and now play at least twice a week.

Thankfully, my skills have improved over time, and I now more commonly hear “好球 (hǎo qiú)”

> – “good shot” than awkward laughter when I’m on the court! 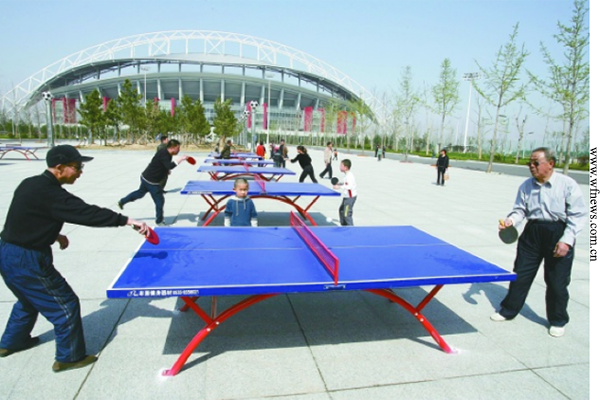 With tables literally everywhere, from parks to universities, it’s hard not to get drawn into a game on a regular basis. But, unlike badminton, despite a couple of years of practice I still almost always seem to find myself on the losing end of a game of ping pong.

Having said that, it’s a really fun way to pass the time and meet new people, and my Chinese friends are patient with teaching me techniques and tips that they’ve been learning since elementary school.

– doubles ping pong, which is a super fast and fun game in which partners takes turns hitting alternate shots (before I came to China, I’d only heard of 单打 (dān dǎ)

Find out how to say "to play a sport" in Chinese 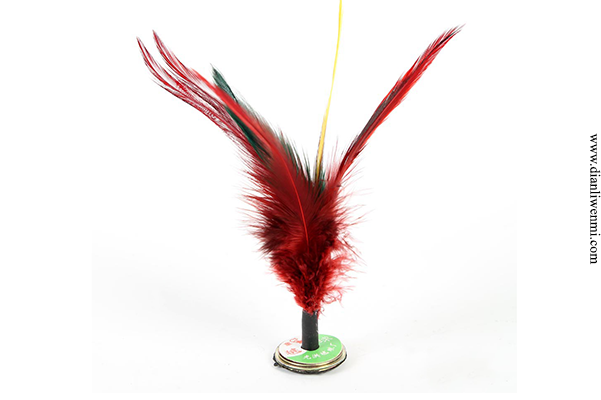 When I first went to Guangdong province in South China, in almost every convenience store I found what appeared to be oversized, brightly colored badminton shuttlecocks with a curious metal coin-like base.

“What on earth is this?” I thought to myself. Then, I went to the park and saw loads of people standing in circles, kicking these odd objects to each other.

As it turns out, they are called 毽子 (jiàn zi)

– there’s no exact English translation, but they’re best described as a kind of Chinese hacky sack.

In the South part of China, 踢毽子(tī jiàn zi)

– kick the jiàn zi is a popular playground and park activity.

itself looks a bit silly, it’s is a game that requires serious practice, skill and concentration. 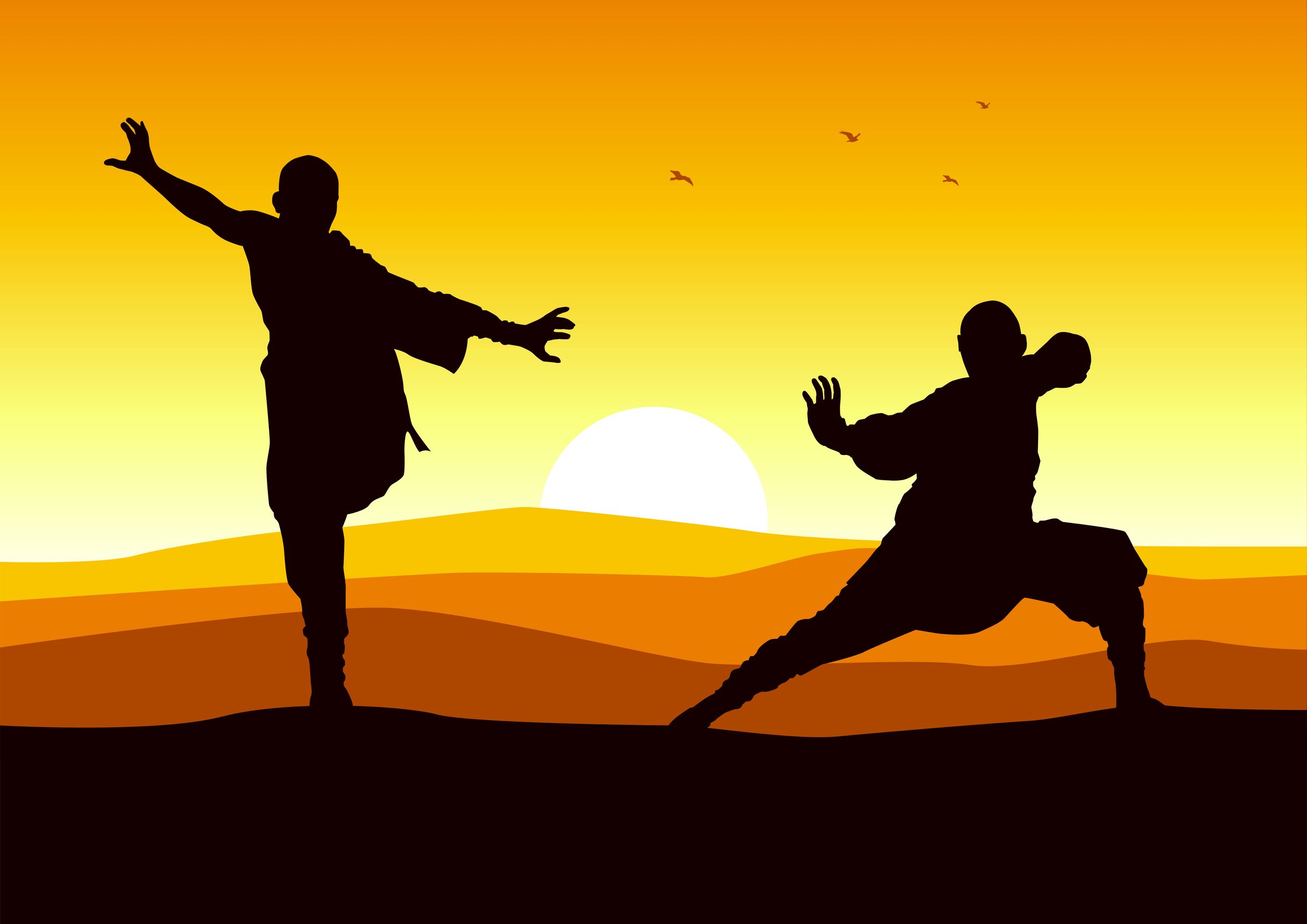 I thought it looked like a great way for older people to keep mind and body healthy. But, for someone (relatively) young like me, far too easy.

Then I joined my first tai chi class two weeks ago. As it turns out, tai chi is really, really hard!

While not as physically demanding as other sports, creating those elegant, smooth movements I see other people doing requires a huge amount of co-ordination and awareness (which I seem to lack!).

I’ll keep sticking with the tai chi classes in the hope that I improve, and in the meantime I have newfound respect for my elderly neighbors. 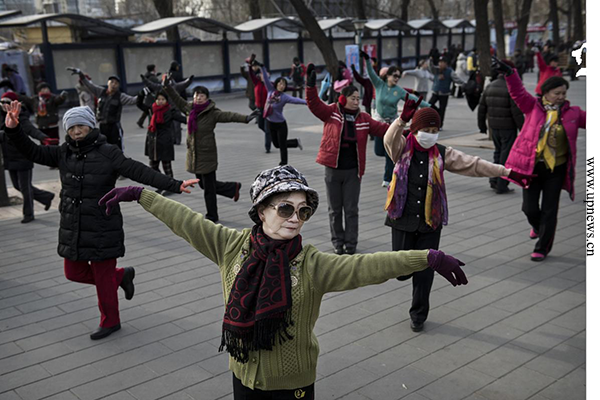 – “Chinese Square dancing”, the “square” part refers to the location.

While some people think that the noise is irritating, I personally love to watch their dance moves (think “Gangnam style” but more sedate), and seeing 广场舞 (guǎng chǎng wǔ)

always puts a smile on my face.

Have you tried any of these uniquely Chinese sports? Are there any others you’ve tried and loved (or hated) in China? We’d love to hear from you in the comments section!