Let's face it: if you are not a native Chinese person, you probably think that Chinese is a really hard language to learn.  Actually you probably don't even question it... it seems to be a kind of global consensus that if you are going to learn a new language, Chinese is one of the toughest.

But is that actually true?  I've seen thousands of non-Chinese learn to speak Mandarin using my courses, so I know it can be done by just about anyone from just about any background.  So the question is: Why do non-Chinese people think Chinese is difficult to learn?

I think there are two reasons:

1. Chinese simply looks and sounds so different from English.

The idea that Chinese - written and spoken - are very different than English has influenced how Chinese has been taught to non-Chinese.

Two of the biggest myths about Chinese are a) Chinese has tones where English doesn’t, and b) to learn Chinese, you have to learn all those weird Chinese characters, which to most people just look like a bunch of random lines.

These two notions scare lots of people away when they are tempted to learn Chinese. Unfortunately, both of them are wrong. I’ll explain in a sec.

Many of the teaching methods and ways students have learned Chinese at school are backward and sometimes just wrong.

For example, it’s unwise and inefficient to learn spoken Chinese and written Chinese at the same time. A student studying Chinese should learn Pinyin and the basics of spoken Chinese first and then learn characters.

Think of being a child and how you acquired the ability to speak and listen before you gained literacy and the ability to read and write.  When you have a basic conversational foundation in Chinese, learning the characters is a totally different -- and easier -- experience.

Also, many of native Chinese teachers come from a rigid Chinese educational background and are only familiar with rote learning so they naturally teach students the same way - learning by rote.

Ineffective approaches like these make the process difficult and results disappointing. They end up just discouraging those who want to give it a try, which in turn perpetuates the myth that Chinese is too difficult to learn.

But really, Chinese isn’t a scary language and as a Chinese teacher working in this field day in and day out for the past 10 years, here’s my 2 cents.

Yes, Chinese and English are different, but so what?  Like any language, Mandarin is just words and sounds put together to communicate ideas, and anyone can learn it.

Remember those two myths about why Chinese is so difficult?  Let me explain:

Myth #1: Chinese is a tonal language and English is not

English also has tones. For example, when you say “what?” with a rising tone, you are using the 2nd tone in Mandarin. Literally, that's the second tone.

When you say “No” with a strong emphatic downward voice, you’re speaking with a 4th tone.

It's that simple: you can find the exact equivalents of all four Chinese tones in English.  But most non-Chinese don't learn tones this way, they try to learn them as a completely new sound they must master.

Seeing how frustrated and confused students were learning Chinese tones, I posted a video on YouTube way back in 2014, trying to teach the tones using English equivalents, and to this day it is the lesson we get the most consistent, positive feedback about.

And here's my quick cheat sheet on "How to Master Chinese Tones" using their English equivalents: 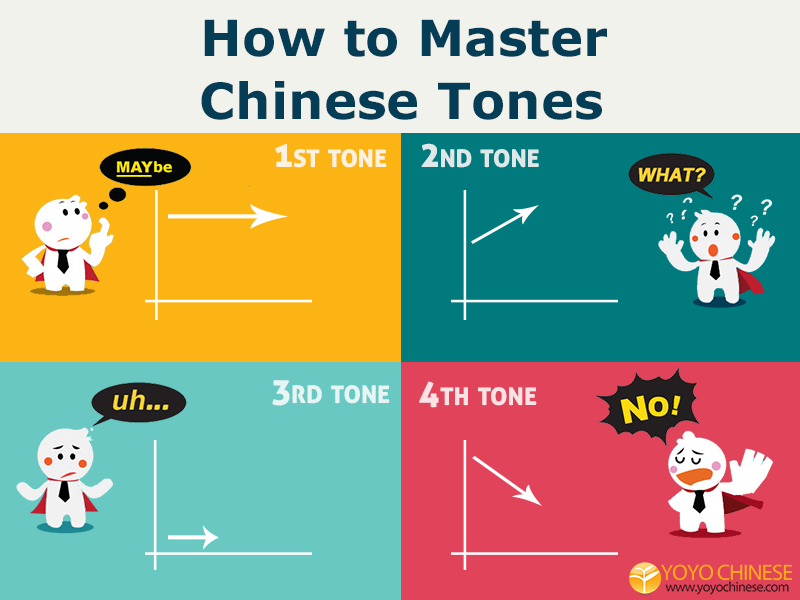 Myth #2:  I have to learn all those Chinese characters, (and they look freaking scary!).

Well I can assure you they aren’t as scary as they look, but that’s not the big idea here.  The good news it that you don’t have to learn characters to learn Chinese, at least not at the beginning.

You can use something called Pinyin to help you pronounce Chinese words early on in the learning process, so you can skip learning characters when you start.

Pinyin is actually something Chinese kids learn first at school, before they even learn characters. Pinyin helps you ”spell” Chinese words in the Roman alphabet, but more importantly, Pinyin helps you pronounce all of the Mandarin sounds and tones correctly. You should learn Pinyin (which is not difficult to do at all) before you do anything in Chinese. 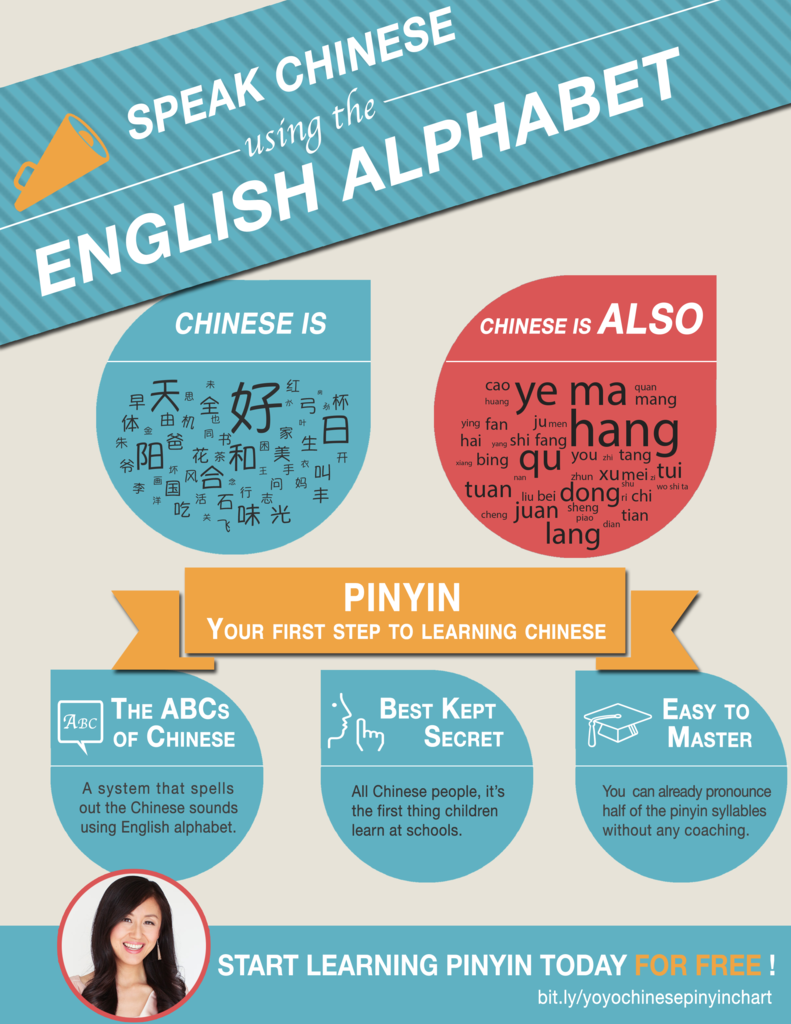 Pinyin is so important that I made an entire pinyin course and put it up for free on Youtube, so people starting to learn Chinese don’t skip this super important step, one that lays the foundation for the rest of their Chinese studies.   You can watch it here:

But admit it: Chinese characters are basically just random lines.

They may look like that, but actually Chinese characters follow logical patterns, and for those who do study the characters, the underlying logic is one of the most fascinating parts of learning Mandarin and seeing everyday words in a different light.

Chinese characters all consist common components that you will see used over and over again. That underlying logic and structure to Chinese characters makes it incredibly easy to acquire vocabulary after you’ve got the most basic characters and components down, and even easy to guess the meaning and pronunciation of many characters you’ve never seen before.

This is what I mean:

And then, several reasons why, actually, Chinese can be EASY to learn.

1.  Compared to other European languages, Chinese grammar is easy and straightforward: there’s no gender, there’s no plural, and there aren't even articles like, “a”, “an”, or “the”.

2.  There is NO VERB CONJUGATION in Chinese, which means the verb “to be” stays the same for “she is", "he was", "I am", or "we are”. This makes talking about time -- such as what happened “yesterday”, what “will probably happen tomorrow”, what “was happening but isn’t happening anymore” -- really easy!

3.  Chinese is based on building blocks, so the more you learn, the easier it gets. Chinese compound words are very transparent and logical. In Chinese, once you learn the basic sentence structures and useful words, you can simply put together the old pieces to make up new ones.

, which literally means “electronic brain”.nSo when you see the Chinese words for “movies", "telephone" and "computer”, you know they are all related to electricity and that will help you memorize the words. 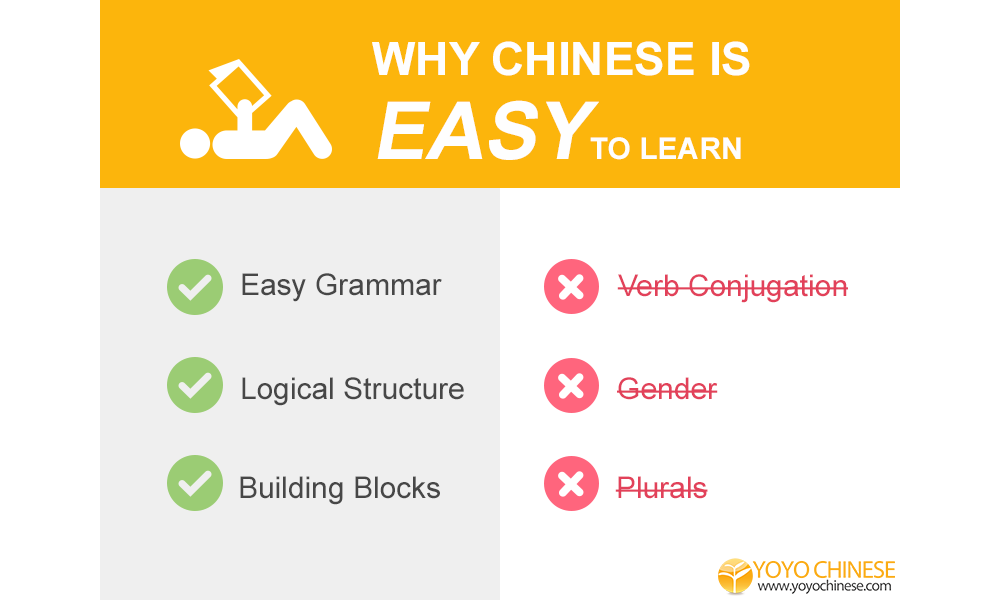 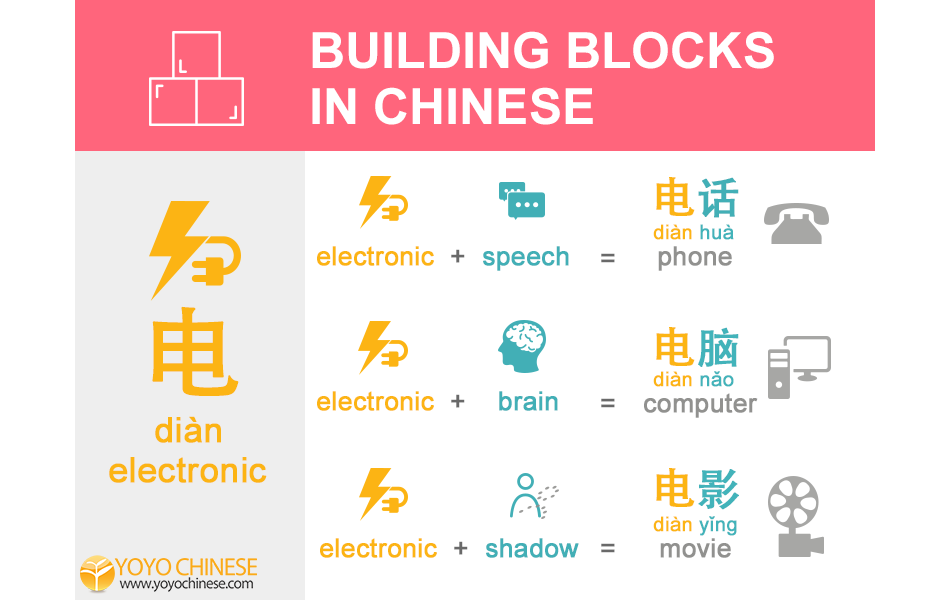 I know, this is a super lengthy answer to a short question, but this is a misconception that I’ve got pretty strong feelings about!

I love the Chinese language and I love teaching it, so I hate it when people get scared away before they even get a chance to give it a try themselves. I hope this answer change at least one brave soul about learning Chinese so we can defeat this vicious cycle.