6 Details You Need to Know About Schools in China

There are three questions that I always get from family, friends, and anyone who finds out that I live in China and that my kids don't go to international schools:

The quick answers are:

But there's more to it than that.

Foreign children in Chinese schools are not such a foreign sight these days, but they and their family get a totally different experience than what they'd get in their home country or an international school.

With just three years of experience as the mom of a child studying in China, I can't say I know everything, but I do have a good understanding of the system. More so than I had in my eight years just living here or even the five years I was in a classroom teaching.

My teaching memories vs. my son's learning experiences 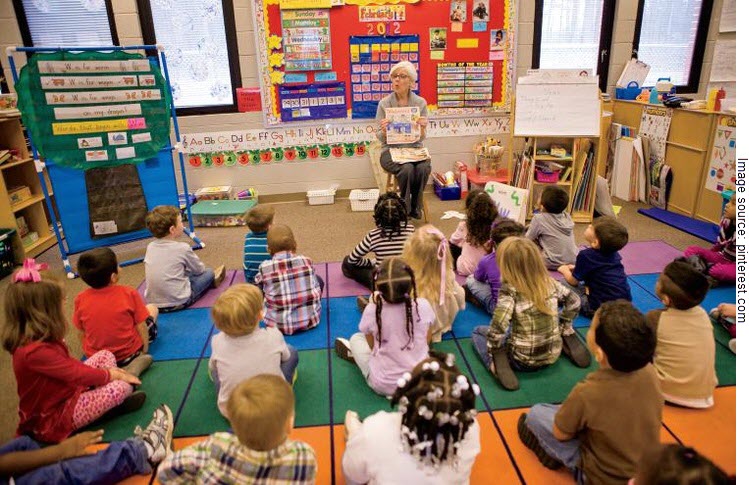 When I was a teacher, I spent hours creating questions based on Bloom's Taxonomy that test a child's understanding of material.

I'd spend three hours on a Sunday afternoon putting up new bulletin boards or preparing for science experiments.

And I thought that spending only an hour correcting papers at night was pretty darn good.

But schools in China are quite different.

Memorization and regurgitation of facts is the main focus of homework and exams.

I've yet to find a bulletin board in a classroom (though I've seen extra chalkboards decked out with the latest propaganda slogan and accompanying cartoon-like drawings).

Teachers don't take home any work. That means that they actually correct homework during their office hours at school, or parents end up correcting it at home.

I remember my childhood teachers fondly, as kind women and men who had a passion for educating the next generation.

On the contrast, I've never seen my son's math or Chinese teachers smile.

I'm certain that these women are exceptions and that there are many caring teachers in Chinese schools, but the understanding that I have is that teachers are uber-strict and are to be respected and feared.

That said, there are benefits to be had by enrolling expat kids in Chinese schools.

Wiz kids in the making 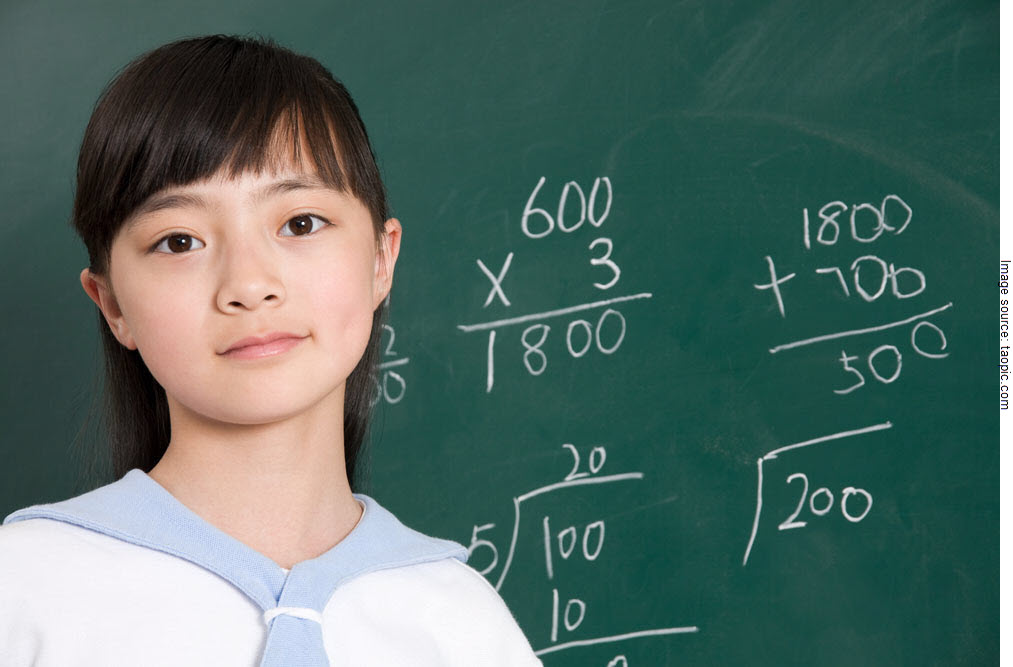 1. They learn Chinese. Perhaps it's obvious, but kids who study in schools in China get a great education in the Chinese language, both reading and writing.

Starting the school year, I could still read more than my son.

Now, I can read well over 700 Chinese characters...just not the ones that are taught in first grade.

I know the basics that any beginning Chinese character course teaches. But, it turns out that words like 我 (wǒ)

are words kids learn in preschool.

In first grade, they're learning the characters for many of the words that I can speak, but hadn't learned to recognize.

2. They obtain mean math skills. Asians are known for being excellent in math, and my son is on track to be a part of that stereotype.

In his book "Outliers", Malcolm Gladwell explains that part of the reason Chinese excel in math is that since the Chinese words for numbers are all monosyllabic, kids are able to mentally calculate numbers faster and spend more time on difficult problems before giving up.

My son is faster at calculating in Chinese than English.

I can only tell you my phone number in Chinese.

As much as I want him to be equally strong using English for everything, for now I encourage him to use Chinese only when doing math.

3. They are included just like the other kids. Since teachers are in the classroom for the sole purpose of prepping kids for tests, there's little time for them to dote over my 混血儿 (hùn xuě ér)

Foreign children in Chinese schools will get a real taste of daily school life and are treated like any one of the others.

While it’s frustrating that the teachers won't take into account the challenges my son has faced in being bilingual and potentially having a smaller vocabulary than his peers because of this, it's refreshing to know that he's not being singled out because he lags behind in some areas.

A fellow foreign friend, whose children are also half-Chinese, said that since her kids have the typical black hair and darker skin and speak perfect Chinese, most of their classmates don't even know there's a foreigner in class.

What the guidebooks never told me 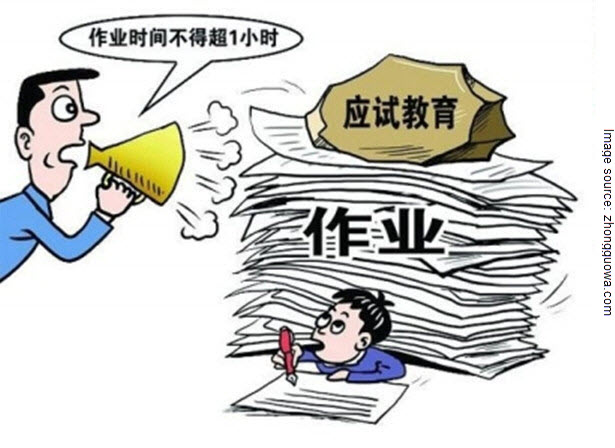 4. Teachers use a "chalk and talk" philosophy. Unlike the colorful classrooms of my elementary school years, Chinese classrooms typically have one teaching aid: the chalkboard.

The teacher writes and lectures while students furiously copy the words into their notebooks.

There's very little interaction between teachers and students, and with classrooms containing upwards of 40 or more students, how could you?

A lot of teachers will tell you that they don't like this method of education. A lot of parents do all they can to get their kids into more progressive schools or even international ones.

But teachers have little choice but to teach to the test, preparing kids for the grand daddy of them all, the 高考 (gāo kǎo)

I do believe there will be change one day. But with the snail-pace that things tend to go, I don't foresee it happening while my kids are studying in China.

as an unnecessary day to spoil children.

I despised it so much that my kids didn't know of its existence until this year.

But I have a new perspective on, and appreciation for, this day as of recently.

It was the only day all school year that the teachers didn't give any homework.

Even weekends and holidays have the equivalent of one day of homework for each day they're not in school.

As I write this, it's early August and my son is still putting in two hours a day doing homework and studying his second grade textbooks.

Parents have to attend meetings and lectures, and then write reports on what they learned several times each year!

Besides that, we have to check the daily homework and have our son make corrections before signing off on it. 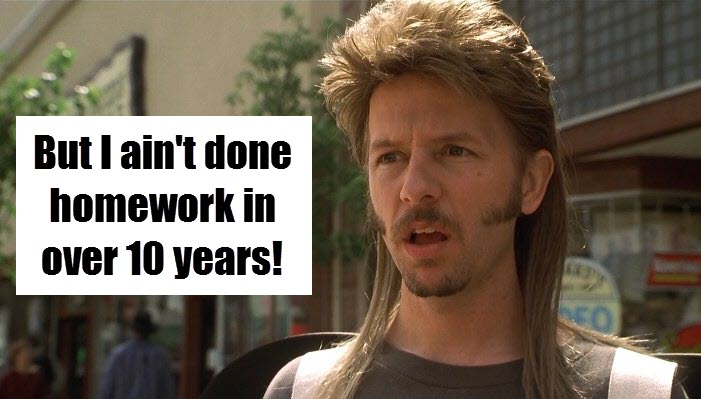 We're never quite sure when the term will end and the next will start. Once when they did tell us in advance, they were off by two weeks.

The daily schedule is also unreliable. School officially ends at 3:40 pm, but I never go there before 4:00 pm since it’s a rare occasion when the teacher lets them out on time. Or even within a half hour of that time. Although, I've heard this isn't as much a problem in top-tier cities where schedules tend to be more Western and don't allow for a two-hour midday rest.

Besides not being able to know for sure when school will start and end, you also have to account for the craziness that is the Chinese holiday schedule system.

In America, many holidays are observed on a Monday even if the official holiday happens on the weekend. China, however, celebrates holidays on the exact day, which can be confusing.

To allow people to have a longer holiday weekend, if a one-day holiday falls on a Thursday, kids will have Thursday, Friday, and Saturday off. But they start school on Sunday to make up for having Friday off!

Are you interested in having your kids attend Chinese schools?

I wish I could give you a step-by-step guide, but while talking with others, I've found that there's no cut and dry path to follow.

What works in one province won't in another.

We live in a small community, and by virtue of his birth in the country, my son is seen as a Chinese citizen. So enrolling was as simple as taking his passport to the school on registration day and filling out the paperwork like everyone else. We paid the minimal fees for books and uniforms and we were good to go.

I've heard others say that there are tests to ensure that the kids have good speaking and listening skills that are necessary for them to keep up.

- red envelopes filled with money, are required to “encourage” the powers that be to allow the child in.

The testing makes sense, but I’d stay far away from the schools that hint at needing a gift. 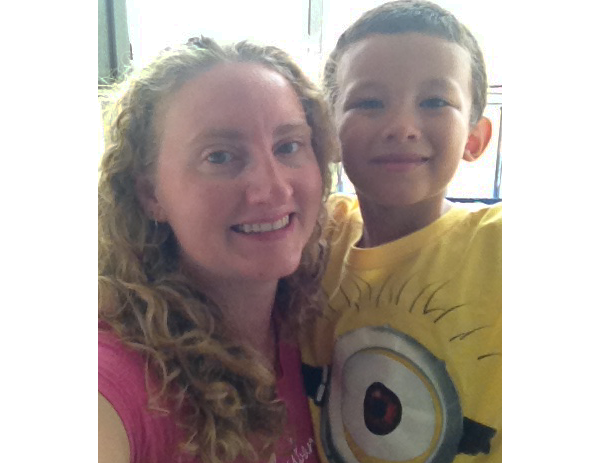 Are Chinese schools right for everyone?

For some, it may be a hassle to get the school to accept their foreign-passport-holding child.

Others may be overwhelmed at the sheer amount of homework and work that the parents have to do.

And honestly, I'm not always sure it's right for us.

There are no international schools in my area (or more than a handful of foreigners for that matter), and my husband is not convinced that home education is an acceptable alternative to traditional school (even though I have a degree in elementary education).

It also probably doesn't help that home schooling is still illegal in China, so this concept is still quite foreign to my husband.

So, our son attends the local public school until we take the leap and move to the USA.

I’m curious, though, have your kids—or those of friends or colleagues—sent foreign kids to Chinese schools? Share the experiences with us in the comments!