We wrote recently about the remarkable popularity of basketball in China, but a close rival for the hearts of Chinese sports fans is soccer/football (just going to call it soccer from here on out, #sorrynotsorry #maybeabitsorry).

Unlike basketball, however, which has produced a handful of world class Chinese players as well as an increasingly respected domestic league, Chinese soccer just kind of...stinks. 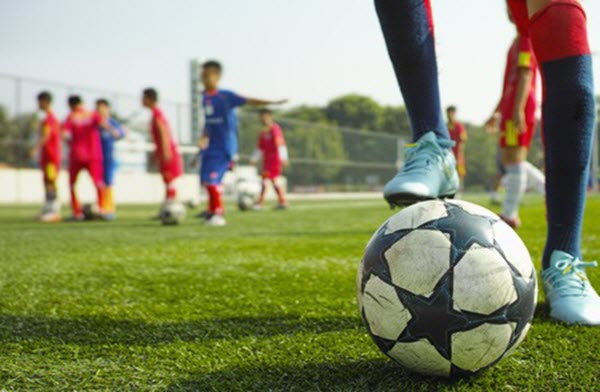 The domestic league (the CSL or Chinese Super League) is flush with cash and the occasional imported star but features quality of play well below what you can see in even the lower-tier European leagues, despite sizable crowds for matches.

To me, this doesn't compute: soccer is massively popular, and tons of kids and adults play, but this hasn't translated to any success internationally.

The Chinese men's national team, for instance, has one World Cup appearance, in which they were bounced from the group stage after scoring approximately (ok, exactly) zero goals.

So we're going to take a quick look at the state of Chinese soccer and try to diagnose what ails it: 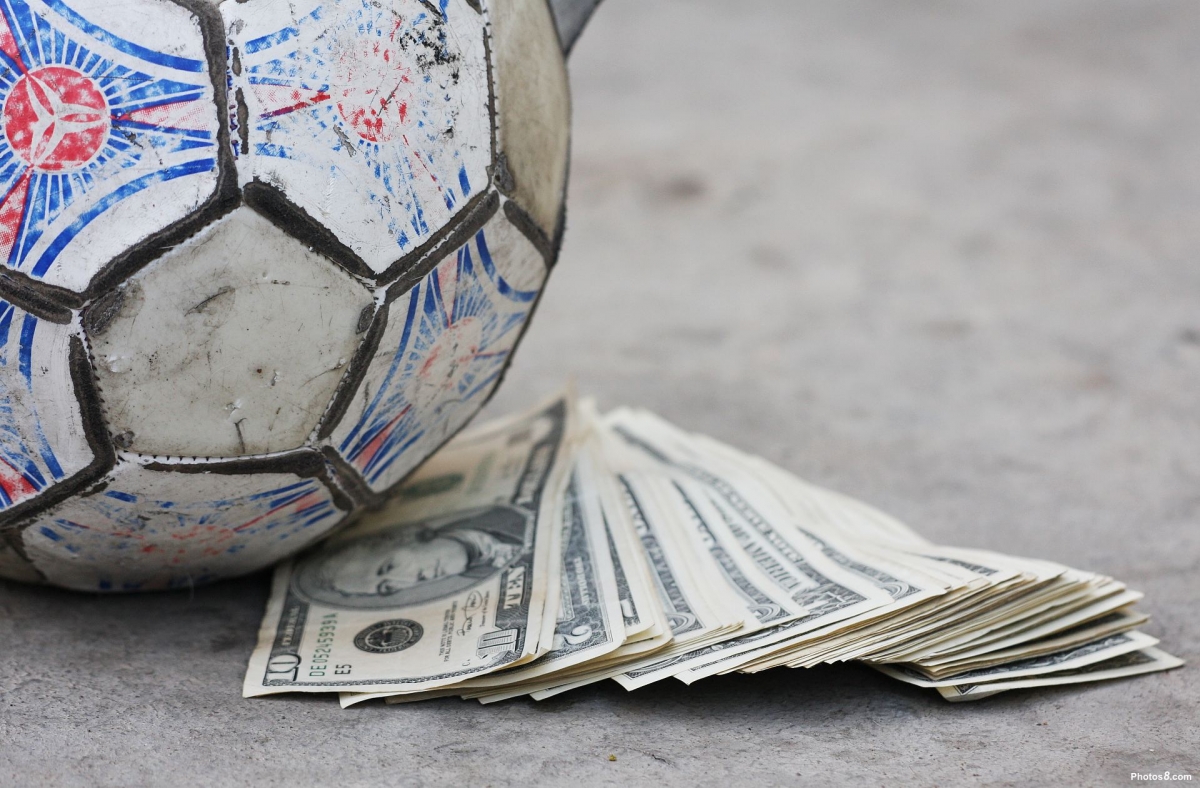 Corruption is nothing new in Chinese officialdom, but the country's soccer apparatus has, for a variety of reasons, bred a particularly impressive form of corruption.

Where to even start? One summer day three years ago, ELEVEN soccer players and officials, including the former head of the CFA (Chinese Football Association), were handed down jail sentences of varying lengths for offenses like match-fixing and bribery.

There's even a widely circulated joke that spots on the men's national team are for sale for a paltry 100,000 RMB (~US$16,000), though there's no telling how true that is.

Most perniciously, corruption has infested China's youth soccer ranks, as well, with reports of youth coaches and organizers taking bribes and neglecting their administrative duties.

In 2009, victories by a middle school girl's team at the World Middle School Football Championships in Turkey were stricken from the record after it was revealed that ringers from the national team were paid to play alongside the supposedly average schoolgirls.

The issues with the whole system have not been weeded out despite numerous purges, suggesting deep structural problems that won't go away easily.

It's hard to imagine for North American kids, who tend to play organized, recreational soccer at the youth level in huge numbers (I begrudged my way through like eight years of games and practices before my dad realized it was just easier not to make me go).

Players that don't show high potential very early on are ignored and encouraged to pursue other paths, eliminating the chance that late bloomers could contribute to the national team system.

Chinese fans saw the failures of this system first-hand in 2012 when the legendary Chelsea striker Didier Drogba signed with the CSL's Shanghai Shenhua side.

Drogba, of course, is one of the Premier League's greatest foreign players of all time, and was studying accounting when he was given a roster spot on a 2nd-tier French club at age 21.

Outside influences are strong here, as well. If soccer players don't demonstrate obvious ability when very young, parents are reluctant to let their children continue to pursue soccer if the chances of success aren't as evident.

Time spent nurturing skills on the pitch, obviously, could be better spent getting an eight year head start on the gaokao.

Limited Space in an Urbanized Society 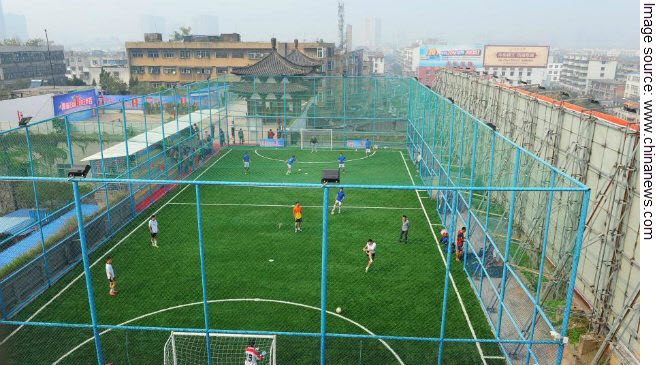 One argument that often makes the rounds is that China's increasingly urbanized population means there's a shortage of space for proper soccer fields and facilities.

While it's a bit odd to think that the world's third largest country is short on space for anything, there's some validity here.

Only the nicer schools tend to have full-size fields, and while basketball requires a lot less space, a lot of basketball courts actually take up space that could be used for soccer, a legacy of the country's push to set up basketball infrastructure.

So, while there are a lot of people, young and old alike, kicking soccer balls around, few are doing it on proper, full-sized pitches in an organized context. 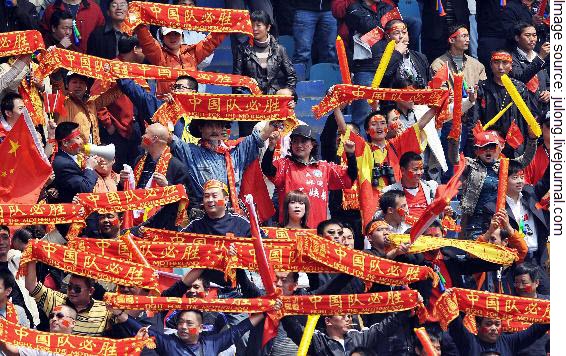 At the end of the day though, the issues mentioned above are circumstantial factors. Heavily urbanized countries like Japan and South Korea continue to have international success, for instance, and soccer corruption is hardly endemic to China.

What really underpins the whole issue, in my view, is that being successful at soccer requires a grass roots, long term, highly-integrated and cultural approach.

Players have to start training when young but more than that they need to start training the right way with the right players while young, with a constant eye toward the future and for developing that unique mix of creativity and discipline that makes a player great.

Unfortunate as it is to say, that's just not how China does things right now.

Their national team, for example has had 8 coaches in ten years (nearly Redskins levels of instability here, and that's saying a lot), an atmosphere that's not really conducive to a long term development plan.

And, unlike in basketball or individual sports where one or two super-studs can really carry a team or program, soccer requires a more team-based, strategic approach – even Messi or Ronaldo can only do so much, while simply having 2006-era Yao Ming on your basketball team gets you pretty darn far.

How Culture Impacts a Soccer Team 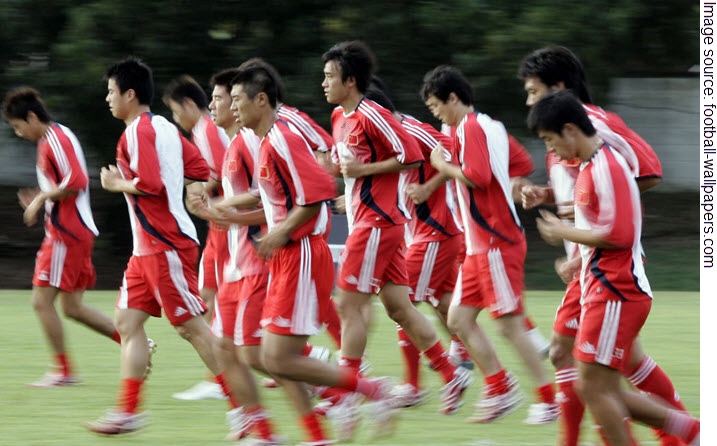 That's more or less how things in China work at present: get while the getting's good because who knows what will happen 15, 10 or even 5 years down the road.

Nowhere is this mentality more evident than in the experiences of former New Yorker writer Evan Osnos, who spent over a decade living in Beijing.

One year, the front door of his four-year old house began jamming, so he called the complex's repair guy, who explained,

In the spirit of Beijing these days, it had a certain logic. We often see houses in the neighborhood demolished and rebuilt in the course of a few weeks, so it’s not much of a stretch to imagine the lifetime of a house in terms of a few years.

It's just a symptom of the massive changes that have taken place here in the last century, but the effect on the soccer pitch is that there isn't the consistency, stability or long-term plan needed to build a successful national program from the ground up, and the solution isn't just to start over again and again. 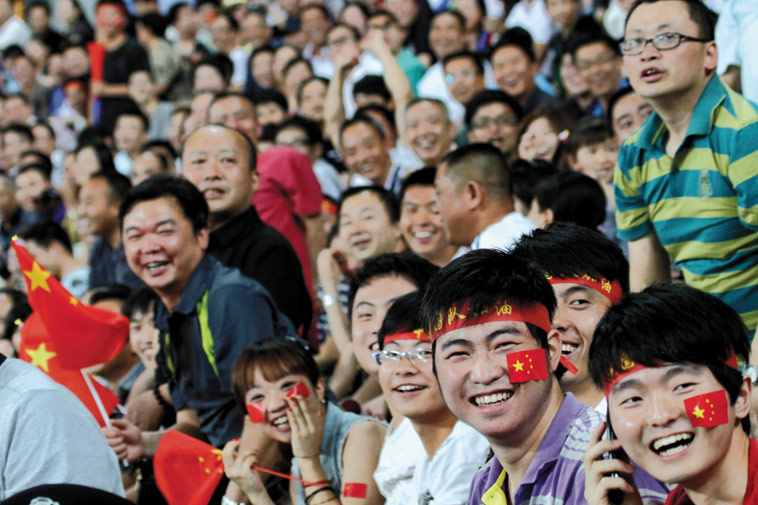 There's also the issue of cultural identity and what that means for soccer.

Think of some of the great national teams and how they had strong team identities that jived with national culture: Brazil's “beautiful game” reflects the free-wheeling, open culture the country is famous for.

That's not even to mention Spain's famed passing-based “tiki taka” strategy, honed over a decade with the same core group, that has brought them immense international acclaim.

Chinese soccer needs to figure out what it is before it can be successful, but doing that just might entail a great deal of cultural introspection.

Have your own opinions about Chinese soccer? Let me know about them in the comments.
8 Things to Know About Chinese Shopping Culture Chinese Health Concepts You Should Know About