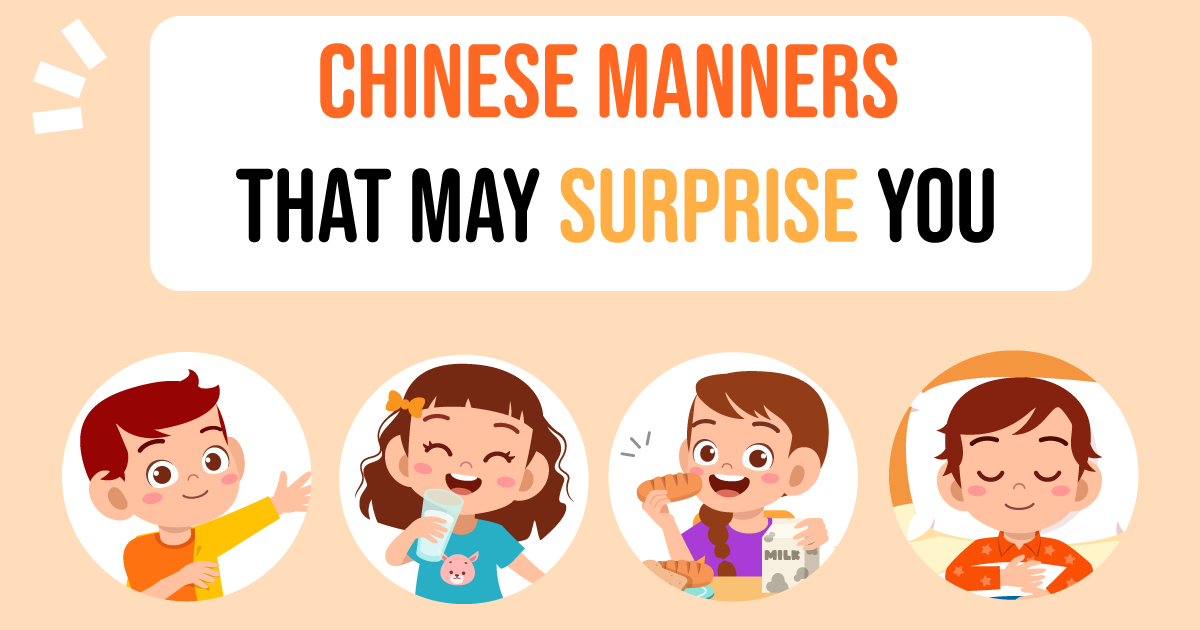 Chinese Manners That May Surprise You

At first glance, you may think learning a foreign language is all about grammar and vocabulary. However, understanding the local culture is just as important if you want to successfully communicate and make friends in China.

Some manners in China are very different from what you may be used to (and might even annoy you at first!). I’m going to explain one of those differences in Chinese manners so that you’ll have a more successful time communicating and making friends while speaking your new foreign language in China.


I remember my first week in China vividly. Strangers and new friends were constantly telling me what to do about my health, well-being and happiness.

I would be told to 多穿点衣服 (duō chuān diǎn yī fu)

- bring an umbrella. People I barely knew said things that my mother would have told me as a child growing up!


Were people treating me like a child because I was new in China? That’s what I thought was happening for months. It wasn’t until much later that I realized what I was missing: my new Chinese friends were just following basic Chinese manners.

In China, there are several very common phrases of basic, mundane advice that are used as pleasantries. Saying these things to friends and strangers is a way to be polite and show you care. After you learn some of these Mandarin phrases, you’ll be armed to make friends and show you understand the local culture and manners.


In China, when the weather starts to get chilly or when it is raining, you will certainly be told to wear more clothes. Don’t worry, this phrase is not referring to the modesty of your clothing - like it may have been when my mom yelled it to the teenage me leaving the house in a mini-skirt.

In China, your friends are simply saying that you should make sure to wear a warm coat, a hat, gloves, or anything else to keep out the chill. You wouldn’t want to catch a cold would you?

In Chinese traditional medicine, it is believed that many simple ailments can be cured by drinking hot water. If you start coughing around Chinese friends or show any symptoms of the common cold, stomach flu, or headache, a polite Chinese friend will almost certainly remind you to drink more hot water.

In fact if you happen to be drinking a glass of cold water at the time, they may blame your symptoms on the offending iced drink. You should do the same when your friends seem to be under the weather if you really want to show off your cultural know-how.

- Do you have a cold? Drink more hot water.

Eating is a social event all over the world, but China takes it to a whole new level. In China you’ll likely be invited to many banquets, lunch parties, dinner parties and late night extra dinners. In other words, you’re going to spend a lot of time eating with your new Chinese friends.

When I lived in China, I was invited to so many meals that I often had lunch or dinner twice. Since the food was so delicious everywhere I went, I enjoyed every minute of it.


When you’re eating with Chinese friends, you may be told to eat more food. This is not because your friends think you are too skinny. It’s a polite way in Mandarin to say, “Enjoy yourself” or “make yourself at home” during the meal.

- Does it taste good? Eat more!

*Want to learn more about the 多 (duō)

used in the above phrases to express "do sth more", and how to say the opposite - "do sth less"? Check out this lesson from our Beginner Conversational Course: 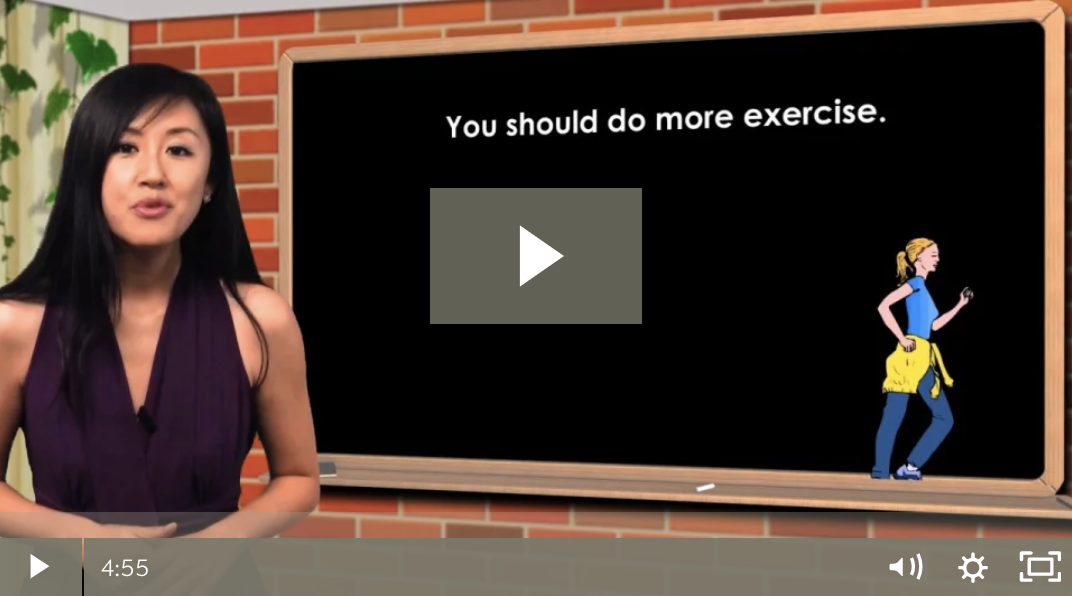 
Again, this phrase really sounds like something only my Mother would say based on the United States culture where I grew up. However in China, this is a common phrase to use between friends.

After a long karaoke party, let’s say you look at the clock around 11:00 pm and decide it’s time to go home. You could say something like, “I’ve got an early morning, I’ve really got to get going. 你们也早点休息 (nǐ men yě zǎo diǎn xiū xi)

- You should also get to bed.”

To someone unaware of Chinese culture, it may sound like you’re being bossy or giving unwanted advice, but it’s really just a polite way to say goodnight. You can use this in person or when hanging up with someone over the phone.


You are now armed with four very common phrases that you can use with Chinese friends to show them you really understand their culture. It may feel a little foreign at first, but with practice you will get used to, and master, the art of Chinese manners.

Have a question? Let us know in the comments below!