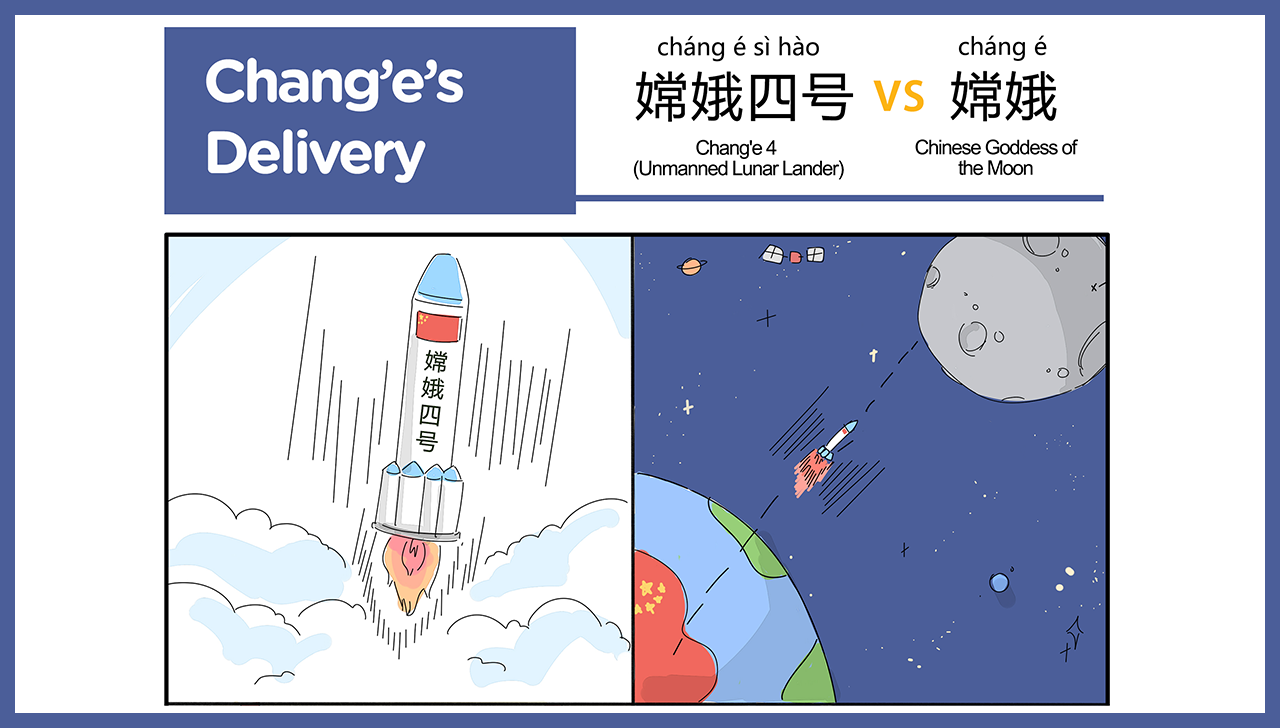 You might have seen the news that on January 3rd, 2019, China achieved the first soft landing on the far side of the moon.

. Where you wondering where that name came from, or how to even pronounce it??

is actually the name of the Chinese Goddess of the Moon.

The Legend of 嫦娥 (cháng é)

There are several different versions of the legend. One version of the legend is that one day, ten suns rose up into the sky and burned the Earth, bringing great hardship to its people.

Hou Yi, a skilled archer, shot down nine of the suns, and left just one to provide light and warmth to Earth.  He later married a beautiful woman named Chang’e.

One day, on Hou Yi’s travels, he encountered Empress Wang Mu, the Queen of Heaven. She provided him with the elixir of immortality, and told him that drinking the entire elixir will let one ascend to heaven as an immortal. Since he didn’t want to part with Chang’e, he asked Chang’e to keep the elixir hidden.

One of Hou Yi’s disciples, Peng Meng, saw the elixir. One day while Hou Yi was out, Peng Meng, rushed into his home and demanded Chang’e give him the elixir. Seeing he was armed, and knowing she couldn’t fight him, Chang'e took it out and drank it all right there.

She then began to float up into the sky, and reached the Moon, where she would spend the rest of her days apart from her beloved husband.

Hou Yi discovered his wife was on the moon, and offered up her favorite foods on an altar, signifying the worship of the moon.

We thought it'd be funny if the Chang'e 4 Lunar Lander met the Goddess Chang'e on the moon, and made this fun comic strip! 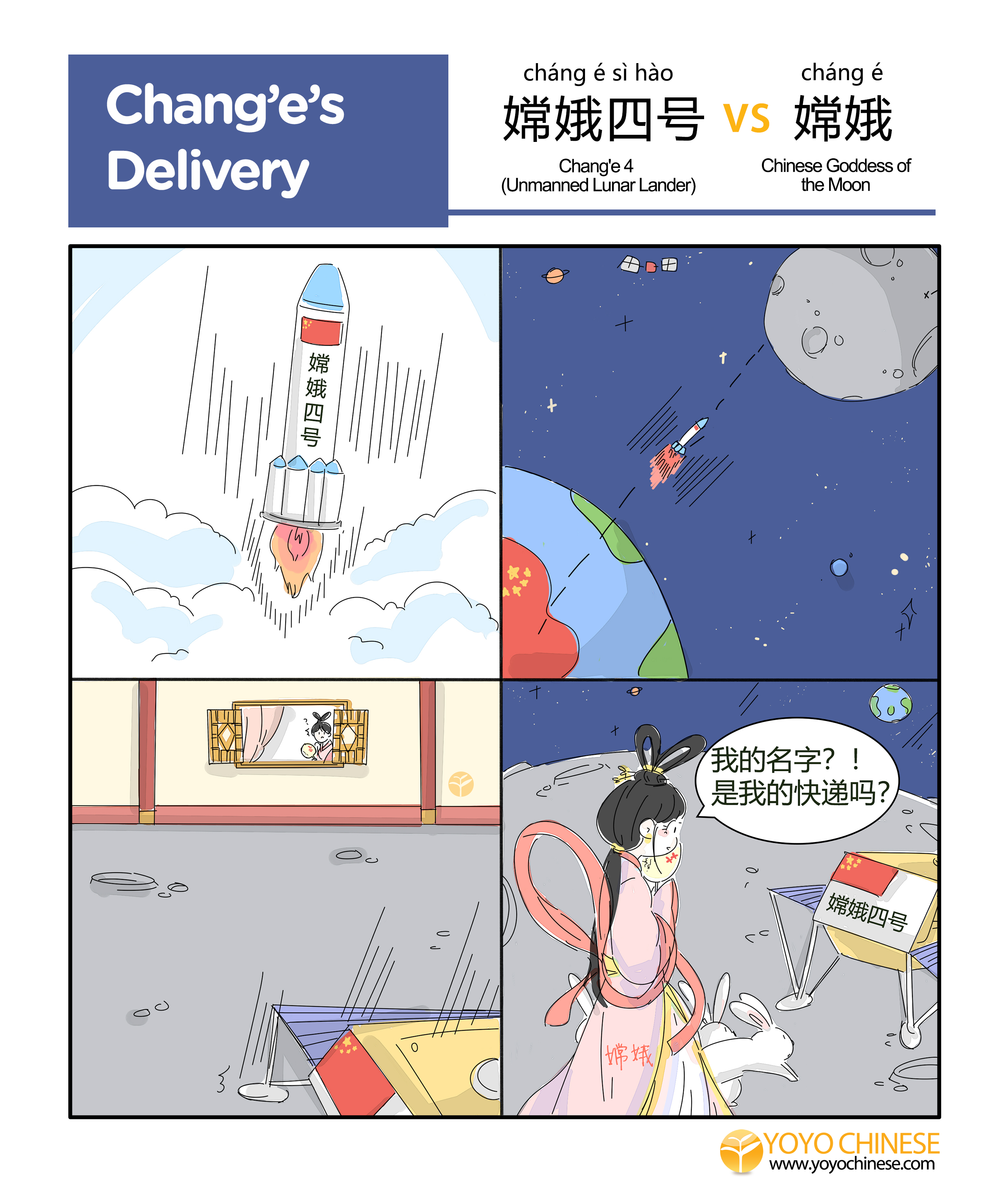 For more help mastering these sounds, check out our free interactive pinyin chart. It has audio every single sound in Chinese, with each tone, so you can focus on the ones that are giving you the most trouble: