Blog / How To Use a Chinese Dictionary: Part 1 - WITH PINYIN
When learning Chinese, you’ll certainly find times when you want to look up a Chinese word that you don’t know in a 词典 (cí diǎn)

- dictionary, to see what it means in English. And of course, vice versa.

- pinyin for the Chinese word, it’s easier to look up. If you don’t know the pinyin, or just know part of it, well then it’s a bit more difficult, but still possible!

In this post, we’ll be specifically looking at how to go about looking up Chinese words or 汉字 (hàn zì)

- Chinese characters - when you have the pinyin. We'll also let you know our recommendations for online or physical Chinese-English dictionaries! (PS: We’re not affiliated with these companies, we just recommend them!)

If you’d like to look up a Chinese word using pinyin, it’s pretty straightforward. In today’s modern age, many of us like to use online dictionaries (either mobile apps or websites), and they are immensely helpful, plus really quick!

There are a handful that are pretty accurate, but to get down to the core meaning for some characters or words in an “academic” sense, we still recommend looking at a physical Chinese-English dictionary. For instance, in our courses, we use the physical dictionary for reference as needed.

How to Use It:

Most websites and apps have a “search” function for looking up words. All you need to do is just type the pinyin in the search bar (you don’t need to add the tones or update your keyboard languages), and select the word you’re looking up by either the character and/or pinyin with tones. 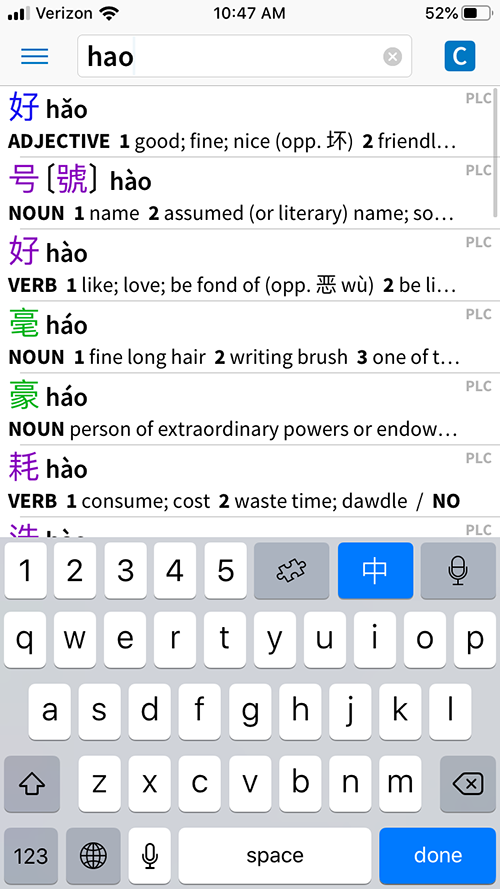 Once you’ve made your selection, you’ll find any English definitions associated with the word. You’ll also usually see the words used in short phrases and example sentences, which is often complete with audio as well! There’s also usually a section where you can see other words containing that character or word. 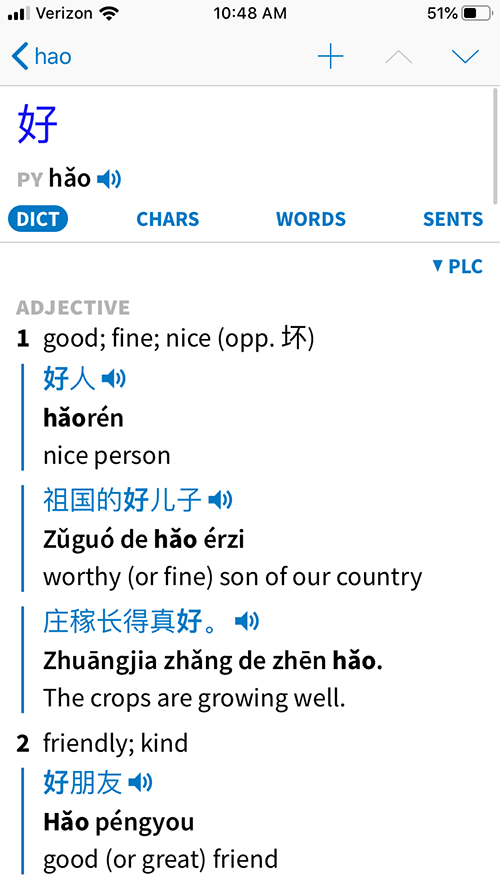 As far as online dictionaries are concerned, we like to recommend Pleco, which is a free English/Chinese dictionary app that is by far one of the most popular and accurate ones out there. 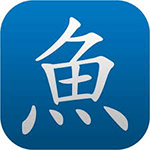 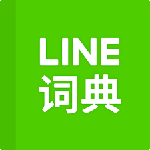 Physical dictionaries are more robust and more complicated to use, but often provide more accurate translations, in an “academic” sense.

Physical Chinese dictionaries work much like English dictionaries. The letters are arranged from A-Z, according to the Chinese pinyin alphabet, which is quite similar to the English alphabet.


What’s a bit different is that under any given pinyin, such as “ba”, the words will be arranged by tone. So under “ba”, you’ll first see the first tone, second, third, fourth, and then finally the neutral tone. For the few tone changing characters like 一 (yī)

You’ll also notice that each individual character will be given first, and then any words that start with that character will be listed below it, again in the same alphabetical order by pinyin. For instance, under 好 (hǎo)

, you may find the next entries underneath it to be 好办 (hǎo bàn)

Once all tones for a given pinyin entry is finished, such as “ba” (neutral tone), you’ll see a new section with the next pinyin provided according to alphabetical order and then tone, so in this case, it would be “bāi” (first tone).

In addition to the Chinese words and pinyin, these dictionaries also often give the part of speech of the word, the different English definitions, and some example sentences in both Chinese characters and English.


There are some that are designed for non-native speakers and include the part of speech in English, as well as the pinyin for the example sentences given. There will also be some degree of variation in the layout of these dictionaries, and you’ll find some to be of higher quality than others.

The dictionary we use in our office, and highly recommend, is “A New Century Chinese-English Dictionary”, since it is highly accurate and quite comprehensive. 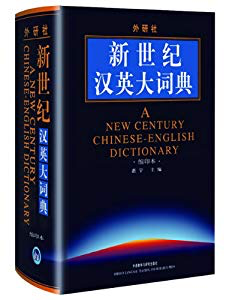 Just bear in mind that the example sentences themselves do not include pinyin, and the parts of speech are listed in Chinese.

That just about wraps up our breakdown of how to use Chinese-English dictionaries to look up Chinese words with pinyin!


Stay tuned for Part 2 of this series, for how to look up a Chinese character WITHOUT pinyin!

How To Use a Chinese Dictionary: Part 2 - WITHOUT PINYIN Your Guide to Chinese Holidays in 2020