Travelling in China? Don’t Miss Out on These 9 Spots

So you’re putting in the hours and blasting away at learning Chinese – congrats! It’s a challenging and rewarding journey. But how will you take advantage of your newly-earned language skills, while sharpening them and broadening your horizons ALL AT THE SAME TIME?

By travelling through China, of course!

Despite the occasional complaint that all of China’s cities look the same (there’s some truth to it, certainly), it’s nonetheless a ginormously ginormous country (approx. the size of the US including Alaska), and a surprisingly diverse one culturally, geographically and even linguistically.

Everyone knows the big cities and landmarks, but once you get past that, there are some remarkable, beautiful and (sometimes) not at all crowded places that make China such an enticing travel destination.

I’m excited to share some of my favorite spots with you guys. 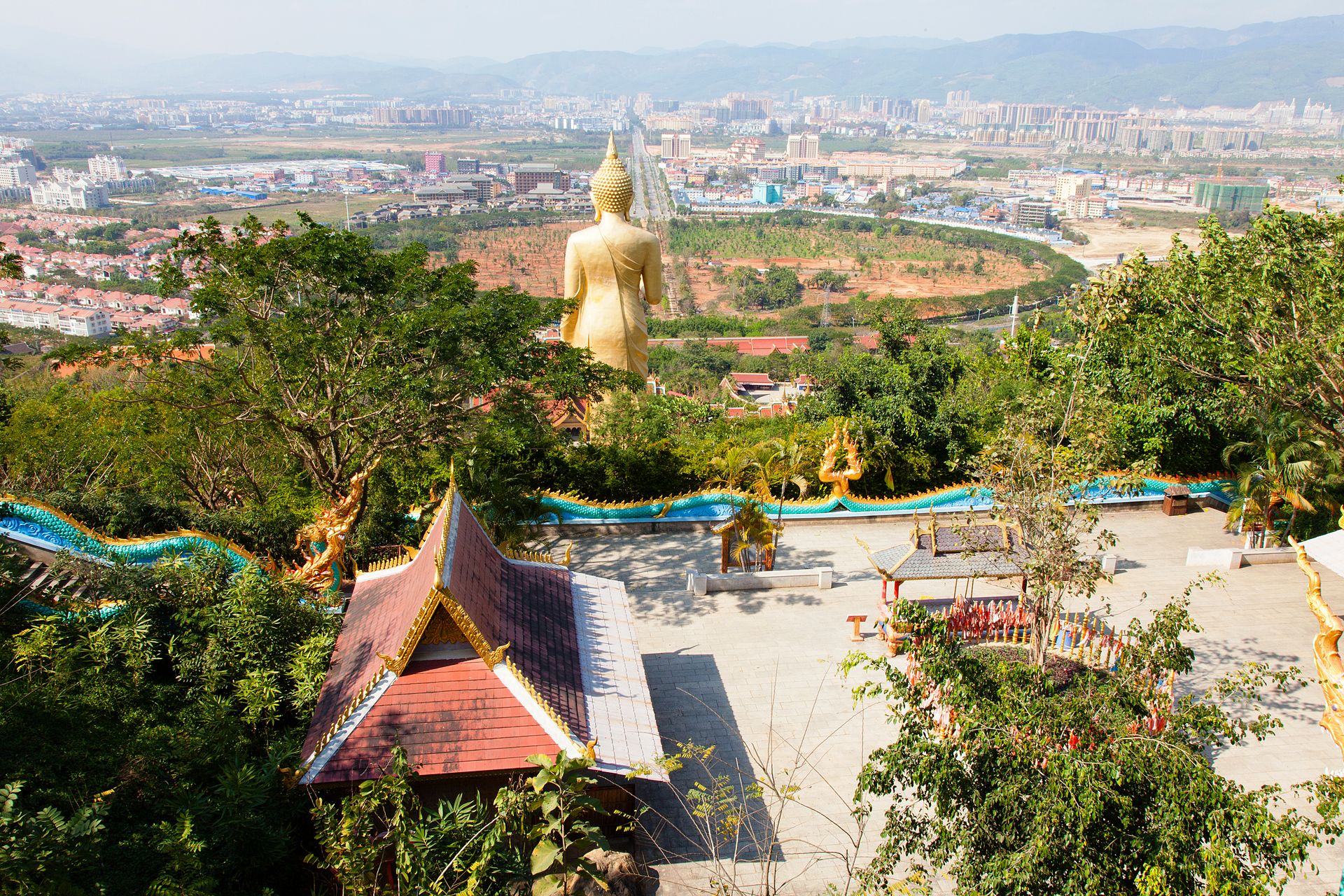 Situated in Southwest China’s Yunnan Province and on the border with Thailand and Burma, Xishuangbanna is one of China’s most unique places.

The area is centered around the city of Jinghong (景洪)

, and is about as far from the hustle and bustle of China’s east coast cities as you can get.

There's mountainous terrain and a substantial population of the Dai (傣)

minority, as well as tons of good hiking and sightseeing and a very strong Southeast Asian influence.

The architecture is particularly interesting, a mix of the blocky low-rise buildings you’ll find everywhere in China and golden-roofed structures that immediately scream THAILAND.

and just the general cultural mixing that you can’t really find elsewhere. The warm weather year-round doesn’t hurt either. 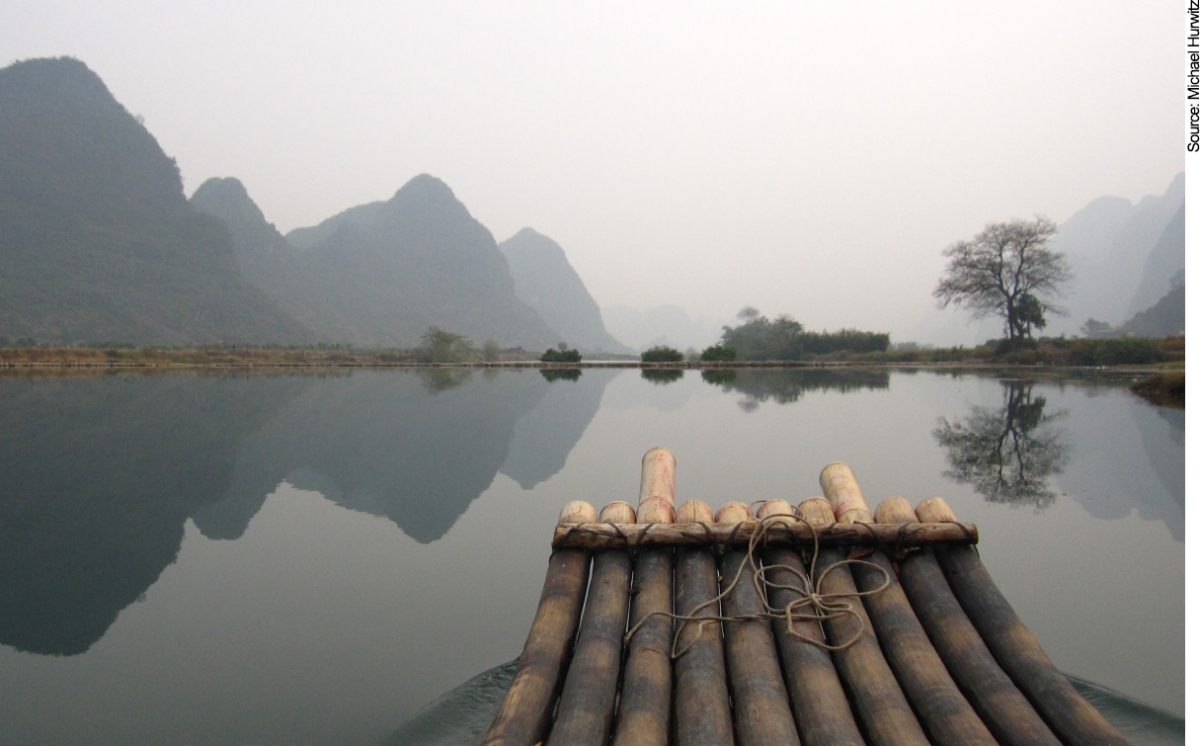 Away from the crowds, Yangshuo is about as peaceful as China gets.

This picturesque region is hardly off the beaten path, but it’s worth fighting the crowds: these mountains are all kinds of stunning.

The town itself is kind of hit or miss and really touristy, but the relatively nearby city of Guilin (桂林)

is pretty cool and wandering around Yangshuo you’ll encounter friendly locals and scenery that’s hard to match anywhere in the world.

There’s rock climbing and other outdoor/adventure sports to be found, and the lakes and mountains bear a resemblance to New Zealand’s famous Mitre Peak.

The scenery might be confusingly familiar to you, actually – Yangshuo was a direct inspiration for the floating mountains in the film Avatar, and the Li River and accompanying peaks are featured on the back of China’s 20 yuan bill: 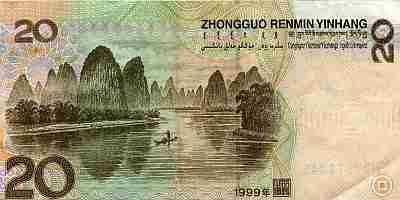 The upside of the crowds is that there’s good tourism infrastructure, though I preferred the quiet parts and scenery myself. 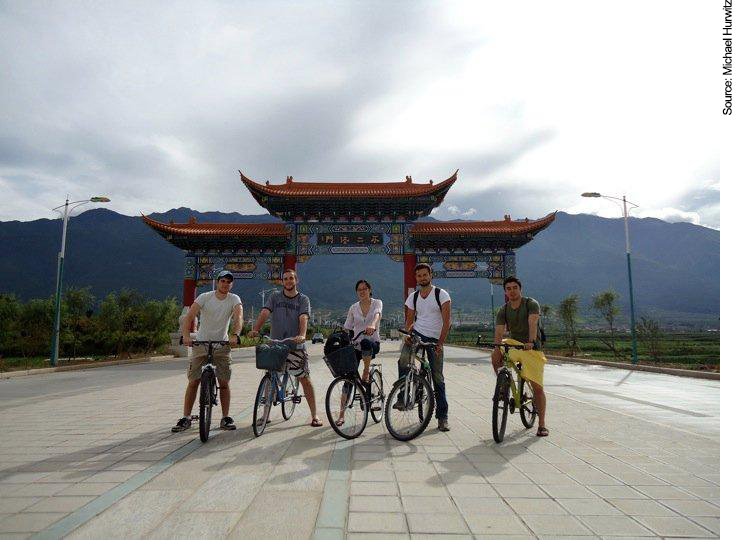 I was briefly part of a very beneficent biker gang in Dali.

Another classic Yunnan backpacker spot, Dali is possibly the most laid-back place in China, which is actually a pretty laid-back country on the whole.

It’s a really interesting combination of old and new, with cobblestone streets, good, modern infrastructure, some very nice hostels (the Jade Emu was the nicest hostel I’ve stayed at anywhere in the world).
Lakes, mountains and rice paddies are seemingly piled on top of each other, and easy access to the amazing Tiger Leaping Gorge (pictured right) makes Dali a must-hit destination if you’re in China.
There’s also an interesting cultural mix going on here, and I loved biking around and practicing my Mandarin out on minorities who were still learning it themselves!
4. 峨嵋山 (Emei Shan/Mt. Emei) 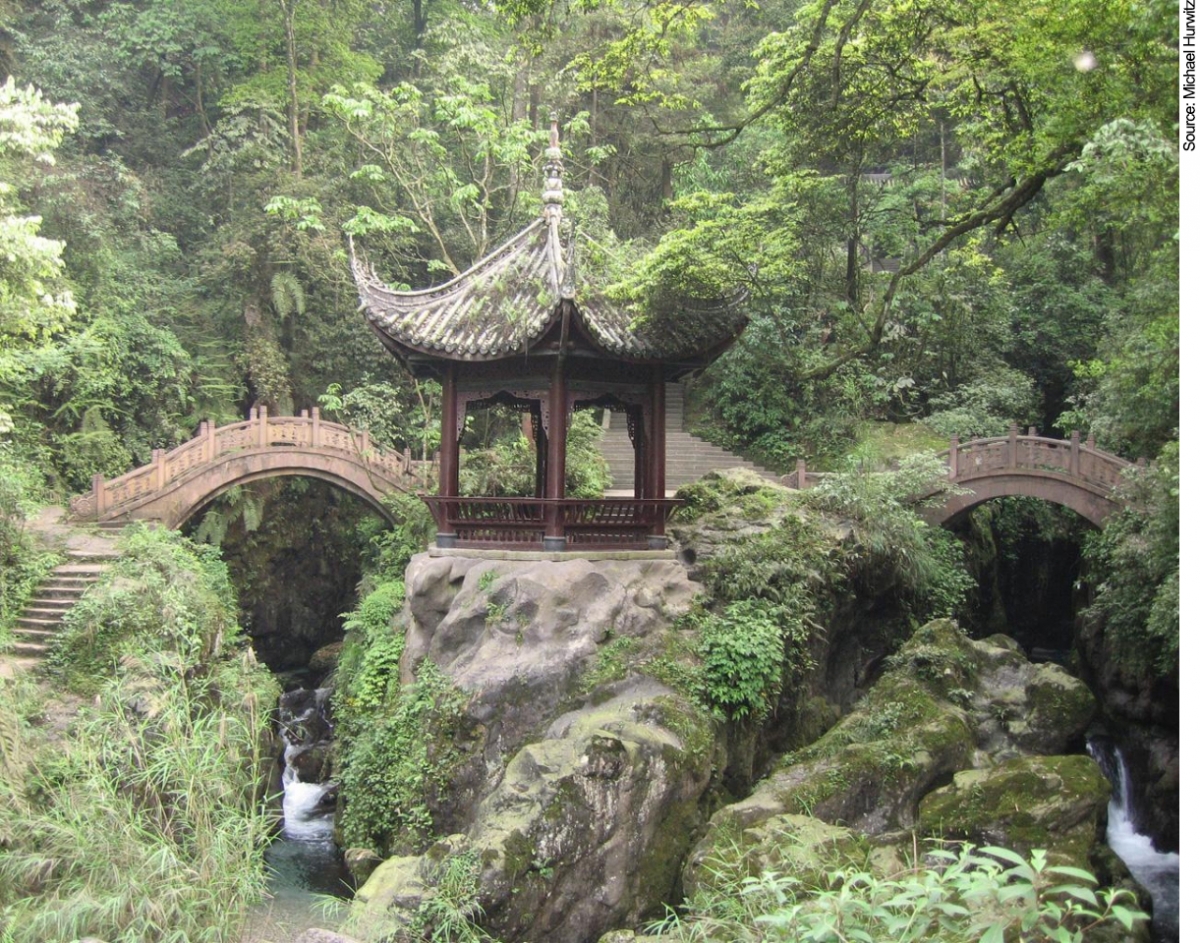 Cultural and religious significance is everywhere in Emei Shan, amid some awesome scenery.

Located smack-dab in the middle of the country in Sichuan Province, Emei Shan is not quite as heavy on the scenery as some of its better known counterparts.
What it lacks in views (the views are still awesome, though), it makes up for in height (3,100m/10171ft) and significance, as Emei Shan is one of the four sacred mountains of Buddhism.
Adherents made pilgrimages there every year, a practice known in Chinese as cháo bài shèng shān(朝拜圣山)

, literally “pilgrimage to a holy mountain.”
I actually haven’t personally been, but friends tell me you can sort of feel the weight and significance of the place, not unlike how a trip to Gettysburg or other sites of historical or religious significance can convey a certain sense of importance and power.
Despite its momentousness, crowds are not a problem at Emei Shan, and there are monasteries and a cool variety of animals (monkeys!) around to enjoy after you’ve soaked in the spiritual weight of the place.
It’s also not far from the 乐山大佛 (Lèshān Dàfó), the huge carved Buddah head at Leshan that is not to be missed.
5. 司马台 (Simatai)

on the Great Wall 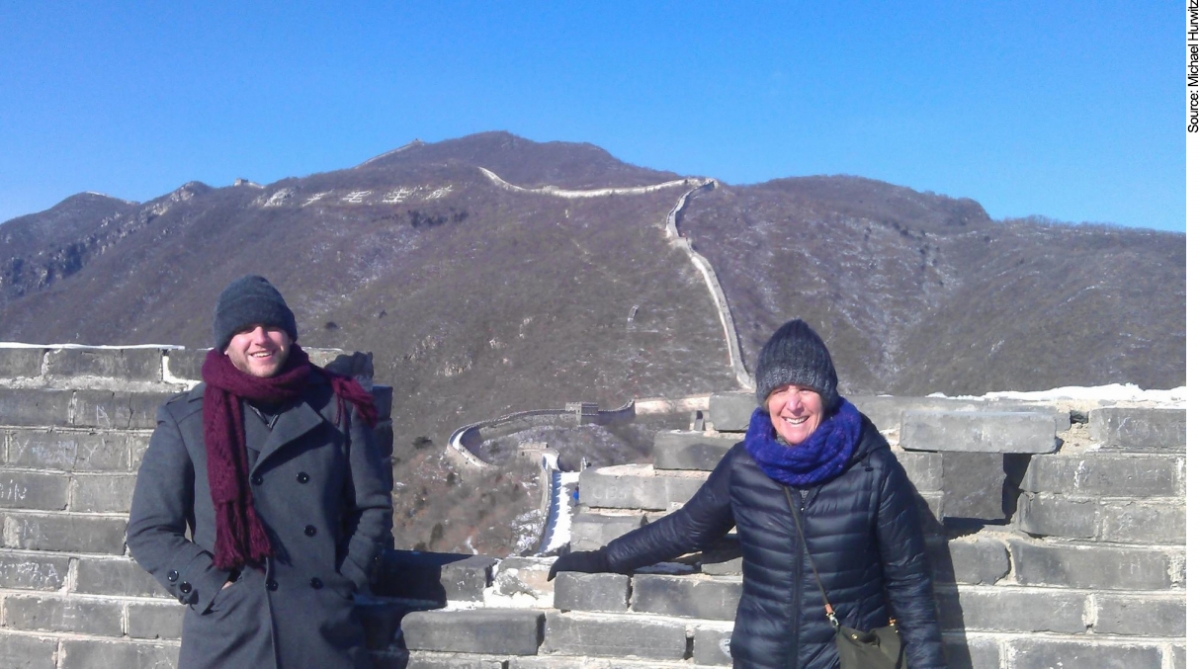 A well-insulated me and my very patient mom take in the view at Mutianyu.
The Great Wall of China (cháng chéng,长城)

is about as touristy as it gets, but there are some spots that are still worth checking out.
If you want authentic, Simatai is the way to go, as most of it isn’t restored or refitted for tourists. The Wall is crumbling in places, and the history and gravity are amazing to experience as you ruminate on how long this thing had been here and how hard it must have been to build it.
I’m a fairly experienced hiker but this was a definite challenge, as the Wall gets very steep in places, but it’s worth the trip for the authenticity and history if you’re into that kind of thing.
Mutianyu is a bit more crowded and tourist-oriented, but the views are amazing.
I was there in December (about as much cold as my Midwestern blood could handle), and with snow everywhere it’s the type of site you won’t quite be able to find anywhere else in the world.
There’s a cable-car that offers an at-times-frightening-but-scenically-dramatic experience, and though most of it is restored, the towers themselves are generally in original condition and make great photo spots and lookout points.
In the winter, in fact, it tends to be nearly abandoned on the wall itself, and with bus service from Beijing fairly spotty that time of year, it can be a serene and beautiful experience.
6. 上海 (Shànghǎi) 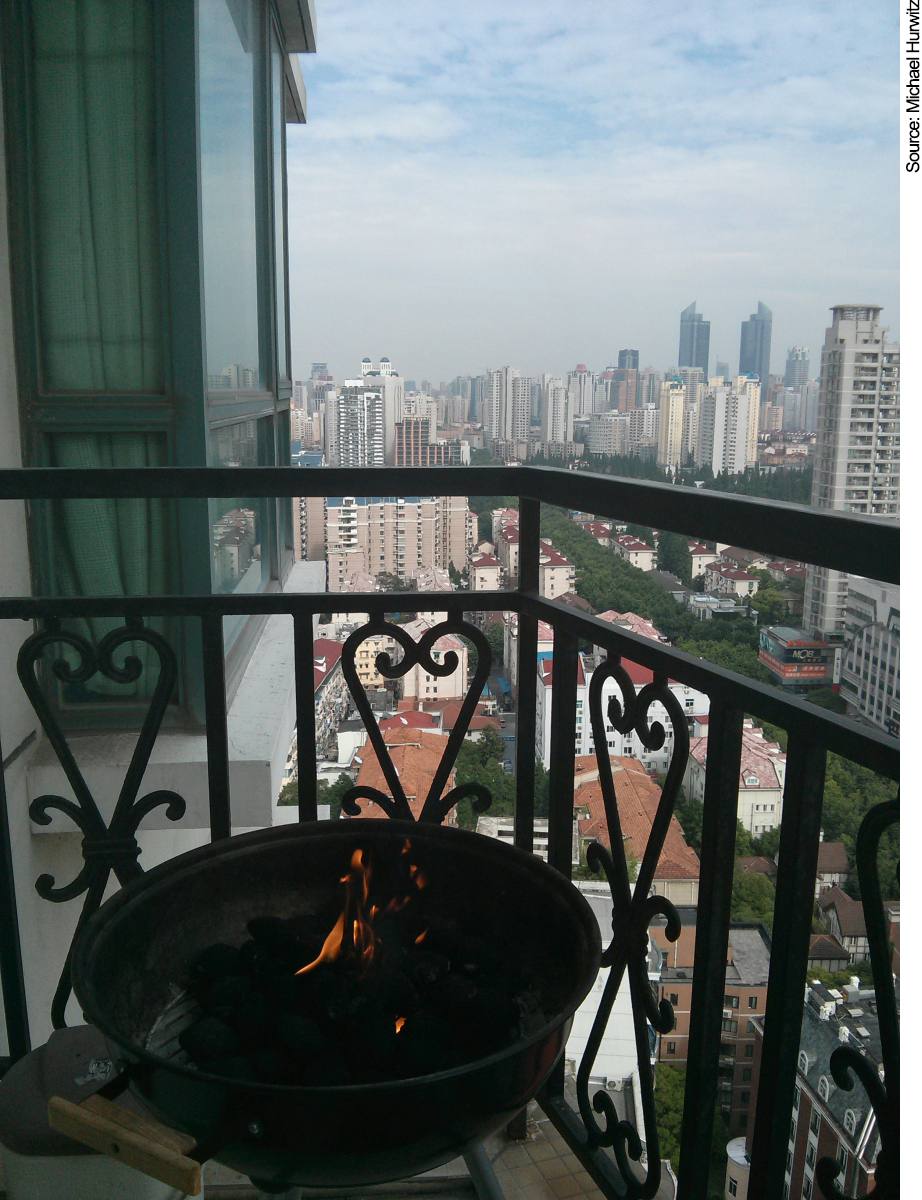 My adopted home city is really unlike any place in the world, and even though everyone says that about everywhere, I seriously totally mean it.

Often described as China’s showpiece, it’s a case study in what happens when a preposterously old and established culture meets the late 20th century head-on.

, a hard-to-translate term that basically means bustling, happening, or busy, but with a highly positive connotation.

There’s just an unavoidable feeling that this is where things are happening, and it’s palpable to locals, long-term visitors, and tourists alike.

Aside from the standard tourist itinerary (skip Yu Gardens if you enjoy sanity), the best thing to do is just wander around the city’s older neighborhoods and see how the classic and the modern mix in ways you never thought possible. 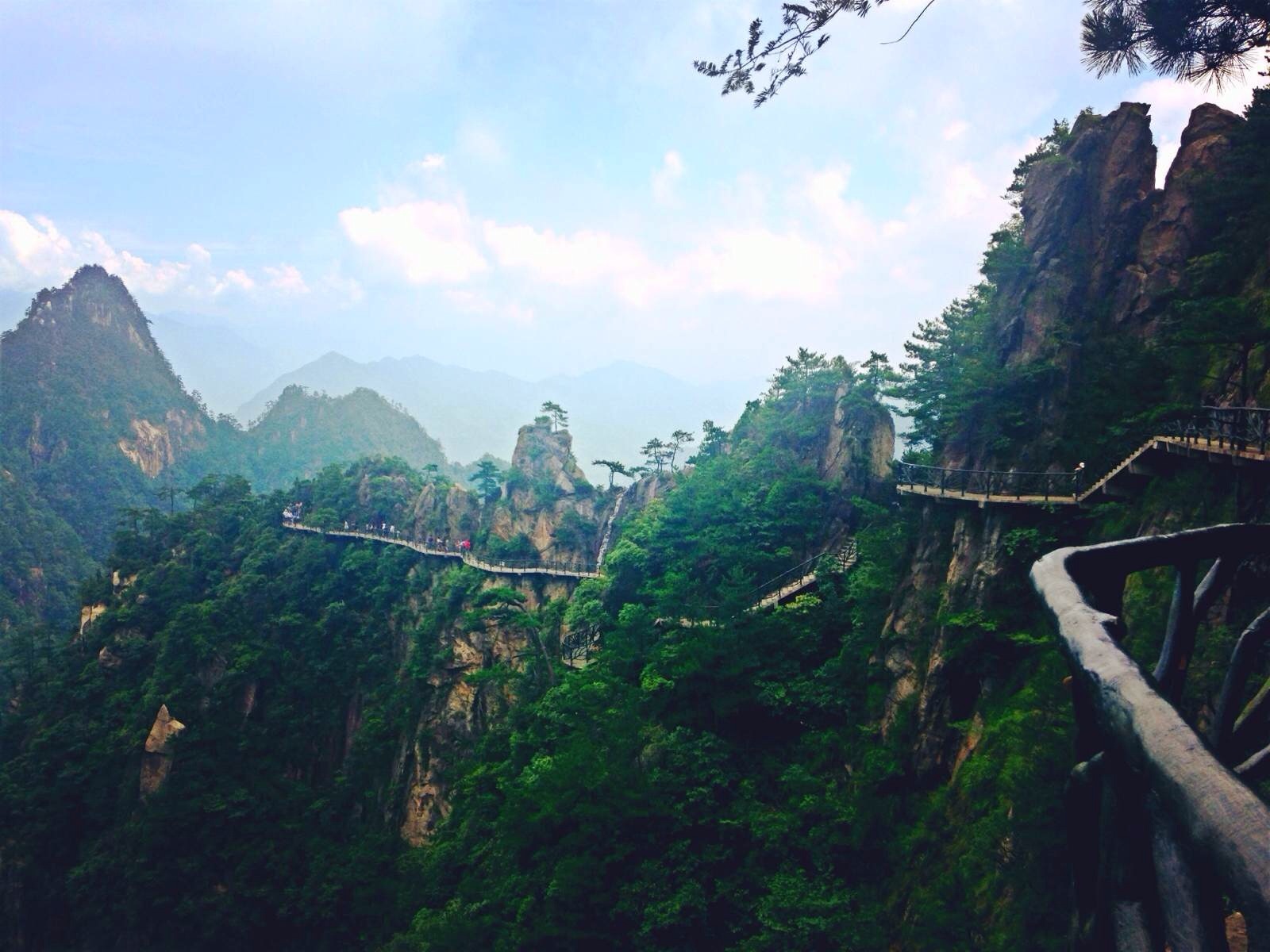 While there are still crowds, especially in the summer, they’re paltry compared to the mountain’s more famous counterparts, and the views are no less stunning.
It’s a lengthy but not especially challenging walk up the mountain (nearly every mountain in China has stairs, for some reason), there’s great scenery throughout and a casual air to the mountain, as well.
My favorite part of the trail was the elevated walkway, affixed to the side of the mountain only by rivets and so many prayers to various deities that it not fall that particular day.
The tiny town at the base of the mountain features no ATMs but lots of local color and inexpensive beer to while away the evening with residents and visitors.
8. 内蒙古 (Inner Mongolia) 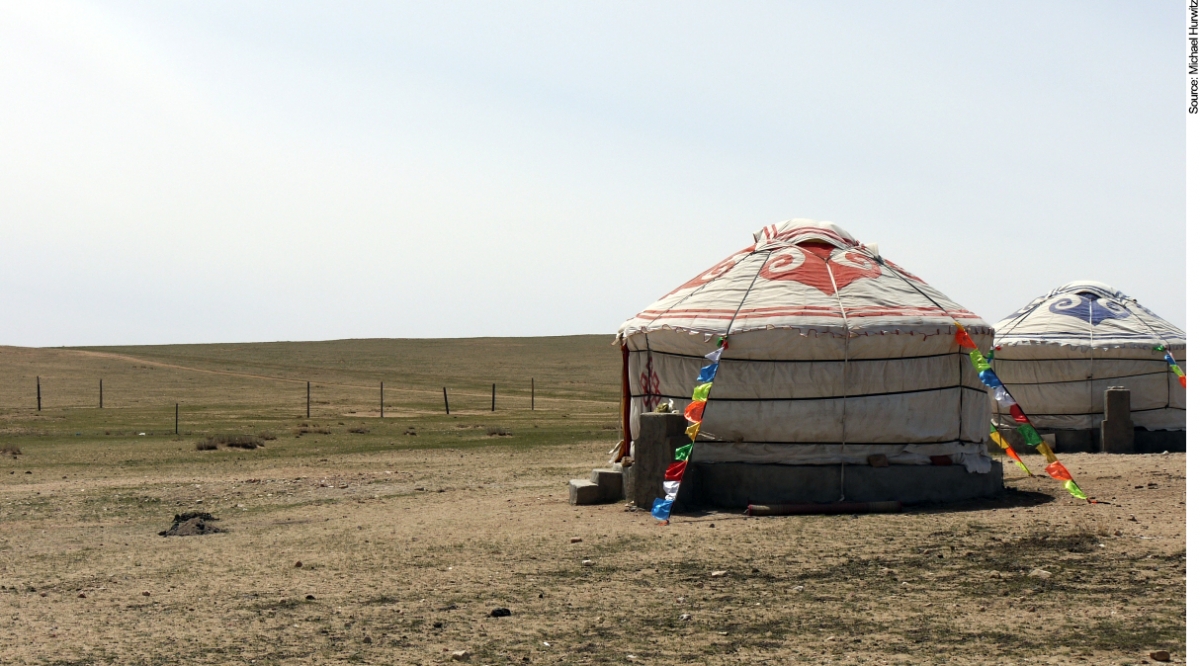 My accommodations were not without their charms...
China’s border regions tend to be really interesting, if only because Chinese culture tends to mix with others in unexpected ways.
Case in point is Inner Mongolia, a province (“Autonomous Region” more accurately) made up mostly of desert, mountains and high plains up on the border with Mongolia and a bit of Russia.
It’s very, very cold and a bit sparse, but the scenery is fantastic and you can do cool stuff like stay in a yurt and ride horses.
Hohhot (呼和浩特, Hūhéhàotè)

is the largest city, but the cool stuff is out in the boondocks and at the very not touristy sections of the Great Wall you can find here.
It’s actually fascinating to drive a couple hours from a pretty modern, standard Chinese-looking city and find people (here, ethnic Mongols but Chinese citizens, who make up about 20% of the population) living a lifestyle not all that different from the one they lived centuries ago.
It’s one of the only places I’ve seen in the PRC where almost every sign is bilingual (Chinese and the vertically-written Mongolian), and where the local culture mixes with the dominant Han culture very harmoniously. 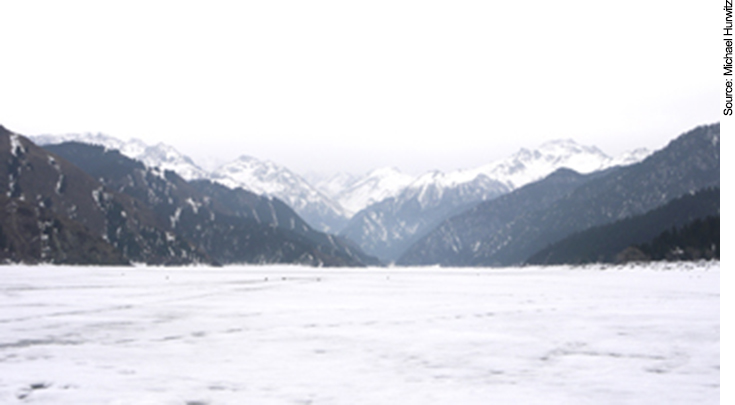 Frozen lakes and snowy mountains won me over despite my preferences for sunny beaches and frozen margaritas.
For most travellers coming from overseas, Xinjiang is a bit off the radar, and it’s kind of hard to get to (it’s as far from Shanghai as Las Vegas is from New York), but it is very decidedly worth the trip.
If you like mountains, lakes, and outdoor activities, there’s really nowhere in Asia better than Xinjiang, which means “new frontier” in Mandarin and is a split fairly evenly between Han Chinese and the local Uighurs, a Turkic people that are more Middle Eastern than East Asian in culture and appearance.
There’s tons of history to be taken in, as the region was a pivotal point on the ancient Silk Road between China, the Middle East and Europe, and has historically been seen as a cultural pivot point of sorts.

I really can’t reiterate enough that the mountains are stunning; the Tianshan mountains are part of the same range that features the Himalayas, and while many parts aren’t really accessible, the hiking is sublime and the people in rural areas are astoundingly friendly, as they don’t encounter Westerners very often. The food is also exceedingly fantastic.


Before I went a friend told me that Xinjiang is “the least Chinese place in China,” but I’m not sure that’s true. I think Chinese culture is so old and substantial that we often consider it a monolithic entity, whereas in reality, Uighurs and Han have been interacting for thousands of years. They, and Xinjiang, are as “Chinese” as a Beijing-raised Han is, in my book at least.

I’d love to hear/see your China travel stories and pictures – what are your favorite spots and what should be avoided? Let me know!