Top 10 Most Common Chinese mistakes made by English Speakers: #4

This is the seventh in a series of posts on the most common mistakes English speakers make when speaking Chinese.

In my years of teaching Chinese, I have come to notice that English speakers tend to make similar mistakes over and over again. Today, I am going to tell you the most common mistake #4.

The goal here is to become aware of these mistakes to help you avoid making them in the first place!

“Measure words” or “classifiers” might be one of the most foreign concepts for English speakers.

A student of mine once tried to joke with his Chinese friend by saying, “wǒ yǒu sì tài tài (我有四太太).”

He’d meant to say “I have four wives,” but since he omitted the crucial measure word “ge (个)” in the sentence, nobody could understand what he was trying to say and the joke completely fell flat. The correct way of saying “four wives” is “sì ɡe tài tài (四个太太).”

The concept of “measure words” or “classifiers” shouldn’t be too foreign to you.

In English, you have something similar: “a sheet of paper,” “a bar of soap,” “a set of furniture,” “a school of fish,” etc. Here, sheet, bar, set, and school can be considered measure words or classifiers.


1. When quantity is involved, insert a measure word between the NUMBER of the objects and the NAME of the object.

Measure words are also referred to as “classifiers” because some measure words actually have the additional function of classifying nouns along some physical dimensions, such as size, shape and so on.

Different measure words are used for different kinds of objects.

Don’t be overwhelmed yet! For now, just remember this: in Chinese, you must insert a measure word in between the number of the object and the name of the object.

The most widely used and the most generic measure word is "ge (个)".

You can generally get away with using "ge (个) when you're not sure what measure word to use for a particular noun, so until you learn new specific measure words or classifiers, you should use "ge (个)" to save yourself some trouble.

You can also think this way: maybe a good English word that can be used to describe measure words is "unit".

Measure words are so important. If you use the generic measure word "ge" for everything, it's okay. It just shows that you're not a native speaker, but Chinese people will still understand you.

However, if you skip measure words completely, Chinese people will NOT understand you at all. So it's better to use a less-than-perfect measure word than not to use one at all.

From now on, I suggest you seriously consider getting into the habit of adding "ge" to your daily English conversations, e.g. saying four "ge" apples, three "ge" people, and 10 "ge" hamburgers.

The following table is a summary of common measure words. If you want to sound like a native speaker, memorize them. If not, it's okay to simply use "ge" to replace all the following measure words and you will do just fine. ^_^


Measure words used in a similar way in English

Measure words sometimes used or not required in English

把 bǎ
Used with objects with a handle such as knife, umbrella, toothbrush, and chair
Example: One knife – yì bǎ dāo (一把刀)

个 / 個 ge
Generic measure word that can be used with anything
Example: One person – yí ɡe rén (一个人 / 一個人)

Have fun with Measure words! Use the comment section below to discuss the measure words you use most commonly!

To learn more about measure words, check out the lessons in Unit 20 of our Beginner Conversational Course: 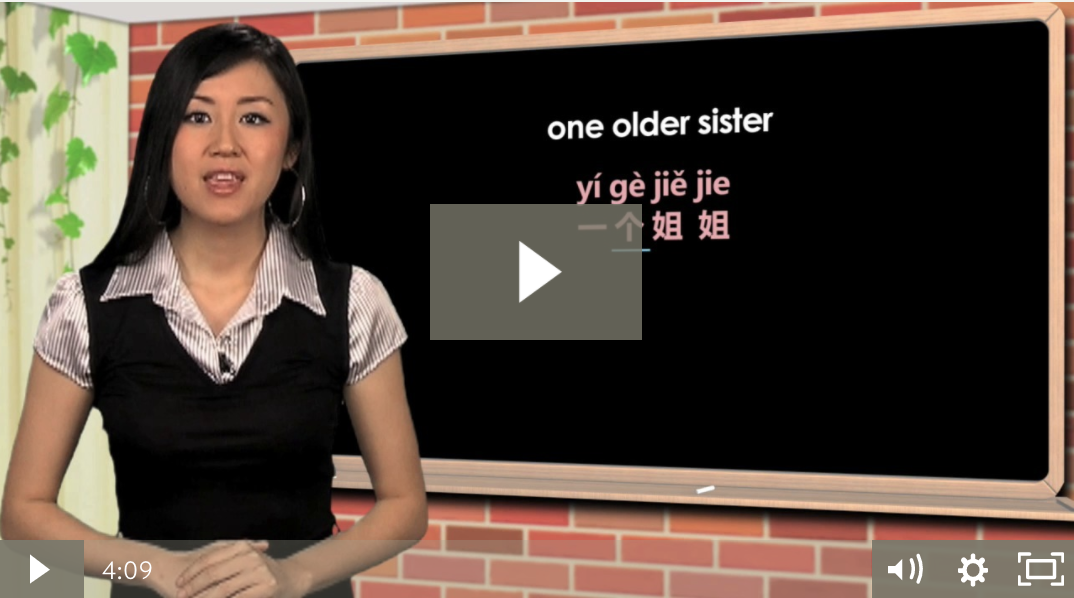