It’s no secret that Chinese culture and Western culture have some pretty serious differences.

Heck, there are whole industries and careers (*ahem* yours truly *ahem*) built on those differences. Still, when you’re actually in China, sometimes a little thing you observe on the street or at work can make these differences hit you full force. 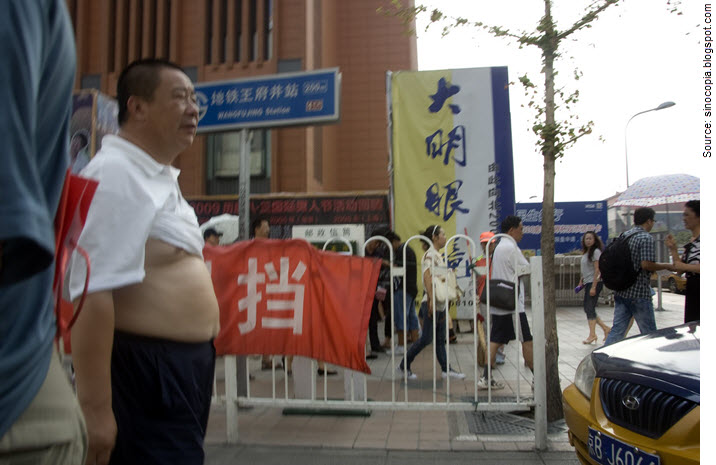 Eastern China, for whatever reason, is really humid, so Chinese men have adapted by developing a maneuver for the warmer months: The Shirt Flip.

It’s simple but effective: flip the bottom of your t-shirt up for increased ventilation. It keeps the belly cool and keeps the ladies...probably still cool.

There’s a cool linguistic element to it, as well: The Shirt Flip is known as "bào lù kuańg (暴露狂)"

, which I like to roughly translate as “exposure MADNESS”, a variation on the wider "bǎng yé (膀爷)"

#6. Umbrellas ALL DAY EVERY DAY 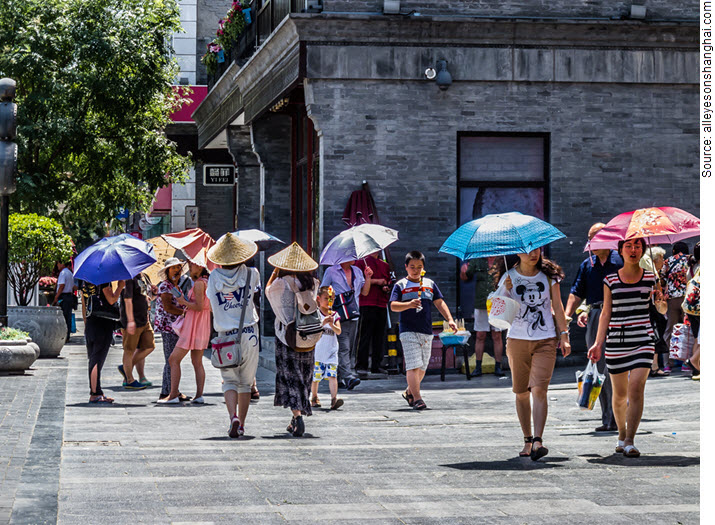 Chinese people, women in particular, are absolutely FANATICAL about not getting tan.

It’s like the reverse Jersey Shore here (which you’d think would be a good thing), and it leads to stuff like people carrying umbrellas with them whenever it’s even remotely sunny.

The cultural association is that tan skin means you labor in the fields all day and aren’t particularly well-off.

I had a colleague, for example, who used to take elaborate routes between the office and the adjacent convenience store to avoid exposing herself to the sun in any way.

Now, it’s well-known that excessive sun damage can lead to a host of serious medical problems, so this habit isn’t entirely unreasonable, but a little vitamin D can cure what ails ya as well.

If you want to know more about Chinese beauty standards and how they differ from Western beauty standards, take a look at this lesson from the Yoyo Chinese intermediate Conversational Chinese: 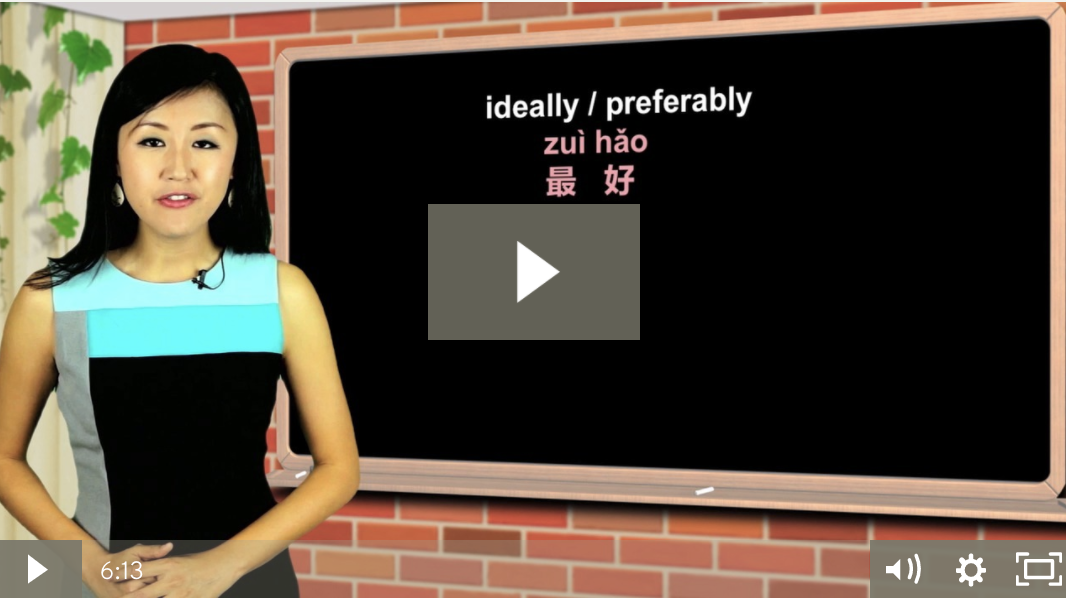 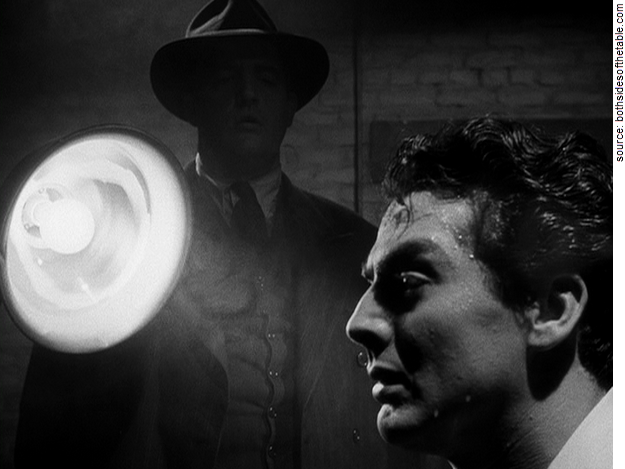 I’ve lived here for more than five years but this is one of those few things I just can’t get used to.

In the West it’s sometimes OK to ask questions like “are you married?”, “how much money do you make?” or even “how did you gain so much weight?” but only if you qualify it heavily (“So this is a really personal question and you don’t have to answer”) and know the person fairly well.

No such rules exist in China, where strangers in elevators will make fun of you for being single and fat.

I have a regular foot massage place I go to and the ladies there ask me every single time what my salary is. Pro tip: just lie about everything!

The reasoning here is cultural and fairly complex, but as with a lot of things in China, it boils down (sweeping generalization alert!) to the strong element of collectivism in Chinese culture as well as the general practicality Chinese people exhibit in daily interactions.

There’s less of a concept of individual privacy, and it extends to information like salary, marital status, and other things we don’t generally discuss in public in the West.

In essence, Chinese people tend to see themselves as part of a unit in addition to being their own individual selves, which makes it less weird to share that kind of information.

#4. Leaving Laundry out to Dry in Public 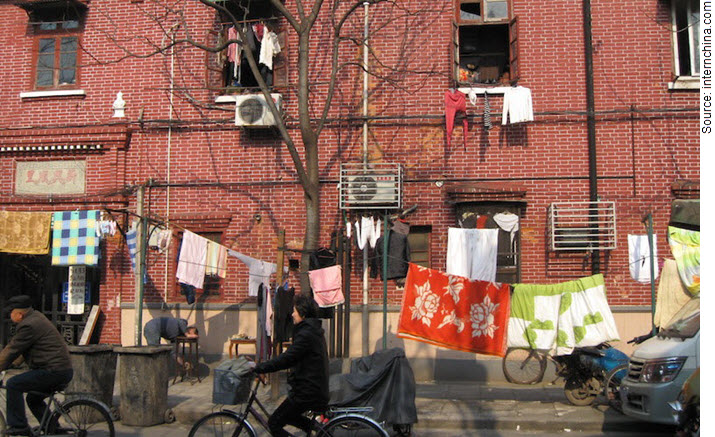 Some Westerners are taken aback by the simple act of hanging clothes up to dry (in the U.S. most houses have dryers in one form or another, though that’s obviously not the case in all Western countries).

Even though I’m not into the stiffness of line-dried clothing, I appreciate the efficiency and cost-effectiveness of it, and understand that dryers are luxuries rather than necessities in China.

Still, though, it’s really common to see clothes hanging on lines in the street – I probably duck under a half dozen pairs of pants per day, to be honest.

That said, it makes a fair amount of sense when you think about it: in Chinese cities, space is at a premium, and who wants to use valuable room hanging up clothes to dry?

If there’s sort of a general public agreement not to steal each other’s clothes, it makes sense to just hang them outside, where they’ll probably dry faster anyway. 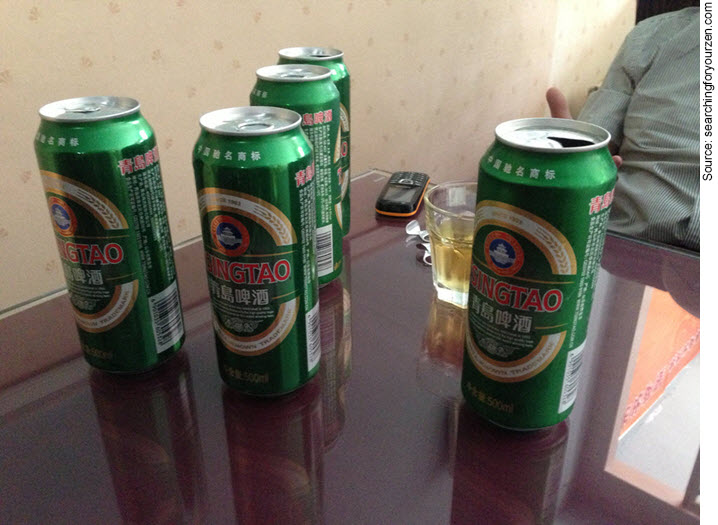 You’ll notice it right away in China: Chinese people prefer their beverages hot.

Obviously their tea and coffee but even water and (shudder) beer usually come hot or warm by default.

Hot water is actually pretty great most of the year, but a tepid can of Diet Coke on a summer’s day is not really my jam.

As my Chinese skills have improved I’ve started asking people about this, but I can’t get a straight answer; "jiù shì zhōng guó fāng shì (就是中国方式)"

After a while you sort of start to accept this Chinese exceptionalism but sometimes I just want a cold beer without having to specifically request one or put it in a glass of ice, cultural relativism be damned.

OK BUT….when you think about it, why are drinks usually cold in the West?

We have hot drinks too (coffee, tea, etc) that are also sometimes cold themselves.

Who’s to say that Coke shouldn’t be hot? Maybe we’d all be used to it by now and would appreciate it. Constantly drinking hot water in the winter is, from personal experience, fantastic.

Anyways my point is, it’s pretty arbitrary that we drink cold stuff anyways - why not the other way around?

Until there’s so scientific studies involved, I’m gonna be non-judgemental about the warm beer even as excoriate it so. 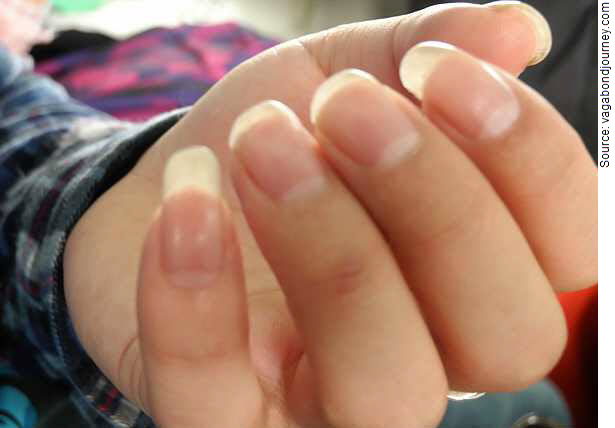 I was actually introduced to this as an undergrad, when I noticed some Chinese students in my dorm with single long fingernails.

At the time I didn’t want to make any cultural judgements so I just sort of let it slide, but armed with over half a decade of China experience I can confidently say: this is kind of gross.

Unlike in the U.S., in China it’s the men that have long fingernails, or should I say fingernail - just one (though sometimes more)!

Anyway, the deal is that, much with the umbrella thing we talked about earlier, long fingernails mean you have the luxury of not working in the fields all day.

I’ve also noticed that a lot of tradesmen have them these days, as they tend to come in handy with opening things and such.

The guy who fixes my phone whenever it breaks every freaking month, for instance, has some Wolverine-level nail action going but it makes his job easier, so I’m for it. 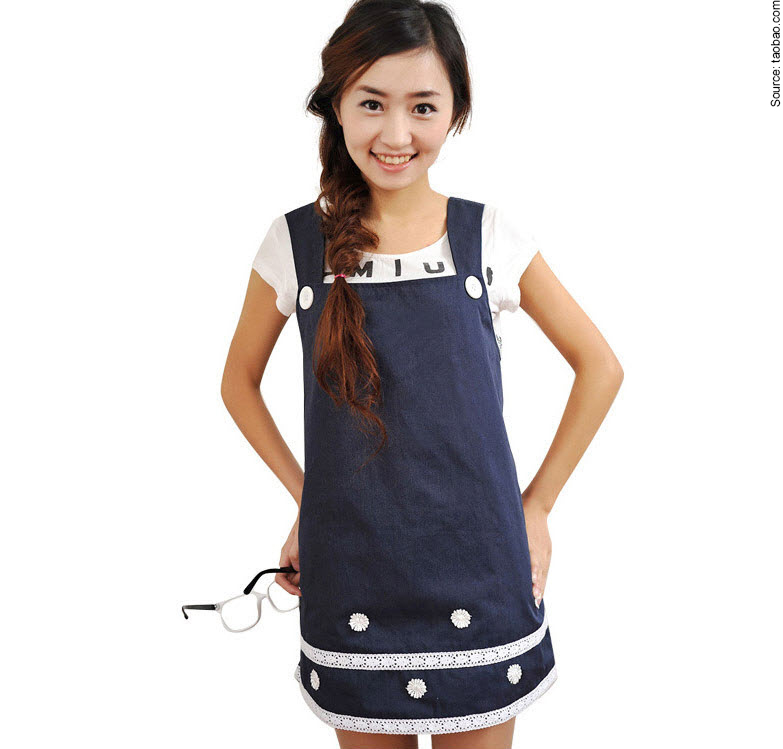 Obviously I can’t attest to the stresses and difficulties of being pregnant, but I can’t help but find some China pregnancy habits particularly bizarre.

There’s the "yuè zi (月子)," the one-month period of bed rest mandated for a mother after giving birth.

But much stranger is the more recent trend of wearing cumbersome radiation vests to protect the unborn child from supposedly harmful computers, TVs and mobile phones and the radiation they emit.

There was a big to-do a few years back when CCTV aired a special revealing that not only were the vests (which sold for upwards of 2,000rmb/US$320) completely useless – they may actually be harmful to the baby.

Western authorities, including, the WHO, have long debunked claims that low-level radiation from consumer electronics pose any threat to unborn fetuses.

Indeed, since the CCTV controversy, it has become much less commonplace to see women in China draped in the same vests you wear at the dentist when they x-ray your jaw.

Still, you do see the heavy, thick vests here and there, and if nothing else, the ladies are probably gonna finish up their "yuè zi (月子)" with some awesome delts and traps.

I hope you liked reading about these crazy/hilarious/quirky Chinese habits. Does the country you live in have any "habits" that might seem weird to foreigners? If so, share them with us in the comments section below!
How to Sound Sincere when Apologizing in Chinese How to Address a Stranger in Chinese