Have you ever listened to Chinese people speaking on the phone? If so, you’ve probably noticed that a lot of them tend to significantly raise the volume of their voice as soon as they pick up the phone.

I don’t know how many times I’ve been startled on public transportation when somebody beside me suddenly picks up his phone and shouts, “WÉI? NĚI WÈI?” (喂？哪位? HELLO? WHO’S CALLING? )

I find loud phone talking simultaneously annoying and amusing. But equally amusing is how Chinese people finish a conversation: 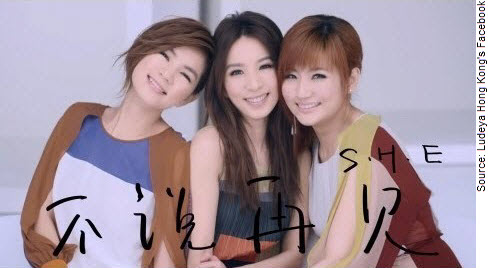 If that person is trying to be polite, you might hear him go on and on before hanging up, kind of like this: “那就这样…好的

before finally hanging up the phone.

It’s as if nobody wants to be the first one to hang up.

Somehow those “ēn” sounds (I call them “grunts”) just before you hang up seem to make all the difference in ensuring you don’t come across as being rude or in a hurry to get off the phone.

The funny thing is, in contrast to the long and drawn-out farewell, if a Chinese person is having an informal phone chat with someone she knows well, then the conversation often does end rather abruptly, sometimes like this:

(And then hang up the phone.)

Although most phone conversations probably end with something in-between those two examples, both the polite, long-and–drawn-out “farewell” as well as the casual, short-and-to-the-point “bye” are really common.

Figuring out how to say the right thing in the right situation to avoid offending anyone or coming across as rude or inappropriate can be tricky, but it’s part of the fun of learning any new language.

Of course, in Chinese, when it comes to saying goodbye, whether you’re on the phone or speaking in person, you can always just say “zài jiàn,” but where’s the fun in that? 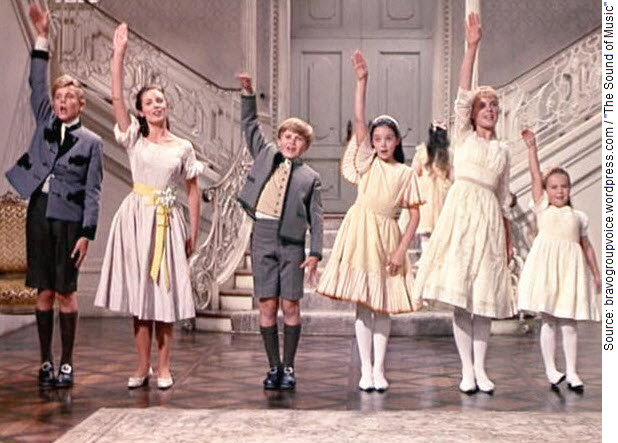 If you’d like to add some more variety to your “farewells,” below is a list for you of things that you can say as you leave a person or group of people.

The list progresses from casual to formal, so you can use the first examples with your friends but not with, say, your friend’s parents when they’ve just had you over to their house for dinner, and vice versa.

The list also goes from the simplest expressions to more complex sentences.

So if you’re just beginning to learn Chinese, stick with the first few examples for now.

But if you’ve been learning for a while, you’ll want to make sure you’ve got a handle on all of them:

Tip: Before you begin, have Yoyo Chinese's free video-based pinyin chart (link) open and ready to make sure your pinyin pronunciation is correct. The chart has audio demonstrations for all Mandarin sounds and video explanations for some of the more difficult sounds.

The word ”xiān” means “first,” so “wǒ xiān zǒu le” actually means “I’m leaving first.” It’s an acknowledgement that you’re leaving ahead of the person or people you’ve been hanging out with.


I have to go now

You can put almost any time phrase before “jiàn.”  It can be short, like “míng tiān jiàn” or “wǎn shàng jiàn” or “bā diǎn zhōng jiàn,” or it can be long like “Míng tiān wǎn shàng bā diǎn zhōng jiàn.” (明天晚上八点钟见 “See you tomorrow at eight o’clock in the evening.”) 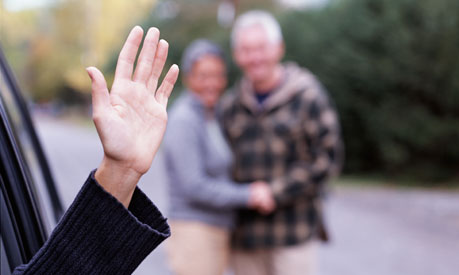 
See you later/ soon /after a while!

These three phrases are colloquial and still on the casual end of the spectrum. “Huǐr” is short for “yì huǐr” (一会儿)

, which means “a little while.”

You COULD leave off the “er” at the end and just say “yì huǐ,” but that just sounds odd, even to my ears, which are used to hearing a more southern style of Mandarin.  Also, every dictionary out there lists this as “yì huìr,” with the fourth tone, but it’s actually pronounced with a third tone here.

By adding the “yí bù” onto the end, it becomes a little more formal.  “Yí bù” means “one step.”

We are entering some fairly formal territory now. “Gào cí le” is not the kind of thing you’d say to your friends, unless you’re trying to be funny.


I’ll show myself out.

In western cultures, it’s always nice and polite to show someone out as they leave, but this is especially important in China. And the further you go, the more care you’re showing for a guest.

Showing them to the door is basic. Walking out to the elevator or down to the main entrance of the apartment building is better. Making sure they safely get onto their ride home (bus, taxi, whatever) is great, and actually taking them all the way to their own door is best.

The word used to describe this is “sòng” (送)

.  So if you want to tell someone that there’s no need to “sòng” you, then you can just say “Bú yòng sòng” (不用送)

, but “liú bù” is also good for a formal or polite situation.

If you want to add on a little something extra to make these phrases even more polite and formal, then you can also use “gè wèi” (各位)

, which is a way to politely address everyone, and “bào qiàn” (抱歉)

, which is a formal way to apologize.

, which is like saying, “Everyone, apologies, I must say goodbye now.”

And how do you respond if someone else says goodbye to you?

As always, “zài jiàn” is just fine, as is “bài bài,” if it’s not a formal setting, but any of the following will do too:

Meaning: This literally means “go slowly,” and is a way to say “take care.”

Meaning: “Come back when you’re free” and “Talk more when you’re free.”  The first one is usually used as you’re leaving someone’s house, and the second one is most often used on the phone or as you’re ending a conversation.

Meaning: “See you then,” so it’s a good response when someone says,“ See you (whenever).”

And lastly, if your mind blanks and you can’t think of anything else, you could always just wave goodbye and make the “telephone” sign with your fingers held up to your face to indicate that you’ll keep in touch by phone. It truly seems to be a universal way to say goodbye these days.  No words necessary.