Check out Episode 6 of the series below, where we learn how to make ice skin mooncakes - 冰皮月饼 (bīng pí yuè bǐng)

This just might be the cutest dessert we’ve made yet! 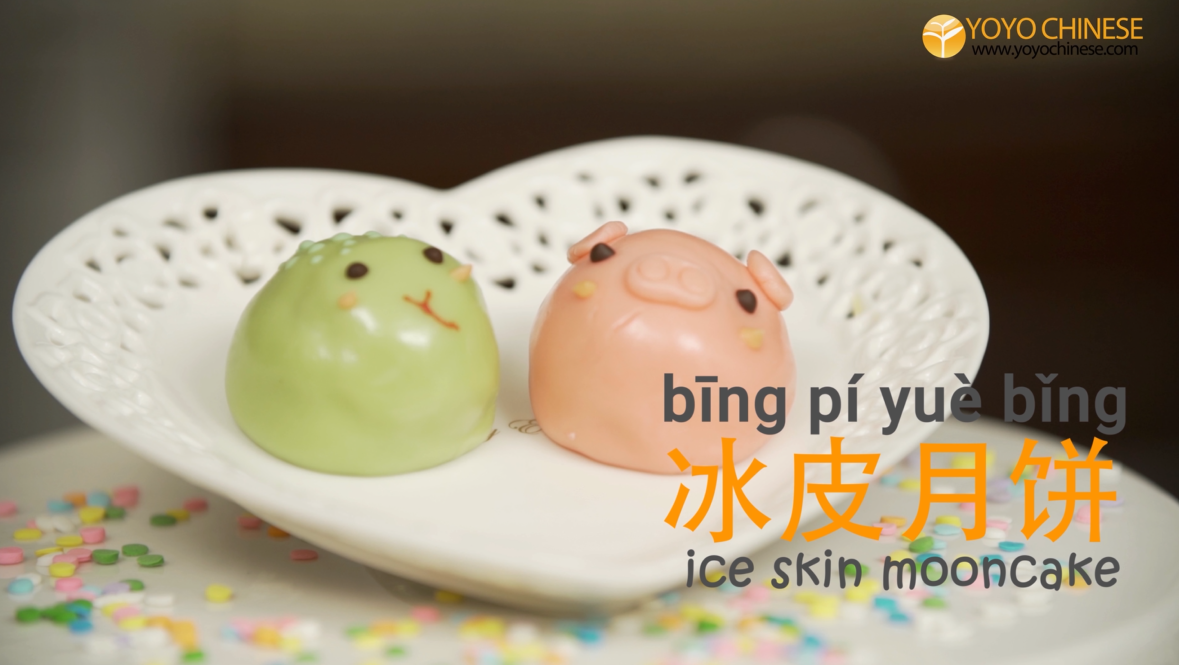 If you’re wondering what your Chinese zodiac is, you can find out in this handy infographic:

The snake, or as some like to call it, the “little dragon” - 小龙 (xiǎo lóng)

, is prevalent in many cultures, such as Greece, India, Egypt, and of course China. It’s even featured in the logo of the World Health Organization. 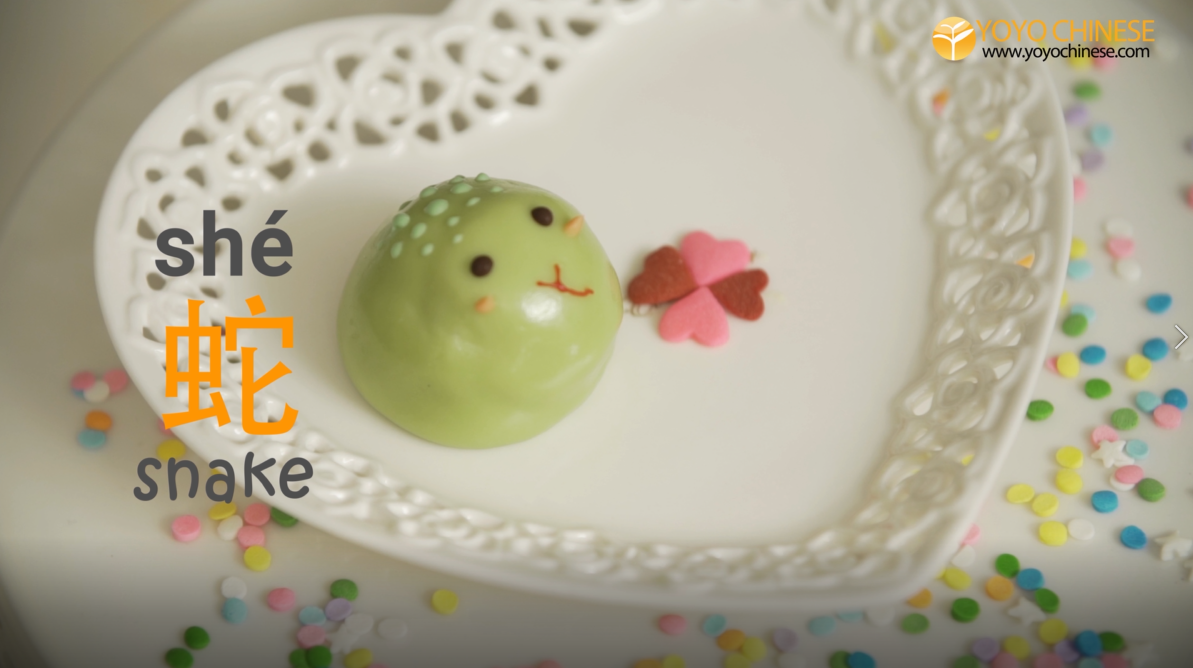 Zodiac Traits: People that are born in the year of the snake are said to be intelligent, wise, persuasive, determined, humorous and rational. Those with the snake as their zodiac are often good with numbers, so they’re usually good at math and financial management. Their weaknesses include being jealous, sly, and suspicious.

Suitable Careers: Those with the snake as their zodiac are best suited for careers as artists, musicians, athletes, teachers, psychologists, politicians, and management positions.

The pig is the very last animal in this video series, and it just so happens to be the last animal within the official order of the 12 Chinese zodiacs!

Chinese people really love the pig, particularly from the popular children’s show, Peppa Pig. While the word “pig”, like in English, can also have a negative meaning in Chinese, it’s actually a really great zodiac to have! People believe the pig is a symbol of wealth, luck and honor. 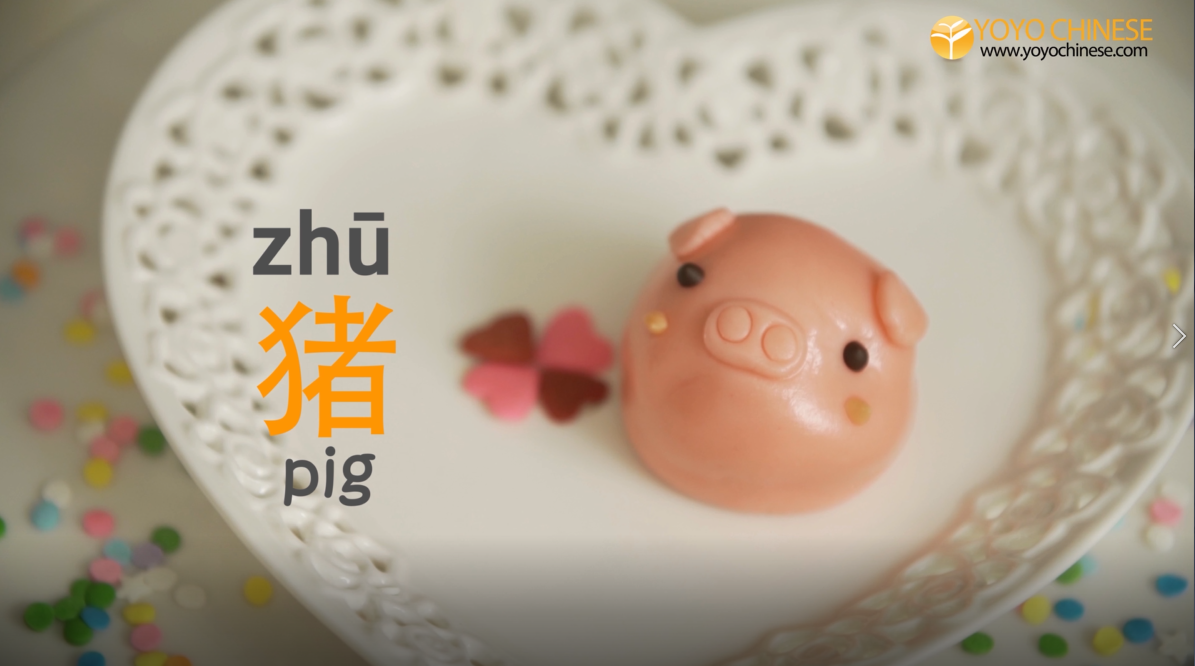 Zodiac Traits: People born in the year of the pig are said to be kind-hearted, optimistic, generous, gentle, direct and loyal, so it’s no surprise that they also have many friends. Their weaknesses include that they are gullible, impulsive, and due to their direct nature, they sometimes have trouble communicating.

Suitable Careers: Those with the pig as their zodiac are best suited to be teachers, coaches, veterinarians, doctors and police officers.

Order of the Chinese Zodiacs 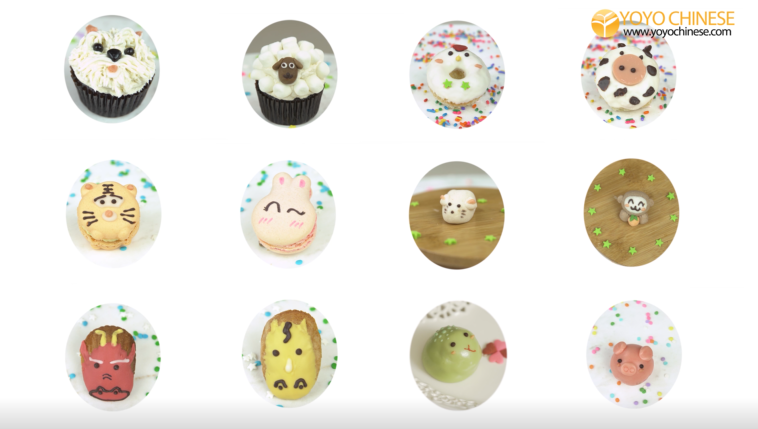 Below is the official order of the 12 Chinese zodiacs:

-  Out of all six of the desserts we introduced to you, which one do you want to try the most?

Want to learn more about mooncakes and the custom of eating mooncakes during the Mid-Autumn Festival? Check out this lesson from our Intermediate course.

Check out this cute lesson from our Upper Intermediate Course where Yangyang talks about all of her pig figurines.

Find out how to turn the word “pig” into the word “pork” in Chinese in this lesson of our Beginner Course.
4 Ways to Use 吧 (ba) in Mandarin Chinese Make Desserts and Learn the Chinese Zodiac (Episode 5): Mouse and Monkey German Cookies