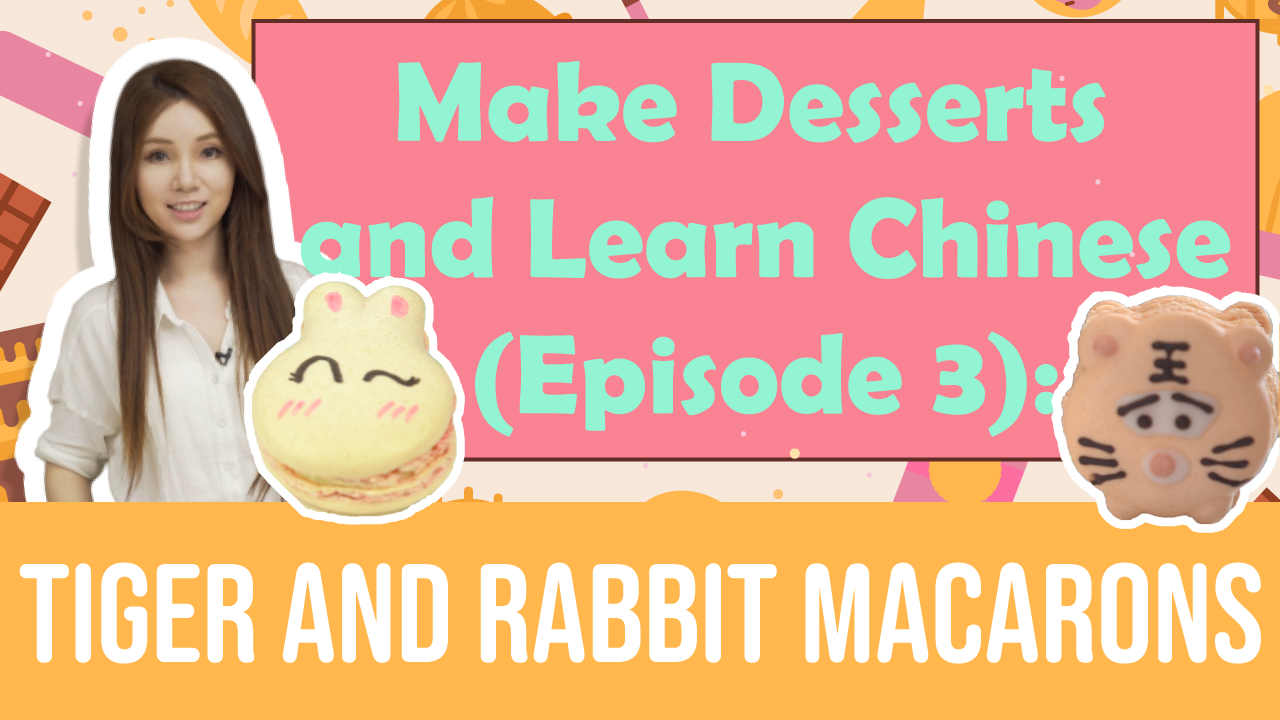 MILLIE | JUNE 30, 2020
This is the third episode of our Yoyo Chinese video series, “Make Desserts and Learn Chinese”! If you missed the first two episodes of the series, you can check it out here:

Check out Episode 3 of the series below, where we learn how to make macarons - 马卡龙 (mǎ kǎ lóng)

These macarons look super tasty, and they’re too cute! 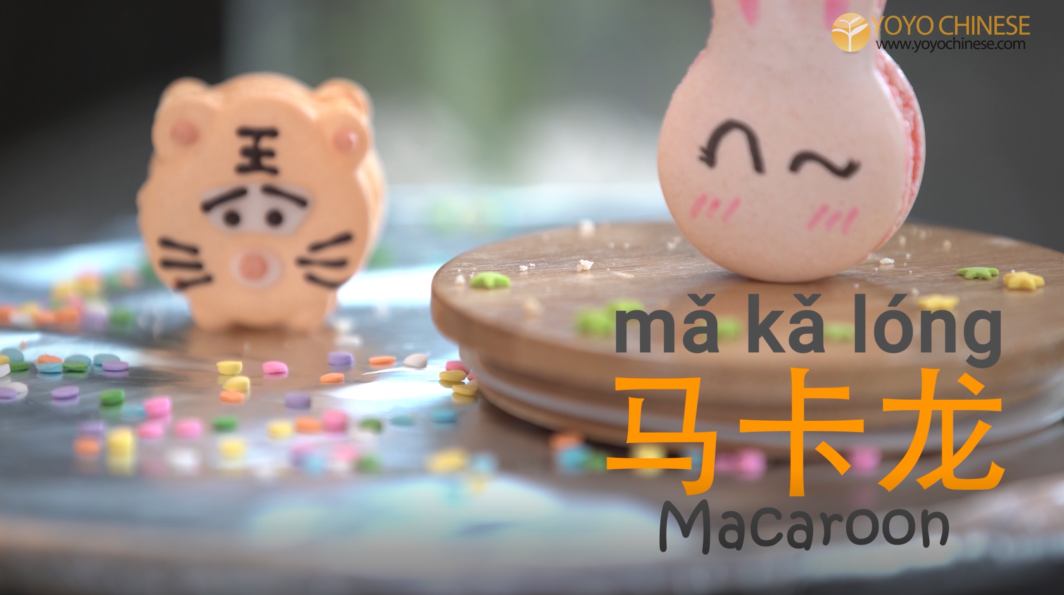 If you’d like to know what your Chinese zodiac is, you can find it in this handy infographic:

Did you know that in China, the tiger is known as the “King of the Jungle”? So you may notice that when a Chinese person draws a tiger, they often write the character 王 (wáng) 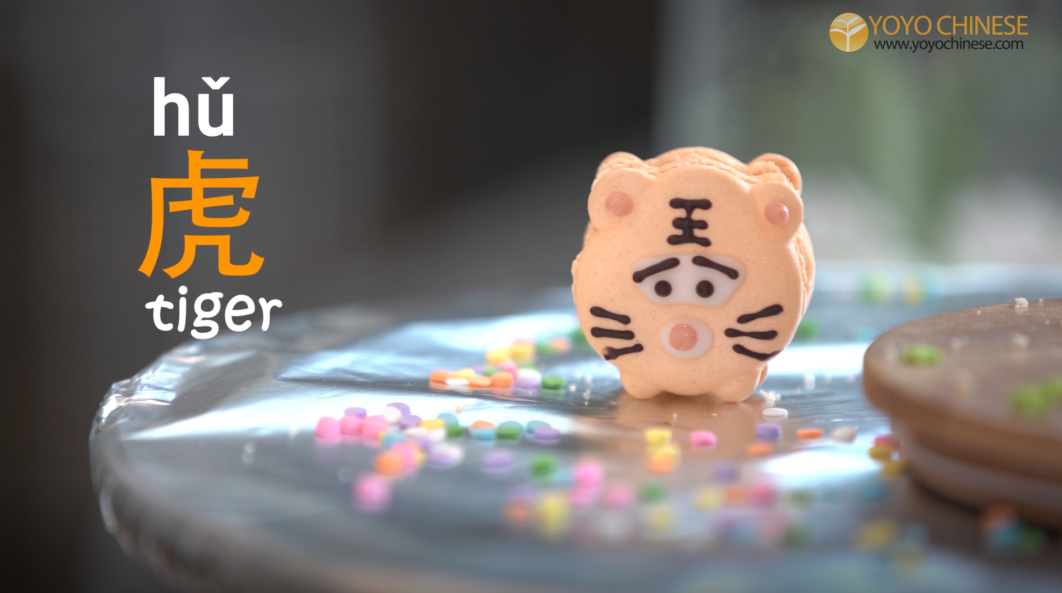 , perhaps the most noteworthy one is the word 马虎 (mǎ hu)

. This means “careless” in Chinese.

came to mean “careless”. Legend has it that there was a painter in the Song Dynasty that painted however he wanted to, and one day he had just finished painting the head of a tiger when someone asked him to paint a horse. He then made the body into a horse, with the original head of a tiger.

When the person asked him what he painted, he said it was a “horse tiger”. The customer didn’t want the painting, so the painter hung it up in his room.

is used to describe someone who is careless in doing things.

Zodiac Traits: People born in the year of the tiger are thought to be generous, courageous, intelligent, candid, confident, trustworthy and goal-oriented. Their weaknesses include being arrogant, hasty, and having a short temper at times.

Suitable Careers: Those with the tiger as their zodiac tend to make great managers, executives, politicians, and positions in leadership or management, although they should be careful to keep their temper in check.

The personalities of the tiger and rabbit are pretty complementary! 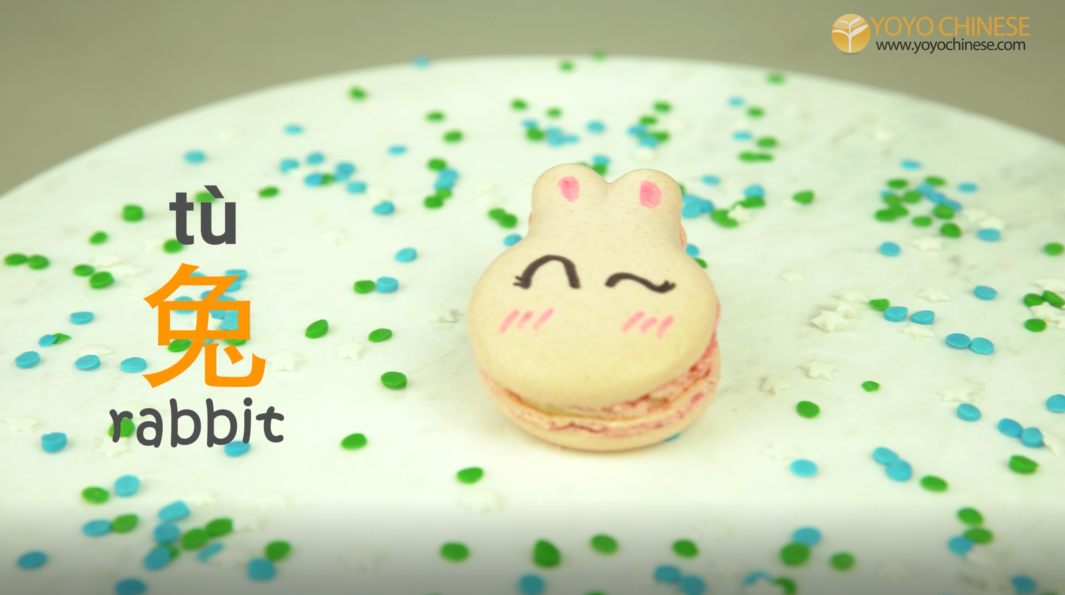 Zodiac Traits: People that have the rabbit as their zodiac are said to be gentle, kind, quiet, empathetic, modest, and are good listeners. Their weaknesses are that they tend to be hesitant, timid, and a bit stubborn at times.

Suitable Careers: People born in the year of the rabbit tend to do well with creative jobs in the arts, music, and literature. They also do well in jobs that require observation and communication, such as PR representatives, teachers, translators and business consultants.

Compatibility: Their best matches are those born in the year of the sheep, monkey, dog, and pig, and their worst matches are the snake and rooster.
Key Vocabulary in Episode 3:


These macarons are delicious - try to make them at home!


Look out for Episode 4 of this series to see how to make Madeleines that look like the horse and the dragon!

- Are you guys able to remember the story about “ma hu”?

and how to use it, check out this lesson from our Beginner Course.

To learn about some cute nicknames for cats, including the character 虎 (hǔ)

, check out this lesson from our Upper Intermediate Course.

If you’re just starting to learn Chinese, Level 1 (40+ lessons) of our Beginner Conversational Course is FREE, so check out the first lesson here.