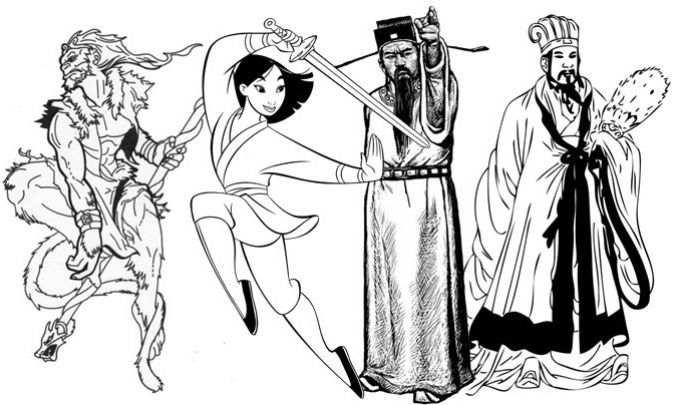 4 Heroes Who Can Help You Understand Chinese Values

Back when I was younger, I'd watch primetime networks on Sunday afternoons re-play the big screen quests of Indiana Jones, James Bond, and Luke Skywalker.

But American TV shows weren’t the only ones I'd watch. My parents gave me tons of VHS and DVD collections featuring China’s TV heroes as well.

Having fallen in love with so many of these characters and stories, here’s my list of China’s four big heroes. 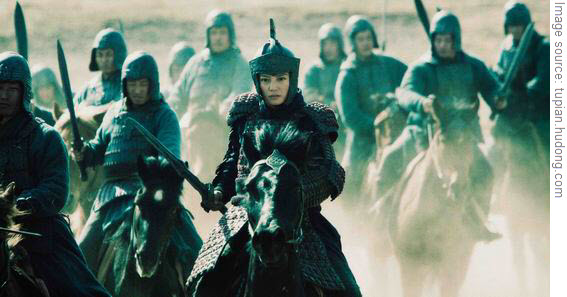 Before Disney ever got to her, mù lán’s story was told in a sixth century ballad.

Almost everyone's familiar with the basics of the story: a daughter takes her elderly father's place in the army, putting her own life at risk and saving his.

But a few differences stand out from the Disney version: In the poem (lost but later anthologized in the 12th century), mù lán fights in the war for twelve years and is never discovered as a woman. She only reveals her gender to visiting comrades after she has returned home.

There were a few TV series, the latest being huā mù lán chuán qí (花木兰传奇)

Hua mu lan's story is one about filial piety, but equally important, it's also one of the first Chinese legends to promote gender equality.

Although the Communist party put forth the message that “women hold up half the sky,” China continues to be a place where women still have to prove their worth. In present day, mù lán's name is still on the frontlines of the feminist fight.

Born from a magic stone and so mischievous the gods had to seek Buddha’s help to contain him, the Monkey King was one of the key characters in Journey to the West, a literary opus from the Ming Dynasty.

After travelling into the oceans to seek a mystical weapon, erasing his name from “The Book of Life and Death” to defy reincarnation, stealing multiple elixirs and fruits of immortality, and then defeating an army of heaven’s 100,000 celestial warriors, the Monkey King was imprisoned underneath a mountain as punishment.

But that’s only the beginning.

In the novel, sūn wǔ kōng is released from beneath the mountain five centuries later and commissioned to protect a Tang dynasty monk in a pilgrimage to retrieve the Buddhist sutras.

The 1986 CCTV series about the Monkey King and his adventures quickly became the staple of many childhoods, and was my very first TV saga.

All in all, this band of misfits shows that heroes can also be playful troublemakers. The Monkey King’s sly trickery celebrates cleverness and resourcefulness.

The Monkey King and his gang have made their way into many franchises, sometimes appearing in other stories and TV adventures as well.

Steven Chow’s movie adaptation, Journey to the West: Conquering the Demons, was China’s biggest film in 2013. 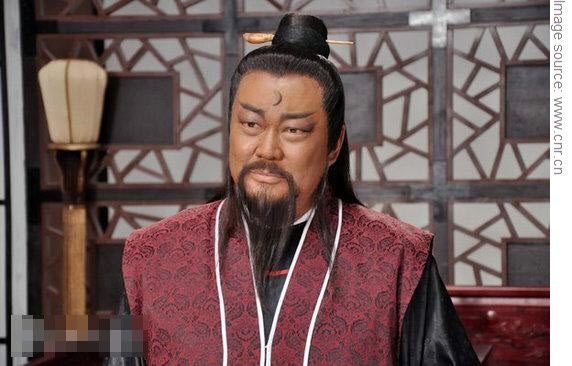 , served as a government officer for 25 years in Kaifeng during the Song Dynasty.

He had a working-class background and became famous for protecting the poor and prosecuting corrupt officials, including royal relatives and his own uncle.

Even today, he remains a cultural symbol of integrity, justice and fairness – China’s ideal public official.

Legend has it that he was born so ugly that his father promptly disowned him. On TV, he is typically portrayed with a darkened face and a crescent-shaped birthmark on his forehead.

He can be found making tough court decisions as well as investigating suspicious cases in a King Solomon/Sherlock Holmes hybrid role.

Justice Bao has inspired several TV dramas, including some that feature his younger years.

He’s also made it into several commercials, his good reputation used to promote everything from toothpaste to public transportation. 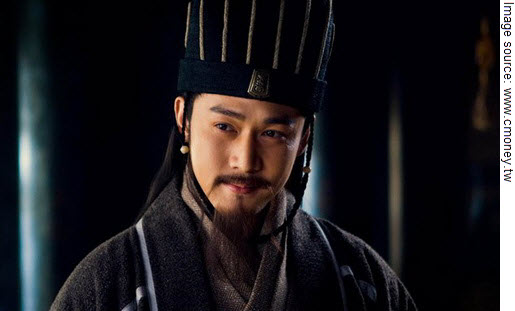 , who founded the state of Shu Han, which at its most powerful point included the provinces of Sichuan, Chongqing, Guizhou, Hunan, and parts of Hubei and Gansu.

However, most people agree that he could not have done this without zhū gé liàng (诸葛亮). zhū gé liàng became a central figure in the classic historical novel, Romance of the Three Kingdoms, first made into a TV show in 1985.

His cunning manipulation of the battleground has led people to compare him to Sun Tzu, author of The Art of War. However, he also gets extra smarty points for allegedly inventing the mán tou (馒头)

, the ubiquitous Chinese steamed bun, the landmine, and the wheelbarrow (or something close enough).

zhū gě liàng (诸葛亮)'s smarts and cunning are traits valued in Chinese culture. When Chinese people talk about someone being very wise, or someone who can live life like a champion chess player by forseeing many steps ahead, they'll refer to them as a "zhū gě liàng (诸葛亮)". If a Chinese person ever calls you that, take it as a huge compliment.

zhū gě liàng (诸葛亮) has been featured in several television shows, movies, and comic books. There are also temples and shrined dedicated the Marquis of Wu, which is the title he gained later in his life.

Have you encountered any of these cultural icons? What TV characters and figures have stuck out to you? Now that I’m off to re-watch some favorite TV, I’m turning it over to you in the comments!