What to Expect When Dating a Chinese Guy

A decade ago, my plans for coming to China included teaching for a year, two...maybe even three, before returning to the US to start my teaching career.

Dating was not part of my plan, so when it happened, I was completely unprepared for it. Looking back, I would have loved to know what I was getting myself into or at least some advice on navigating Chinese dating culture.

Since my experience was limited to just my husband, I got some additional input from two American bloggers living in China: Jocelyn Eikenburg writes Speaking Of China and Jo Kelly-Bai writes Life Behind The Wall. Both talk about their relationships with their Chinese significant others.

Here are some of our insights about dating Chinese guys:

1. They date for marriage 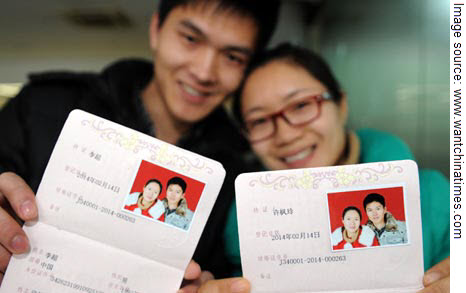 Chinese guys, with pressure from their parents and coming from a different culture of dating, by-and-large date to marry. So much so, that my husband didn't ask to date me, he asked me to be with him for the rest of his life.

I guess that was his marriage proposal!

Compared to most of their Western counterparts, Chinese men start thinking about marriage much earlier in the relationship. So, if you're dating a Chinese guy, make sure to figure out what the both of you want out of the relationship so you can manage expectations.

2. Most don't care about green cards or free English lessons 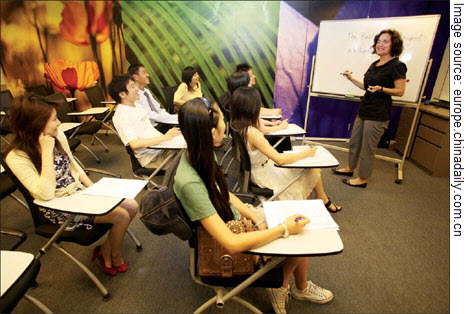 I've heard stories from second-hand sources about Chinese women wanting to date to get better at English or get a green card.

All of the Chinese women that have married Western men that I know of have returned to his home country soon after the wedding.

But that’s not to say all Chinese women are looking for a ticket out of China. They just seem to be more open to the idea of leaving.

Read more about what Chinese women love about Western guys.

In contrast though, Chinese guys who date Western women, tend to stay in China. Part of this comes from their obligation to care for their aging parents and grandparents.

Also it's easier for them to continue their career here, especially if they're older and already established in their career.

As for free English lessons, although my husband and I only communicate in English, I know of several couples who speak Chinese because their boyfriend or husband doesn't speak a word of it.

From my experience at least, contrary to some stereotypes, getting free English lessons doesn’t seem to be a big priority for them when it comes to dating Westerners.

3. They take their parents' word seriously

With filial piety being taught in school from first-grade on, I've found that Chinese adults take their parents' word very seriously.

Jocelyn's now father-in-law told his son that he was welcome to be friends with a Western woman but not to date her.

This must have been a huge letdown for him, but fortunately love won out. My husband's parents are always telling us what to do, not to do, how to do such-and-such properly and how to raise the kids.

I try to listen out of respect, then choose whether or not I'll follow what they say.

4. They're okay with living apart 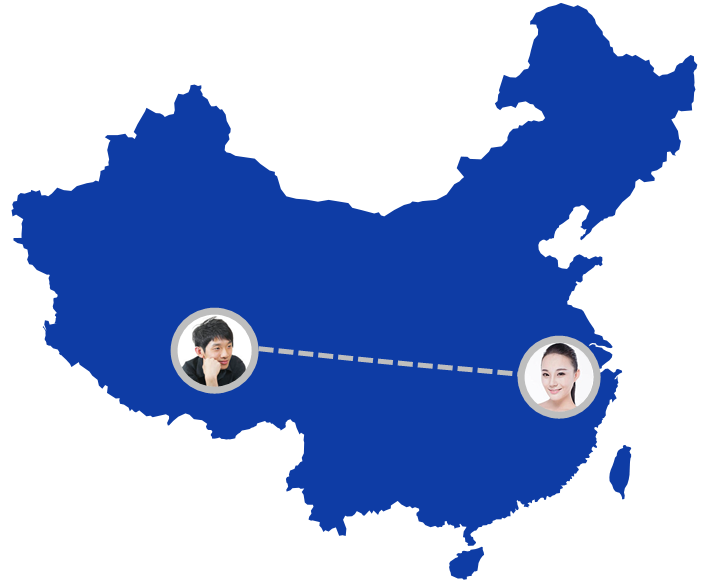 Presumably, you meet your boyfriend while you're both in the same city as most couples do, but a large number of Chinese couples live and work in different cities.

My sister-in-law and her husband spent their whole time dating and the first four years of their marriage living in different cities, countries even, due to work.

At least half of the kids I tutor only see their dad once a year because of this. "That's just how it is," is the response that most people give. The opportunity to earn more money is often more lucrative than staying at home.

I didn't realize just how common this is when we were dating and I got lucky and found a guy that likes to stay close to home. The two times he's been given the option to go to Inner Mongolia, and triple his income, he's turned it down.

5. They can be shy and insecure 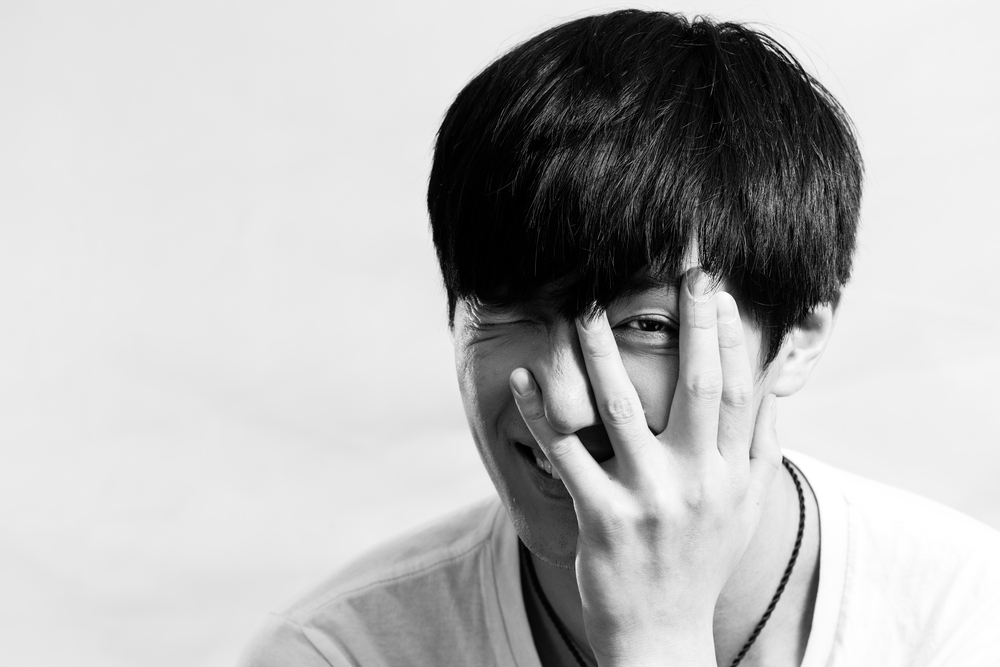 When it comes to dating Western women, we've noticed that Chinese guys tend to be shy and insecure.

In a post on her blog, Speaking Of China, Jocelyn recalls the story of a Chinese taxi driver telling her that he couldn't satisfy the needs of foreign women in a previous relationship.

Another insecurity is money. Chinese people tend to think Americans are rich and can't provide for us on their smaller salary.

Compared to the way my husband grew up in post-Cultural Revolution China, the modest home I grew up in is a mansion.

He always paid on dates, but when he had the opportunity to get his research published in some professional journals and couldn't afford the fee, he was very hesitant to accept the money from me.

Jocelyn said that the guys that she's dated haven't come out directly to express their intent. They're slow and spend a lot of time texting and talking to show their interest in you.

Physical intimacy comes pretty slowly if the guys are serious about dating. My husband and I didn't even hold hands until our fifth or sixth date, and our first kiss was several dates after that.

Although Hollywood's portrayal of us American women is taken by Chinese to mean that we're all "open minded" (meaning you have a list of past relationships that numbers in the double digits or are open to one-night stands) the guys worth pursing a relationship with will respect your boundaries if you're clear and upfront with them.

7. They carry your purse 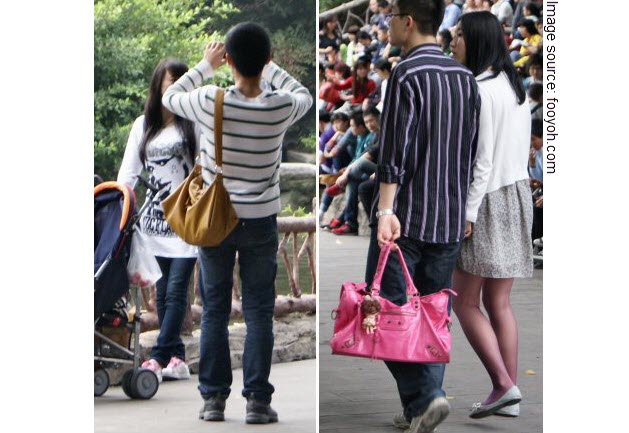 One of the first things I noticed about the younger guys in China are that they almost always carry their girlfriend's purse.

It's kind of strange to get used to seeing so many guys with designer handbags on their arms, but they appear to do it willingly.

When I asked my husband about it, he said he's never noticed. From my observations, this occurs among the 20-somethings and ceases--as does hand-holding--after the couple has a baby.

I've never asked my husband to carry my purse but do appreciate that he still holds my hand, even after two kids.

That's about it for insights on dating Chinese guys! This article isn't going to prepare you one hundred percent for the Chinese dating scene, but these are some things I'd been aware of when I first started dating my husband.

For more information on Chinese dating, read How Dating is Done in China.

Were there any unexpected things in this article you weren't aware of? Have you had any experience dating a Chinese person? Share with us your experiences in the comments!