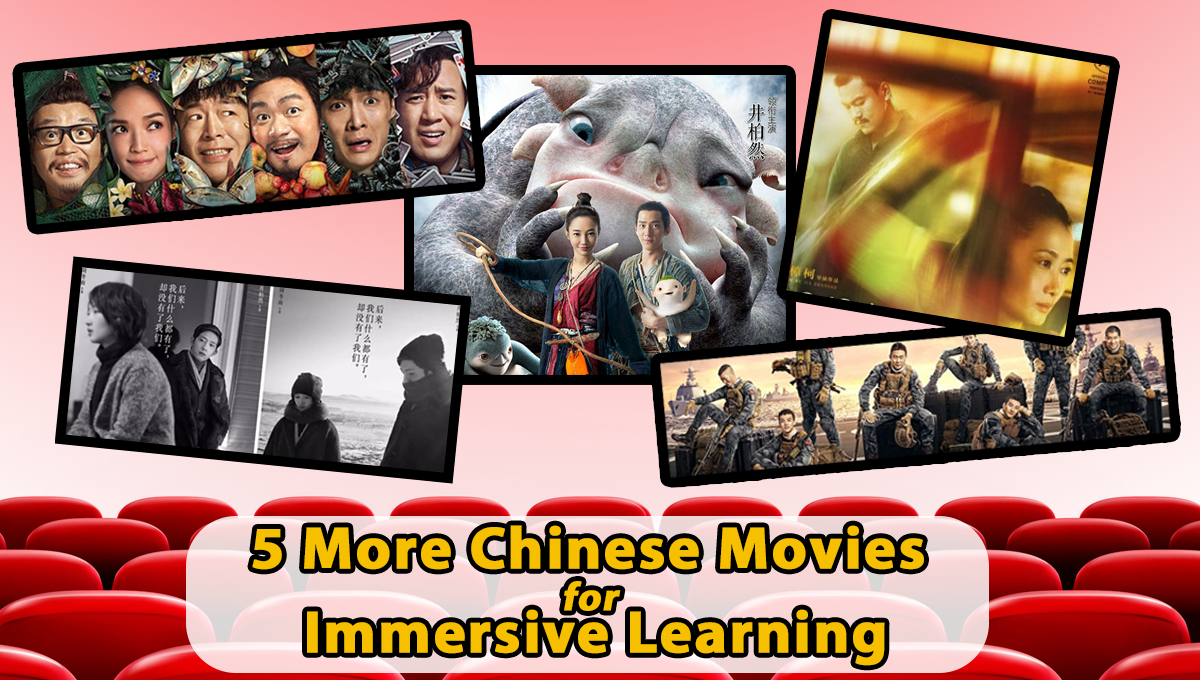 JINNA WANG | APRIL 26, 2019
Looking for more ways to create an immersive learning environment as you improve your Chinese? Look no further than these five diverse and entertaining movies to help you expand your vocabulary and practice your listening skills.

- Chinese films. Blockbuster movies range from the action-packed military flick 'Operation Red Sea' to the heart-wrenching romantic drama 'Us and Them'. It will be easy to get wrapped up in the rich storylines, bond with the relatable characters, and learn about different elements of Chinese culture as you make your way through these movies.

Here are five Chinese movies from 2018 that we highly recommend. As you watch, don’t forget to make this into a learning experience by jotting down any words or phrases that you are unfamiliar with. Enjoy!

Chinese films and TV use fast, real world Chinese full of slang, regional accents, and all kinds of unique vocabulary.  Here are some tips for getting the most out of studying with the Chinese movies:

• Don't worry about understanding every line

• Cover the subtitles and pick out individual words

• Watch more than once

Even if you have to rely on subtitles, you're getting a glimpse into Chinese culture, and exposing your brain to the sound of native speakers talking in Mandarin.

Fire, guns, flying bullets, pirates, and lots of explosions. If you are a fan of Michael Bay movies, you’ll certainly like "红海行动 (hóng hǎi xíng dòng)

- Operation Red Sea", which is based on the real life evacuation of Chinese nationals from Yemen during the 2015 Yemeni Civil War.

- Chinese Navy assault team is called to action when a terrorist organization takes Chinese personnel and workers hostage. Given little support from the local government, the 8-person team must safely evacuate the civilians while holding their own against 150 terrorist militants.

Aside from plenty of heart stopping action, there are a few surprisingly tender moments showcasing the camaraderie between fellow soldiers. 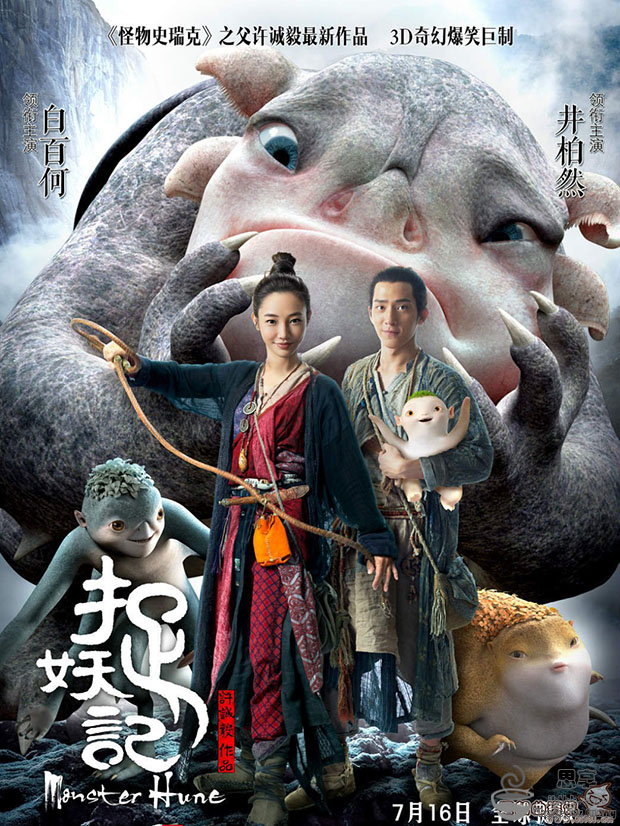 The original 'Monster Hunt' was the highest grossing Chinese film of 2015, and its highly anticipated sequel does not disappoint. In this family-friendly action comedy, the adorable and pudgy 妖怪 (yāo guài)

- monster - Wuba needs to travel through the monster realm in order to be reunited with his family. Wuba meets new friends along the way, whose help he needs to escape from a number of people who are looking for him.

The character of Wuba has become wildly popular in China, spawning lines of plush toys and decorations.


•  You have kids, or are a big kid at heart
•  You are looking for something light-hearted with a cheerful ending

Watch 'Monster Hunt 2' on Amazon Prime or here on Youtube: 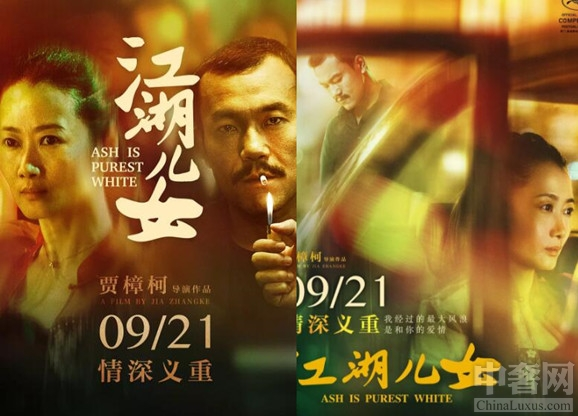 Famous Chinese writer-director Jia Zhangke returns with a Palme d’Or nominated film on his favorite subject - the people scratching out an existence on the edges of society. In "江湖儿女 (jiāng hú ér nǚ)

- Ash is the Purest White", low-level gangster Bin and his girlfriend Qiao are ambushed by rivals. Qiao is arrested and sentenced for five years when the police finds the pair with an illegal handgun.

After Qiao is released, she tracks down Bin, whose life since his exit from mobster life has been less than glamorous. Bin dodges Qiao, but eventually comes to visit her back in their hometown.

A blend of comedy, tragedy, and drama, this film is considered one of Jia Zhangke’s best works.


•  You like a good black comedy/melodrama. Movies like 'Lost in Translation' and 'American Beauty' are among your favorites.
•  You are interested by how China’s industrialization has affected those on the edge of society

Catch a trailer for 'Ash is the Purest White' here: 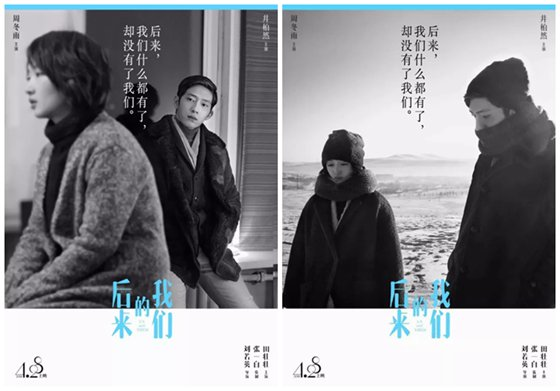 Warning, if you are looking for a happily-ever-after, this movie may not be for you. Told in a flashback, Xiao Xiao, a migrant worker, meets Jianqing, a university student on the 春运 (chūn yùn)

- Chinese New Year train to their hometown from Beijing. Jianqing wants to be a videogame developer, while Xiaoxiao wants to marry a Beijing local and obtain local residency.

The two eventually start to date, but their relationship takes a strain under harsh financial realities. Jianqing becomes increasingly angry with life, and Xiaoxiao leaves him, inspiring him to finally finish developing his first game to great success.

In present day, the two meet by chance on a plane, and reminisce about their love lost. Jianqing is now married to someone else and has a family, while Xiao Xiao is still single. The two reconcile as friends, and acknowledge that the love they had for each other was real.

Find 'Us and Them' on Netflix. 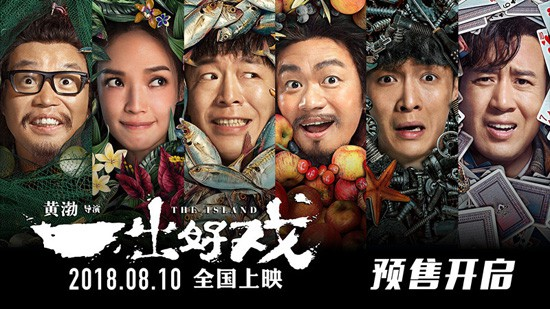 A slapstick comedy with plenty of office lingo, 'The Island' starts with an innocent company retreat that takes a dark turn when the employees are trapped on an island.

- won the lottery for 60 million RMB! But before he has a chance to celebrate, he gets trapped on an island as a part of his company retreat. Now, he has to navigate office politics, fight for survival, and try to win over the heart of his office crush, Shan Shan.


•  You enjoyed 'Lord of the Flies', and always wanted to see a less British and more Chinese version
•  You are looking for a light-hearted comedy to watch with friends

Watch a trailer for 'The Island' here:

Hopefully you’ll get a chance to watch one or more of these movies. Not only are they an excellent window into Chinese culture, they will also serve as great conversation fodder if you ever meet more Chinese movie buffs. Have fun and stream away!