Blog / Top 5 Happiest Cities in China
Where do you think is the happiest city in China?

No, it’s not Beijing, nor is it Shanghai! Is that surprising?

Every year, Oriental Outlook Magazine publishes a survey of the happiest cities in China. The latest list was released in late February 2018. This year, the list features solely second and third tier cities that are a bit more off the beaten path.

I know you are curious about where these urban utopias might be. Let’s go on a quick tour of the top five happiest cities in China! 5) Xi'an

is located almost smack-dab in the middle of China, in Shaanxi (陕西 - shǎn xī)

province in the north central region.

Xi’an served as the capital of China during some early dynasties, and was the starting point for the Silk Road. This city may well be the most well-known on this list, as is it a popular tourist destination for the famed terracotta warriors.

The terracotta warriors are THE major attraction in Xi’an, but other hits include the Giant Wild Goose Pagoda (there is also a Little Wild Goose Pagoda), the city walls, and the Great Mosque.

The people of Xi’an enjoy a temperate climate year-round (easy to disregard until you’ve lived through the -20 degree winters in Harbin!), which they take advantage of by cycling around the city and even around the ancient city walls dating back to the 14th century. This city feels more spacious, with less people than the coastal cities, and it’s a breeze to get around by the modern metro system.

yáng ròu jiā mó duō shǎo qián
How much is the lamb burger? 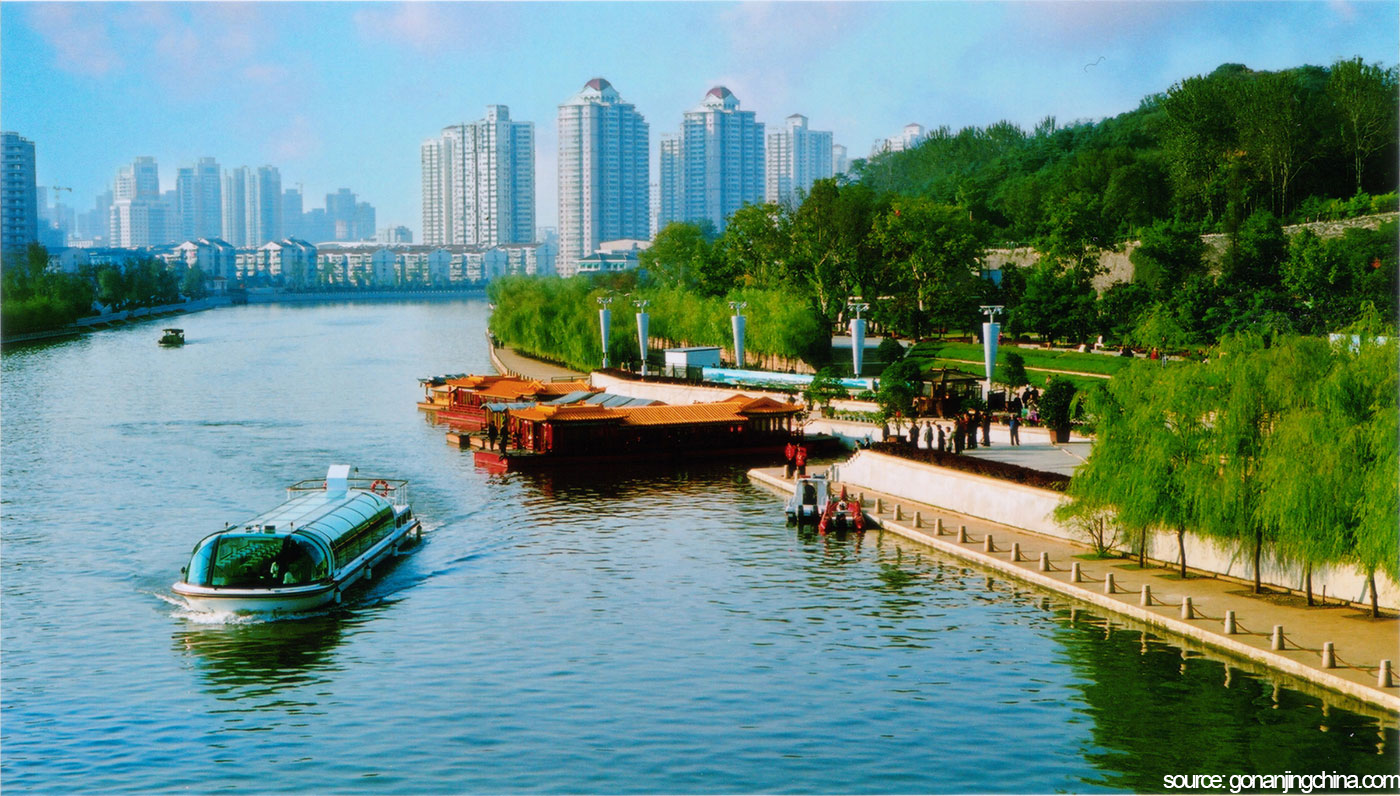 - salt-brined duck, a delicate and savory dish seasoned with fragrant Osmanthus flowers. Fun fact about Nanjing: to most Chinese people, Nanjing is known as China’s “duck capital,” with more ducks sold each year than chicken!

Nanjing is a laid-back city that enjoys a slower pace of life, yet has a thrumming and vibrate night life. Locals can savor a pint of the famous local craft-beer Master Gao over a plate of salt-brined duck, rave to live-music at a number of western-style nightclubs,  then drive an hour outside of the city to Tangshan to soak the stress away in some of the world’s best hot springs. The simple pleasures of life are all at your fingertips in Nanjing.

If you are taking a road trip to the famous Tangshan hot springs, you might need to ask for directions, here’s how to do so:

” structure is a good example of how Chinese people actually speak, and you can substitute in the name of any place before “怎么走 (zěn me zǒu)

” to ask for directions there. 3) Ningbo 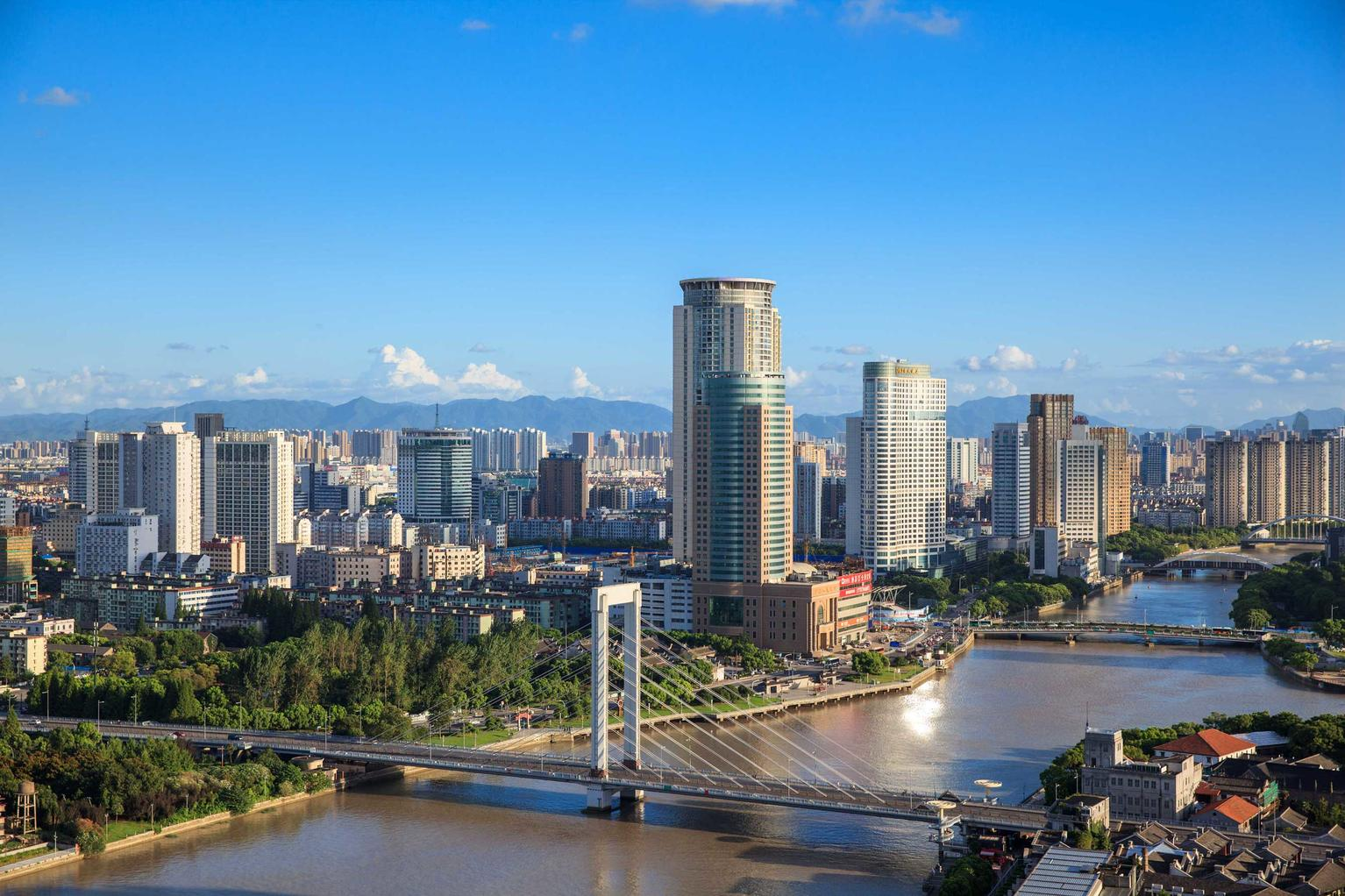 is a small coastal city of 3.5 million about 2.5 hours south of Shanghai in Zhejiang (浙江 - zhè jiāng)

province. It’s proximity to the East China Sea means that the city was designed with a series of canals running throughout, much like the beautiful European cities of Amsterdam and Bruges.

Ningbo is one of China’s oldest cities, with a history dating back to the Neolithic era around 4800 BC! Today, Ningbo serves as one of the major industrial ports of China facilitating international trade.

High levels of foreign investment in the past few decades has led to plentiful job opportunities across industrial, IT, and creative sectors. But don’t that that the people of Ningbo are all work and no fun. No matter what your interests are, Ningbo’s got it. Art galleries, live theater, classical concerts, high-end restaurants, and a lively bar scene. Locals and expats alike hangout at the city’s “Laowaitan,” an area with Irish Pubs, American-style cocktail bars, and a number of dance clubs.

When the weather is nice, people take advantage by taking out canoes in Dongqian Lake, flying kites in Yinzhou Park,  or finding peace in the Tianyi library gardens.

If you plan on having a cocktail at one of Ningbo’s swanky bars, you’ll need to know how to ask for the drinks menu.

If you want the food menu instead, simply substitute 酒单 (jiǔ dān) 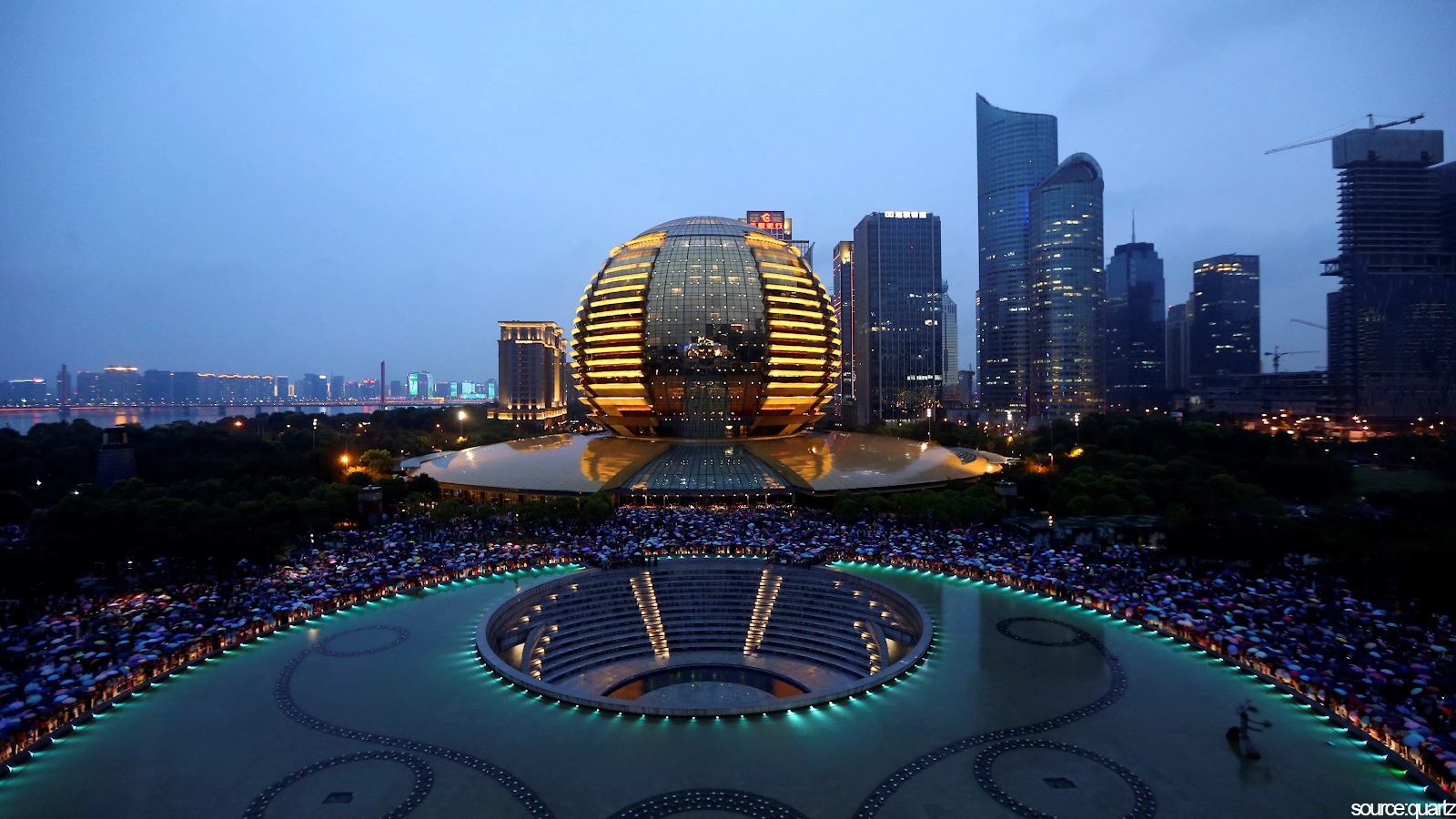 ” - there is heaven above, but below we have Suzhou and Hangzhou. Hangzhou’s main attraction, West Lake, has been deemed a UNESCO world heritage site since 2011.

Well, it’s hard to be unhappy when you are surrounded by the best scenery below heaven. More practically, Hangzhou is the headquarters of the Chinese E-commerce giant, Alibaba. People commute to work on the city’s bike sharing program, which was China’s first and has become one of the world’s best.

If Hangzhou citizens ever need to get away from city life, they can find zen at Jing Mountain just an hour’s car ride away, where they can sip the locally produced and world-renowned Longjing tea.

Curious locals will always want to know the visitor’s opinion on their city and their local specialties. A good (and funny) catch-all compliment is:

is a stronger compliment than 很好 (hěn hǎo)

, and it’s typically used by the younger generation. You can substitute in other nouns in place of 龙井茶 (lóng jǐng chá) 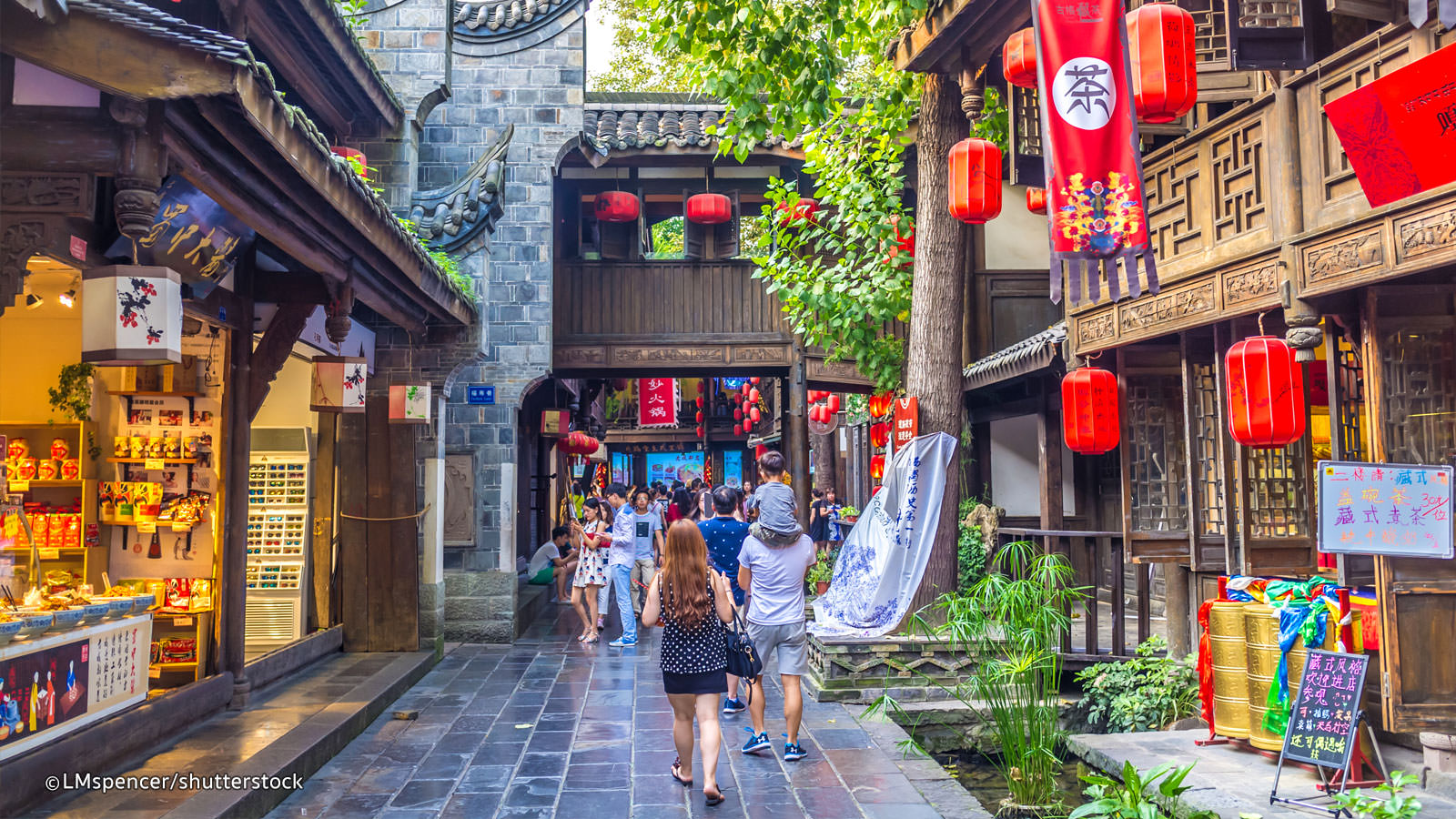 is the capital of Sichuan (四川 - sì chuān)

province, a landlocked region in south central China known for its fiery cuisine. The best to way get to Chengdu is by plane into Chengdu Shuangliu airport.

Being the capital of Sichuan, Chengdu offers delicious food smothered in red chillies and tongue-numbing peppercorns. Novice spice eaters need to beware! Additionally, Chengdu is the home to Chengdu Panda Base, a center where visitors can observe the giant panda and other rare animals.

Did you know that spicy food is scientifically proven to make you happy? Turns out, spicy food actually triggers the release of endorphins, the “happy chemical” in the human body. No wonder the people of Chengdu are the happiest in all of China.

If the spicy food doesn’t make you happy, then the giant pandas surely will. How does anyone stay sad when looking at one of these adorably goofy animals? 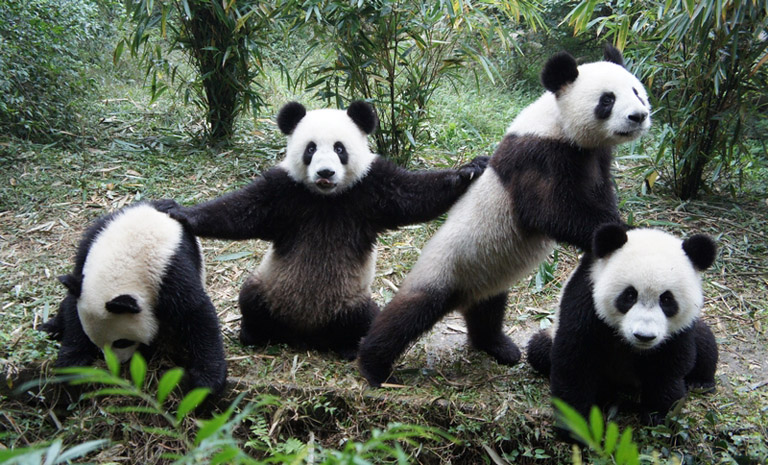 You’ll surely want to express how adorable the pandas are once you see them, here’s how to do that:

There you have it, our quick guide to the five happiest cities in China. Which city is the most appealing to you? Will you be visiting these cities anytime soon?
How to Type the Mandarin Chinese Character for Female: 女 (nǚ) Join Our June Study Streak Challenge 2018