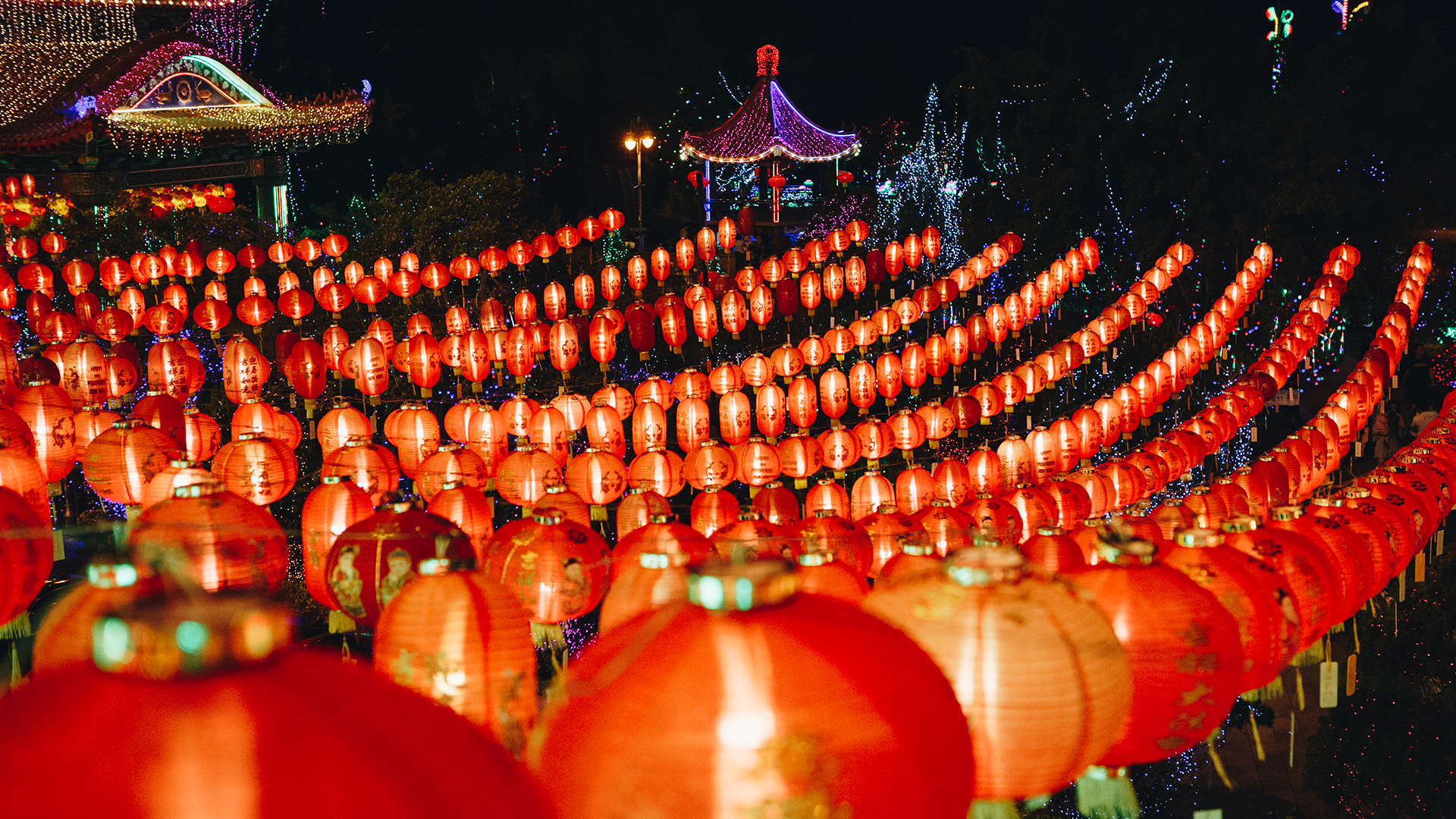 and the people of ancient China used to refer to night as 宵 (xiāo).

So this where the fifteenth day of the first lunar month gets it's name: 元宵节 (yuán xiāo jié).

This night has the first full moon of the year, which is full of symbolic significance in Chinese culture; though it's quite a different feeling from the mystery, terror and werewolves that the people of the West think of upon seeing a full moon! In Chinese culture, the full moon is always related with reunion and perfection; and has generated many enriching activities.

What are Lantern Riddles?

can never be without its most important element: lanterns! On this day, 赏花灯 (shǎng huā dēng)

first appeared back in the Song Dynasty.

First, people write riddles onto paper strips. Then they paste those strips onto lanterns of all sorts of dazzling colors to let people try to solve them. Not only does this making watching the lanterns even more fun, but it also enlightens greater wisdom in a very interesting way! So this tradition has been very popular among the Chinese people as it has been passed down through the generations all the way to today.


Now we'll explain how to solve these lantern riddles yourself and teach you some relevant Chinese vocabulary.

Before we tell you how to 猜灯谜 (cāi dēng mí)

is the description of the riddle, and it is not quite the same as its counterpart in English riddles. It mainly provides some information which includes some hints relating to the answer. One usually must engage in some interpretation of the 谜面 (mí miàn).

which provides a set scope or range for the riddle, letting the solver know what the general direction of the answer might be related to. Here are a few examples:
*Notice that the 谜目 (mí mù)

is usually phrased with 打 (dǎ)

the solution or answer to the riddle. Due to the presence of Chinese characters, Chinese riddles are much more difficult than English riddles, especially 字谜 (zì mí)

- Chinese character riddles. This is because they encompass a lot more cultural and linguistic information, so they're particularly difficult for those that are learning Chinese. But at the same time, they are also even more meaningful to Chinese learners for the same reason; so we'll be focusing on 字谜 (zì mí)

As long as you understand a few strategies, have the corresponding basic knowledge of characters, and give it a bit of practice; we believe that you'll be able to easily solve some of the more commonly seen 字谜 (zì mí)!

told us that we need to guess one character, we should take full advantage of the three pieces of information provided in the 谜面 (mí miàn).

First, we can take a look at the noun phrase 牛尾巴 (niú wěi ba)

- ox tail. We can interpret this to mean the 尾巴 (wěi ba)

- tail -of the character 牛; and therefore look at the bottom portion of 牛, which does in fact look just like a tail!

is a verb, and when you find a verb within a 谜面 (mí miàn),

to solve the riddle. So we can conclude that we should 'bite off' the 'tail' of 牛, meaning to remove it from the character.

actually it too is here to provide more clues as to what the solution of the riddle may be and we can apply this to the character 牛 as well and assume there may be a 口, perhaps where the tail was bitten off! Of course, when we put all of this information together we may be able to guess the 谜底 (mí dǐ)

The correct answer is none other than the character 告 (gào).

Let's put these two characters side by side for a comparison:

that only consists of a single noun phrase. Given that though, it seems we don't have any other extra information at our disposal to deduce further clues like we did with the previous riddle. With a riddle like this we can simply consider thinking about the topicfrom another perspective, and in this case that would mean thinking along the lines of how else you could express 老朋友 (lǎo péng yǒu)

This part might be asking a bit much of Chinese learners, but in Chinese you can also call a 老朋友 (lǎo péng you)

carries the meaning of 'the past' or 'old.' With this we're on our way to finding yet another clue! The characters 故 (gù)

which the answer to this riddle!


Above we've only provided two simple examples, but riddles can come in tons of different varieties and difficulty levels. That said, being able to solve any riddle comes down to the solver's smarts and ability to analyze the riddle and make connections.We hope that through the above two examples you've learned quite a lot about how to 猜字谜 (cāi zì mí)!

Below we'll give you a few more to chew on. Can you them figure them out? Take a look and see!

*Solutions at bottom of page

is not only a fantastic learning method, it also provides a chance for deeper interaction with native Chinese speaking friends and to better understand Chinese culture! In our Chinese Character Course, we take a "building block" approach to teach 300 common Chinese characters, constantly helping learners understand their structure. This is actually an excellent training for new learners as it can improve their ability to dissemble new characters, which is critical to being able to 猜字谜 (cāi zì mí)!

are solved by dissembling the individual characters and adding upon or removing some of those parts to create a new character, which is consistent with how we help train our learners in our Character Courses. We hope everyone that completes our Character Coursesis able to easily solve 字谜 (zì mí)!

3: 出 -Click here to watch our video lesson on 出!


In our previous blogpost, The 15 Days of the Chinese New Year, we challenged you to solve the following lantern riddle:


Guess a Chinese character based on the number “99.”