One of the more interesting features of the Chinese language is its use of characters, which represent concepts & ideas rather than using an alphabet to represent pronunciation. (In our Chinese Character Course we explain how Chinese characters are formed in detail, if you want to learn more.) Because of this, homophones are very common in Chinese; and as a side effect, Chinese speakers are able to make lots of clever puns.

There are two words that are extremely popular in China right now: 阳康 (yáng kāng)

These words are not actually words in their true sense, but are rather puns based on characters from the works of the late famous Chinese martial arts novelist, 金庸 (Jīn Yōng).

Two of his works are especially well-known in China:

is a character in the former novel, and 杨过 (yáng guò)

is a character in the latter.

Fascinatingly, the recent popularity of the characters 杨康 (yáng kāng)

can be attributed to China's current COVID-19 epidemic. Only a few months ago, most Chinese people believed that a positive case of COVID-19 would involve significant damage to the body and that people who come into contact with positive patients would be severely affected. But China has recently made a significant shift in their epidemic prevention policy, reducing the isolation requirements. Because of this change, the general public’s belief in the danger of COVID-19 has decreased. Now young people will not only post their positive test results on their WeChat friends circles (AKA "WeChat Moment"), but will also ask each other if they have 中招 (zhòng zhāo)

- which is the colloquial term used for “tested positive.”

in this context means “move” and is frequently in Chinese martial arts works, referring to a series of actions in martial arts as 一招 (yì zhāo);

can mean "to suffer, to hit, to be hit." So Chinese people people use 中招 (zhòng zhāo)

to say someone has tested positive, as if they’ve suffered a blow from someone using martial arts. 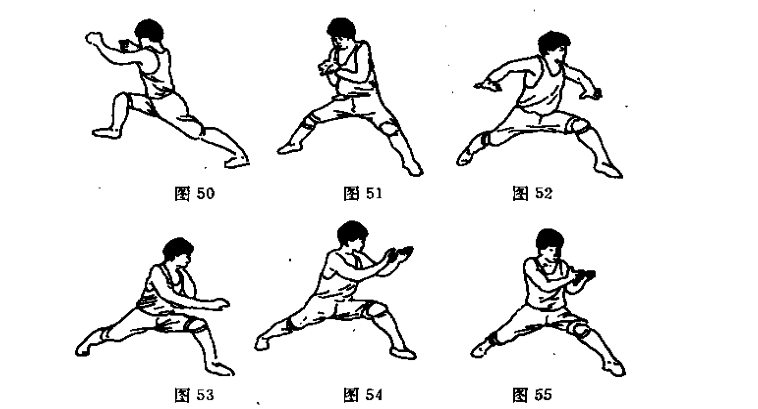 Following the martial arts theme, people have begun to use refer to people that recover after a positive COVID diagnosis as 阳康 (yáng kāng).

is known by almost all Chinese people because in 1983 Mr. Jin Yong’s novel 射雕英雄传 (shè diāo yīng xióng zhuàn, The Legend of the Condor Heroes)

was the main antagonist and became a household name in China.

was also adapted into a TV series and broadcast in 2006; bringing the same fame to the character

Following the same logic of the pun 阳康 (yáng kāng),

people have begun to use 阳过 (yáng guò)

to refer to someone that has previously tested positive for COVID. *Remember that 过 (guò)

can be used after a verb to indicate something has happened before - e.g. 听过 (tīng guò, heard of before),

In fact, in addition to the above two characters, there’s a third character from Mr. Jin Yong's martial arts works that is also now used in a pun relating to COVID-19. His name is 王重阳 (wáng chóng yáng),

and the name is used to refer to someone that has been diagnosed with COVID-19 twice. The character’s surname, 王 (wáng)

meaning “repeat, again.” So this pun is like referring to someone as the “twice-positive king” and is meant to be humorous and self-mocking.

Now you should have a good understanding of what these phrases refer to! Let's quickly review:

- are also homophones. Each sheep's name is based on its different personality (similar to the characters in the animated series The Smurfs). Below, we will match these names with the corresponding symptoms and provide a brief explanation:

The nature of the Chinese language and its use of characters allows for the creation of many interesting puns and phrases, and the COVID-19 pandemic has been no exception. The fact that the Chinese people are using puns and references to popular shows to describe COVID-19 in this way shows that their attitude towards the pandemic is changing, becoming less serious and more relaxed. This is just one recent example of how intimately related the Chinese language is to the culture of its speakers, and shows how much can be learned about public opinions and cultural shifts just by watching linguistic trends.

A Taste of Home: My Encounter with Chinese Food in America 2022 - Year of the (Water) Tiger