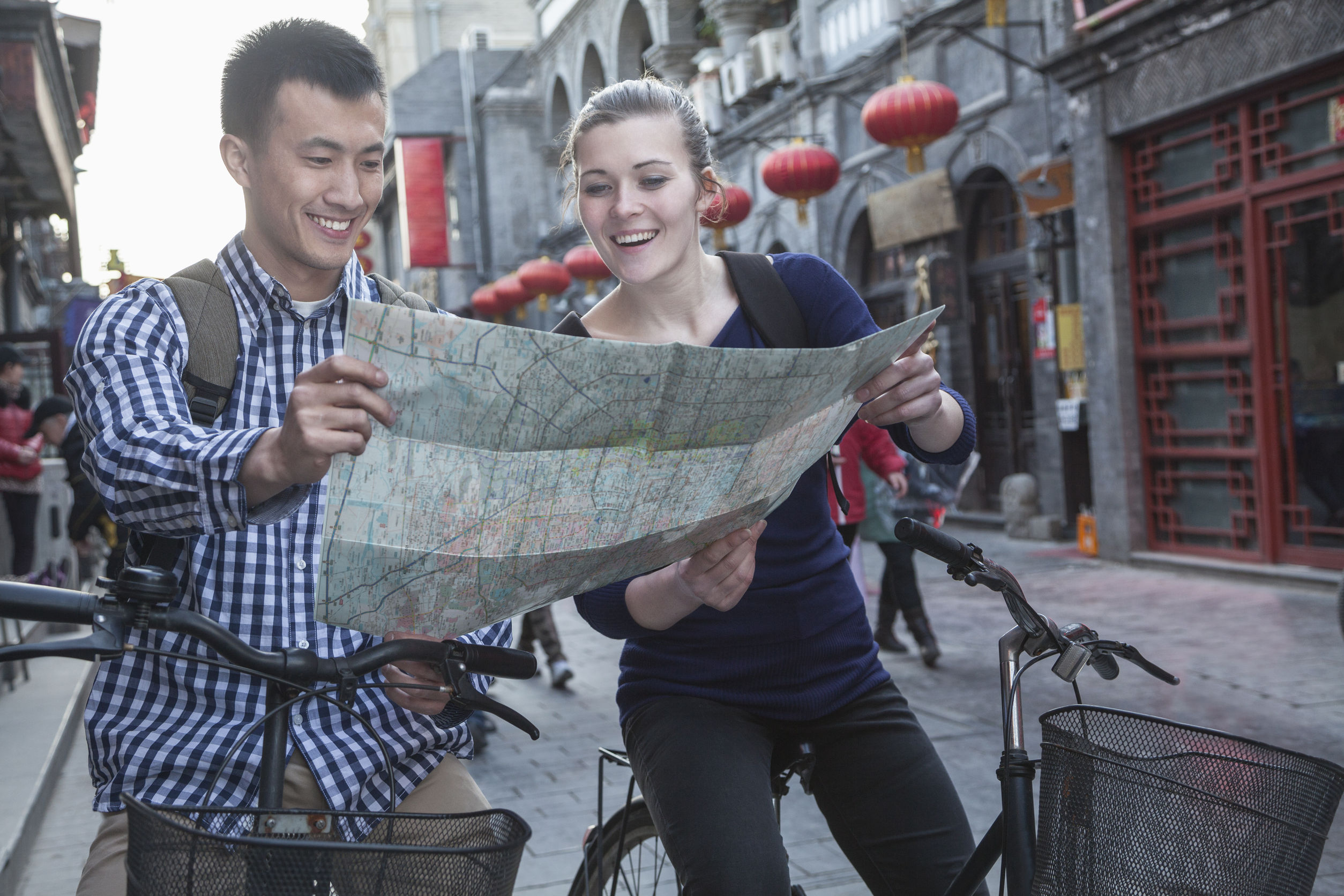 Is Learning Chinese Getting More or Less Valuable?

In the early 2000's, learning Mandarin seemed like one of the most valuable skills you could acquire.  With the economy booming and the 2008 Beijing Olympics on the horizon, China was opening up to foreign businesses, students, and travelers, and Mandarin seemed to be the language of the future.

From the growing popularity of American TV dramas, to the (literally) millions of Chinese who’ve studied abroad, China is becoming more and more internationalized. In my adoptive city of Shanghai, it’s even possible to spend an entire day without speaking a word of Chinese.


Does that mean it’s getting less important to learn Chinese? Have I wasted the hours and hours I’ve spent studying?

In this blog post I want to share why learning Chinese is super rewarding, and why it’s actually getting much more, not less, valuable.

1. Mandarin is the key to Chinese culture

Chances are, if I asked that question to anyone in my hometown back in the UK, the answer would be “no”. That’s because without speaking Mandarin, it’s really hard to engage with modern Chinese culture. 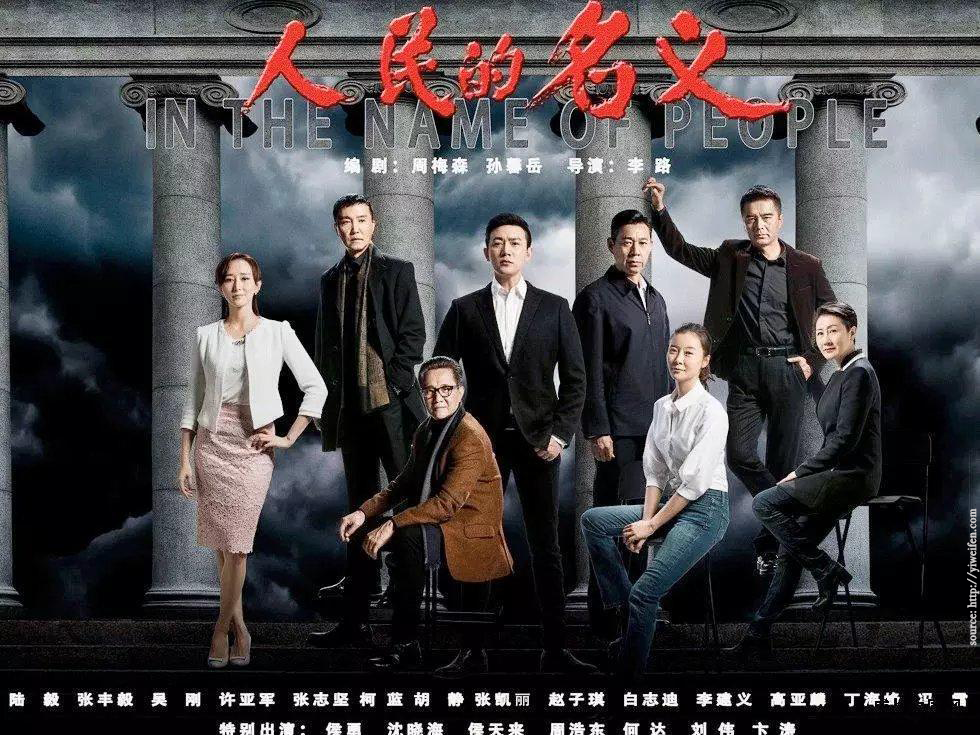 Mandarin opens the door to an awesome range of music, movies, and TV shows that are getting bigger and better as China’s economy grows, but are largely unknown to people in Western countries.
[TIP]:  Practice your Mandarin AND get a glimpse into modern China by reading our blog articles with 5 Awesome Chinese Movies and 5 Popular Chinese TV Shows.


And, it’s not just modern culture: there are thousands of years of Chinese history, literature, art and traditional music you can explore.

Without speaking Mandarin, it is really impossible to truly explore all this amazing culture.  But by learning the language, your world gets much, much bigger.

2. Chinese is great training for your brain

When I first started studying Mandarin, I was convinced I’d never be able to master the tones. I am notoriously bad at all things musical, and trying to remember not only the correct pronunciation, but also which tone of voice to use when speaking, seemed totally impossible.

But, after a few months I noticed that tones seemed to come naturally. And, I started to notice how we use tones in English too. For example, when we ask questions in English, our voices rise, much like Mandarin’s second tone.

[TIP]:  If you haven't checked out Yangyang's lesson on learning Mandarin tones using their English equivalent, this is a must watch video for mastering the tones.

Prepare to have your mind blown:

Likewise, at first Chinese characters seemed like a jumble of random squiggles. But, then I started to appreciate how each Chinese character tells a story, or gives an insight into its meaning.


For example, if you look closely you’ll see that the character 休 (xiū) 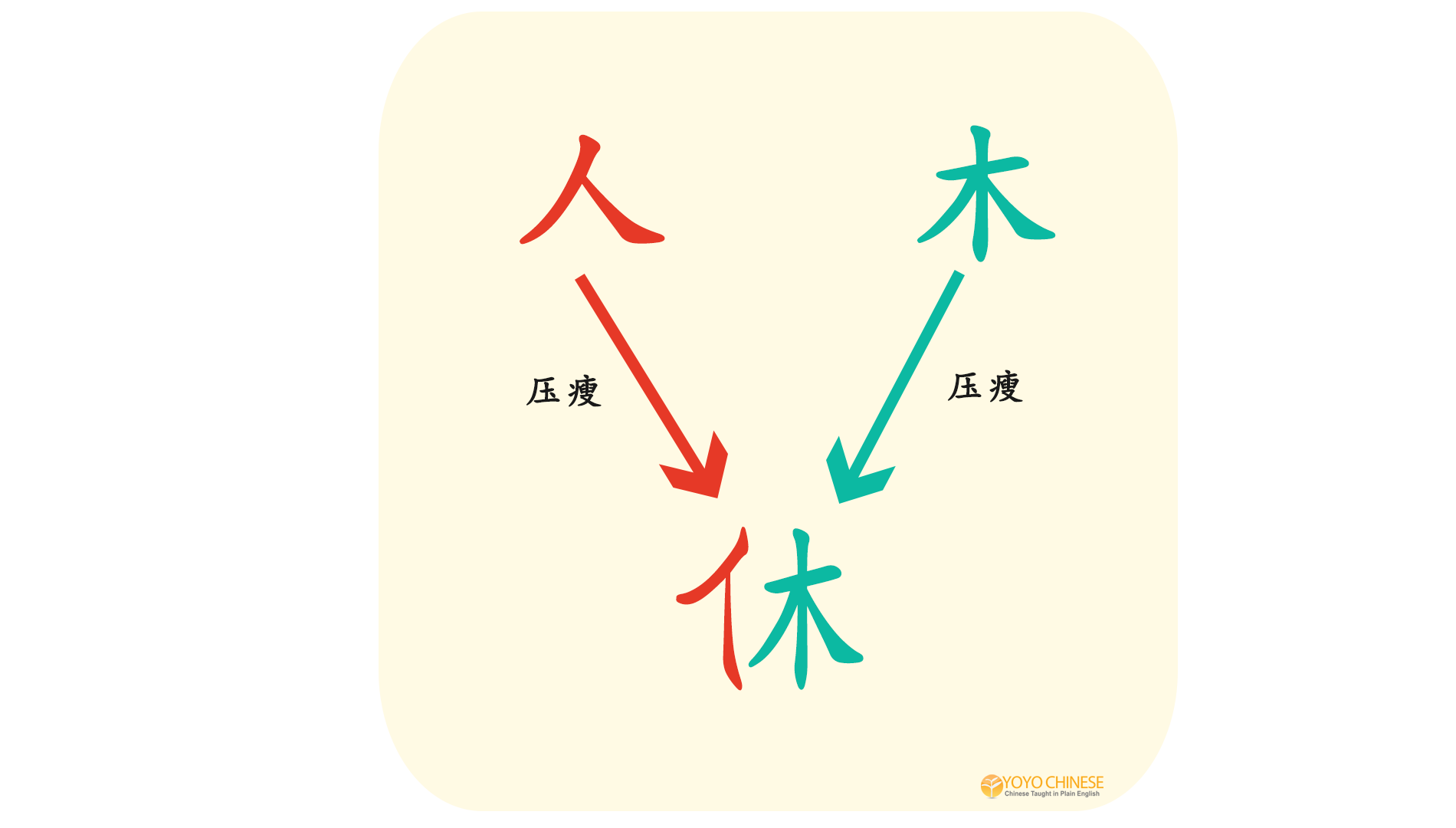 The benefits of learning Chinese for your brain is particularly valuable for older students.  It's natural to think, "I'm too old to learn any new language, especially Mandarin," but the opposite is actually true!  Spending even just a little time studying each day keeps your brain active and forming new connections.

The benefits of learning a new language for anyone - especially elderly students - isn't just obvious: it's scientifically proven!

3. Connect with the Chinese community wherever you are Learning Mandarin is not just valuable for people visiting or living in China.

Last summer, I travelled to Italy for a family event. When I arrived at my cosy, family-run hotel in downtown Milan, I realized the owners were Chinese. Exhausted after a full day travelling, I was desperate for some authentic, comforting Chinese food.

– what good Chinese food is there around here?


He was so pleased to find a foreigner speaking his native language that he not only directed me to a delicious, cheap Chinese café serving genuine 东北饺子 (dōng běi jiǎo zǐ)

– North-east style dumplings (my ultimate Chinese comfort food), but also gave me a better room than I’d booked, and a discount! 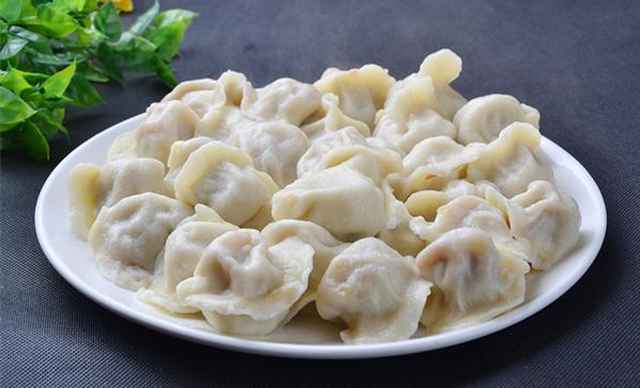 No matter where you are, Chinese people are always pleased to find someone interested in their language and culture.  If you’re keen to connect with the Chinese people in your own community, even just a few words of Mandarin will go a long way.


There are literally millions of Chinese people living abroad, and the number continues to grow.  Learning Chinese will not only let you get more adventurous ordering off the menu at your local Chinese restaurant, it'll help you be a better neighbor to the Chinese people living in your community.

4. Speaking Chinese is great for business

Over the past few decades, China has gone from being one of the poorest countries on earth to the world’s second largest economy, and it’s still growing super fast. That makes China crucial to the future of global business. 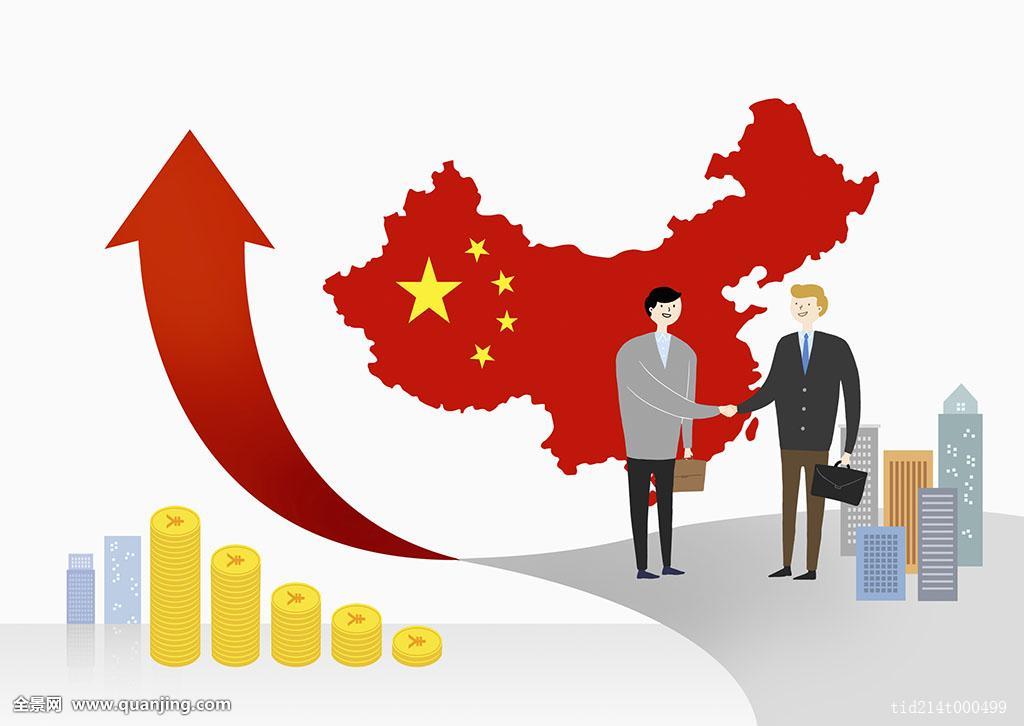 – relationships, which means you need to make friends first, and sign the contract later.

[TIP]:  Read this article "An Introduction to Chinese 关系 (guān xi)" for more information on this critical aspect of Chinese culture.
Even a few words of Mandarin really help smooth the way in building 关系 (guān xi)

. As well as showing respect for potential business partners, it means you can join in the loud shouts of “干杯 (gān bēi) 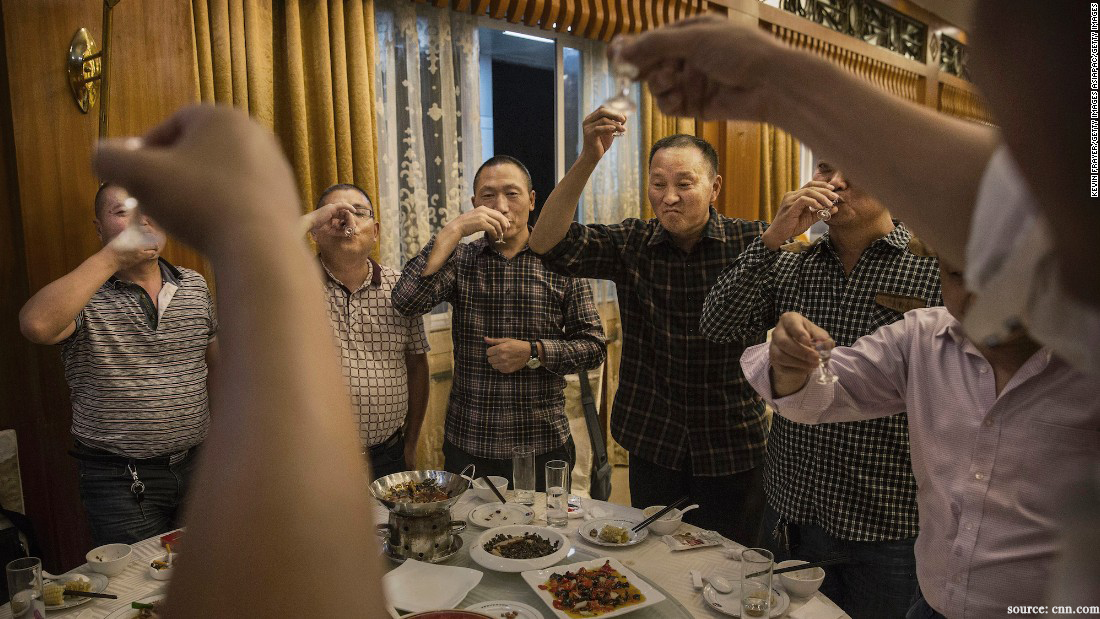 (Get the full lowdown on drinking in China here.)

In terms of business, Mandarin is only getting more and more valuable as China continues to grow, and become more involved in international markets.

One of the best things about making friends with Chinese people is that they’re usually super keen to introduce you to their family and other friends. But, even though my Chinese friends usually speak good English, their families are generally more comfortable in their native language.

If I couldn’t speak Mandarin, I’d have missed out on so many great experiences with friends’ families, from expert dumpling-making lessons, to learning (and repeatedly losing) the classic Chinese card game 斗地主 (dòu dì zhǔ) 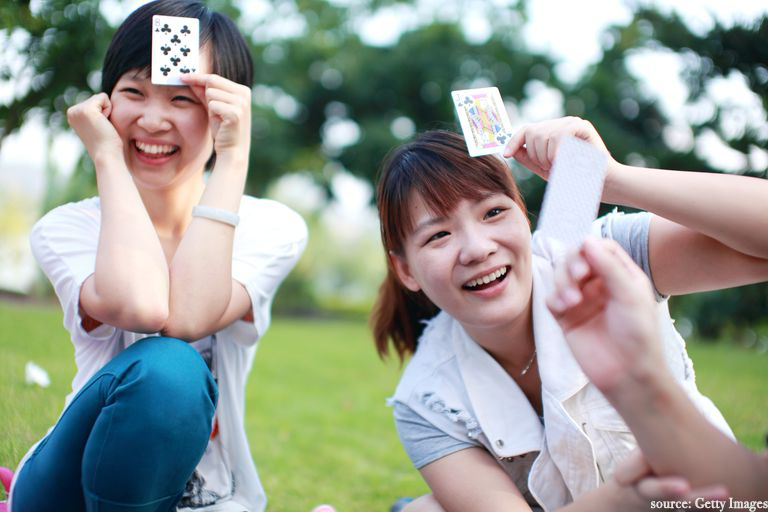 This is particularly important in the Chinese dating scene. It goes beyond being able to speak to potential partners in their native language.  Respect for older generations is deeply ingrained in Chinese culture, and parents still have a strong hand in their children’s love lives. So, if you want to win over your (prospective) Chinese in-laws you’d better get studying!

In short: learning Chinese can help you meet people.  A LOT of people.

In Conclusion: Definitely not LESS valuable

No matter what aspect of learning Chinese motivates you the most, one thing is clear: Mandarin is definitely not getting LESS valuable.

China is participating more and more on the global stage, and Chinese are continuing to travel, study, and live abroad all over the world. China's economy continues to grow, and Chinese films, music and celebrities are gaining a bigger presence in the international spotlight. 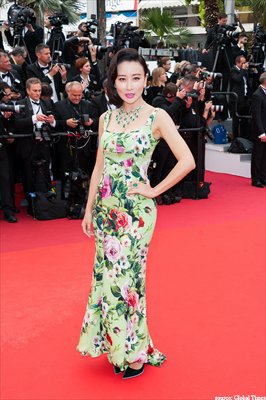 Learning any new language is adding a valuable skill to resume, and opens the doors to a new culture.  Mandarin Chinese continues to be spoken by more and more people all over the world, and only grows more valuable as we become a more interconnected, global community.

If you're thinking about learning a new language, take some time with our other blog articles to read more about Mandarin in business, for your own adventures, and for discovering Chinese culture.

Ready to take the plunge?

Check out the Yoyo Chinese Beginner Conversational Course.  If you can study 30 minutes a day, you'll complete the course in about 6 months and reach basic conversational fluency.  The first 20 lessons are free, so check it out and start learning Mandarin today: 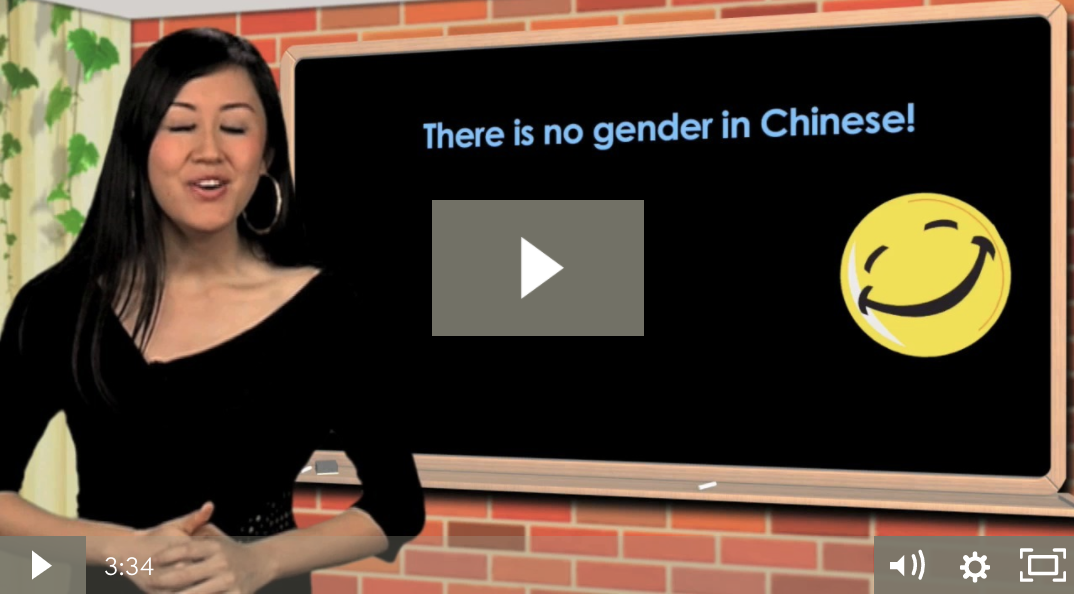 What’s your view on learning Chinese? Do you have any stories to share about why Chinese is becoming more and more important? We’d love to hear from you in the comments section.