Westerners (myself very much included) have some interesting ideas of what China is actually like.

As this Reddit thread demonstrates, however, expectations and reality often don’t match up, which is why we’re here to debunk some common urban myths about China.

From dubious claims about five millennia of history to misconceptions about speaking “Chinese,” here are the top ten urban myths about China!

1. Every Chinese person is an only child

China’s one-child policy has been in place for decades, and it is true that many Chinese don’t have siblings, but it’s far from a universal situation.

Ethnic minorities and couples who themselves are both only children have long been able to have 2-3 kids.

The restrictions are being eased further beginning this year to allow anyone who is an only child to have multiple kids.

2. "Chinese" is one single language 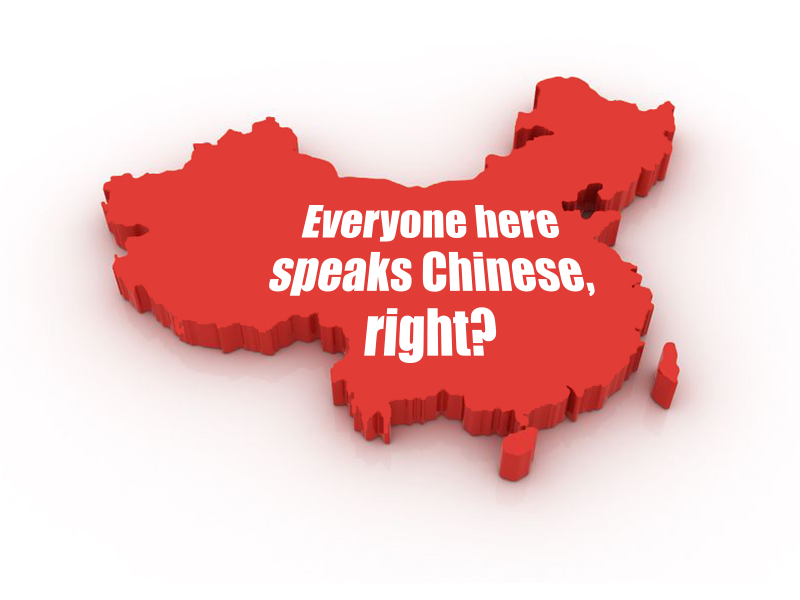 We’ve covered this topic a lot before, but there tends to be this myth in the West that there is one “Chinese” language that everyone of Chinese ancestry speaks.

Truth is, until the mid-20th century, China had enormous problems with domestic communication in large part because there wasn’t a widely-used, unifying language.

Mao Zedong changed all that by introducing Mandarin (pǔtōnghuà 普通话

, lit. “the common language” and the dialect traditionally spoken by leaders in Beijing) as the nation’s standard language, uniting people who spoke thousands of different dialects under one linguistic flag.

Still, many people these days grow up speaking their local dialect at home and learning Mandarin in school, and these dialects are serious business: I was in Fujian province a few months ago and noticed how people from towns just 30 miles apart spoke (native!) languages that were completely mutually unintelligible.

That’d be like if people from Baltimore and Washington, DC couldn’t understand each other unless they spoke a dialect from Boston.

3. "Chinese food" is all one type of food 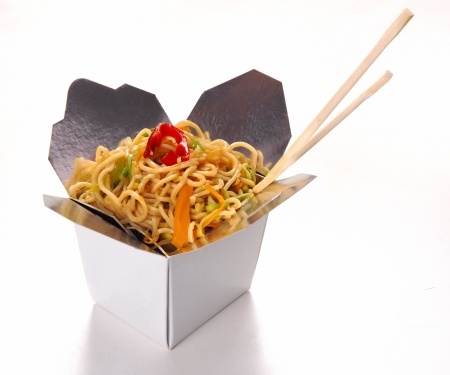 In the West we tend to get sold one unified brand of “Chinese food,” but that’s patently ridiculous.

that’s like a heavenly fusion of Hunan and Turkish food.

In the US, “Chinese food” tends to be a Westernized fusion of Hunan and Sichuan cuisine.

While it’s delicious in its own right, calling it Chinese food makes as much sense as calling dollar store spaghetti Italian food – there might not be a better term for it, exactly, but an Italian person wouldn’t take kindly to it.

4. Everyone in China is the same ethnicity 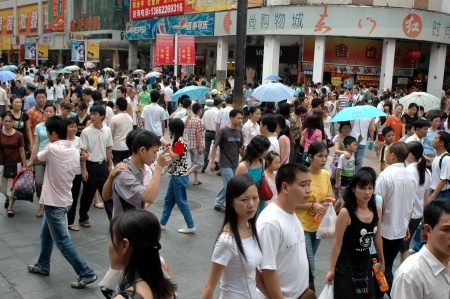 When you (and I, for that matter) say “Chinese”, we usually mean people of the Han (汉)

ethnic group, who make up about 92% of the population of China. That other 8% are the country’s shǎoshùmínzú (少数民族)

Traditionally, these minorities lived mostly among others of their group in rural areas, but these days it’s very common to find minorities in cities. I even had a Chinese teacher at my university who was from the Dai ethnic group.

Uygurs in particular are very visibly not-Han, and in low-budget Chinese movies or TV shows they’re often selected to play Westerners because, with a bit of makeup and lighting, they can look very Caucasian (this is a whole other hilarious topic that we’ll surely get into at some point!).

5. Chinese students have the best test scores in the world 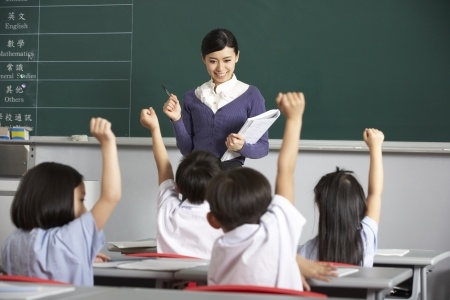 Every year when the PISA (Program for International Student Assessment) test results get released, the global media inevitably throws a kanipshin about how the Chinese educational model is superior because of the extraordinary test scores coming out of Shanghai.

While there are, of course, incredibly gifted and intelligent kids here in China, the scores are exceptionally misleading because they come exclusively from Shanghai, which draws the best and brightest kids with its top-notch schools and then puts them through the academic ringer, pumping out skilled and intelligent kids but leaving the vast majority of the country with inferior educational resources.

Supposedly the PISA tests measured results from 9 other cities in China as well, but the government declined to release those figures, and they’re not included in the “China” score at all. 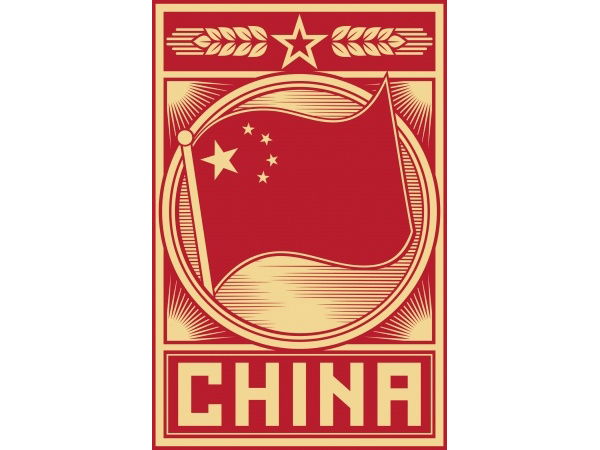 While the PRC is officially atheist, it is hardly an irreligious country.

Home to some 70 million practicing Christians (as many as in the UK and France combined, it’s worth noting) as well as millions from other religions, China has a long and storied tradition of Buddhism, Daoism and of course Confucianism that continues to be present in everyday, modern life.

Superstitions based on folk religions continue to appear today - if you’ve never visited an old Chinese doctor, I...well, I don’t recommend it, because they believe some weird stuff.

Traditional Chinese cultural beliefs, as well, discuss how divine beings from these religions transmitted many of the values (namely the importance of family) that are still so central to Chinese society today.

I’ll admit I’m not especially informed about this subject, but this guide from the always-excellent Asia Society is a good resource to learn more.

7. Everything you do in China is monitored by the government 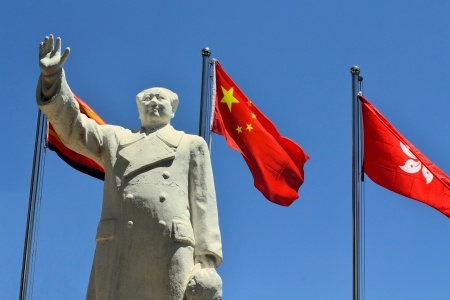 When I first moved here I had a vision of China as a vaguely-Orwellian surveillance state, but I quickly learned that that is an enormous exaggeration.

While there are cameras on street corners, protests are actually fairly commonplace (depending on what they’re protesting against), and the personal, day-to-day level freedoms you enjoy are actually somewhat better than in the US!

Enforcement of laws like drinking age, alcohol consumption and driving rules tend to be very lax, and there’s a very hands-off attitude about anything that doesn’t directly challenge party rule.

Compare this to Singapore, for instance, where there are hefty fines for things like chewing gum, and I’d go so far as to say that in some ways, China is one of the world’s freer countries.

8. China is the world's oldest culture 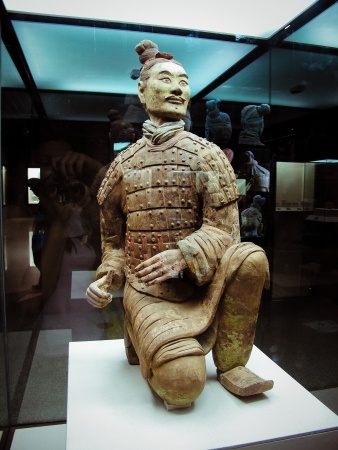 This phrase gets thrown around a lot, particularly if you levy criticism at some aspect of Chinese culture or society. “Chinese culture is 5,000 years old, we know what we’re doing” is generally the gist of the response.

That’s BS though – for one, just because it’s old doesn’t mean it’s good (Led Zeppelin notwithstanding), but more to the point, Chinese culture isn’t even 5 millennia old.

This commonly-cited figure is based on the supposed existence of the Yellow Emperor (皇帝, huángdì)

, who, we’re told, reigned around 2700 BCE and oversaw the birth of what we now call the Chinese people and their culture.

But here’s the thing: there’s no evidence he ever existed.

The 5,000 years talking point wasn’t even common until the early 1990’s, when the CCP increased their efforts to globalize the country and realized they needed to stand out from other ancient but extant cultures like Greece and Egypt.

9. China is primarily a communist country 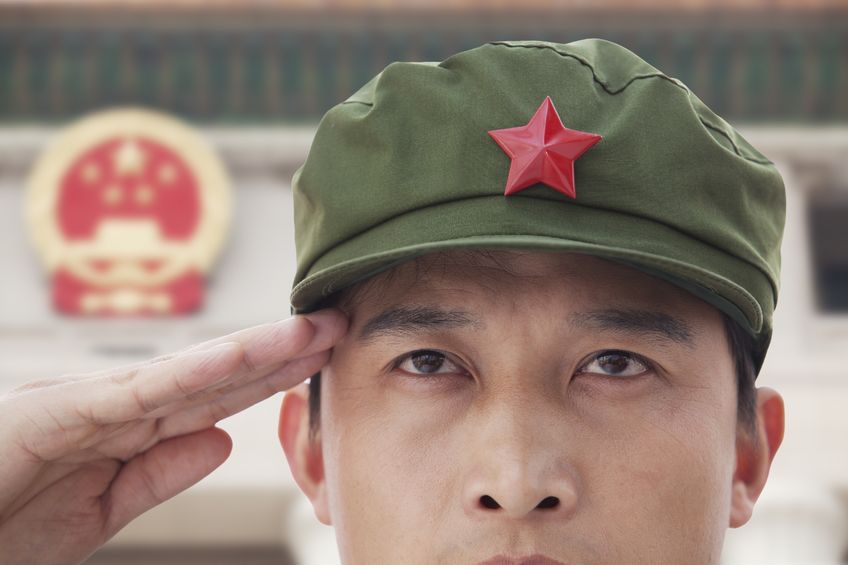 The CCP, of course, rules the country and the PRC is officially listed as a communist country, but these days that’s not much more than window-dressing.

China is a capitalist, consumer society with some aspects of communism left over from the Cultural Revolution days.

I’m no political scientist, but when there are 2 Starbucks' on your block as well as a store that sells 5 kinds of imported blue cheese, I’m not sure how communist your country can be.

The things we think of as communist, like huge bland apartment blocks, food rationing and big fiery speeches in enormous city squares are but a distant memory for most Chinese, and unknown to anyone under 35.

Things that you’d expect to be free, like healthcare, transportation and even entry to parks and museums often come with high price tags.

Though they’ve got a bit of a bias, this report from the CATO Institute sheds some light on the issue in a way I’m not knowledgeable enough to do.

10. China is better at "getting things done" than the US/Western countries, in part because they don't have to vote or seek approval for everything

Ah, the central point of many a Tom Friedman article.

The argument usually goes something like this: China is doing amazing things these days in terms of infrastructure, scientific advancements and the like because they don’t have to deal with the choking, glacial pace of American democracy; they have the money and the power so they just do it, resulting in rovers on the moon, record-setting supercomputers and the world’s fastest trains.

I’ll be honest, there is a bit of validity to this argument (I took the Shanghai Maglev with a visiting friend who remarked on how they’ve been trying to build high speed rail in the US for decades with no luck – it’s a tough comparison to ignore) and it’s frustrating to watch serious, beneficial projects fail in the US because of congressional chicanery.

That said, it’s ludicrous to claim that China is superior at “getting things done,” because 99% of the time, the opposite is true.

China is still a developing country and is wildly inefficient in most spheres, even those amazing trains my friend was awed by: there have been innumerable high profile rail and road catastrophes in the last three years alone, including a much-hyped high-speed rail link between Shanghai and Beijing that had to shut down due to mechanical problems just three weeks after opening, and a highway bridge collapse that revealed supports stuffed not with concrete but with sticks, plastic bags and other trash (I suppose this is efficient from a waste disposal perspective).

On a smaller scale it can be hard to get basic stuff done in China, as well.

If you lose your bank card, for instance, it can take more than a week to get a new one from a state-owned Chinese bank (plot twist: they’re ALL state-owned), and you can’t withdraw money any other way for some completely inexplicable reason, so I quickly learned to keep backup bank accounts and other cash sources in case I lose my card.

In my book, that’s not a hallmark of a country that has mastered the art of efficiency and  “getting things done”!

What are some urban myths or misconceptions you've heard about China? Do you agree/disagree with the ones I've laid out here? Sound off in the comments below!