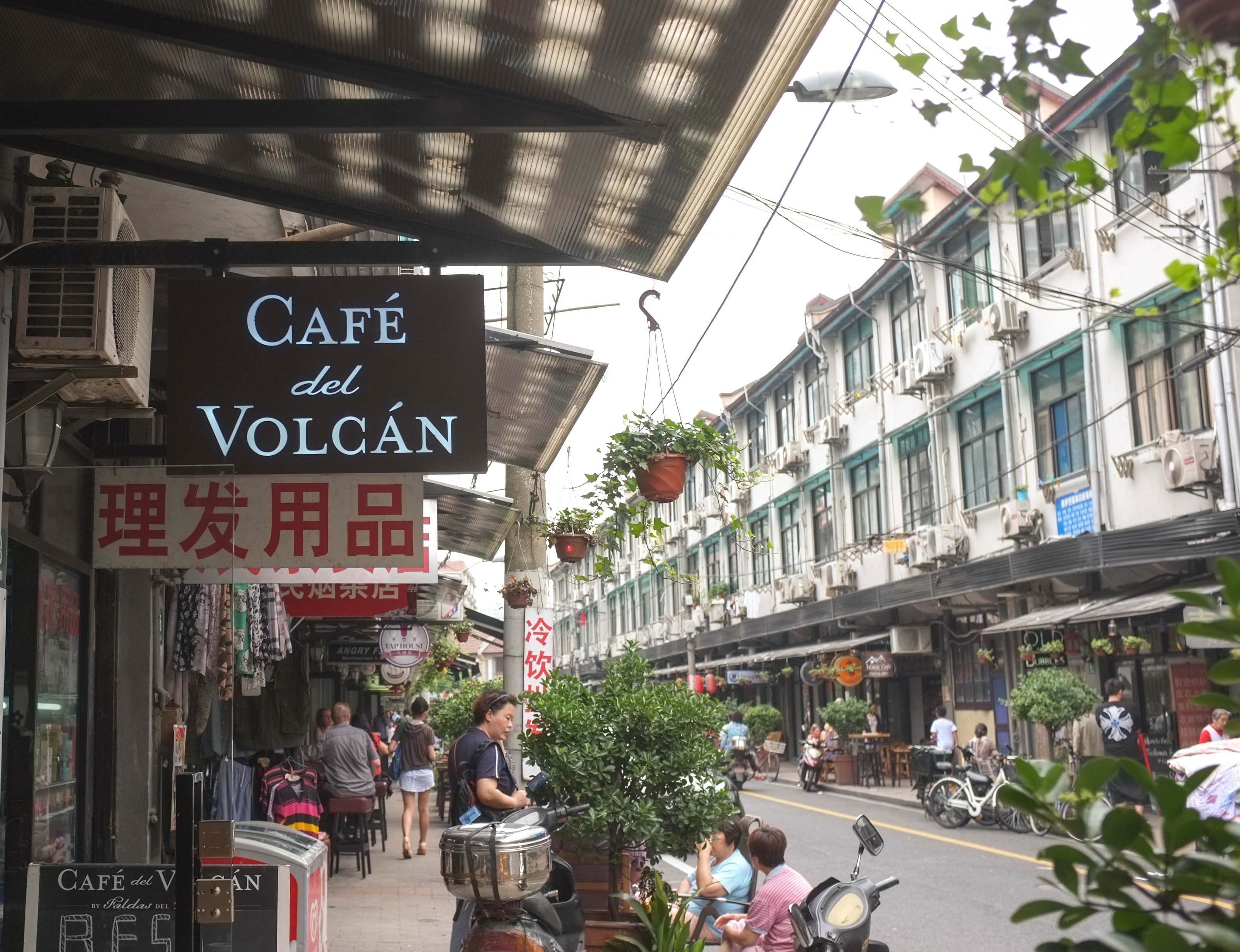 When people ask me to explain the difference between Shanghai and Beijing, I often use Italy as a comparison: Beijing is a little like Rome, a chaotic city where, wherever you turn, you’ll find a historical monument or relic.

Shanghai, rather, is more like Milan; the financial heart of the country where, more than its monuments, it’s the glass buildings and shopping malls that characterize it.

Today, rather than talk about the most famous tourist attractions in Shanghai – the Bund and its colonial buildings, Nanjing Road and its shopping centers, Lujiazui and its skyscrapers or Yu Yuan Garden, – I’d like to introduce you to a few, less touristy places in Shanghai that are worth swinging by. 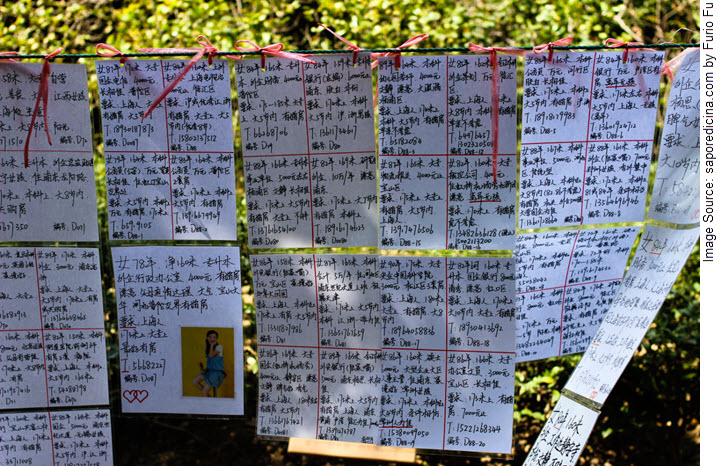 The Single's Market – also know as the “Marriage Market” – is a weekly meeting location for those who have a son or daughter that still isn’t married.

The only purpose of this gathering is to find a bride for one’s own son. Yes, you heard right: the diligent parents of Shanghai have grown tired of waiting for a wedding that may never come and have decided to take matters into their own hands.

So how does the Singles Market work? It’s easy! Just prepare your son’s (or daughter’s) resume and exhibit it in the market.

The hope is to find a pair of parents looking for a husband for their daughter who are interested in your son’s pedigree.

The market opens every Saturday and Sunday and the easiest way to get there is to take the metro to the People’s Square (rén míng guáng chǎng, 人民广场) stop, exit 9. Click here to view a photo gallery dedicated to this unusual market.

I visited the Singles Market many times, but the funniest one was the time that I went there with my (ex) Chinese girlfriend. Why? Because she tried to "sell" me to the parents of a 22 years old girl.

To my astonishment, they were quite interested and started to ask a lot of questions about my education, my job and, most important, my salary!

Lose yourself among the Longtang of the French Concession 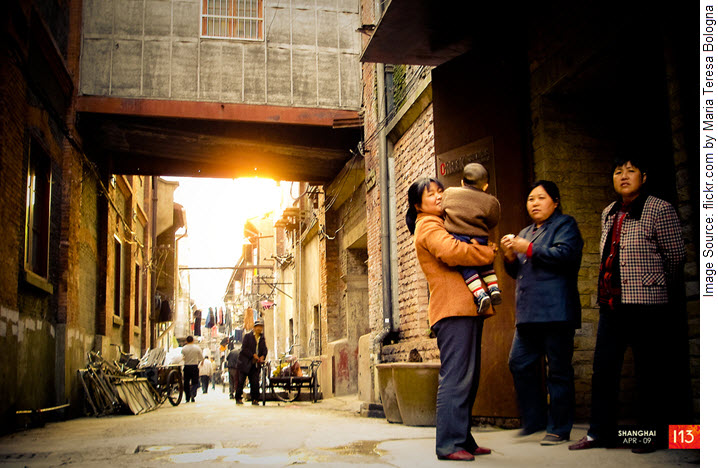 The Longtang (lòng táng, 弄堂), a local term referring to the Lilong (lǐ lòng, 里弄), are residential lanes that allow access to a myriad of small houses, usually with two floors.

The character “弄” means lane in English. The Longtang are protected by iron gates that by nightfall are for the most part closed.

Such residential neighborhoods, which hold a special place in my heart since I'd once lived in one myself, can contain hundreds of houses and are Shanghai’s answer to the much more famous Hutongs of Beijing.

The difference is that, while the majority of the surviving Hutongs have become tourist attractions from what I’ve seen, life in the Longtang is rarely disturbed by cameras. That is, if you exclude Xintiandi and Tianzi Fang, which by now are to all effects commercial zones and can no longer be considered residential areas.

I lived in Shanghai for awhile and some of my preferred Longtang are found near Xinzha Road, Maoming Road, Julu Road and Nanchang Road.

I'm especially "attached" to one of the Longtangs situated between Yan'An Road and Julu Road, because that was my first home when I arrived in Shanghai.

I spent a lot of time walking through these residential lanes. Sometimes, when one was closed, I'd have to come back to try another alley, but it's extra time well spent, because I just love the atmosphere found in the Longtang.

Go for a walk on Changle Road 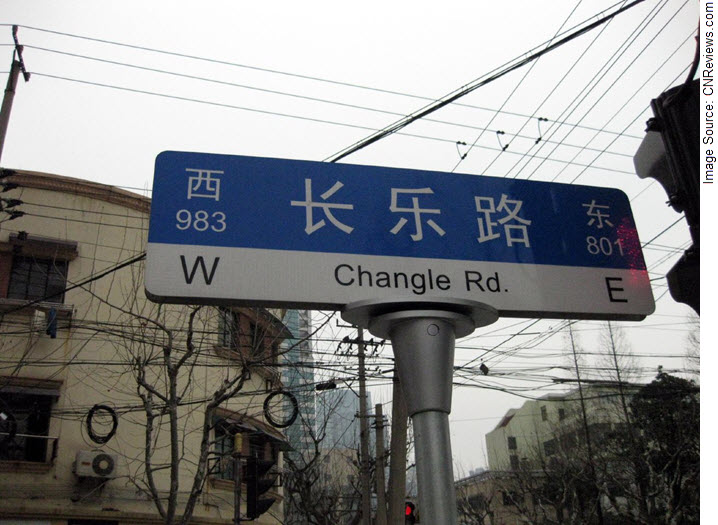 Changle Road is one of my favorite streets in Shanghai. It’s a rather narrow street – barely two cars could fit – and is about two kilometers long extending from west to east right in the middle of the old French Concession.

Personally I spent a ton of time in Changle Road as I often used to meet my friends here. I'm always on time; but the same can't be told about my friends! So I often ended up losing myself through the small shops on this street.

Once, my girl was so late that I decided to have dinner alone. Of course I chose the small jiaozi restaurant that you find at the beginning of Yanqing Road, at the intersection between Yanqing Road, Changle Road, Donghu Road and Xinle Road. 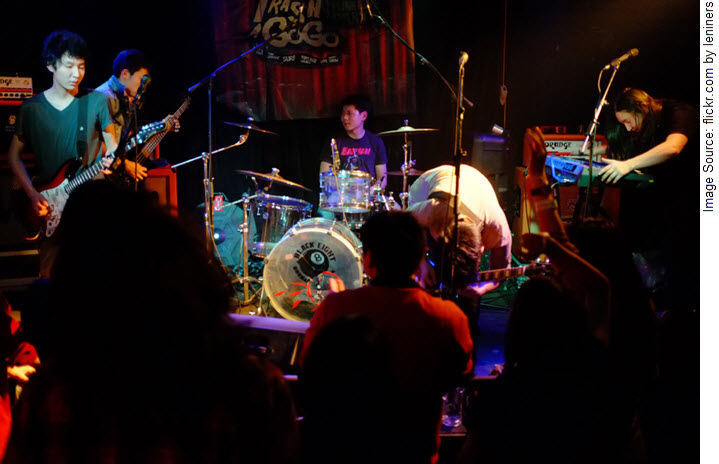 Shanghai teems with clubs: from the elegant M1NT and Bar Rouge to dives where they serve salted rice and Tsingdao beer until sunrise, passing for classier bars like Richbaby or Mook, which are frequented almost exclusively by the Chinese youth.

If, however, you’re interested in knowing the city’s underground music scene, I’d recommend heading to Yuyintang (yù yīn táng, 育音堂) during the weekend.

This is a relatively small club, without plaster or tile (both the walls and floor are cement) and equipped with a stage that’s almost the same height as the floor on which the artists perform, whether they're well-known bands or emerging artists.

At Yuyintang, located on Kaixuan Road 851, near the intersection with Yan An Road (kǎi xuán lù 851 hào, jìn yán ān lù | 凯旋路851号,近延安路), you’ll find both Chinese and foreign ex-pats (few tourists). I’d recommend taking a taxi to get there. 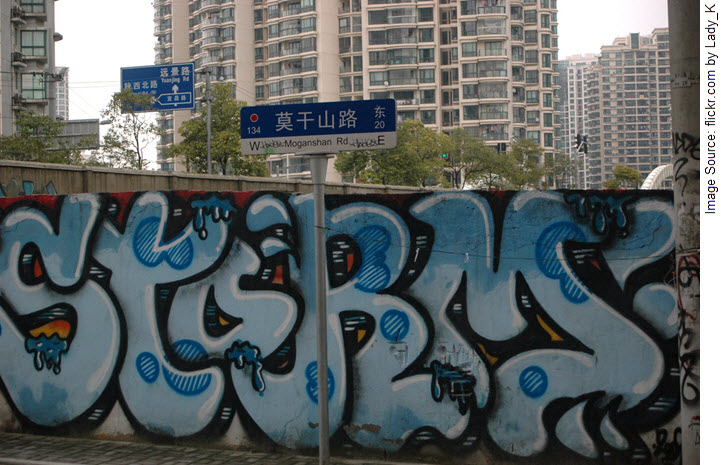 Moganshan Road is a road located in the north of Shanghai, in the area of Suzhou Creek, and is known for the density of its art galleries and graffiti.

It is here that you’ll find the best modern artists of Shanghai.

Some of them, Zhou Tiehai & Ding Yi for example, still have their studios here. The two most famous art galleries of Moganshan are probably 50 Moganshan and ShanghART. 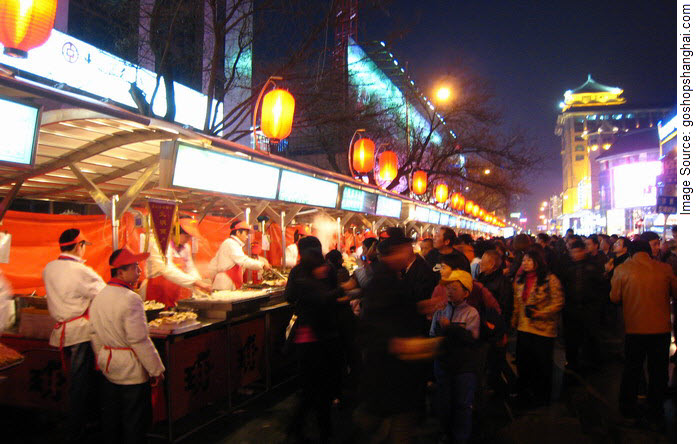 South Yunnan Road is right near the intersection of Yan’An Road and Xizang Road, two of Shanghai’s many arteries.

It’s a small street that I discovered by chance, only because when I lived Hangzhou I often went to Shanghai and, just as often, ended up staying at the Phoenix Hostel which is located right on South Yunnan Road.

It's here in this little street that you’ll find delicious, authentic Chinese dishes: xiǎo lóng bāo (small, steamed dumplings typical of Shanghai), Nanjing salted duck, fried tofu, traditional Sichuan hot pot, and much more. It's worth a visit just to take in the smells and the atmosphere.

This is by no means a comprehensive list of the places worth visiting in Shanghai, but I hope the locations I've introduced here inspires you to travel off the beaten path to explore some of Shanghai's smaller, tucked away streets.

You'll find hidden gems tourists often miss out on, and may even come away with a more holistic view of what Shanghai's all about.

If you have personal experiences with any of these places, or if you think there are other places worthy of mention, I'd love to hear about them. Just leave a comment below!

This article is under the Attribution-NonCommercial-ShareAlike 2.0 Generic License (CC BY-NC-SA 2.0)