Blog / What You Should Know About Gift Giving in China

Gift giving in China is different from the West in that physical gifts are not usually given for birthdays, weddings or Spring Festival.

, are the most fitting for those occasions. Giving money for birthdays is reserved for children and senior citizens. 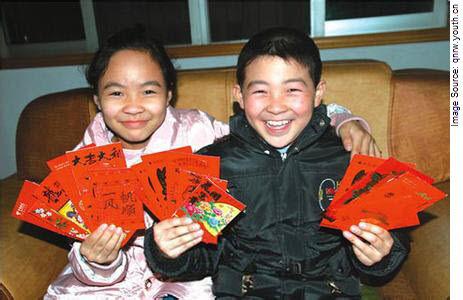 My kids get money from all the family members and we all give money to my in-laws on their birthdays, but everyone else's goes by practically unnoticed. Spring Festival is much the same except adults give money to the children of their friends as well.

So even though there's not a lot of gift giving going on multiple times a year as there are in Western countries, there are plenty of times when gifts are appropriate.

A thoughtful gift is great when you want to do something like thank a friend, say goodbye to someone, meet your girlfriend's family members or meet with a Chinese associate to discuss a business partnership.

With that said there are plenty of things to remember so that you don't make a faux pas when you meet your girlfriend's dad for the first time or hope to seal the deal on a hot business transaction.

Check out this fun video lesson all about gift giving in Chinese culture, and then read on for more information: 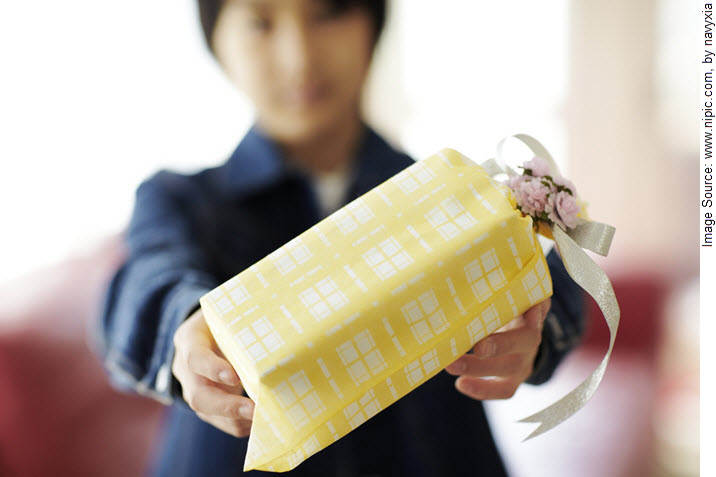 Keep these tips in mind as you're considering what you'll give:

Do feel free to leave price tags and receipts in the bags if it's an expensive gift. Unlike how it's practiced in most Western countries, you don't have to peel off the price tag.

I was speechless when, at a small dinner to celebrate our marriage, my husband told me to remember how much money each person gave us. Many of them gave us unmarked red envelopes so I quickly found a pen in my purse so I could jot down names and numbers.

At home he took out a small notebook and dutifully wrote down the name of each guest and how much they gave us. Since then, whenever one of those people has had a child or their child graduated from high school, we've consulted the book to see how much we need to give for the occasion.

Don't worry about including a card. Greeting cards are rarely used in China and hard to come by, so a Chinese person wouldn't expect a card along with a gift.

I can honestly say that the only cards I've ever received, in nine years of living in China were Christmas cards from students. The few times my husband has written me a love note and given me flowers, he's had to make his own cards!

Do hold the gift in both hands when giving it to the recipient. Using both hands to give, and receive, gifts is proper etiquette.

When you're meeting your partner's family, for the first time or during a visit, a gift is expected. Discussing ideas with your partner is a great idea, but if they're not a fountain of ideas, try some of these:

Vitamins and Supplements – These are great for in-laws or in-laws-to-be as Chinese are very health-conscious and love all sorts of traditional medicines and remedies. You might try giving American ginseng, herbal teas or a good-quality multivitamin.

Food/Fruit baskets – Packed full of delicious and exotic fruits, baskets are the go-to gift of choice if you have no idea what to give or if you've never met someone before. If your hometown is known for a special food, buy several to take along as gifts.

Clothing – Sweatshirts or t-shirts from a university or tourist area near your hometown are great options. These work better for people under 50 since senior citizens tend to have wardrobes that consist almost solely of gray, navy and black. I can count on one hand the number of times my 69-year-old father-in-law has worn his bright red University of Wisconsin t-shirt.

Barbies, Legos and Board Games – These are great choices for kids. All three are quite rare in China and super expensive when you do find them. 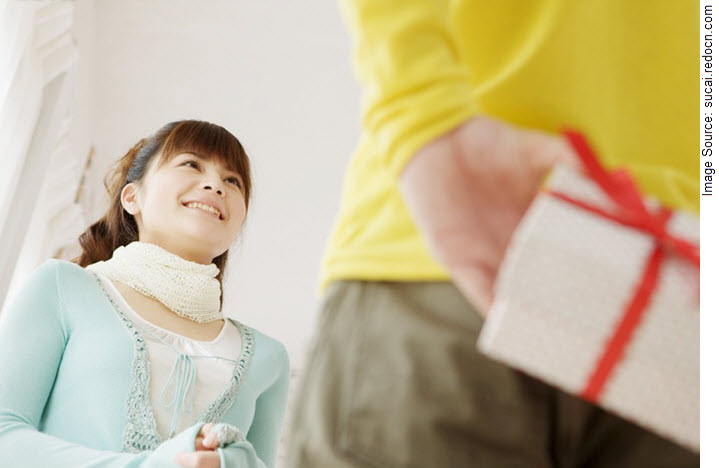 With friends you'll likely spend less money than you would on family, but the same type of gifts are generally appreciated.

Clothing – Sports apparel, especially if you know their favorite NBA team, is a good gift for basketball fans of all ages.

Perfume and Lotions – Fragrances are catching on in mainland China, so I like to stock up on lotions and body sprays from Bath and Body Works since it's an American company and they offer many light feminine scents. I do avoid giving body wash or soap, lest they think I'm hinting that they need help in the hygiene department.

Other – Pocket knives, appropriate level books in English (if they're interested in English), wallets, key chains, and specialty foods like chocolate or coffee.

Whether you're starting a business relationship or furthering an existing one, a tasteful gift will go a long way in developing and maintaining the relationship.

Engraved Pens – Whether it's a nice pen from your company or engraved with the recipient's name it's a practical gift that will get used time and time again.

Local Snacks – Giving a food gift from your area is both a great gift and conversation starter. A great first-time gift idea.

Cigarettes and Alcohol – I hate encouraging others to smoke and drink, but these are popular and well-received by most businessmen. Even if they don't drink or smoke they can re-gift it to someone who does.

Foreign wines or liquors go over well with close business associates; I used to give my boss bottles of alcohol and he'd take them to business dinners to impress potential clients. These should be reserved for those with whom you already know and have worked with. 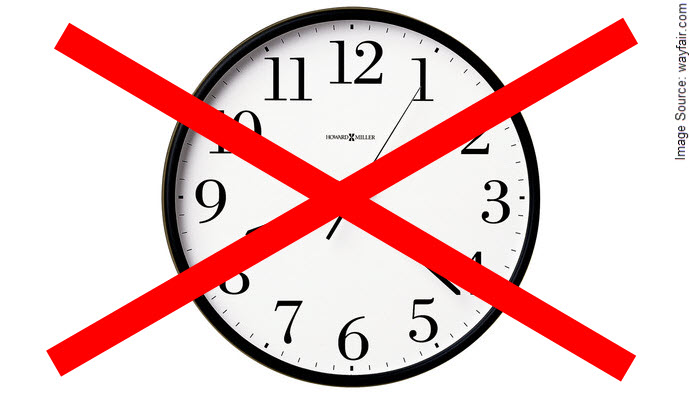 There are some gifts that should be avoided at all costs due to cultural symbolism or the fact that that word shares a similar pronunciation to something undesirable.

Clocks – In Chinese, the words that mean "to give a clock", "sòng zhōng (送钟)"

, has the same pronunciation as the phrase "sòng zhōng (送终)", which means that the family of a deceased person has completed all the tasks related to burying their loved one.

Due to the sound connection between these two unrelated things, giving a clock is in bad taste.

Chrysanthemums – These flowers are lovely and can be made into a delicious tea, but you don't want to give them for gifts as they're often used for funerals.

Umbrellas – China makes some beautiful umbrellas – both the kind that protect you from the rain and the ones that keep your skin from getting dark (yes, there is a difference!) – but they're not appropriate for gift-giving.

, which means to separate. Giving an umbrella symbolizes that the relationship between you and the recipient may soon dissolve.

Shoes – No matter how cute they are, do not buy those glittery heels or chic boots for your Chinese girlfriend! Shoes should be avoided because, as the thought goes, she could use them to run away from you, thus ending your relationship.

Hats – Green hats, specifically, should be avoided because of the phrase "to wear a green hat", or "dài lǜ mào zi (戴绿帽子)"

, which is used to express that a man's wife is cheating on him.

As much as my parents would love to give my father-in-law a Green Bay Packers cap to shade him from the sunshine on his daily walks, it's a huge no-no!

The Number "4" – When giving cash gifts, avoid giving an amount that includes a four such as 40 or 400 since the pronunciation of four, "sì (四)"

This isn't, by any means, a comprehensive list of all the nuances of gift giving in China or with its people.

While the overall culture is quite homogeneous, there're plenty of variances from region to region and within each family. Use this as a guide and seek input from someone close to you if you're unsure.

What are your favorite gifts to give your Chinese friends?
6 Lesser Known Places in Shanghai Worth Visiting Authentic Chinese Recipe: How to Make Egg Drop Soup