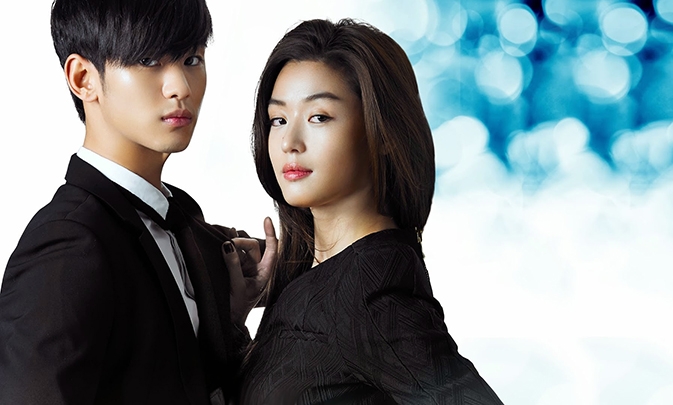 China has a really interesting relationship with its East Asian neighbors, but what does that mean in terms of how the world sees China? And about how Chinese culture itself is changing before our eyes? 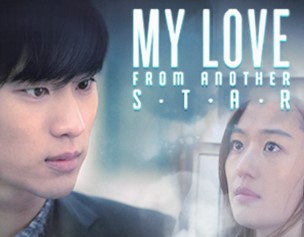 We’ll get to that stuff in a minute, but China’s cultural ties to Korea have been dotting the headlines of late for a bizarre reason: a preposterously popular Korean TV soap opera called My Love From Another Star, known in Chinese as 《来自星星的你》 (lái zì xīng xing de nǐ,

lit. “you, from the star in the sky”), about an alien who landed in Korea and fell in love with a spoiled modern pop star.

What’s the big deal, you ask? Korean dramas are often popular in China, but this is a whole new level: this season’s 22 episodes of My Love from the Star have a cumulative 14.5 billion views in China (the show is only available via authorized online streaming platforms here), and its popularity has extended to the highest halls of power. 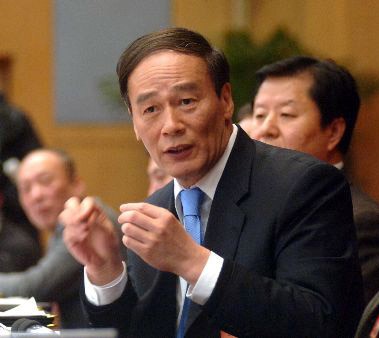 During a panel discussion with delegates from the National People's Congress in Beijing earlier this month (possibly the year’s most significant political event), Wang Qishan, whose job is to fight corruption in the Chinese government, raised the show to the top of the agenda, pondering aloud why “China cannot make a show as good and as big of a hit,” presumably while avoiding the topic of how his job has absolutely nothing to do with watching soap operas.

“The core and spirit of Korean dramas is the exact sublimation of [their] culture,” Wang continued. “They use TV dramas to disseminate Korean traditional culture.”

The whole situation sounds a bit ridiculous (imagine John Boehner lamenting the popularity of Degrassi Jr. High before a joint session of Congress).

But there’s a lot of interesting stuff going on here. China, for all its amazingness and cultural history, has a notable soft power problem: they’re having trouble selling Chinese culture and the idea of China as a desirable place to be to the world.

GWU’s Donald Clarke calls soft power the ability to attract and co-opt, the geopolitical equivalent of a person’s charisma and magnetism, and describes how “China ends up looking like parents who desperately attempt to make their teenage children think they're cool but always end up getting it wrong.”

The fact that just about everyone in China turns to a Korean drama for entertainment is turning out to be a huge deal here, and I’d like to propose a very general solution based on the recent uproar:

Listen, China, you’re a kick-ass place: 4,000 years of history, dynasties rising and falling, and the greatest economic miracle the world has ever seen. You even revived Stephon Marbury’s career, a marvel in its own right.

But trying to sell yourself to the world the same way America has for the last century just isn’t working – there may be a Chinese girl in Iron Man, for instance, but there’s no Chinese Tony Stark (dōng ní shǐ tǎ kè, 东尼史塔克

Your movies have mostly bombed internationally, your language institutes are under increasing scrutiny, and as we’ve seen, your TV shows aren’t even popular at home, much less abroad.

Do it with Chinese characteristics

So take a marketer’s approach and focus on your strengths. Sell an authentic version of yourself to the world that the world will actually want to buy. It will be easy because China is really freaking fascinating!

Just off the top of my head, you’ve got the lifestyles of the country’s newly (and preposterously) rich, you’ve got the super-interesting societal changes occurring with so many people moving to modern mega-cities from subsistence farms, and you’ve got perhaps the world’s best cuisine prepared in an infinite variety of ways.

These are all uniquely Chinese things that don’t need the flash-bang-Michael Bay touch to go viral and help people understand what China is about.

Because the Chinese narrative is in fact extremely attractive

Most of all, though, China has a hook to end all hooks: one of the world’s oldest and largest cultures colliding with the modern world at warp speed, all right before our eyes.

Hollywood has been selling the American dream to the world since my grandparents were teenagers, but imagine that times five – that’s what China has the potential to sell to the world, the idea of 1.4 billion people, with 4,000 years of culture behind them, finding their way in this crazy globalized world with everything China represents. Because that’s what China is: it’s gritty, it’s crazy, it’s changing fast, and most of all it is real as hell.

Wouldn’t you watch that?

So what do y’all think of this Korean drama drama (ha!)? And what does it mean for soft power and Chinese culture? Let us know in the comments below!