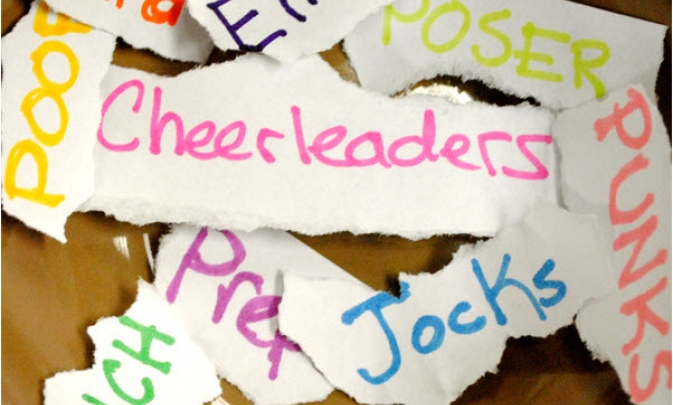 8 Social Labels in China You Should Know About (Part 1)

Think back with me, if you will, to middle school. If your experience during those awkward days was anything like mine, then you might remember watching your classmates as they formed various cliques.

Soon most people were instantly identifiable as being one of the “loners” or the “cheerleaders” or the “skaters” and took on the whole persona associated with such a label.  They dressed, acted, and even walked according to their label.

I suppose this kind of thing serves a certain psychological purpose. It feels good to be part of a group, and it also feels good to organize the world into little compartments.

So I guess I shouldn’t be surprised that we continue to do the same thing in adulthood.

The names of the groups change, but the concept is more or less the same. Foodies. Backpackers. Right/left-wingers. Old hippies. Hipsters. An image immediately comes to mind, right?

By the same token, I also shouldn’t be surprised that these types of categories exist in China too. There’s even a word, or actually a suffix, that’s used a lot these days to create categories like that. That word is “zú (族)"

I first learned about this kind of use of “zú” several years ago when I was at a restaurant in Shanghai with a Taiwanese friend.

We were looking around and noticing that all six of the people seated at the table next to us were looking down at their phones. They may as well have been eating alone.  If any one of them had looked up at that moment, all she would’ve seen was the top of her friends’ heads.

My friend laughed and said, “In Taiwan, we call these people ‘dī tóu zú (低头族)'”

I’ve always remembered that phrase, because it is the perfect description for people who are looking down at their phones all the time. “Dī tóu” means “lowered head” and “zú” means “group of people.”

This word “zú (族)" is actually the same word that is used in Chinese to refer to ethnic groups, which are called “mín zú” (民族)

For example, the majority of people in China belong to the “hàn zú (汉族)"

, which, by the way, is the same “hàn” that’s in “hàn yǔ (汉语)" , which is one way to say “Chinese language.”  There are dozens of other minority ethnic groups in China, such as the “húi zú (回族)"

That’s the original usage of “zú.”  But the kids these days are putting it to use in a lot of pretty creative ways.

Basically, at this point, “zú” functions more or less like the suffixes “ers” and “ies” do in English words like “groupies” and “hackers.“

It’s an easy and fun way to slap a label onto some type of behavior that’s becoming a trend.  And before you know it, it becomes a real thing. Just say the words, and an image of the people associated with that “zú” comes to mind.

The following is the first half of my list of favorite “zú”, grouped into categories for you, because, well, it’s all about groups and categories in these posts.

Okay, you already know this one, but I’m mentioning it again because I love it. And it’s extremely useful, because people in China are obsessed with mobile phones. That seems to be true for all of East Asia, actually.

I have been on jam-packed subway cars in Hong Kong, Tokyo, and Shanghai where every single person was looking down at their phone.

And it seems like many of my Chinese friends change their phones every six months or so. They are always upgrading to the latest and greatest. Simply put, they love their phones!

How to recognize them: Head down, eyes on phone, oblivious to the world around them.

Which reminds me, in Hong Kong, there are some amusing and telling public announcements in the subway stations that say in English, “Don’t keep your eyes only on your mobile phone!” In Chinese, they say, “Qǐng bú yào zhǐ kàn shǒu jī!” (请不要只看手机！/請不要只看手機！) 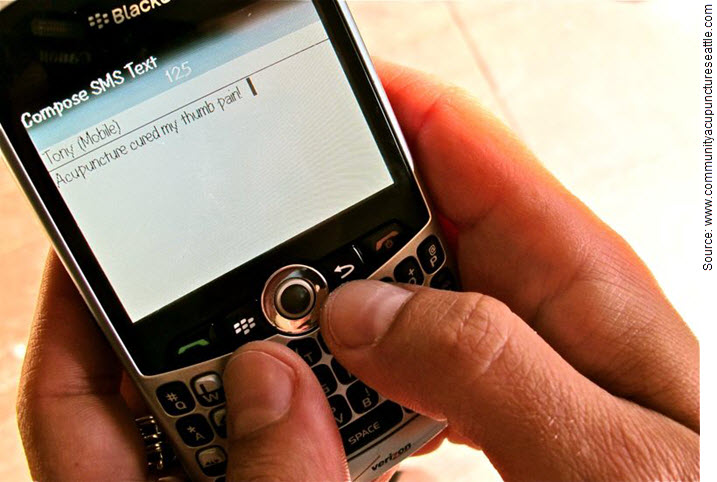 “Thumbies” are people who use their thumbs all day every day as they play, scroll, and text away on their phones and devices.

And they do so at their own risk! Not only for the type of accident that the “Qǐng bú yào zhǐ kàn shǒu jī!” announcement warns against, but also for this type of injury.

A phone addict in China that I know who sought treatment for his aching thumbs was hoping that a quick session or two of acupuncture or massage would take care of the problem.

Unfortunately, his doctor claims that the only way to cure the problem is to put down the phone. Easier said than done for these "thumbies"!

How to recognize them: Head down, eyes on phone or other device, fingers and thumbs furiously at work on the screen or buttons.

If you do a search on Baidu images for “拇指族,” you’ll find plenty of examples of what “thumbers” look like. 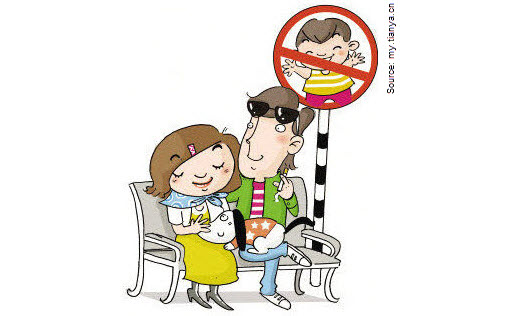 This is a transliteration of the acronym “DINK,” which stands for “dual-income, no kids.”  It describes the lifestyle of married couples that choose to have no kids but have two good salaries, so they have a lot of disposable income and time and can afford to live it up.

My theory on why it’s a bigger deal in China than it may be elsewhere is because the choice to not have children is hard for many Chinese people to swallow.

Young adults are expected to get married and have a child in China as a way to show respect for their parents and other elders. In a Confucian society, denying your parents a grandchild is seen as a selfish thing to do.

For generations and generations, Chinese people followed this idea to the point where major over-population occurred.

So it signifies a huge cultural shift that some people are choosing to ignore society’s expectations and not even have one child, even if they have the means to do so.

How to recognize them: They are the relaxed couple you see eating out at fancy restaurants, driving nice cars, living in an upscale apartment building, working out at the nice gym, and traveling to exotic places.

They believe deep down that when you judge them for not having kids, you are secretly jealous of them. 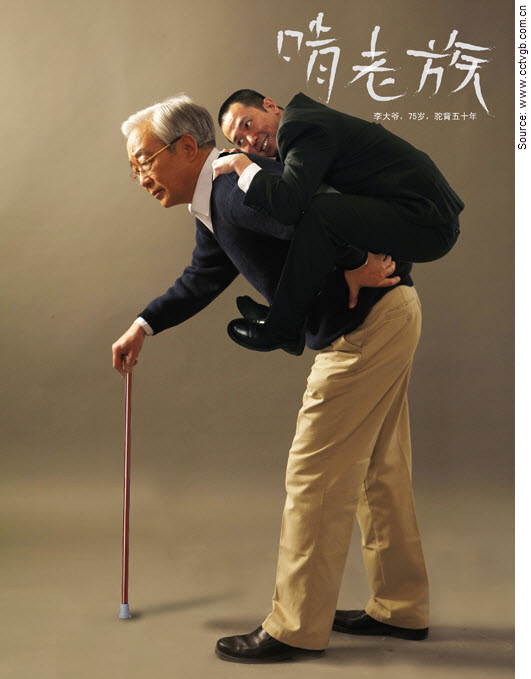 That’s the best I can come up with for a literal translation. A better word might be “slackers.”

This refers to people who depend on (or, better yet, “leech off of”) their parents well past the age when they ought to be supporting them.

Rather than being a good, filial kid by getting a job, earning money and supporting their parents, they instead stay for free in their parents’ home, eat their parents’ food, and generally take it easy while their ageing parents work hard or scrape by on a small pension or savings.

The description of “gnawing away on the old” is so gross and graphic because these slackers really are looked down upon in a Confucian society, where the older generation is to be taken care of by their adult children.

How to recognize them: They sleep in every day, eat their mama’s comfort food, and spend time online or playing with their expensive DLSR camera.

If it seems like they have a lot of free time on their hands, it’s because they do. 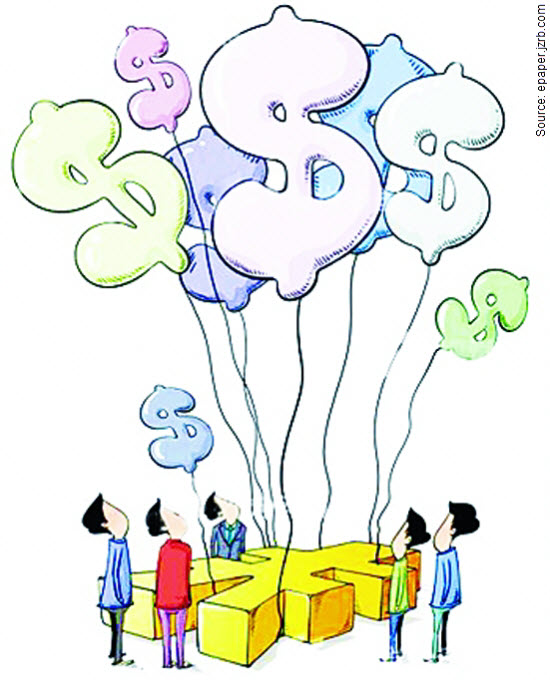 Again, not a great literal translation. Let me explain.

“Month” (yuè) here refers to the monthly paycheck, which is all spent up (guāng) by the end of the month. So essentially, “yuè guāng zú” are big spenders.

Living this way is also looked down upon in China, where people traditionally save most of what they make and live well within their means whenever possible.

This lifestyle of chasing trends and buying whatever makes them happy is mostly associated with younger people in China, usually those who were born in the 1990s, who are called the “post-90” (jiǔ líng hòu 九零后/九零後)

How to recognize them: If the amount of disposable income they seem to have is disproportionate to their salary, they are always wearing or carrying something new and trendy, and constantly have packages arriving for them from various online shops, then they might just be a yuè guāng zú member!

So there you have the first part of my list of various types of “zú.”

Next time I’ll follow up with some more favorites, including job-related, marriage-related and interest-related “zú.”  We’re just getting started! So stay tuned for more fun with labels and generalizations.

In the meantime, I have a question for you: Could this be a universal concept?  Are there similar suffixes in other languages you know that function more or less like the “ers” and “ies” in English and the “zú” in Chinese?

If so, please let us know in the comments section below!