The 3rd Tone: How to Pronounce It Like a Chinese Native

What’s the first word you ever learned in Chinese? Was it “nǐ hǎo”?

That was one of my first Chinese words, but I can’t say that I recommend it as the best starting point for learning Chinese.

Why? Because that word has made me feel like I was on the receiving end of a great conspiracy more than once.

I wrote about coming to the realization that Chinese people rarely actually say “nǐ hǎo” to each other in this blog post. That was a pretty rude awakening for me. But that wasn’t the first time I felt that “nǐ hǎo” had led me astray.

The "Falling-Rising" 3rd Tone is Wrong?

Back when I started learning Chinese, I was taught, as most of us are, that the 3rd tone has a “falling-rising” pitch. Unless there are two 3rd tones together, in which case the first 3rd tone syllable turns into the 2nd tone.

We practiced this together as a class with the word “nǐ hǎo,” making sure the end of “hǎo” rose up in pitch.

Later, when I went to China, something bothered me about how I spoke versus the way I heard other people speaking. It took a while, but I was eventually able to pinpoint the problem.

The end of my “shǎo” rose up in pitch, just as I was taught.

, there was no rise in pitch at the end of her “liǎng.”

It was just low. Huh.

As I listened more carefully to how people spoke, something became clear to me: the 3rd tone does not rise at the end. It’s simply a low tone. I couldn’t even hear it dipping down at first either.

Basically, people just go to the low part of their voice range to say that syllable, and then move on to the next. No rising involved. 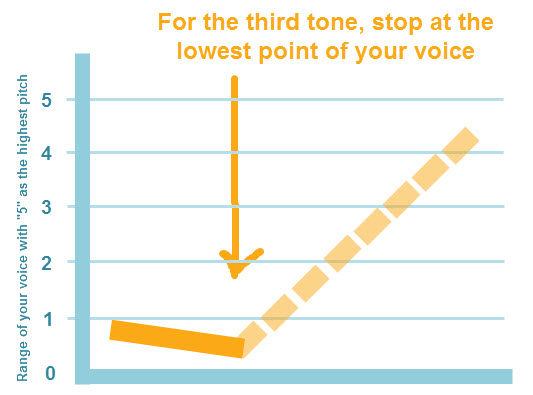 Tip: See Yoyo Chinese's free video-based pinyin chart, which includes audio demonstrations for all Mandarin sounds. In it, you'll notice that most of the third tones are demonstrated in the half-third tone method. Click here to explore the chart: link

Making Sense of the 3rd Tone

“Okay,” I thought, “so the books and teachers were wrong. 3rd tone never rises. I’ve been duped.”

Then one day I was at a shopping mall in Tianjin. There was a magician there that day doing a show for kids. I stopped to watch for a while.

After almost everything the performer said to his young audience, he would follow with a dramatic, “好不好 (hǎo bù hǎo)?" - Okay?

And the kids would reply with a resounding, “好 (hǎo)!”

I don’t remember anything about the magic show itself, but I will never forget how flabbergasted I was to hear those kids say “好 (hǎo)” with a great, big, incredibly obvious rise in pitch at the end.

The rise was so intense that it practically sounded more like a 2nd tone. I was perplexed.

So I re-opened the 3rd tone mystery file and eventually managed to put the pieces together.

I came to a few conclusions:

Years later, when I was learning how to teach Chinese as a second language, I had a couple of professors who recommended that both the “full 3rd tone” and the “half 3rd tone” be taught to beginner Chinese students, with the focus placed on the “half 3rd tone,” since that’s used most of the time in everyday speech.

When I first heard a professor say that, I practically jumped out of my seat and hollered out, “Amen!”

I could’ve been spared quite a bit of confusion if my early teachers and textbooks had included even a simple note on that. So I think it’s great that beginner students of Yoyo Chinese are introduced to the “low and flat” half 3rd tone in this lesson: 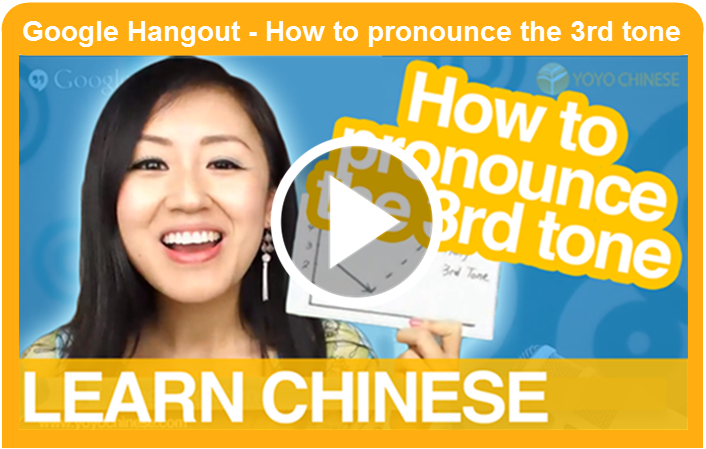 I think the biggest takeaway from my roundabout way of learning how to properly pronounce the 3rd tone is this:


Tones really only make sense in the context of regular speech.


So start practicing them in pairs, or even phrases, from early on in your Chinese training.

Of course it’s necessary to learn 3rd tone words as isolated syllables when first introduced at the very beginning. But then your practice should quickly change focus to recognizing and pronouncing the tones together in words, phrases, and sentences.

The Chinese teaching world is finally picking up on this and is starting to teach tones this way.

Here at Yoyo Chinese, when it comes to practicing tones, we’ve been urging our students to think outside the “isolated syllable” box for a while now.

Check out this lesson on tone pairs: 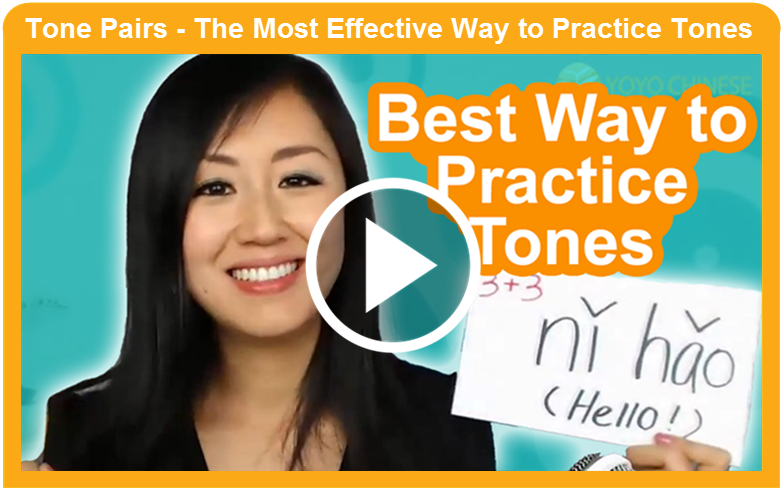 And don't forget to check out this blog post as well for more on tone pairs.

Plenty of study materials and teachers out there still continue to perpetuate the “falling-rising” 3rd tone myth. We get a lot of questions about this in the “Q&A” comments section of our pronunciation lessons from people who’ve only been taught the traditional, full 3rd tone.

If you’ve been on the receiving end of that conspiracy, you are definitely not alone. This should finally clear up any confusion for you!

-  The full 3rd tone is only pronounced in isolation.

-  The half 3rd tone (a low, flat pitch) is used in the context of everyday speech.

-  You must practice 3rd tone syllables in tone pairs to learn accurate pronunciation in context.

Do you have any questions about the 3rd tone or practicing tone pairs? We'd be more than happy to answer them for you in the comments below!