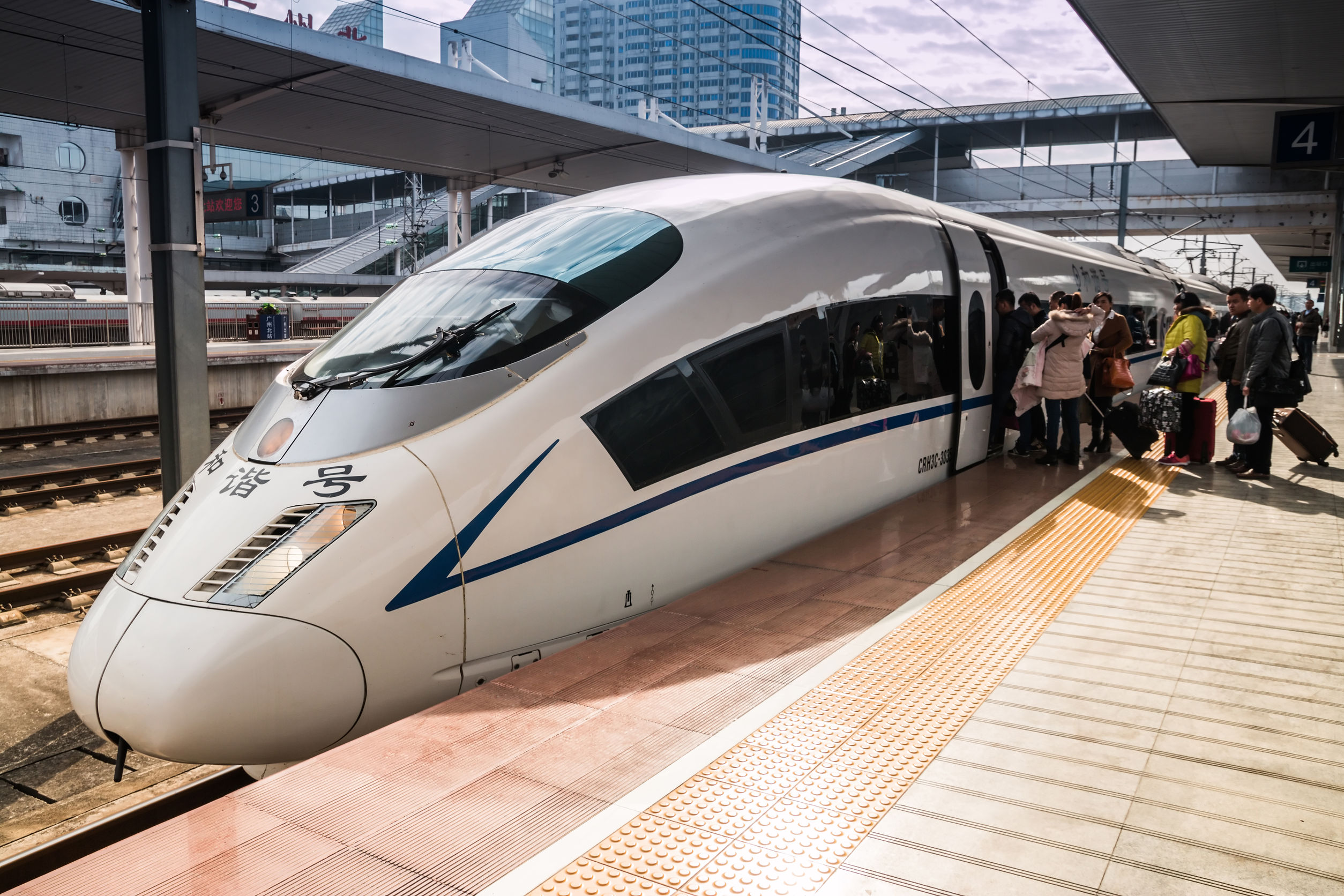 Buying Train Tickets in China – Chinese Phrases You Should Know

China recently celebrated National Day on October 1. It’s one of the major public holidays, and many people take advantage of the nice fall weather and the time off of work or school to travel. That means that trains all across the country were completely full of passengers for a week or so.

There are a lot of ways to get around China. Like anywhere else, there are domestic flights, long-distance bus routes, and even cars to rent.  But for most people, the train is the best way to get around the country. It’s safe, convenient, inexpensive, and, in my opinion, a lot of fun.

Your first train riding experience in China is always unforgettable. For most people, it’s both terrifying and thrilling at the same time, especially if you’re doing it on your own without a guide of some sort.

I’ll never forget my first time taking a train in China. It was 1997. I took an overnight train from Lanzhou (lán zhōu 兰州) to Xi’an (xī ān 西安).

It was the middle of summer, and there was no air conditioning. The open windows, which people were hanging out of in the more crowded cars, only provided a little bit of relief. The air smelled of spicy instant noodles. The crackling speakers occasionally played some patriotic sounding marching music, interspersed with announcements that were entirely unintelligible to me. 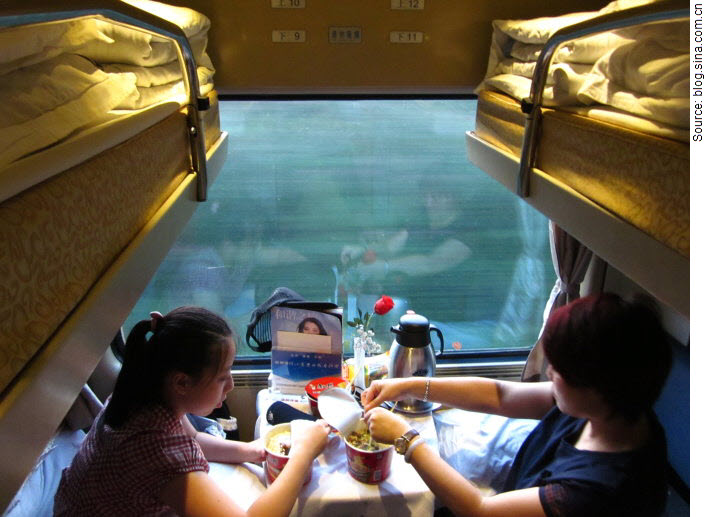 I was with some friends who spoke Chinese and had taken the train before, so I didn’t have much to worry about.  I was mostly just along for the ride, and was able to enjoy watching the dry, mountainous scenery of that area go by from the window, before crawling up into my bunk bed for a night of trying to ignore the snoring man in the bunk below me.

It wasn’t until a few years later, when I was able to understand and speak more Chinese, that I actually began taking trains on my own.

It turned out that the process of making my way to the station, getting on the train, and actually taking the ride was easy compared to the process of buying the tickets.

Buying train tickets in China can be a little stressful.  There is often much more demand than supply, and the ticketing system only allows for buying tickets up to a few weeks or so prior to departure date.  So around the busier times to travel, such as weekends and holidays, things get a little hectic. 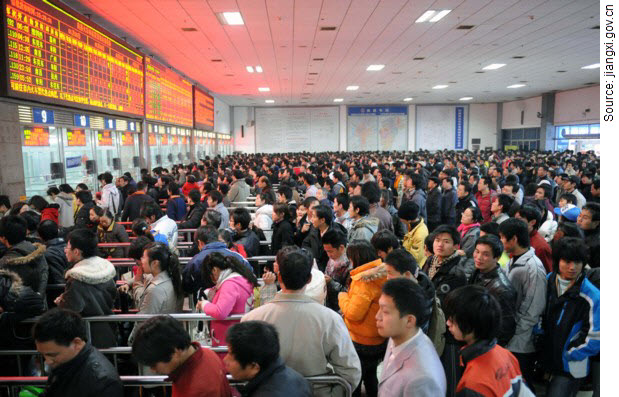 But the biggest challenge for foreigners when it comes to buying train tickets is the language issue.

Unless you ask/hire someone to purchase the tickets on your behalf, it’s best if you are able to use at least a little bit of Chinese no matter where you buy the tickets.

So you should try to anticipate what information the attendant will need to know in order to book and issue your ticket, and then be prepared to give that information in Chinese.

Don’t worry; it’s not too tough. It basically boils down to just five things:

Tip: Use Yoyo Chinese's free video-based pinyin chart to help you with the pinyin pronunciation of these words and phrases – link 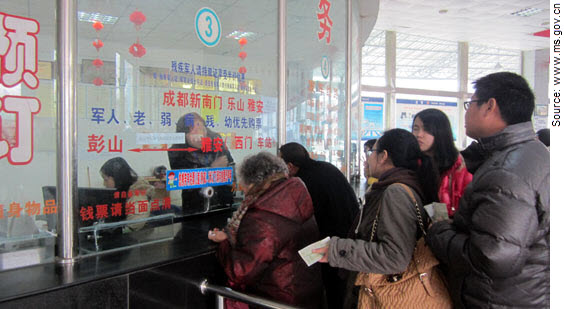 For some train routes, there are multiple trains leaving throughout the day.  Each one will have a different train number.

If you already know the train number of the route that you want to buy, then just quote that.

If you don’t know a train number, then you can give a time of day that you’re hoping to go:

Is there one that departs in the afternoon?”
yǒu méi yǒu xià wǔ kāi de?
有没有下午开的? 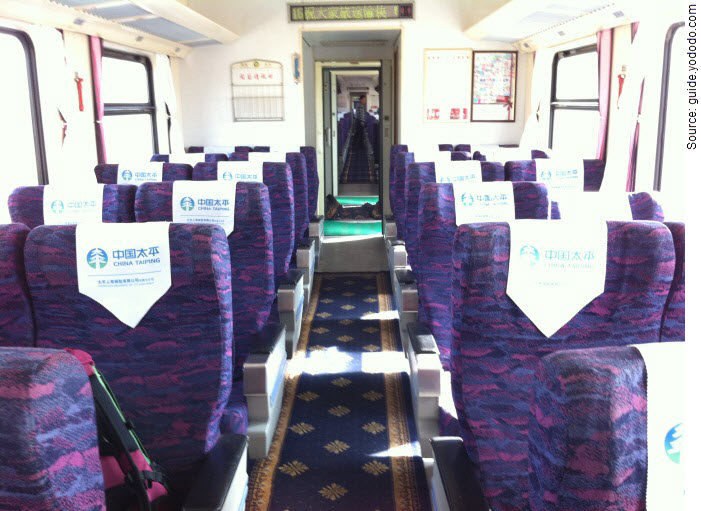 Depending on the train, there are different classes of seats and different types of bunks.

Here’s what you need to know:

If you don’t specify how many tickets you want, the ticket attendant may ask you:

The measure word for “ticket” is “zhāng.”  You’ll reply with a number followed by “zhāng.”

So there you have the basics.

There is a very detailed and incredibly helpful guide to taking the train in China on seat61.com.  If you’re planning to travel by train, I highly recommend that you read through it!

It also lists some alternatives to buying tickets by yourself, but where’s the fun in that?  Yes, it’s a little stressful, but successfully buying train tickets on your own gives you a great sense of accomplishment.

And the biggest reward is a boost in confidence, which comes in handy when you’re actually on the train.  There are plenty of chances to practice your Chinese on a train, especially on overnight trains, because there is often a sense of camaraderie among those whose seats or bunks are next to each other. 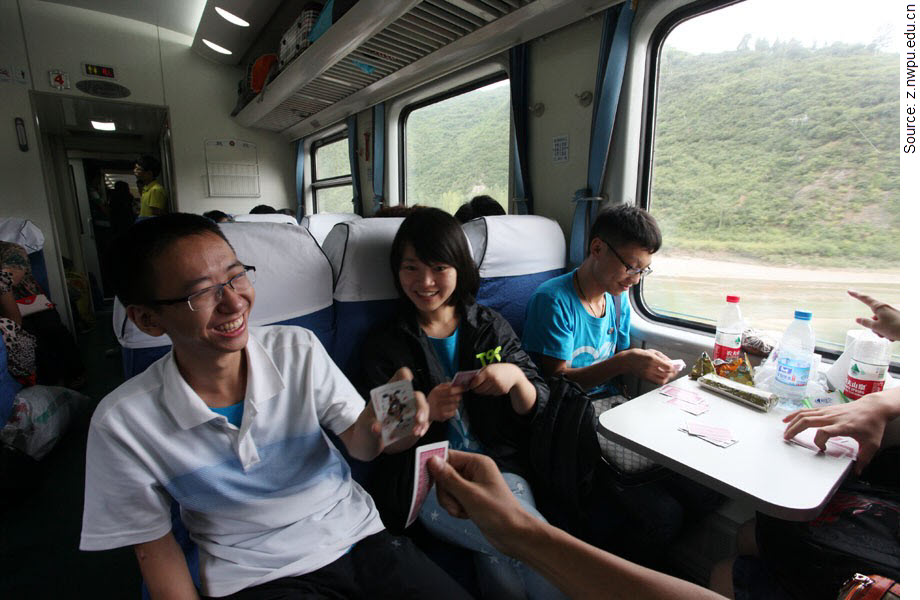 People end up sharing beer or tea with each other, and the standard train snacks (fruit, seeds, chicken feet, etc.) get passed around.

Many people pull out a deck of cards before the train even leaves the station, and play until late at night.  But even those who are traveling solo and at first seem to prefer to be left alone may approach you after a few hours and strike up a conversation.

You never know who you may end up chatting with.

Learn how to introduce yourself with Unit 4 in the Yoyo Chinese Beginner Conversational Course: 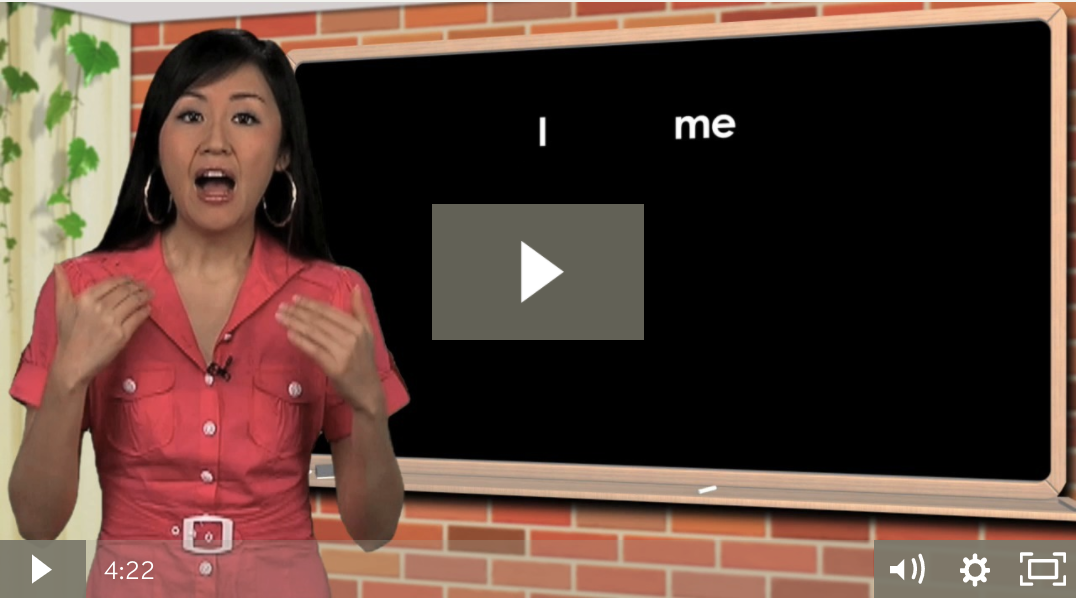 One time when I was on a long, slow train ride in Gansu (gān sù 甘肃) province, an older woman boarded at Tianshui (tiān shǔi 天水) and sat down next to me. Then she proceeded to predict my future by looking at my ears. That was a memorable experience!

Another time, on a train from Tianjin (tiān jīn 天津) to Qīngdao (qīng dǎo 青岛), a man asked me a lot of questions about myself. I wasn’t sure how much to share with him, but soon I learned his motives when he asked me if I’d be interested in marrying his son, who was a taxi driver somewhere in Shandong (shān dōng 山东) province.

Train travel in China has evolved quickly over the past decade or so. Many older, clunky trains have been replaced with very modern, super fast trains. Patriotic marching songs over the loudspeaker are rare; Kenny G is much more common.  Most trains are air-conditioned now, and the bathrooms have come a long way. 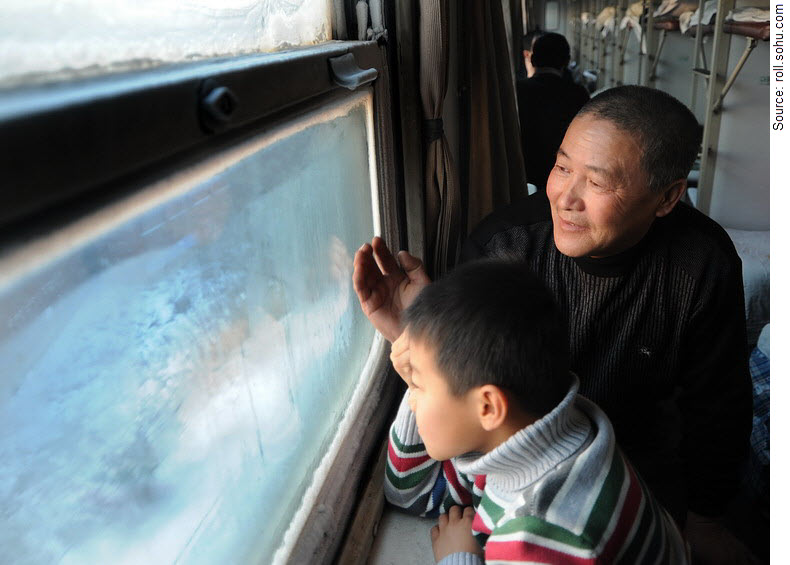 So in many ways it’s an even more enjoyable, and certainly more comfortable, way to travel than ever before.

But those elements that have always made train travel so much fun in China remain more or less the same. The chance to see rural scenery, the sense of camaraderie and the opportunity to have lengthy conversations with people from all walks of life are still part of the experience.

And, of course, the irreplaceable smell of instant noodles. I don’t know how many dozens of train rides I have taken over the years, but I still feel a little excited every time.

If you haven’t taken one before, I hope you get the chance to do so soon. And if possible, buy a ticket on your own! 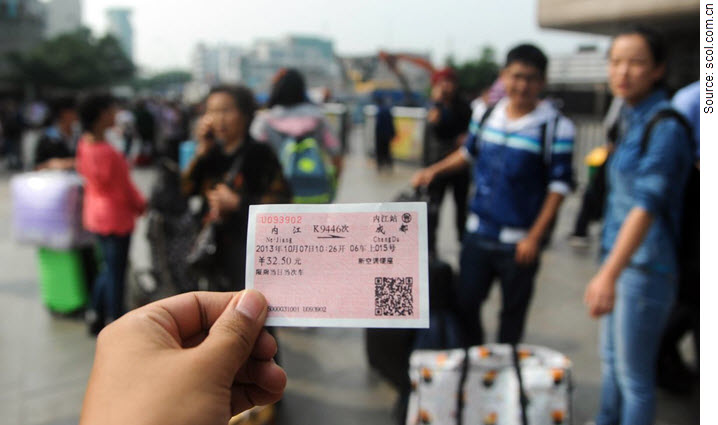 • To save time and confusion, do research ahead of time.  Have dates and train numbers ready beforehand, as well as alternatives too in case your first choice isn’t available.

• Don’t forget to take your passport and cash with you.

• Always check your tickets before leaving the counter to make sure they’re correct.

• If you can avoid buying your tickets at the actual train station, do!  Most cities have railway ticket offices around the city, which aren’t as hectic as train stations. But if you do go to the station, don’t waste time trying to use an automated machine. You can only use them if you have a Chinese I.D. card.

• Be aware that you might only be able to buy a one-way ticket.  Buying return tickets is not always possible.