I have never been one that was good with languages. Some people just have the ability to pick up any language easily, but that just isn’t me.

Not that I haven’t tried because I have.

After four years of Spanish in high school and two years of French in college, I can barely remember how to ask where the bathroom is in either language.


Sad, I know. So my hesitation with Mandarin was really because I didn’t want to waste my time on another language when, clearly, I didn’t have an affinity for languages.

Excitingly, I am having better success learning Mandarin than I did with those previous two languages, but I was definitely intimidated in the beginning.

Why Mandarin Intimidated Me

Naturally, I don’t get intimidated easily. I decide what I want to do, form a plan of action, and go full force towards my goal.


Are you seeing the pattern? I didn’t get bored with the language, I was intimidated by characters, tones, and how they all worked together,  And don’t get me started on pinyin.  What was pinyin anyway?  None of the methods I tried even addressed it.

Tones were frustrating because I could call someone either mom or horse and the tone determined it. What???


Wanting to learn Mandarin was not just to occupy my mind or fill in the time. Trust me, with five kids there is no free time or empty mind moments. My reason for learning is more personal, more family-focused.

Speaking to my daughter in her native tongue is the top reason for learning Mandarin. She lived for 14 years of her life in China with Mandarin as her first and only language until she can to America. To me, the importance of being able to communicate with her in her first language is undeniable.

You should have seen her face when I surprised her by asking her if she wanted coffee in Mandarin.  你要咖啡吗 (nǐ yào kā fēi ma)?

She was so excited that I had learned to say that.

(*TIP! Yoyo Chinese actually covers this expression in detail in this lesson in Level 1 of their Beginner Conversational Course, which is FREE, so you should really check it out!)


My second reason for learning is because she came to us with nine memory books that record her life until she met us. They are all in Mandarin. Our daughter can only read Mandarin on a first-grade level so our choices are that I pay a huge amount of money to have them translated or learn to read them myself.

Learning to read Mandarin will come later in the learning process but it will be so worth the process.

Why Mandarin is Actually Easy


I was browsing Facebook one day when I came across a post about the Yoyo Chinese Adoptive Family Scholarship Program.  Adoptive families could apply to learn Mandarin with the full Yoyo Chinese program for free if they were approved.

That was an amazing opportunity!  I had heard about how great Yoyo Chinese was but it was always out of our price range at the times I wanted to try it and with my luck, with languages, I didn’t want to spend any money on it, to be honest.

But this was a risk-free situation so I decided to go for it. I am so glad I did.

I discovered that my problems with learning Mandarin were not the language but the methods.


I have finished Level 1 of the Yoyo Chinese Beginner Conversational Course and feel tremendously more confident than I did with any other method I tried.

I never thought I would say this but Mandarin is actually EASY!  I look forward to my lessons and practicing what I have learned with my daughter.
Don’t Wait

If I had any advice about learning Mandarin, I would say, don’t wait.

Don’t wait to get started.

It is a long process but anything worth doing is going to take time and effort but Yoyo Chinese has made it a wonderful process that I can’t wait to go back to the next day.


Bonding with my daughter through this has been amazing and one day, when I go back to China, I will be able to communicate with the locals. How great will that be???

It’s easier than you think so what are you waiting for? Level 1 is FREE, so you have nothing to lose. Start here with Lesson 1: 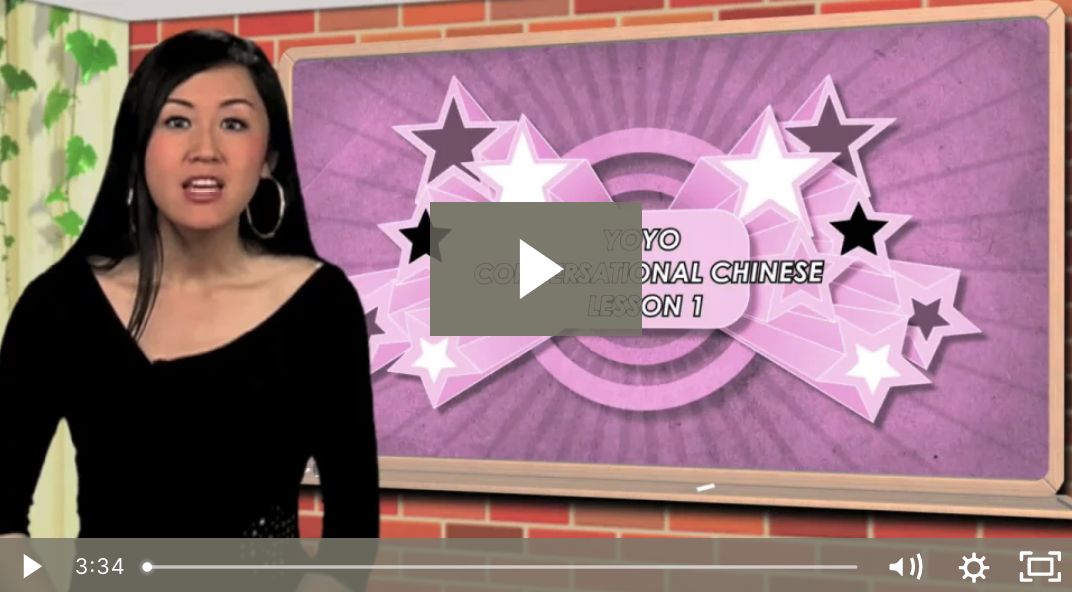