The climate in America is very similar to that of China since they are just on opposite sides of the globe. Summer weather in both countries is generally pleasantly warm in the very North, hot in the Middle, and scorching in the South.

But unlike Americans in the summertime, Chinese people don't keep the air conditioning on 24/7, wear as few clothes as personal morals allow, or drink a steady stream of ice-cold beverages.

Our Chinese counterparts have some unique and, in some cases, age-old methods for dealing with all that summer dishes out. 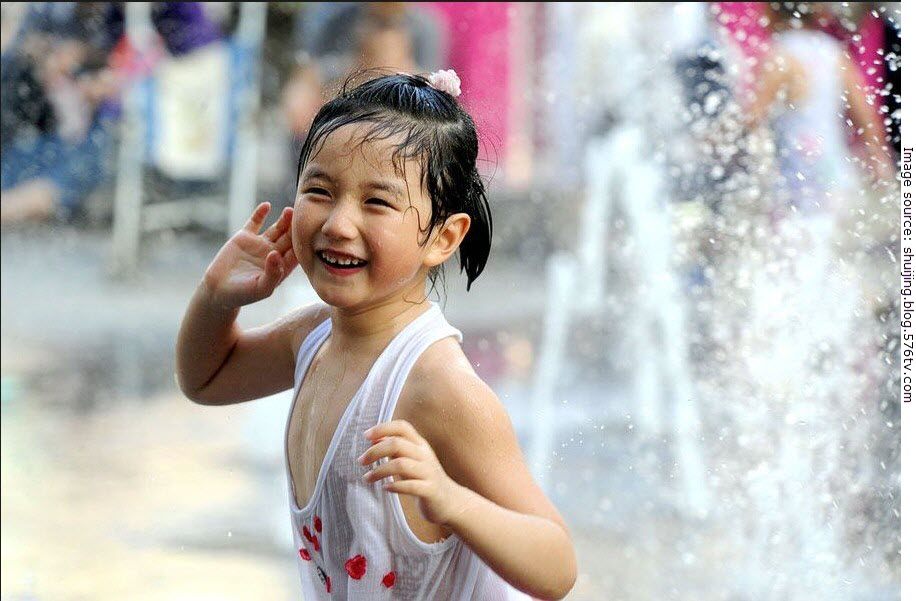 Keeping cool in China during the summer is a challenge.

Traditional Chinese medicine dictates that cool air is harmful to the body. So electric fans and air conditioners are a big no-no.

Plus, fans and A/C are still viewed as economic wants and not needs.

My in-laws have an air conditioner which they only turn on during the hottest days of the year. And only when all 12 of us are visiting.

So how do people stay cool in China? Here are some of their favorite ways: 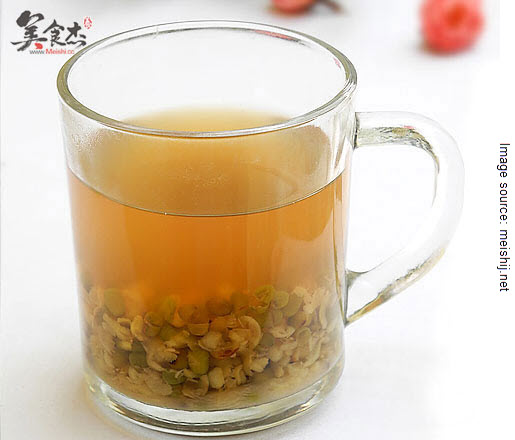 warm as a way to stay cool in China's hot summers.

These aren't the green beans your Aunt Mable cooks for Thanksgiving dinner casserole, but rather mung beans, which are tiny and round.

To make juice, you boil them in water along with rock sugar. Once it's done, you strain it and drink the juice hot or cool (save the beans for later so as not to waste them).


See also: 5 Other Weird Chinese Dishes to Avoid (or Enjoy)

While it sounds counterintuitive to drink hot beverages during summer, it's a traditional method used to keep your body from overheating. The hot beverage signals your body to cool down. 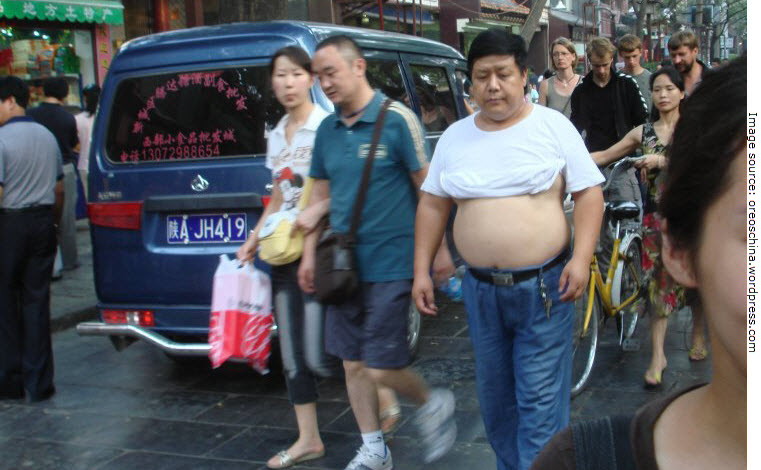 I only recently found out that there's a name among the expat community for this strange phenomenon. The Beijing bra happens when men roll up their shirts, exposing their bellies, to cool off while still wearing their shirt.

From what I was told, this method of keeping cool in China during the summer became popular leading up to the 2008 Beijing Olympics. Authorities started enforcing the policy that men must wear shirts in public around that time. Rolling the shirt halfway up their bodies allowed them to stay cool while still complying with the law.

Don't let the name fool you though. It's not limited to Beijing. Guys all over the country do this during summer in China.

Most families have air conditioners. But to avoid the expense of running them, they still like to cover their beds with large mats that are made from bamboo pieces or thin reeds.

They can be heavy and a pain to move around, but they do work.

Note to those with long hair: careful not to get it caught between the bamboo pieces!

Less common but still used by some are pillows made from small stones.

Similar to bed covers, Chinese people also use such covers on their sofas, desk chairs, and in their cars.

Watermelons in China aren't like the monstrous ovals from my childhood that would last two or three days depending on my family's appetite. Chinese watermelons are smaller and more round.

My family of four can polish off one per day during summer in China, no problem.

It's not uncommon to see people eating an entire half of a watermelon with a spoon, as seen in the below photo: 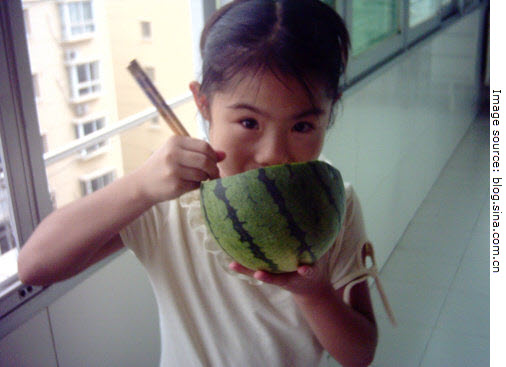 Du dous are only worn by kids during China's summers. In its most basic form, a dù dōu is a square piece of cloth that is turned a quarter of a turn with strings at the top and middle. Then it is tied loosely around the child's neck and waist. This is a piece of clothing that a 奶奶 (nǎi nai, grandmother)

would put together quickly for her grandchild. 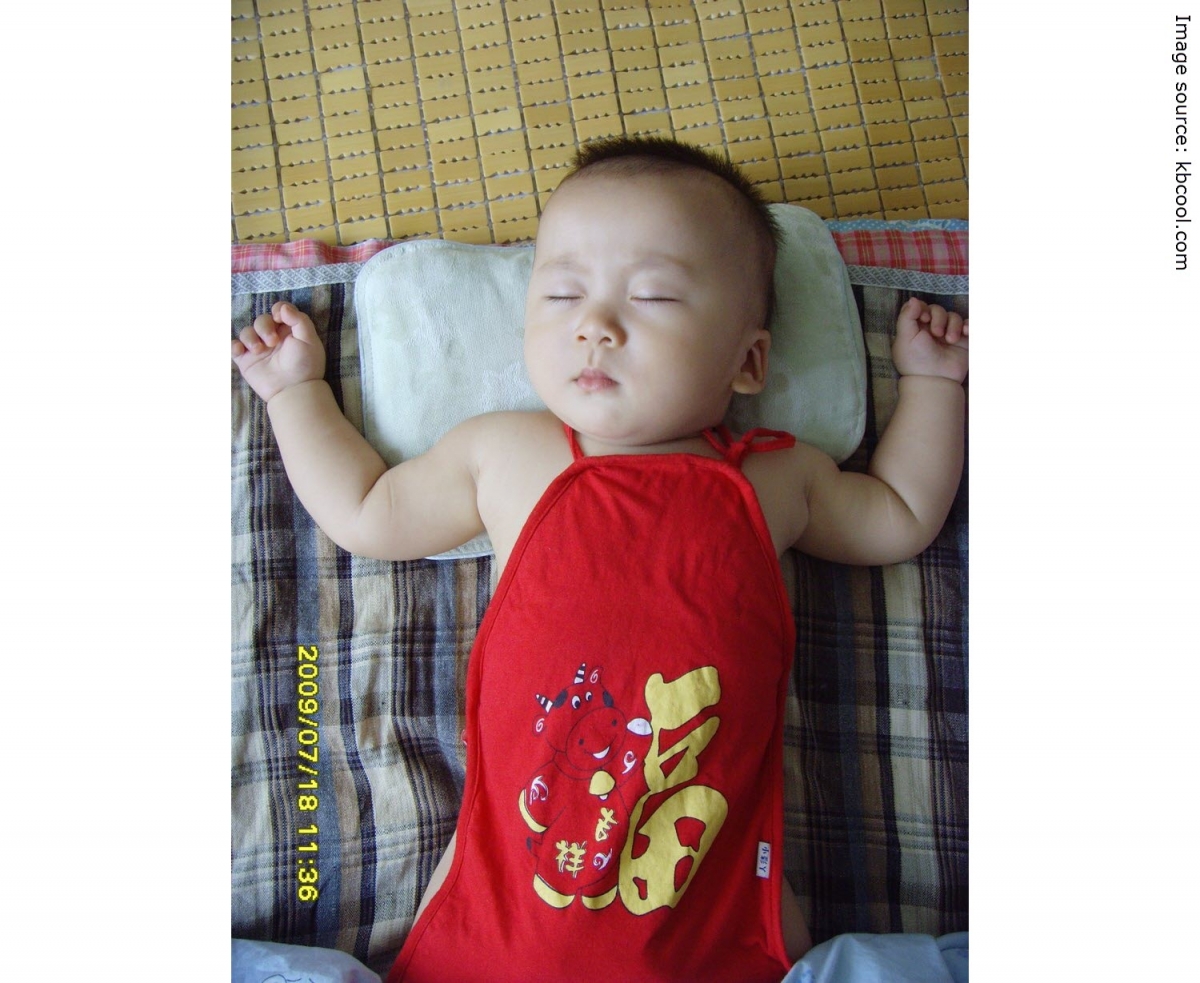 Fancier, more elaborate versions can be bought in stores or online.

Babies and young toddlers wear this while playing or while sleeping (though they wouldn't wear the same one for both!) to stay cool without having to turn on the fan or air conditioner. Which is usually a big no-no when kids are around.

Staying Out of the Sun

Summer in America means wearing as little as possible to get a nice even tan. But in China, it means covering up so as not to become darker, or "晒黑 (shài hēi)"

Interestingly though, sunscreen is not readily available in stores. I've only found it in tiny one-ounce bottles at the Avon store. (Yes, store. There are no neighborhood Avon ladies in China).

Chinese women go to great lengths to maintain a light-skinned appearance. Even if it means sacrificing personal comfort on a scorching-hot day.

Jackets come in every shade of the rainbow and are usually made of nylon or lightweight knit cotton. They're the perfect way to add some variety and style to a woman's color-protecting efforts.

Another recent trend, though I'm sure it's here to stay, is specially-designed leg covers and gloves for electric bicycle riders. Legs and hands are kept cool and out of the sun as these e-bikers cruise around. 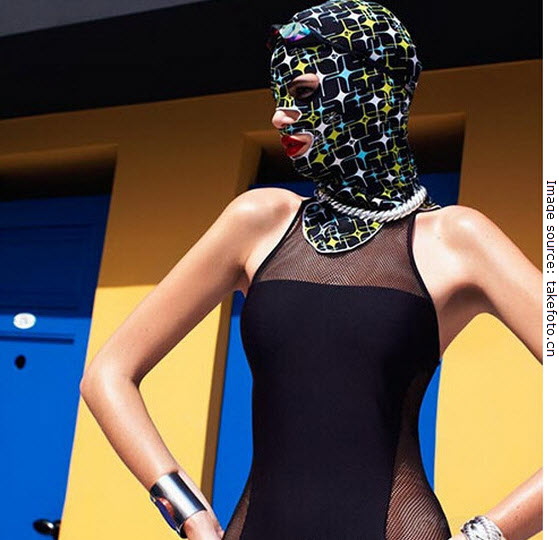 This accessory, sometimes known as a "Facekini", is a new take on the traditional face mask, but prettier. It's both a face mask and a cover up so your decolletage doesn't get tan when you're out for a swim in the heat of the summer.

Wearing gloves and sleeves to protect hands and arms

Along with the face masks, there are long gloves or sleeves that you can wear to protect your arms. They're made from a lightweight cotton or lace so they don't make you too hot. 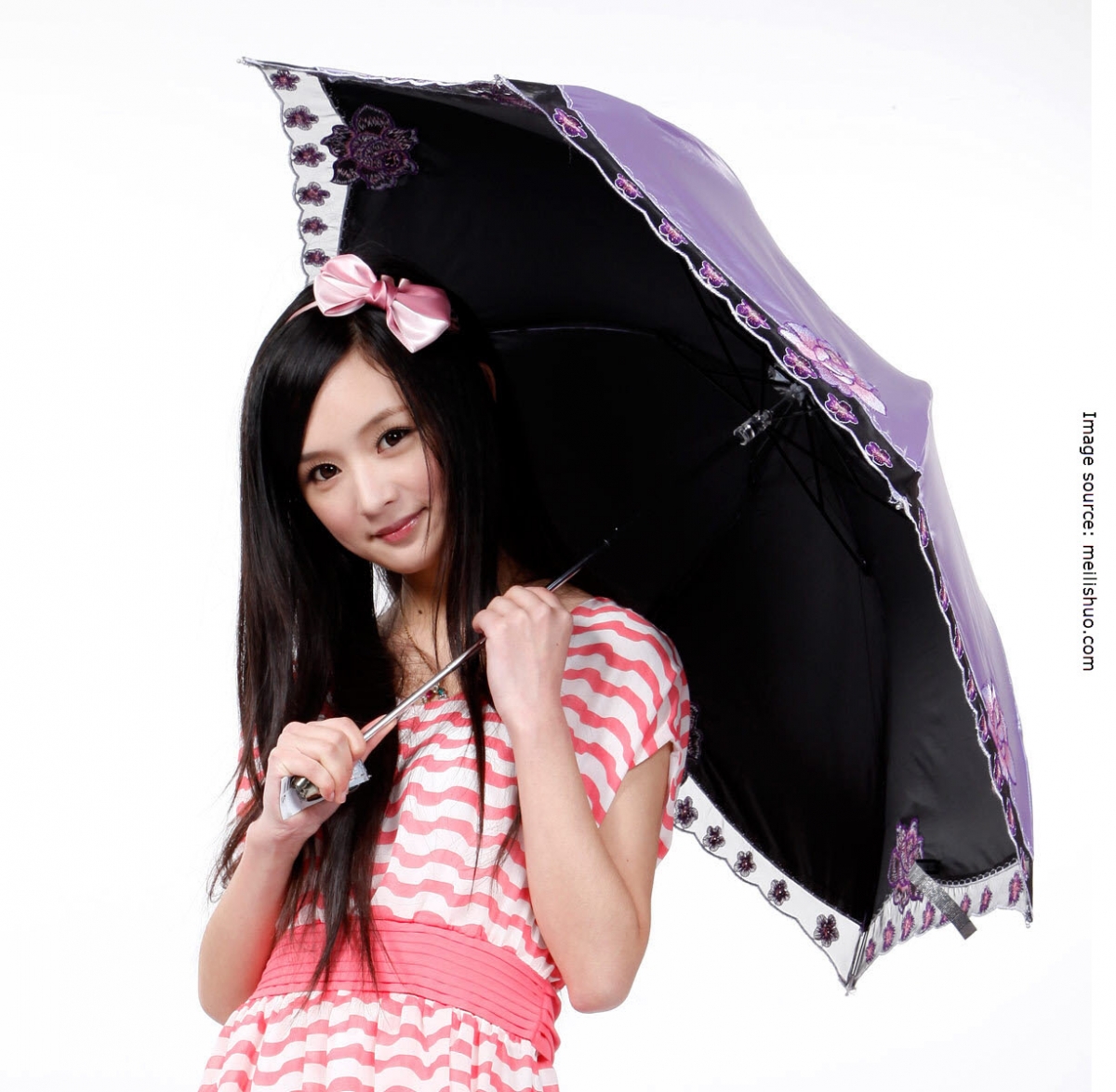 When I first came to China I had just one umbrella. I used it on the rare rainy day but never found a use for it at any other time.

. Frequently adorned with lace and ribbons, these are used in the summer to provide personal shade wherever you go.

While growing up, my parents always kept citronella candles burning on particularly bad summer evenings and sprayed us with repellant whenever necessary.

In China they go a few steps further by...

You can smell 蚊香 (wén xiāng)

from five floors away in a building, making you want to keep away too. But they do their job and keep mosquitoes far away from the home.

This makes it possible to enter without one or two dozen flying in behind you.

My in-laws have more than a dozen large fans made from dried leaves from their hometown. Despite being a few decades old, they've held up quite well and are the perfect size for fanning yourself at home or on a walk.

Besides these, you can see a wide variety of fans outside as people go about their daily life. You can see people using fans to shield their heads when the sun's especially strong and they don't have an umbrella.

Putting mesh tents on their beds

From about the May Labor Day holiday to October's National Day, we have mosquito nets on our beds at home.

These come in a variety of styles. Ones made of flexible metal are easiest to put up, but the kind that you set up like an old-school camping tent are the easiest to wash after summer's over.

To be honest, if my husband didn't insist on them, I wouldn't use them.


The mosquitoes apparently don't like Western food very much, as evidenced by the very few bites I get each year.


Have you been to China in the summer? What strange and new-to-you things have you seen?