Living in China for Six Years: The Best and the Worst

Last month, after six years of wacky and wild experiences, I finally left China to return to the US.

The “Why I’m Leaving China” essay is something of an expat cliche at this point, but that’s not really what this is about.

Today I’m going to talk about some of the most interesting, crazy, fun and dispiriting things I saw and experienced in my time in the PRC.

(a seriously underutilized tourist mountain in Zhejiang province) with some friends visiting from the States.

The owner’s wife was a Guangdong native, and owing to that the 白酒 was a weird concoction made partly of snake blood. not unlike what you see here: 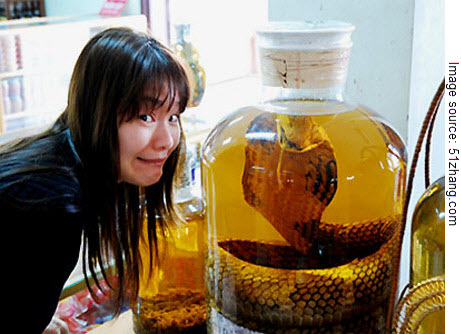 We were lured into the dining room by a motley crew of Mainland sailors who wanted to test their drinking mettle against some Westerners. Why sailors were at a hotel 8 hours from the coast is...another story.

Playing music for diverse crowds, and connecting with people who had never really experienced live music.

I played live music gigs in a weird and wide variety of places in China, and what was most fun was playing for people who were seeing their first live show ever.

It reminded me of why I started playing music back in high school and gave me hope for the future of music and all-around underground stuff in China. 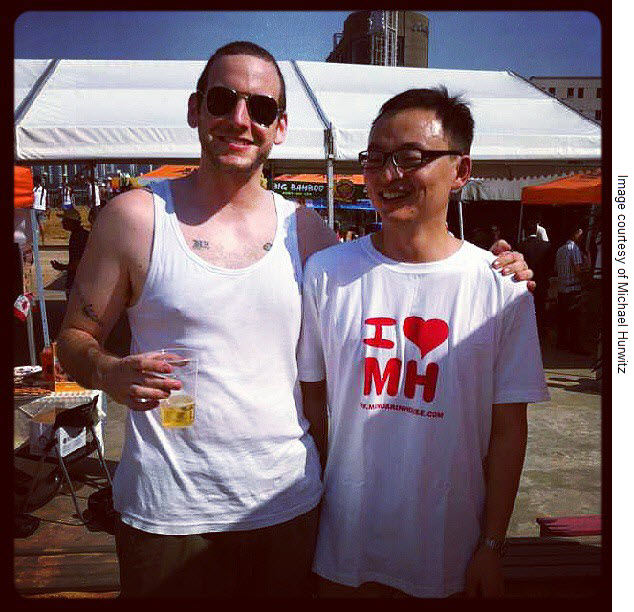 China gets a bad rap when it comes to air quality and such, but that makes nice days all that much more amazing.

I was fortunate enough to have an apartment with a great view of the famous fully tree-lined street that's steeped in interesting history.

These days definitely number among my favorite Shanghai moments. 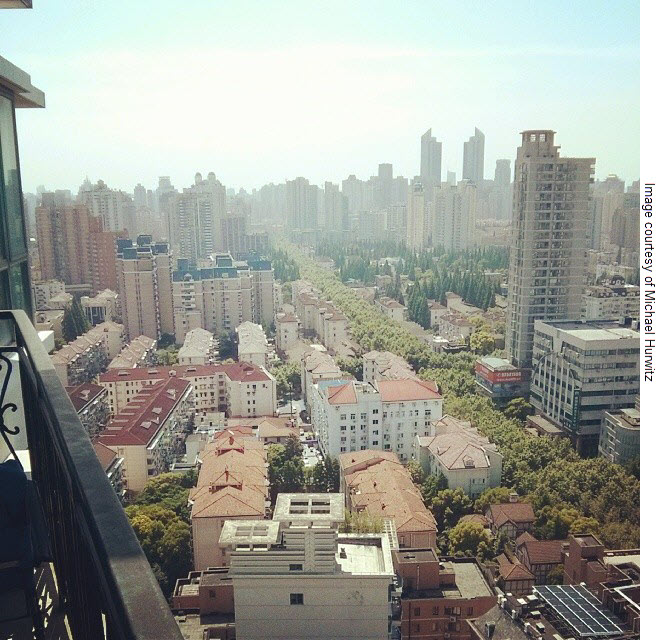 The bizarre phenomenon of Chinese “versions” of people.

What I mean is, every so often you’d stumble upon people that were the Sino-fied doppelgangers of celebrities or people I knew.

Some of the most memorable characters were:

But nothing will ever compare to the Chinese Sisqo (of “Thong Song” fame) pictured below: 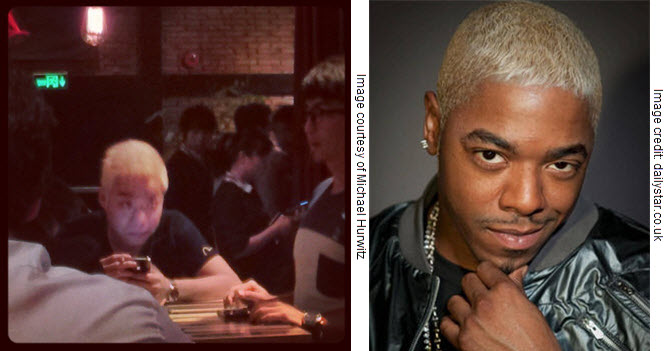 The general disregard for the rights of animals was something I never quite got over.

For instance: a few months back I was jogging through an area with some construction sites. A construction worker energetically tried to sell me a turtle he had in a bucket with a string tied around it.

Public opinion is beginning to change, fortunately, and the next generation might have a much healthier opinion of animals.

This is partly thanks to effective public service announcements featuring Chinese superstars like Yao Ming:

The over-the-top materialism that characterizes life in China’s bigger cities.

I understood this intellectually, but could never really empathize. Prices for things and money as a status symbol are ubiquitous conversation topics to the point that there’s not much self-awareness or shame in it.

While this is, of course, the case to some extent in the West, modern Chinese materialism is an entirely different beast.

I know that the market economy and being able to buy things is relatively new, but if I see one more 富二代 (fù èr dài, the second generation of entrepreneurs who struck it rich)

with a Ferrari he/she doesn’t even know how to drive...

The food EVERY SINGLE DAY.

This is an obvious one. But Chinese food in China is so much better than American versions, it’s not even funny.

Of course there were nice restaurants with great food and ambiance. But what really sets China apart culinarily is the availability of cheap, ubiquitous and delicious 家常菜 (jiā cháng cài)

A place down the street from my old apartment made unbelievable 宫保鸡丁 (gōng bǎo jī dīng, Kung Pao Chicken)

for like $3 each that I can still taste to this day. 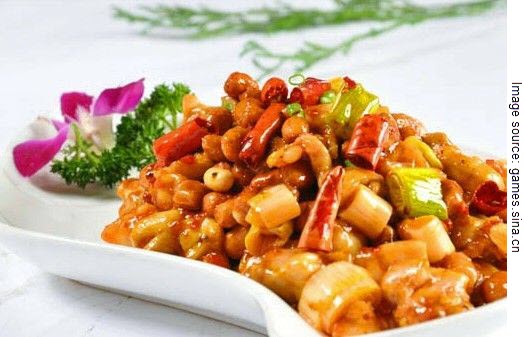 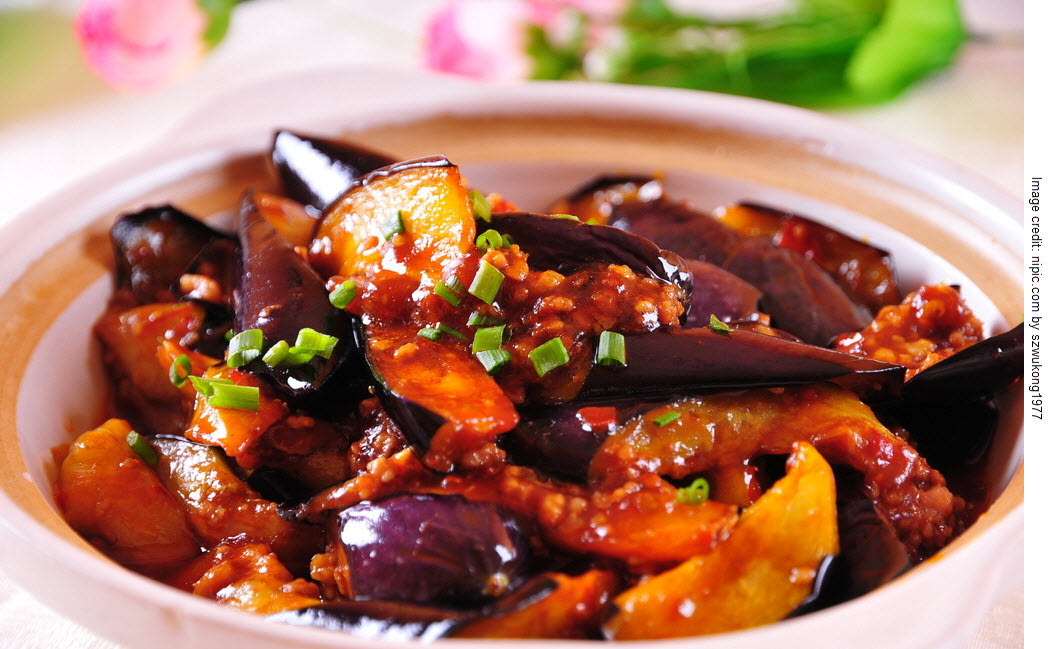 General laid back attitude toward rules and regulations.

It’s a bit hard to explain for people who haven’t been there, but China has a culturally lax way of looking at rules.

Just because a rule exists doesn’t mean it matters.

One time I was traveling and the only nearby hotel was not equipped to house foreigners (there is a strict and formal registration process for this). But with few other options, I bought a case of beer at a nearby store and brought it back as a “gift” for the owner.

He promptly offered me a room - off the books, of course.

Getting used to this laid-back attitude became a problem after I returned to the US, as I keep assuming I can just kind of get around low-level rules like I did in China.

The totally ridiculous generosity of people (once you get to know them).

Mainlanders can come off as being rude in public, but they tend to make up for it with amazing feats of generosity for friends, family, and acquaintances.

I spent a month this past spring on a farm in Sichuan province, and went on a trip with the farm’s owner in which we stayed at his friend’s mom’s house.

This woman, whose relationship with me was just so ridiculously tangential, nonetheless fed me an enormous, amazing meal, furnished me with a big room and as much beer as I could drink (a lot, as it turns out…). She did all of this because I was sort of working for her daughter’s friend.

The general unpredictability and energy in the air.

Whatever eventually happens to China’s economy and society, everyone will fondly remember the amazing sense of energy and possibility that the 1980’s-2010’s brought.

A growing economy and rapidly changing society meant that I was constantly re-energized by the people and places around me.

Street vendors trying to rip you off all the time.

Especially as a big, hairy white dude in China, this gets old and it gets old fast.

Pro tip: strong and authentic-sounding Mandarin will go a long way toward helping you avoid this!

This is everyone’s complaint about China to be sure. But it’s still something I’m thankful I don’t have to deal with here in the US (as much, at least).

I’m more than happy to have the pernicious form of malpracticed English, known as Chinglish, in my rearview mirror.

For now at least.

My very last day in China I called someone who didn’t answer, and the recorded voice said, “The subscriber cannot answer temporally”. Whatever the heck that means.

How Has Living in China Changed Me?

Deadlines, one way parking lots, soda refill limits and the like. It’s very easy, in China, to get used to lax rule enforcement but much harder to re-acclimate to the opposite.

Personally, I think the West could deal with a small dose of rule-breaking from time to time, and I like to think I’m just doing my part to make that happen!

I can put myself in other people's shoes a whole lot better.

Overall, spending most of my 20’s in a wildly different culture has helped me to understand other points of view. Something I’ve only really realized since I left China.


"It’s easy to forget how people around the world have it VERY differently than we do. And just reading about it doesn’t really help you internalize it."


Actually, I think I sort of went too far in the other direction and adapted a bit too much to the Chinese way of looking at things.

But that’s the risk you take when you spend substantial time as an expat in China!

I’m really happy I got to share some of the best and worst parts of my China experience with you all!

I’d love to hear your thoughts or experiences, so let me know in the comments below.