Blog / What Does Losing Face Mean? The Importance of Face in Chinese Culture

If you have spent any time around Chinese culture, you have come across the idea of “losing face", or diū liǎn (丢脸).

Like many Westerners, I thought I understood what “face” meant before I went to China.

But it was only after a few painful experiences that I finally grasped how the fear of losing face underlies every social interaction for most Chinese people.

Navigate Chinese society and avoid embarrassing yourself and others by learning:

You’ll also understand the importance of face for Chinese job seekers, for forming solid friendships, and for managing family relationships. 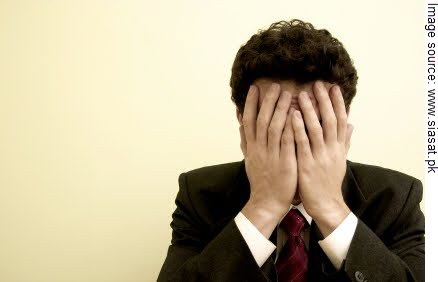 Here’s a personal example: A local youth group invited a few English teachers to participate in a series of games to celebrate the end of the term.  Everyone in the activity was split into different groups. There was a team made up of teenage students, a team of foreign English teachers, a parents team, and a team of Chinese teachers.

Everything started out lighthearted. And each team took turns winning at a variety of relay races.

But during one event, everything quickly changed.

One of the last races required the teams to use chopsticks to carry a ping-pong ball across the finish line. Players had to switch the ball from player to player, but they were not allowed to touch or drop the ball.

The other teams laughed at the idea of us foreigners even having a chance to win at the event.

We decided we would focus and show just how good our chopstick skills were. 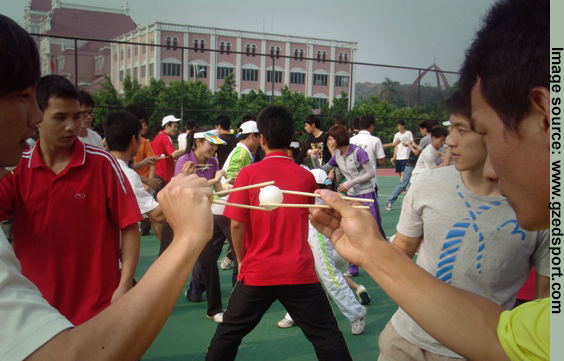 The race began and our team quickly went into the lead. After the first two switches, we knew that our team of foreigners was going to win by a long distance.

Soon, all the good-natured laughter had stopped.

The other teams weren't even cheering anymore.

Unfortunately, we didn’t notice the lack of excitement until after we crossed the finish line.

The other teams vied for second place in awkward silence.

After the race, some of the students congratulated us. But none of the parents or Chinese teachers would even look in our direction.

A student finally told us that we had caused the adults to lose face by not just winning, but also by defeating them by such a large margin.

I asked why it mattered, as we had won a different competition before.

The student explained that we weren’t supposed to be good at using chopsticks, because that was a Chinese skill.

What Does Losing Face Mean?

Losing face in Chinese culture is about more than being embarrassed.

In Chinese culture, you spend your entire life trying to build your social prestige and reputation, while also trying to avoid causing anyone else to lose theirs.

You gain face less by individual achievement and more by promoting social harmony and by being seen as helpful. Face is closely tied to relationships, or guān xi (关系).

When you lose face it means your ability to function as part of the social order has been damaged. You have lost influence and injured your reputation.

Western vs. Eastern Notions of Face

Westerners, especially Americans, grow up with the idea that life and business are zero-sum competitions: some win and most lose. Most Asian cultures are built on more of a Confucian notion of social harmony and strict hierarchy.

Chinese game shows and sporting events often go to what seem like extreme efforts to avoid having losers, or to keep the losers from feeling shamed or embarrassed.

When our team of foreigners won by such a large margin, we disrupted social harmony in the worst way.

We showed up the teachers and parents in front of their students and children. Their reputations as the source of Chinese cultural value was tarnished because we beat them at a particularly Chinese contest of skill.

After embarrassing our hosts, we were never invited back to any extra curricular activities with our students.

Where Does Losing Face Come From? 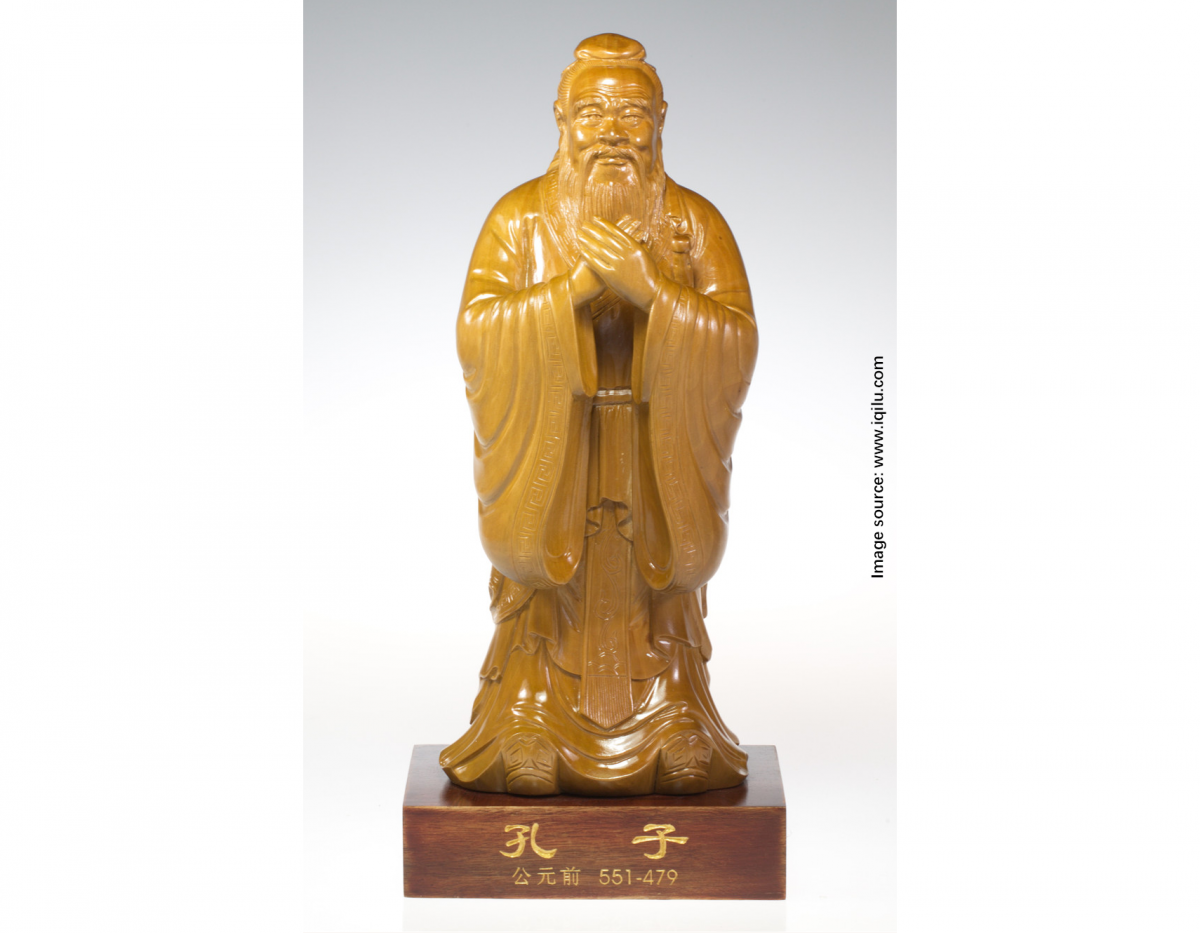 The modern concept that ties face to the idea of honor and reputation is clearly related to ideas of Confucianism, but it is impossible to find the exact origin of the concept of face in Chinese culture.

Whatever the source, there is no doubt that complicated efforts to save face are part of every Chinese relationship, from business to politics, from friendships to families.

Westerners can easily misinterpret the idea of face as Chinese people simply being too sensitive or thin skinned.

But in reality, face is a complicated part of good manners in China. Failure to understand face may result in awkward situations and burned bridges. 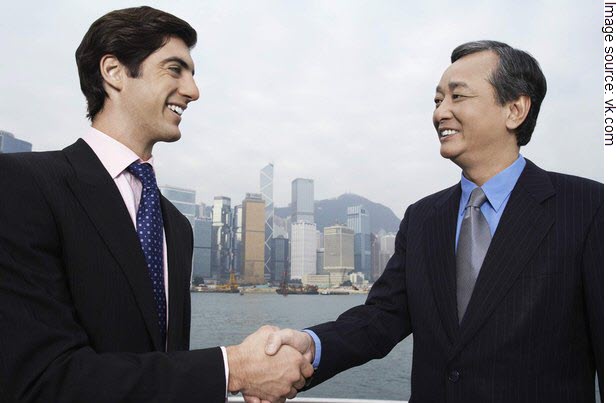 The untrained observer might miss the importance of face in different social situations.

When Chinese job seekers are interviewed for a position, employers will not tell them at the interview that they did not get the job. This would cause the employee to lose face.

Job seekers are also eager to show employers that they will be valuable assets, but not valuable enough to replace their bosses.

Humility is one of the key factors in getting a job for a Chinese employer.

Foreigners will have more friends and have better luck in business if they learn to show humility in public and to allow others to save face in awkward situations and business deals.

If you can change your focus from winning to preserving harmony, it is much easier to get along in China.

Remember, your goal should be to be as helpful to as many people as possible. Status in China is less about self-aggrandizement and more about your relationships with others.

If you can be gracious and humble in China, all kinds of doors will be open to you, even as a foreigner.

The next year I lived in a different city and was invited to a similar event.

I was placed on a team of foreigners once again, and there was another chopstick relay race. Only this time we were carrying hard-boiled eggs.

I was less interested in winning and more concerned with preserving relationships this time around.

When it was my turn to carry the egg in the relay, I had a chance to pass the professor who was in the lead. I noticed that the students were not moving as fast as they could. I followed suit and came in just behind the professor.

After the race, everyone was laughing and smiling.

We didn’t win the race, but instead we had done something more important; we had shown we understood the rules of face.

Have you ever been in a similar situation? I’d like to hear about it. Let me know in the comments.

Living in China for Six Years: The Best and the Worst 10 Popular Chinese Idioms Also Used in English