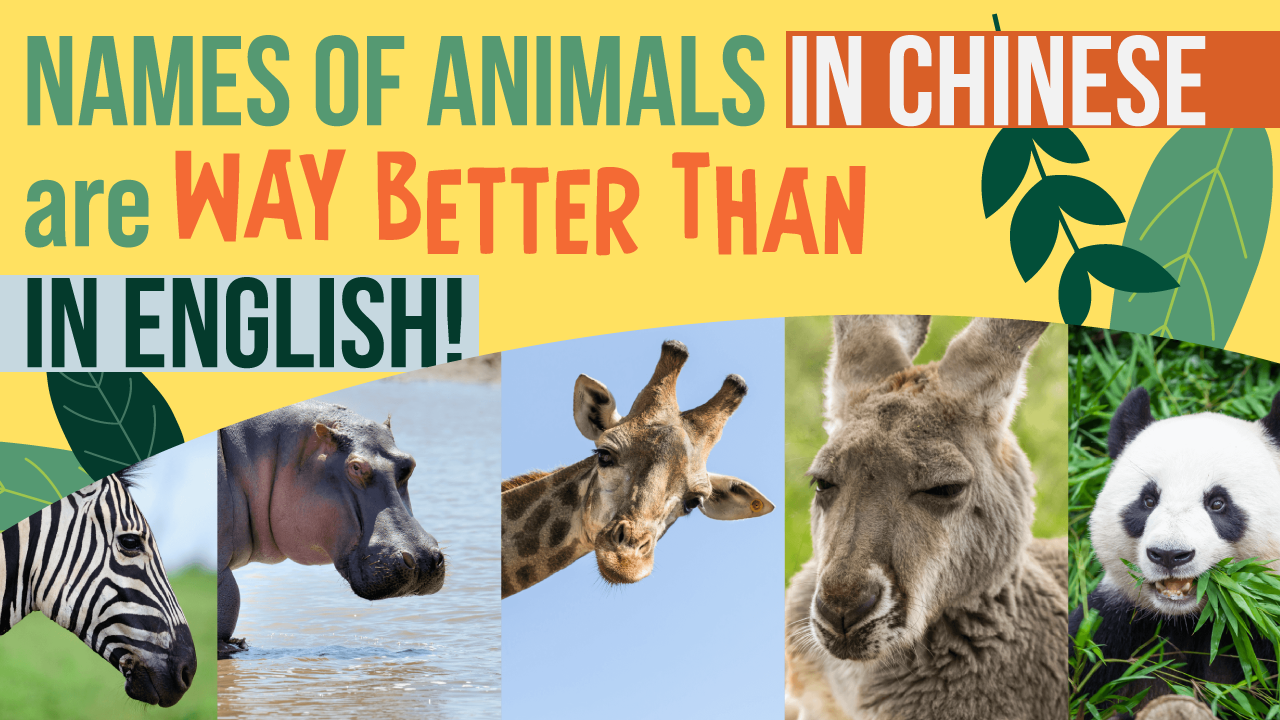 Names of Animals in Chinese are WAY Better Than in English!

Those poor, poor people trying to learn animal names in English when it’s not their native language…Chinese learners are LUCKY compared to them! Because while English seems to have no rhyme or reason to how the names of animals are chosen, Chinese animal names are very logical and sometimes DOWNRIGHT HILARIOUS!

*Chinese Learning Note: When you're trying to memorize new words, the more ridiculous and funny your mnemonic is, the easier it will be to remember the word. Thankfully, many Chinese animal names have ridiculous mental images built-in!

For example, let's say you’re just learning to speak English and someone starts talking about a "zebra." Being the first time you've heard of this animal, for all you know it could be some ratty rodent or ruthless reptile! But in Chinese, when you hear 斑马 (bān mǎ)

means horse, so you immediately know what they’re talking about, even though you've never heard that word before!

So without further ado, let’s learn some of the best animal names Chinese has to offer! 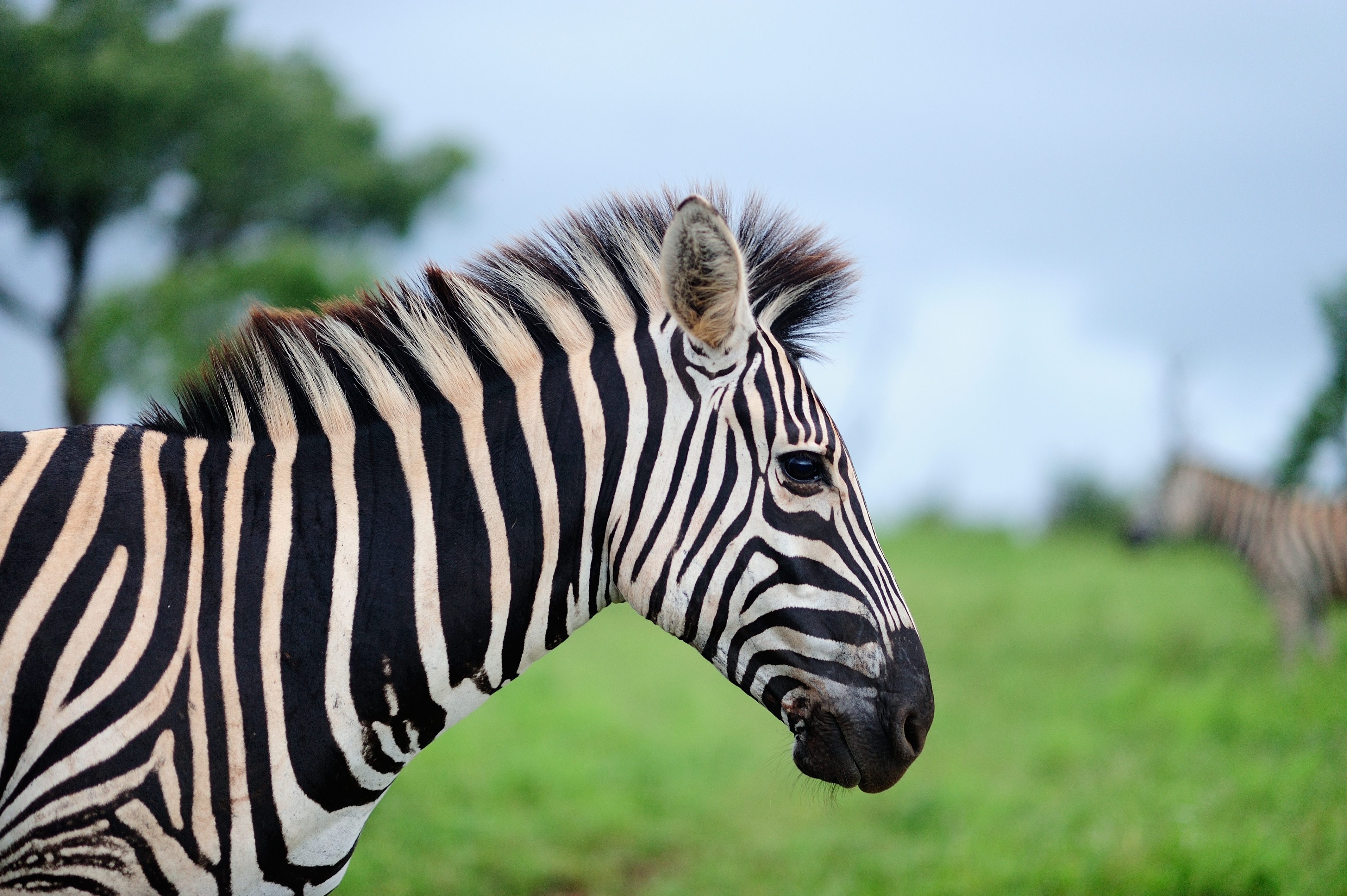 In case you missed it in the intro, the Chinese word for zebra is 斑马 (bān mǎ)

, which literally means “striped horse.” Doesn’t get more obvious than that! 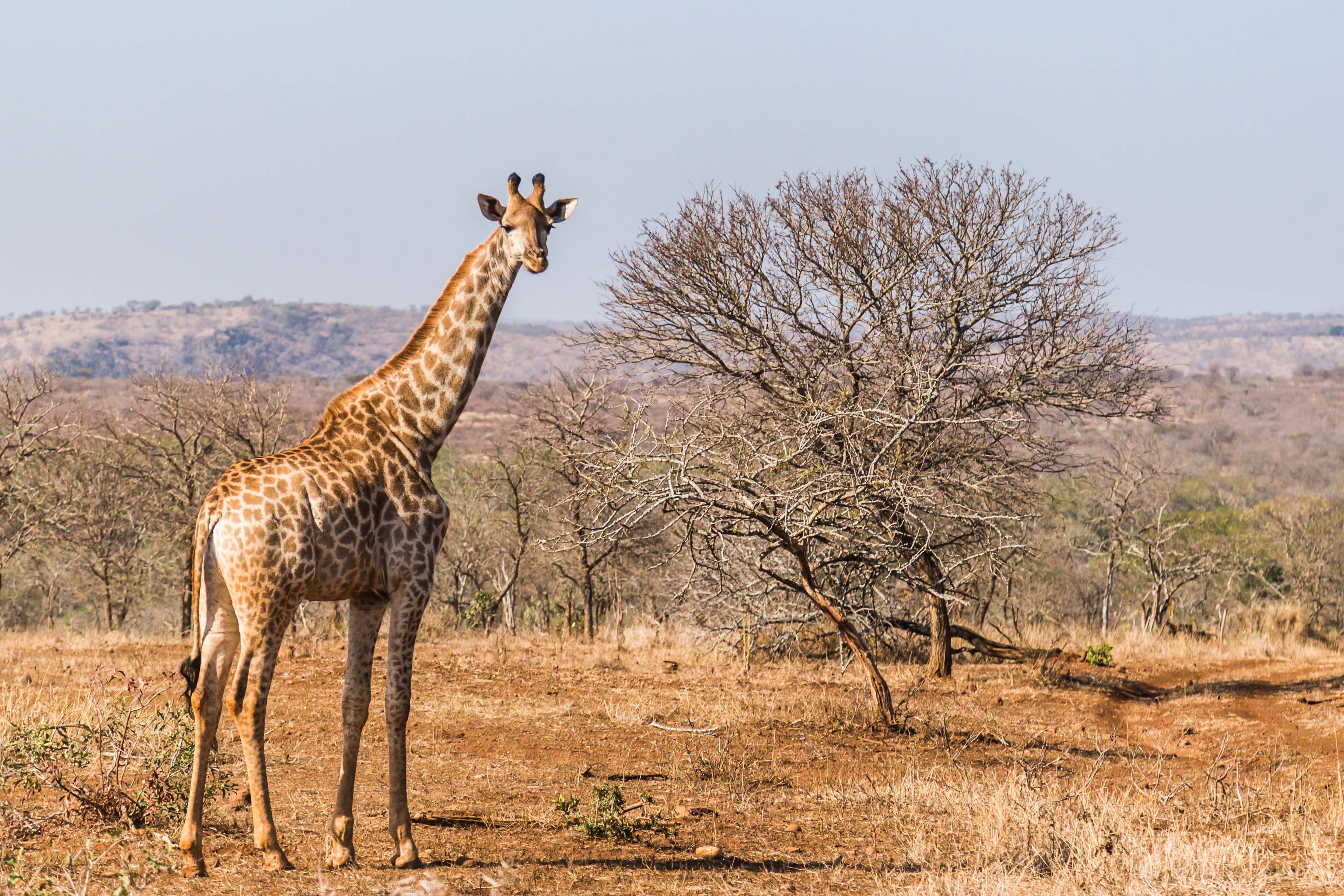 Good thing they weren’t fully descriptive in their nomenclature, otherwise the giraffe would have ended up as 长颈长腿班鹿 (cháng jǐng cháng tuǐ bān lù)

- the spotted deer with a long neck and long legs! And yes, 斑 (bān)

means both “striped” and “spotted.” We didn’t say everything in Chinese is intuitive! 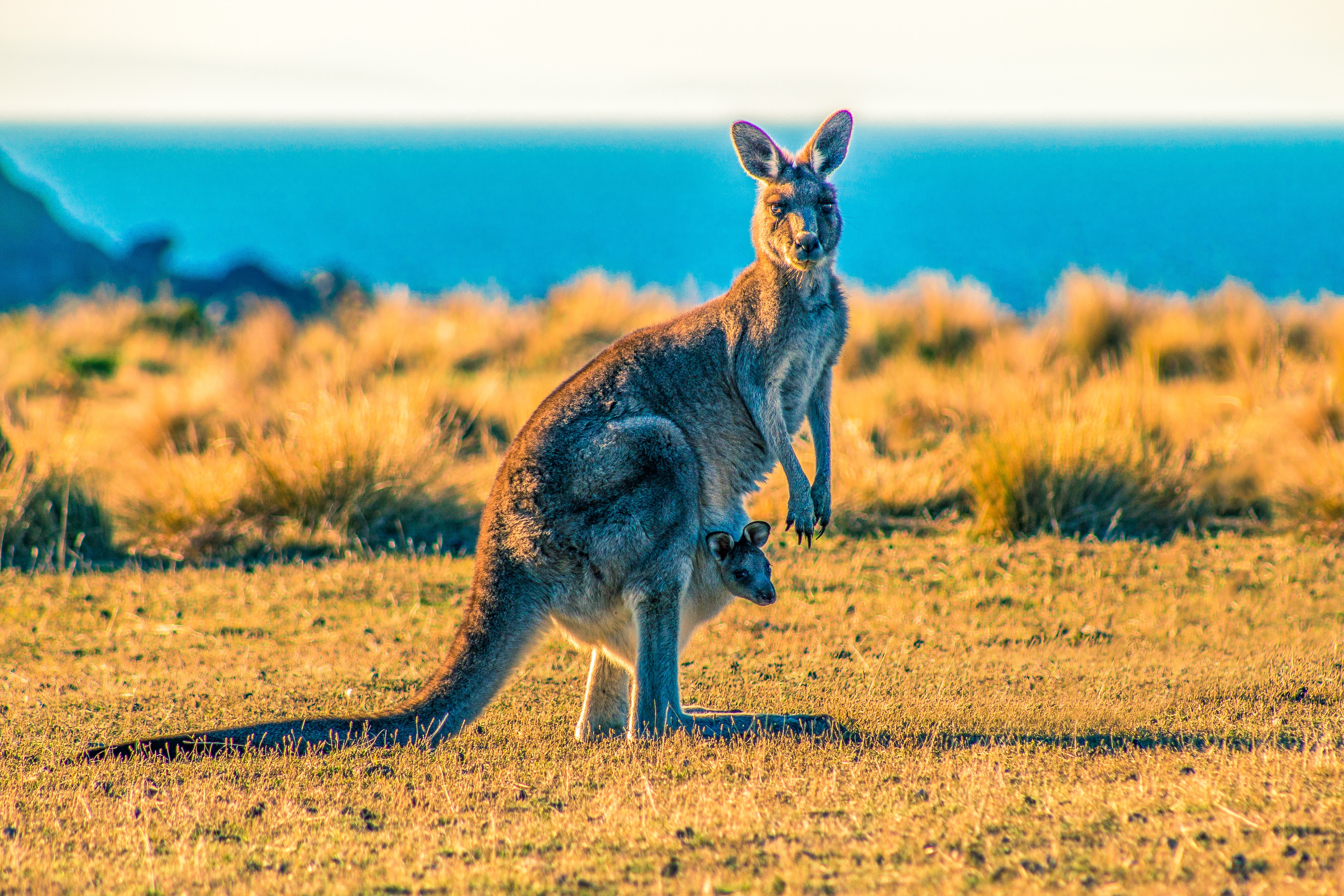 They must have had some GINORMOUS rats in China at the time for the namer to see a kangaroo and think of a rat! At least it provides an easy-to-remember name for our marsupial friends! 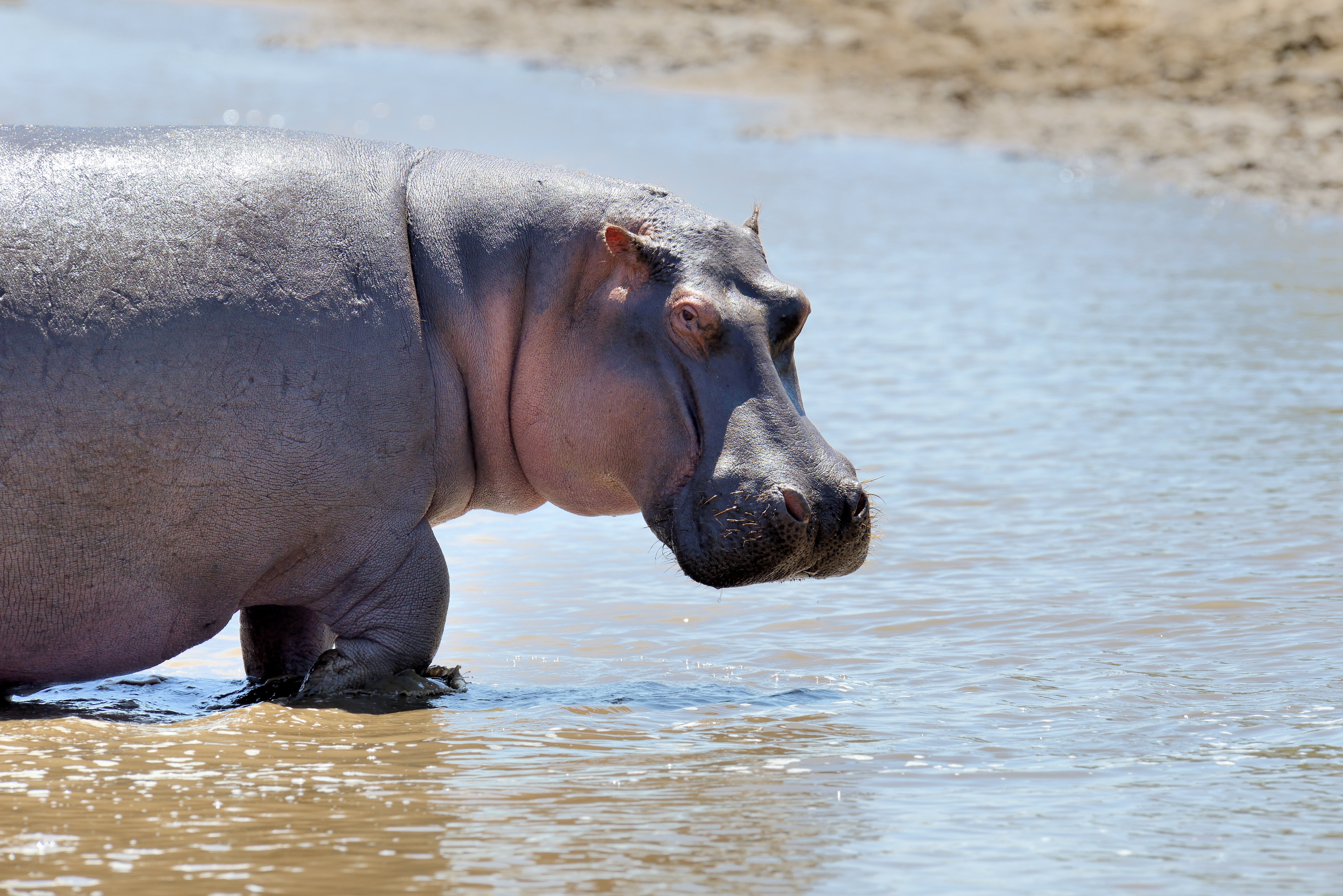 "Hippopotamus" is a great example of how the true meanings of many words in English are lost to its speakers, but not so for Chinese.

The majority of English speakers are unaware of the meanings hidden within the words they use since the meanings are buried in languages they are unfamiliar with. For example, the English word "hippopotamus" actually comes from Greek, where "hippos" means "horse" and "potamus" means "river." So it literally means "horse of the river," which would be new news to most English speakers.

In contrast, Chinese words are just built from characters with meanings that have remained greatly unchanged for thousands of years; so Chinese speakers are fully aware of the true meanings contained within most of the words they use. The Chinese name for hippopotamus - 河马 (hé mǎ)

meaning "horse." But unlike most English speakers, Chinese speakers can tell you the meaning of the parts this word is built from.

The real question remains, why did they choose 马 (mǎ) 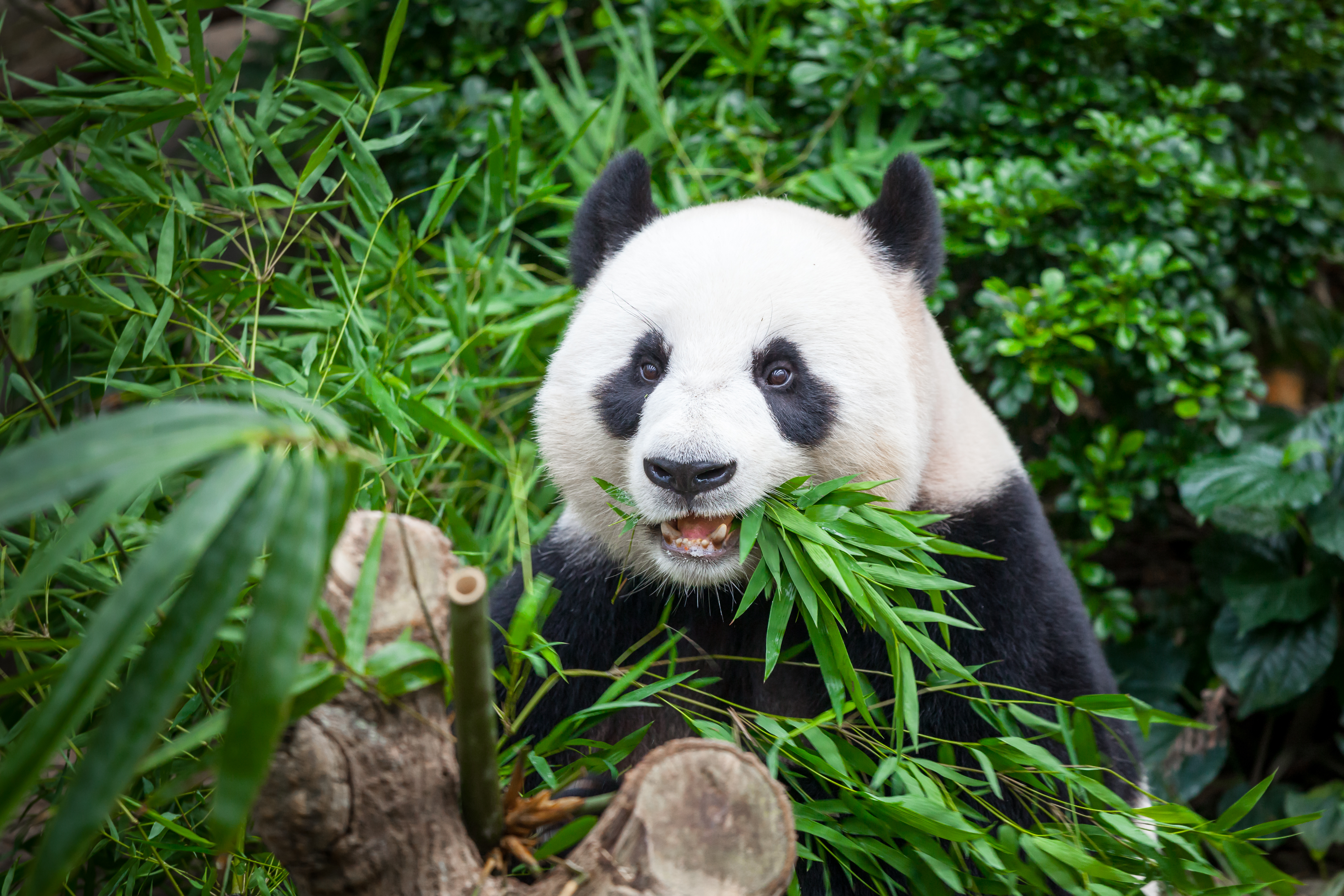 - cats; but it makes for great meme material! 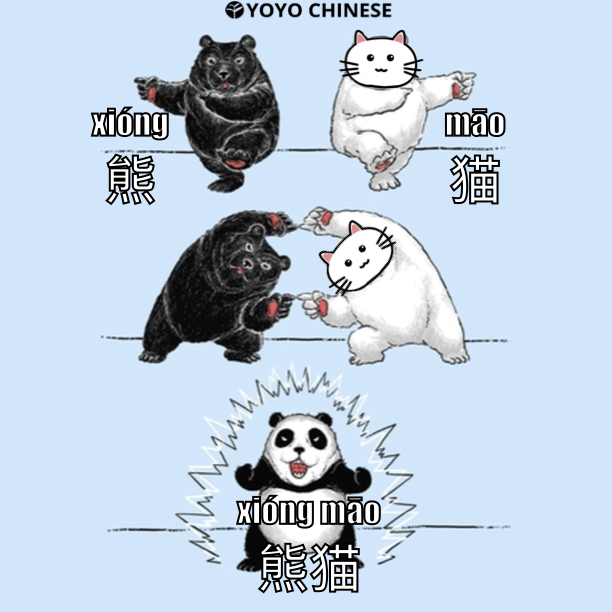 *Fun Fact: Originally the Chinese name for pandas was actually 猫熊 (māo xióng). However, back in the 1950s China was transitioning from reading and writing in the traditional way (right-to-left) to the modern way (left-to-right). So when pandas were featured in an exhibit of a museum in Sichuan, the signage they used was meant to be read right-to-left. But when the journalists came to see and report on the exhibit, they read it left-to-right & ended up reversing it. This reversed name, 熊猫 (xióng māo), was then published in modern journals and it has stuck ever since! 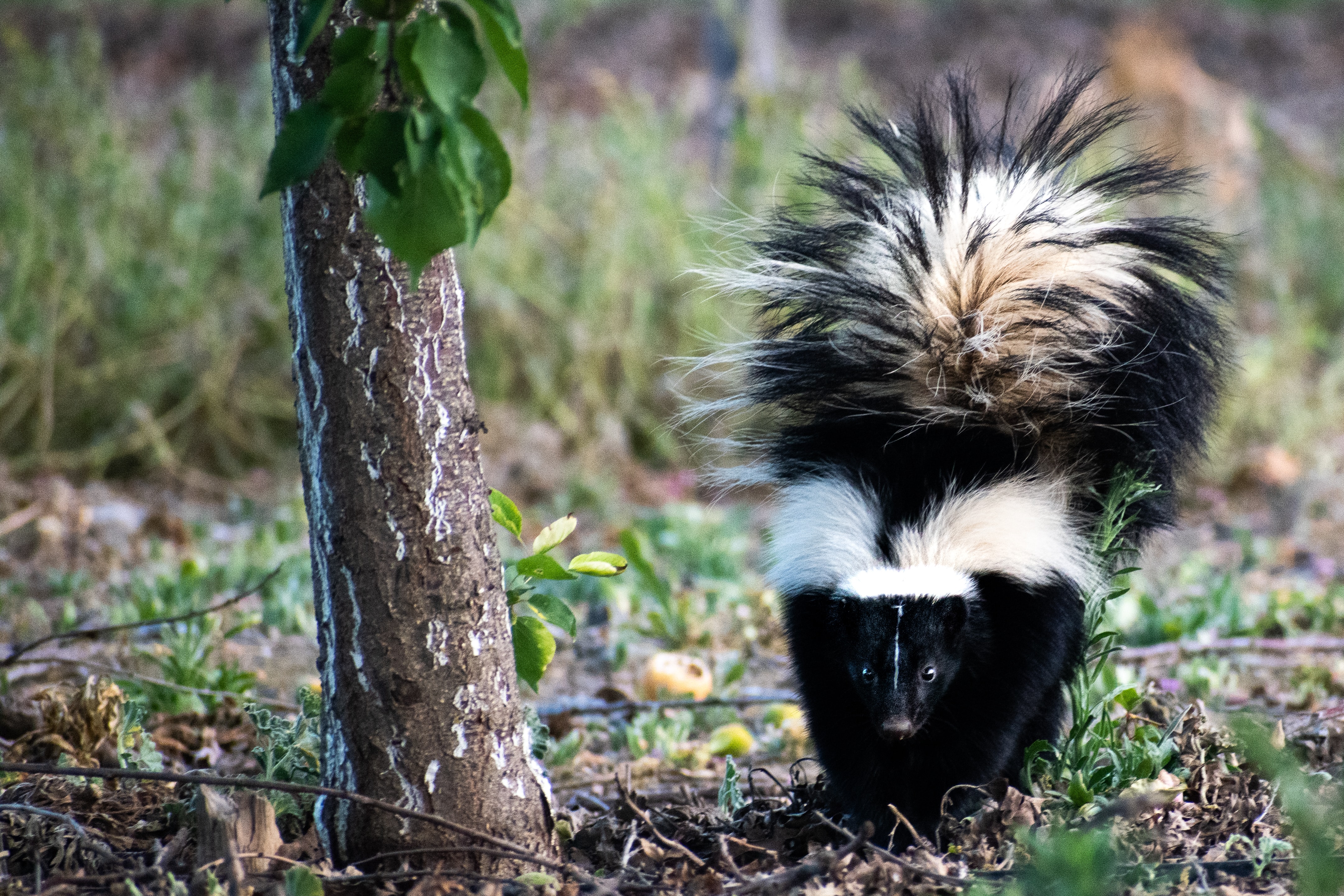 Last of all is the most unfortunate animal on our list. Not only was it demoted to the status of 鼬 (yòu)

This is just a small taste of how fun it can be to learn Chinese and discover all the fascinating connections hidden within! If you’re still hungry for more Chinese learning fun, check out our other blogpost that covers the more common animals and gives you a useful pocket guide!

And if you want to learn how to actually talk to people in Chinese, check out our Beginner Conversational Course here!