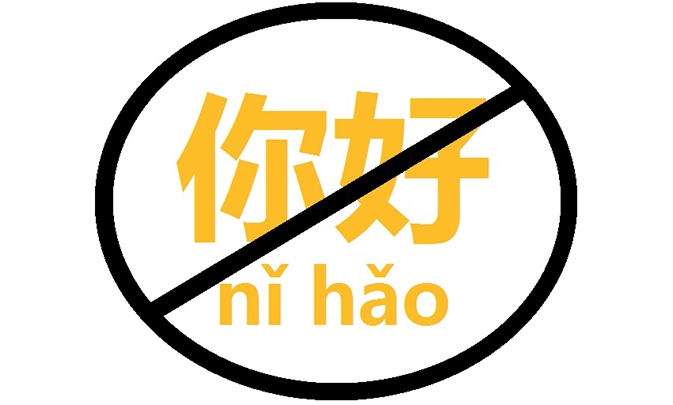 How Chinese People Want to Be Greeted

which means “hello.” That was true for me, and I used it liberally when I first arrived in China, saying “你好 (nǐ hǎo)”

to greet just about anyone I came into contact with.

One day, a Chinese friend let me in on a little secret. She said, “In fact, we Chinese don’t usually say ‘你好 (nǐ hǎo)’

to each other. But we say it with foreigners, because they like it.”

I was shocked!  I felt like I had been on the receiving end of a great conspiracy.

I began paying more attention to what Chinese people said when they came into contact with each other.

Sure enough, the first thing I noticed was that people didn’t often say “你好 (nǐ hǎo)”

when they were already familiar with each other. People were greeting each other in many other ways, but I rarely heard “你好 (nǐ hǎo)”

Before long, I had observed enough greetings to be able to place them into four categories.  Here they are:

Tip: Make sure you're pronouncing the pinyin for these greeting correctly with Yoyo Chinese's free video-based pinyin chart (link). It has audio demonstration for all Mandarin sounds and video explanations for some of the more difficult syllables.


Greeting Type One:  Ask a question 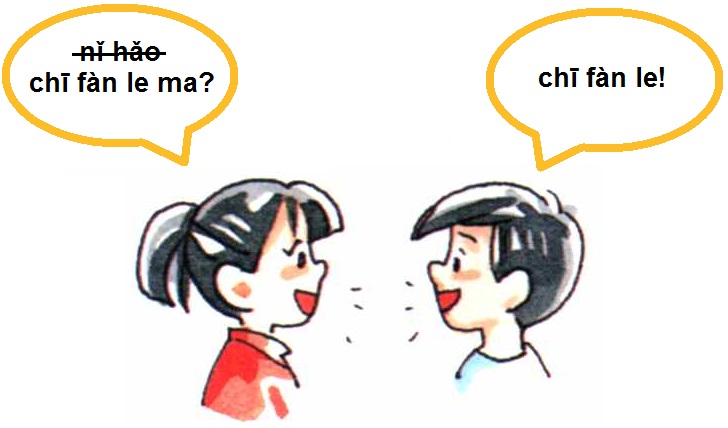 When people are on familiar and casual terms with each other, one will often ask the other a simple question.  This is similar to how Americans casually ask each other, “What’s up?” or “How are you?”  Same concept, but different questions in Chinese.

For example, if you pass by a neighbor in the hallway and it’s around lunchtime, he might ask:

- Have you eaten yet?

Or, if two coworkers meet outside the office, one might ask the other:

- Where are you going?

There’s no need for any other greeting like a “hi” or “hey” before the question, because the question IS the greeting! And, because they are a greeting rather than an actual question, the response to these greetings is usually very simple.  Even if you in fact have NOT yet eaten, it doesn’t matter.

A parallel can be found with Americans: if someone asks, "How are you?" they don't expect any answer other than "Fine" or "I'm good" even if you're having a terrible day.

The “Where are you going?” question is also not meant to be nosy, and can be met with a vague response, such as:

- I’m going out to take care of a few things

My personal favorite way that Chinese people greet each other is when they simply state the obvious. We do this in English too, like when we say, “You’re up early!” or “Gorgeous day today!” But somehow it just seems even more obvious in Chinese, so it really amuses me.

I collected some greetings like this that I heard the security guard in my apartment building say as people exited and entered the building over the course of a couple of weeks. Here they are:

When someone greets me this way, I take my cue from Chinese people and simply grunt in response. That seems to be an appropriate acknowledgement and agreement.

Another very common way that people greet each other is to simply say someone’s name or title.

This is how my neighbors often greet the security guard as they come and go from the building. They simply say “陈师傅 (chén shī fu!)”

This type of greeting seems to be appropriate both for casual greetings as well as more formal greetings.

For example, I know someone who always greets her coworkers by saying their names or titles. For coworkers who are of the same or lower stature in the company as her, she says their name: “徐萍 (xú píng)!”

When I worked at a school, my fellow teachers and I would always greet each other this way. As I passed “Teacher Zhang” in the hallway, I would say “张老师 (zhāng lǎo shī)!”

in Chinese. I also often hear people just respond to this type of greeting by saying “诶 (èi)!”

This is one way that Chinese is very similar to English: “Good afternoon” and “good evening” are reserved for formal or very polite situations, but “good morning” is commonly used as a casual greeting. You can say “早 (zǎo)!”

to just about anybody as long as it’s before 10:00 in the morning or so.

all the time, I noticed that it seemed to increase people’s comfort levels in their interactions with a foreigner.

, I was actually creating an awkward situation and keeping people at an uncomfortable distance, since it’s not commonly used among people who are familiar with each other. Which might make you wonder, when DO people say “你好 (nǐ hǎo)”

to greet someone. But, if you’re ready to take your Chinese to the next level, and want to sound a little less foreign, then try to use it less, especially with people you see often, such as coworkers, doormen, friends, or the fruit vendor you pass on the corner every day.

is just a little too stiff or formal for brief encounters with people like that.

So try one of these other greetings, and let us know how it goes!