5 Books About China You Should Be Reading

China is one of my favorite topics to read about – shocking, I know! – and foreigners writing about China provide an interesting and unique perspective that you can’t always get from reading local authors.

Here are a few recommendations that'll take you from China's pre-concession era to the economic powerhouse that it is today. No matter which book you delve into first, you'll definitely come away from each one with a better understanding of the Chinese culture. 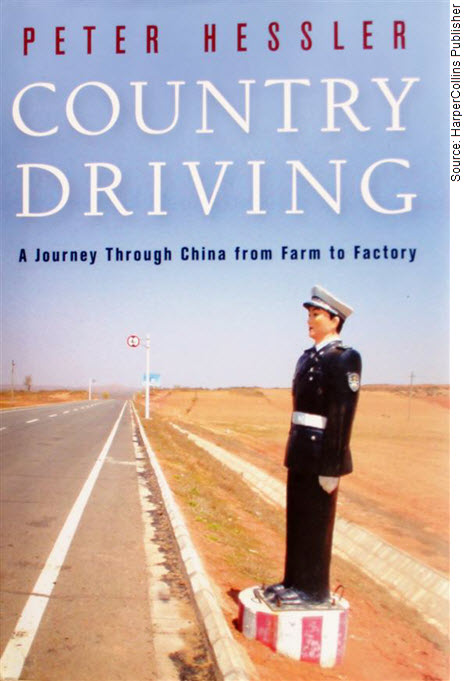 Hessler is sort of considered the most broad-appeal American writer focusing on China these days, but he has a fantastic style that’s both accessible and shows legitimate insider knowledge.

Country Driving isn’t the most famous of his books but it’s definitely my favorite. It’s an examination of China’s burgeoning highway system, but that’s just the surface narrative: Country Driving is really about the many ways China is changing.

With his North American perspective, Hessler is able to shed some light on how modernization and industrialization is making China very Western in some ways, and very non-Western in others.

When you spend most of your time in China in a big city, it’s easy to forget that China isn’t all that different from America in many ways, and Hessler’s descriptions of long road trips and freshly-paved highways suggest a sort of common emotional current that really resonated with me, perhaps because I’ve always enjoyed roadtrips myself.

Hessler has a knack for summing up all that is China in concise little passages:

“In any case, life is complicated in China, and often there isn’t a good solution regardless of how quick you are. The people have a common expression for that: ‘Mei banfa,’ they often say. ‘Nothing can be done.’” 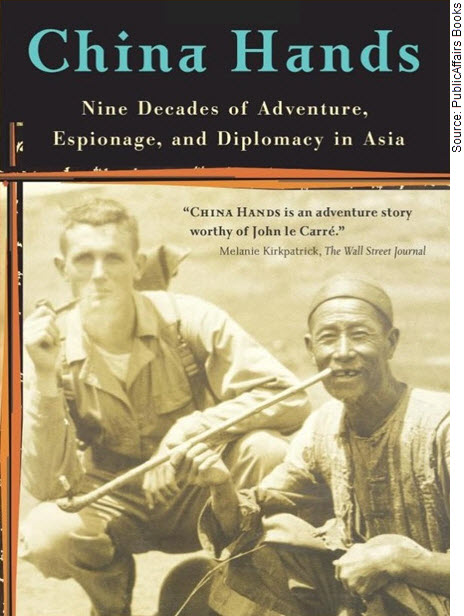 The cover of the book says it all.

Lilley is about as old school as it gets in terms of 20th century American China experts: his father traveled the country working for Standard Oil in the 1910’s, just a few years after the collapse of the Qing Dynasty, and Lilley was born and raised in the then Republic of China. He returned frequently to the country before being named US ambassador to China in the 1980’s.

Basically he’s one of those old guys you meet at a bar that has stories for days, but this old guy (he passed away in 2009 at the age of 81) was the freakin’ ambassador and was present for events including the Tiananmen Square massacre and the Laotian insurgency during the Vietnam War.

There aren’t a great deal of overarching narratives or moral lessons here, and Lilley isn’t a particularly gifted writer, but that’s OK because China Hands reads more like a memoir than anything else.

Not to mention, someone with his experiences has such a rich trove of stories to tell, making the book a must-read for anyone interested in China, particularly 20th century Chinese history and China’s role in Greater East Asia.

He also reputedly had ridiculous Mandarin skills, and chose his own Chinese name: Lǐ Jiémíng (李潔明)

. Lilley was part of the last generation of “foreigners” to have been born and raised in China, which, combined with his intelligence background, results in some serious truthbombs:

“When dealing with China, it was important to keep one’s head on straight. The thaw was founded upon practical considerations, foremost among them being the US and China coming together to blunt the Soviet threat. In an ideological sense, however, the US and China were still polar opposites. They despised capitalism, and we abhorred communism...we took every opportunity to best China and her communist allies.” 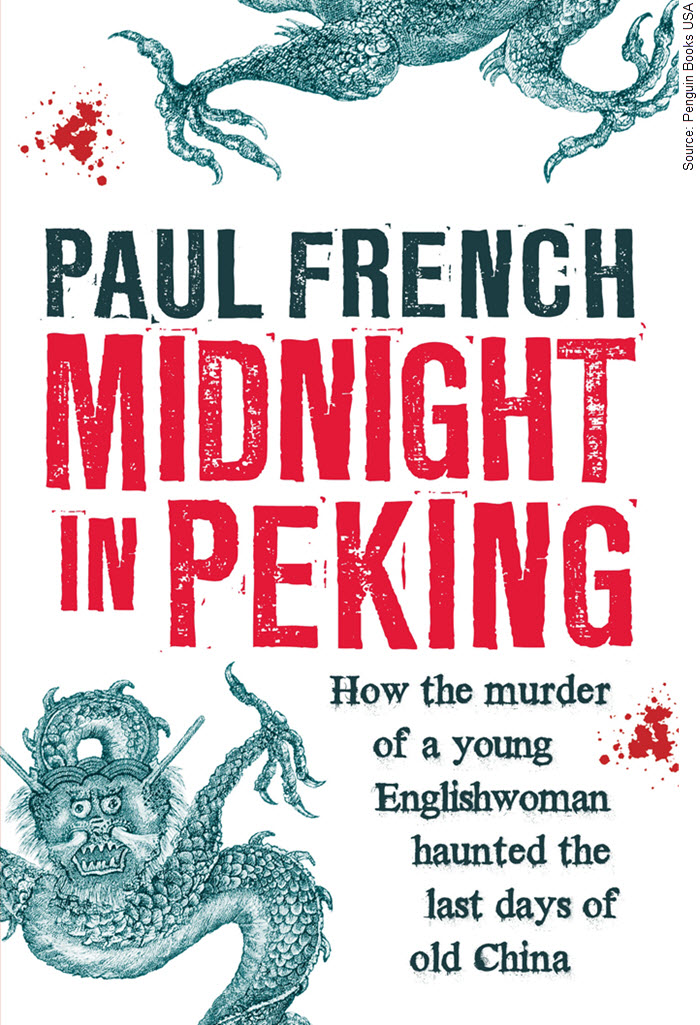 Good fiction set in China is surprisingly rare, but French hits the nail on the head with Midnight in Peking, which tells the story of a British-born, Beijing-raised young woman who was brutally murdered.

It’s actually not strictly fiction per se, as it details a real event, a murder that occurred in Beijing in the late 1930’s, but his style and storytelling chops are up there with some the best mystery and suspense writers around.

I loved the book because of its detailed look at life in pre-Communist, pre-Japanese occupation Beijing. That “concession” era of Chinese history is fascinating, in part because it is so easy to forget that China was once very well-integrated in a political sense with the Western world, and it’s so cool to see how that was reflected in daily life.

French does a fantastic job of depicting a dynamic, vibrant Beijing that’s also slowly coming to grips with the fact that it was a doomed city as the Japanese closed in.

French also excels at capturing the quirky (and often downright ridiculous) character traits of some long-term China hands, as personified by the murder victim’s father, an elderly Chinese culture and language professor:

“He attracted attention - an elderly but straight-backed white man, invariably wearing specially made wraparound dark glasses of his own design to protect his eyes from Peking’s dust storms. Werner maintained all his life that these glasses had allowed him to retain his excellent vision.” 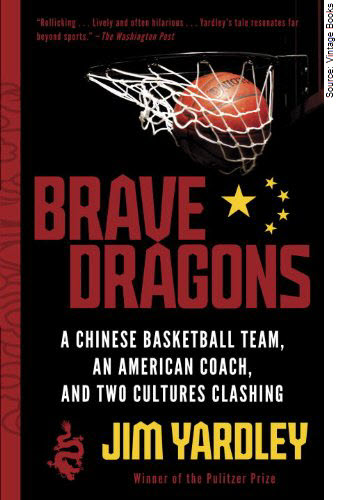 One of my favorite books of the last few years (possibly because China and basketball are my two greatest areas of interest), Brave Dragons follows the Chinese Basketball Association (CBA)’s Shanxi Brave Dragons for one year as they bring aboard an American head coach with NBA experience, a first for the fledgling Chinese league.

It’s a fascinating examination of the way two different cultures look at sports as they try to find common ground over a game they both love in different ways.

Yardley, a former Beijing bureau chief for the New York Times, is uniquely equipped to tell the tale: he’s gifted with a wealth of China experience and insights as well as a surprising amount of insider basketball knowledge.

The personalities introduced over the course of Brave Dragons are endlessly entertaining, from the team’s overbearing coal baron owner, known only as Boss Wang (I assume it’s Wáng lǎo bǎn (王老板)

in Chinese) to newly-arrived American player Bonzi Wells, who at that point was the highest-profile American import in the CBA.

One bit in particular provided some interesting insight into a certain style of Chinese thought and its relationship with the newly-arrived Americans:

“I later had a long lunch with the owner’s son, Songyan, who reminded me that when Wells played for the Trail Blazers, one of his teammates was Scottie Pippen, the longtime Chicago Bulls sidekick of Michael Jordan. Boss Wang figured that Wells had absorbed from Pippen some of the lessons of Jordan. By keeping Bonzi Wells, Boss Wang was only three degrees of separation from the great Jordan.” 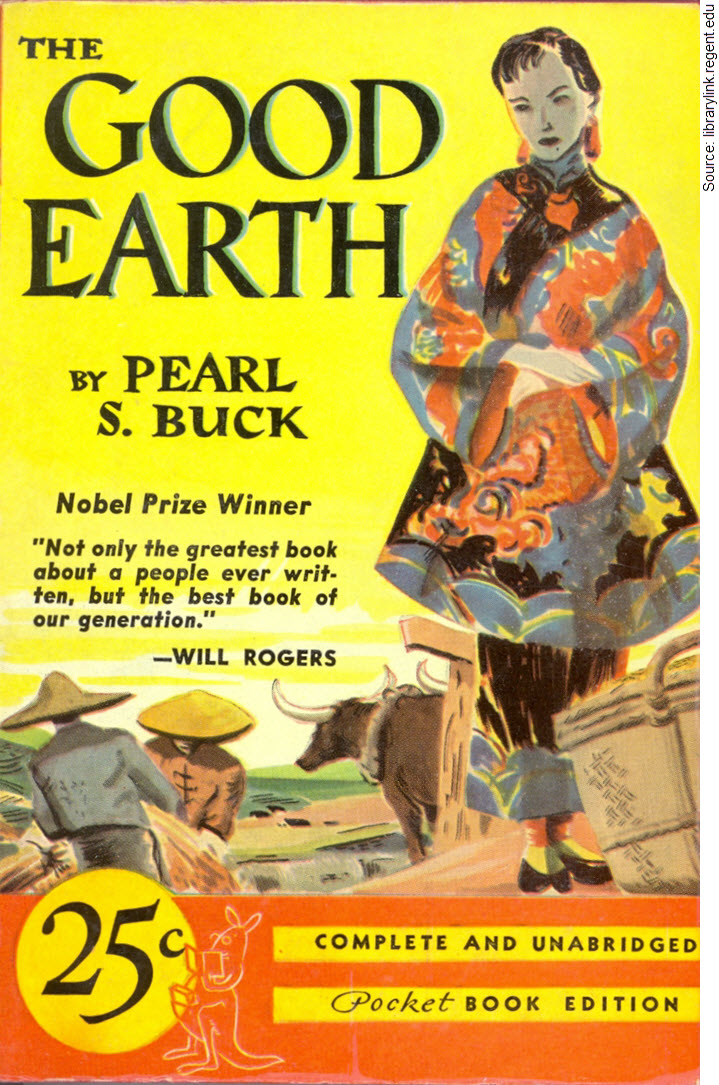 My college English professors would be livid to hear this but I don’t delve into many classics these days; The Good Earth is one very substantial exception.

Pearl S. Buck’s tale of one family’s fortune and misery in early 1900’s China is a common assignment for middle and high schoolers these days, and it’s a brilliant choice because it does a fantastic job of describing Chinese cultural values on both a micro and macro level.

Oprah (who selected the book for her book club in 2004) famously said that The Good Earth made her feel “lucky to have been born in America,” but more than that, it’s an extraordinarily engaging story.

Reading it, you really do genuinely feel for Wang Lung and his family and admire their perseverance. The characters are really well fleshed out and complex.

It was the first book I’d ever read that truly gave me insight into what life was like in another culture and era, and I think in a lot of ways, kindled an interest in China that obviously continues to this day.

It’s also so chock full of little entertaining nuggets of China-ness, particularly if you’ve lived here for a bit. Re-reading it recently, I’ve come to love the non-pinyin (a mix of Wade-Giles and Yale, I think?) proper nouns used throughout the book, such as “Anhwei” for Anhui (安徽)

It’s so striking to see non-pinyin transcriptions that actually kind of make more sense for English speakers, but I think I’ve internalized the pinyin system so much at this point that anything else seems frighteningly odd.

Anyway, Buck herself has a fascinating biography: though born in the States in the late 1800’s, she spent almost her entire life before age 40 in China, and has a bicultural insightfulness few of her time could match.

She famously described how, in China, she “lived in two worlds: the small, white, clean Presbyterian world of my parents, and the big, loving merry not-too-clean Chinese world – and there was no communication between them.”

It’s a lesson that, in many ways, remains relevant today: upon her death, Richard Nixon even called her “a bridge between the civilizations of East and West," which I think is something all of us China-watchers aspire to.

In a bigger picture sense, The Good Earth had a not-insignificant role in shaping American popular opinion in the 1930’s, portraying China as sympathetic allies and the Japanese as savage invaders.

If for no other reason than its impact on the largest conflict of our time, I have to say The Good Earth is my favorite China-focused book. Check out this quote, which has a crazy amount of resonance in modern China:

“But Anhwei is not Kiangsu. In Anhwei, where Wang Lung was born, the language is slow and deep and it wells from the throat. But in the Kiangsu city where they not lived the people spoke in syllables which splintered from their lips and from the ends of their tongues. And where Wang Lung’s fields spread out in slow and leisurely harvest twice a year of wheat and rice...here in the farms about the city men urged their land with perpetual stinking fertilizing of human wastes to force the land of a hurried bearing of this vegetable and that besides their rice.”

There's a lot of good literature out there on China, and I can go on and on about it, but I'll leave you with my top five.If you plan on starting any one of these books, let me know about it in the comments section below!