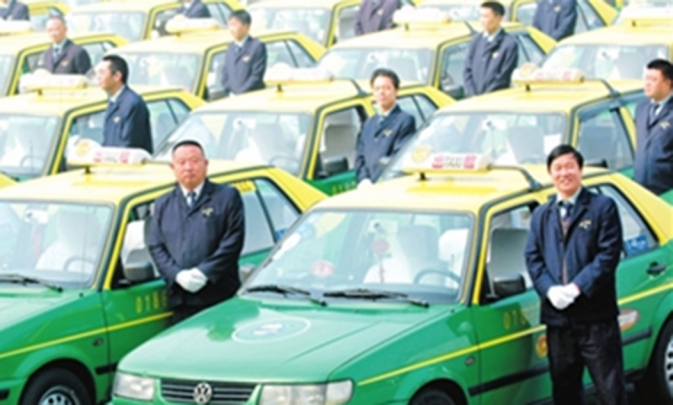 So you’ve landed in Shanghai – I know it seems intimidating. People everywhere, signs in a different language, and it kind of smells weird.

And when you’ve got to find your way around, navigating a Shanghai street can seem like an insurmountable challenge.

But here’s the thing: it's actually a fun, rewarding and surprisingly easy experience!

The city is gifted with reliable, super cheap public transport, and it’s laid out in a pretty simple way. So, here are my tips and fun facts for navigating China’s best city (there I said it).


Metro (or Subway or Train) 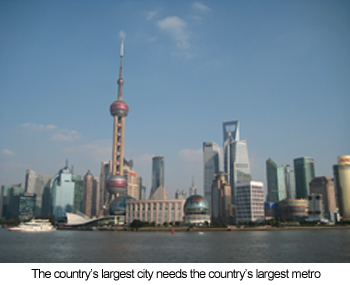 Where I'm from it's called the metro. Shanghai’s metro is the largest in the country, and I can say first hand, it’s actually pretty wonderful.

– is exceptionally easy to navigate, and the whole system is entirely bilingual, with announcements and maps in Mandarin, English and most recently Shanghainese (on some lines)!

Fun facts and even funner things to do on the metro: 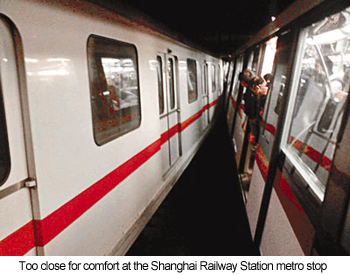 What I’ve also noticed about all these systems is that, because they’re in China, no expense is spared on building the stations and designing a convenient system.

China is in a weird economic position in which the country is wealthy enough to build elaborate and extensive metro systems. However, the people are still poor enough (on average) to not have cars.

Thus, an inordinately high number of people depend on these systems for getting around, resulting in some pretty fantastic and crowded subway systems.

Anyway, Shanghai’s system is designed so that all the stations are similar and easy to navigate, but some stations stand out more than others. Some of my favorite stations include the following: 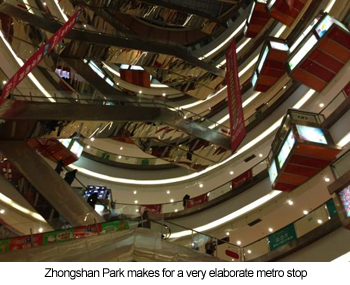 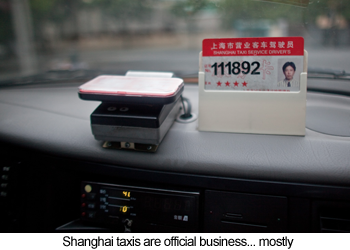 Taxis are actually the primary China urban transport method for some people; they’re (relatively) cheap and plentiful, and the drivers tend to be exceptionally knowledgeable about the city.

Every city operates their taxis differently, but here in Shanghai, there’s a hierarchy of taxi companies that you should keep in mind to optimize your taxi experience (they all have the same pricing structure though)! 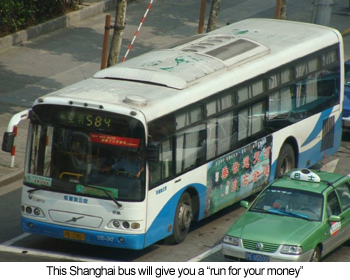 Unlike the metro, buses run late into the night, making them a good after-partying option, but fair warning – buses tend to be the least pleasant way to traverse the city and generally aren’t popular with foreigners.

The drivers aren’t so good with starting/stopping smoothly so you’d better hold on for dear life, and if you’re small you might get shoved around a little bit.

BUT also unlike the metro, there is a flat rate for taking the bus: 2rmb. So you can make your way across the entirety of the world’s largest city for just 33 cents US. Can’t beat that price.

In some of the outer suburbs, in fact, some of the buses feature air conditioning while others don’t – and the non-A/C ones only cost 1rmb!

So if you can tolerate the heat/cold and are saving up for a convenience store baozi or something, you’ve got options. 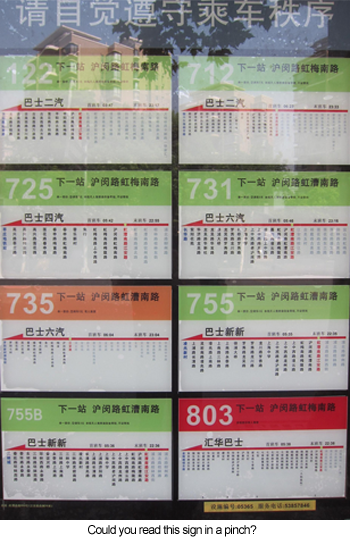 Few Chinese bus systems feature English maps or navigation aids, even in Shanghai, but that’s OK! They’re actually really easy to navigate if you can read or even memorize a few Chinese characters:

Every bus stop has a sign that looks like the photo above. Your current location is highlighted in red.

If you know the characters of the intersection you’re going to, just scan left from your current location until you find them! (Bonus points for being able to read Chinese written vertically old-school style.)

I've learned to decipher these signs, and you can find a way as well. That's part of the fun!

However you choose to make your way through Shanghai, you'll be delighted at the low price and constant entertainment of the crowded public transportation system.

Be brave and try it out next time you're there! Your city experience won't be complete without it.

Have you had some fun or crazy experiences navigating Shanghai or any of China’s wacky and wild cities? Share them in the comments below!