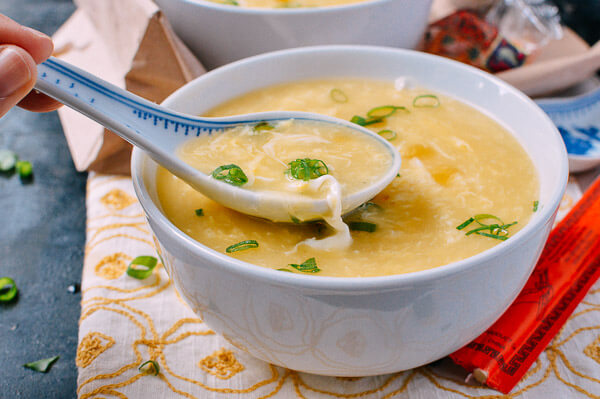 , is a household staple across China. It’s perfect for a quick fix, and as warm and comforting as, well, a good bowl of soup.

The steps to creating it are simple:

The egg drop soup is a humble dish, but there are many ways to dress it up.

In fact, the signs of my own culinary genius first appeared in a pot of egg drop soup, when I garnished it with kernels of sweet corn, sprigs of cilantro, and delicate portions of artisanal crabmeat (Read: Imitation crabmeat).

My mom seemed impressed, at least.

But really, egg drop soup is one of the first dishes I learned to make, and it’s still a reliable go-to.

When I considered where to begin this series of blog posts about food and China’s gustatory history (gusta-story?), I realized: The egg did come first. 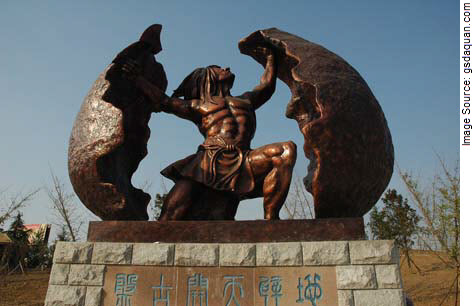 Egg drop soup itself has no origin story, but food historians agree it’s been around for a long time. Domestication of fowl for easy access to the protein in their eggs has been recorded as early as 1,400 B.C.E. in China and Egypt.

In Greece, a bit of lemon flavored the avgolemono; Parmesan did the trick for Italian stracciatella, and in France, egg whites were a key complement to the garlic in le tourin.

In China, the familiar ingredients include chopped scallions, bits of tofu, and a drizzle of sesame oil, but that’s just the beginning of a whole slew of possibility.

Versatility is the beauty of egg drop soup. Tastes vary across regions, with southerners preferring to thicken the broth with cornstarch, and northerners favoring a watery base. Tomatoes, corn, and green peas — all those may get tossed in as well.

Whatever your mood, you can find a version of soup to suit. Here are a few of my favorite additions. (Don’t worry. Imitation crabmeat did not make the list.) 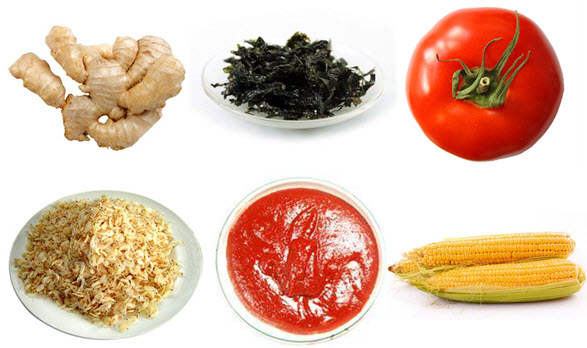 
What’s your favorite version of egg drop soup? Does anyone else have another secret ingredient? Share your dish in the comments below.