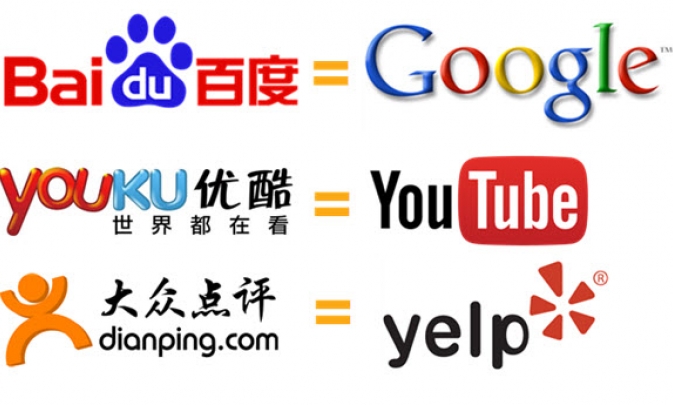 Every country has its own favorite websites, but it seems like certain global titans are big everywhere – you’ve got your Googles, YouTubes, Spotify’s, Reddits, Wikipedias, etc. Except, that is, in China.

For a variety of reasons, the Chinese web functions almost like an intranet. You’ve probably read about some of the foreign sites that are blocked here, but you may not know about the hugely popular Chinese sites and services that are essentially unheard of elsewhere.

Today we’ll take a look at the most popular sites, whose user bases often dwarf their more famous Western counterparts, and even the efforts of certain services (namely Weixin) to expand internationally.

Baidu is China’s most popular search engine and has made a serious effort to basically become the Chinese-language version of Google. They’ve got their own map system, image search, news service and even "bǎi dù bǎi kē (百度百科)", an online encyclopedia that’s China’s closest equivalent to Wikipedia.

Though they generally tend to copy Google and aren’t always the most innovative company around (see the “Baidu Eye” headset that came out soon after Google Glass was released), lately they’ve developed a nice string of hardware products, including a cool, affordable WiFi controlled camera that stores video in the cloud.

Dianping is sort of like the Yelp of China, but a lot more useful and multi-functional.

It’s an app/website that lists local businesses, primarily restaurants, but it’s more than just crowdsourced reviews – it has a well-developed rewards and membership system as well as an analytics platform for business owners and even a popular group-buying (known in Chinese as 团购 (tuan2 gou4))

page that allows users to get hefty discunts at restaurants if they all use the service. It’s similar to group buying services in the US like GroupOn or LivingSocial, but with Dianping it’s built into the ratings and discovery app itself, which makes things just massively convenient.

Basically it’s a much more evolved Yelp, and one of the most innovative Chinese web services out there. Everyone uses Dianping; group chat discussions of where to eat are a never-ending stream of Dianping links or screenshots.

Their app is very well-designed, as well, and it’s something I hope makes its way to the States soon!

Sina is sort of like a Chinese Yahoo!, if I had to make a comparison, because of the wide variety of functions it serves: news, blogging, email, etc.

It’s about as mainstream as it gets on the Chinese web, and they’ve done a great job catering to overseas Chinese with relevant Chinese-language content, developing dedicated sites for North America and Europe.

Sina is also a great resource for reading practice if you’re at that level. Their NBA section, for instance, has some strong writers and has provided me hours upon hours of not-so-boring character study time.

Sometimes you’ve just gotta love when China goes ahead and copies something so directly that it’s just hilarious.

That’s basically the idea behind YouKu, whose name was chosen because of its pinyin resemblance to YouTube (it literally means “excellent and cool”, but sounds a bit awkward by my reckoning).

It serves a similar purpose as a full-service video platform, but also has cool stuff like authorized streaming versions of US shows with Chinese subtitles, which is actually a really interesting way to learn Chinese because you see direct Chinese translations of natural English phrases (instead of the other way around). 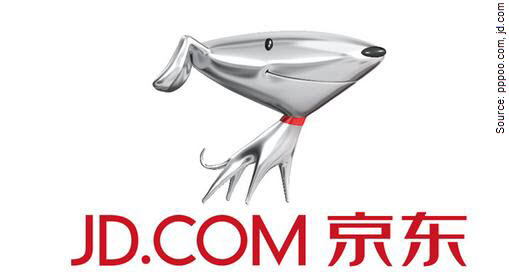 Jingdong is a bit like the Amazon of China, with a focus on electronics but a gradually growing selection of other products as well.

Like a lot of Chinese e-commerce sites, their hallmark has always been a superbly streamlined purchasing process: usually, you can order a product in 3-4 clicks, and while you can use the ubiquitous AliPay payment system, you can just as easily pay cash to the delivery guy upon receipt of the product.

It’s so easy that it’s hard not to buy the occasional extra USB flash drive or space heater – which is exactly what they want!

When I was working in an office full-time and found that I needed something small (extra phone charger, new mouse, or even some new socks), it was preposterously easy to hop on jd.com and order it. Most of the time I would literally forget about it until it arrived a day or two later, but I’d just pay the guy in cash.

Often described at the eBay of China, Taobao is actually something much more: a cultural phenomenon. The sheer variety of stuff available is absolutely unbelievable, and it has made life in urban China much more convenient.

Let’s look at it this way first: Taobao and its sister site Tmall (which is basically the same thing but limited to more established sellers and brands) oversaw US$272 billion in transactions in fiscal 2014 – that’s larger than the GDP of the Philippines, Finland or even Hong Kong.

More to the point, Taobao has enabled China to leapfrog the West in many ways and become a global e-commerce leader.

The low cost of labor and delivery in Chinese cities (you see delivery dudes, known as "kuài dì yuán (快递员)

" on little scooters or e-bikes on every single block at all hours of the day) has led to a situation where nearly every imaginable product is available to you for next or same-day delivery – something I certainly didn’t have back home.

I know tons of people, for instance, that don’t even go grocery shopping anymore. They order all their food on Taobao every day and it’s waiting outside their apartments before they get home from work.

In recent years the amount of imported food on Taobao has exploded, as well, and you can get goodies like cheese, South American coffee and even hard-to-find spices there.

In short it’s kind of the best thing ever, and they do a great job making the purchasing experience easy if you have AliPay.

It may not be wildly innovative, but CTrip (literally “to go the distance,” with a bit of poetic license on my part) is a well-made, useful and reliable travel website, quite an accomplishment for a homegrown Chinese site.

Best of all, it has a top-shelf English version (as well as German, French, Vietnamese and Russian localizations, among others) that usually has the same prices as its Chinese counterpart, another rarity here in China.

Their mailing list is a great way to find out about random last minute ridiculously cheap deals to domestic destinations, and with air travel becoming increasingly popular and affordable within China, CTrip is a must-have travel resource if you’ve had enough of the super-authentic-but-I’m-kinda-over-it long haul train thing.

"fèng huáng (凤凰)", known by its web address iFeng or in English as Phoenix Television, is a Hong Kong-based group of television stations that maintains an increasingly popular website targeted primarily at the Mainland.

A general news site for the most part, iFeng has made inroads in China by sharing occasionally controversial news and insights that its Mainland counterparts are often unwilling to, all without drawing too much attention or scorn from the authorities.

iFeng has also developed a nice mobile app and is becoming something of a new media empire, definitely one to look out for in the future

A Chinese, and way less sketchy version of Craigslist, TongCheng (meaning “same city” in Chinese) is a well-designed tool for connecting people living in the same city.

Its relatively simple, clean design is a rarity among Chinese sites, and it's remarkably easy to use – I bought my bike and my current go-to electric guitar on there, and for people with limited Chinese reading skills, it doesn’t take much time or effort to find what you need and get the contact details of the person who has it.

It’s also an important resource for small businesses in rural China who may not have the resources or funds to set up their own site.

Seems simple enough, but Wall Street sees a lot of potential: Last October TongCheng’s IPO on the NYSE went for over US$150 million, surprising a lot of investors and giving the company some resources to grow with.

It remains to be seen what the site can do to continue turning a profit, but I can attest to its usefulness. It’s really the best place if you need something cheap and don’t mind second-hand stuff, though I maintain that, in Shanghai at least, the best way to get something for really cheap is from bitter expats having moving-away sales on Craigslist!

WeChat aka WeiXin is basically the mac-daddy of all Chinese-built web services.

It’s an app that often gets called the Chinese WhatsApp, but over the last 2-3 years it has completely changed the everyday experience of life in China – I’m not exaggerating.

At its core, WeChat is a messaging platform, but it also offers voice messages, voice/video calls, and a Facebook-like social networking service. It has basically made phone calls, text messages and other social networks obsolete.

Everyone and everything is on WeChat, and it’s now the center of every Chinese company’s social media marketing strategy as well. You can do your online shopping, your banking, your cloud storage and even finding new friends via their crazy radar feature, which lets you find users in your vicinity.

WeChat is attempting to eat the functionality of every other app or web service, and they’re succeeding.

It’s fed in part by the preponderance of super-cheap smartphones (we’re talking ~US$40 for a phone running a bootleg version of Android OS) and the increasing availability of cheap data plans. Even migrant worker can afford to buy a cheap handset, download WeChat and chat away to their hearts content. It’s so ubiquitous that when I go back to the States it takes me some time to adjust to the fact that people actually send text messages there.

Well, there you have it, the major sites that Chinese people use all the time. I’d love to hear about some of your favorite Chinese sites or apps, especially ones you’ve used to help practice your Chinese! Let me know in the comments below.